Kwak Do Won, Yoon Doojoon, And More Partake In A Game With Mysterious Surprises For New Comedy Drama Poster

“There Is No Goo Pil Soo” is a comedy drama about the bromance between Goo Pil Soo (Kwak Do Won), a fried chicken restaurant owner who has a family but no home to live in, and Jung Seok (Highlight’s Yoon Doojoon), a youthful start-up entrepreneur who has big plans but no money.

The newly released poster features Goo Pil Soo smiling brightly at the center with Jung Seok by his side. He is also surrounded by his family members Nam Sung Mi (Han Go Eun) and Goo Joon Pyo (Jung Dong Won) as well as the mysterious figure Cheon Man Geum (Park Won Sook), raising anticipation for the interesting story that will unfold with Goo Pil Soo at the center.

The poster also draws attention to the items drawn on the game board, which connects the characters together. On top of Jung Seok is a lightbulb going off, and beneath him is an upwards trending graph, highlighting his character’s potential as a businessman. Goo Pil Soo’s wife Nam Sung Mi looks to be at a loss between two images of a deserted island and a house, previewing the shock she receives after the owner of the house gives her an unexpected surprise notice.

On the right side of the poster, Goo Pil Soo’s middle school son portrays his bright and energetic nature with musical notes and expensive technology like a smartphone and a mic surrounding him. Finally, Cheon Man Geum laughs heartily in between the icons of a mysterious golden key and two warning signs. 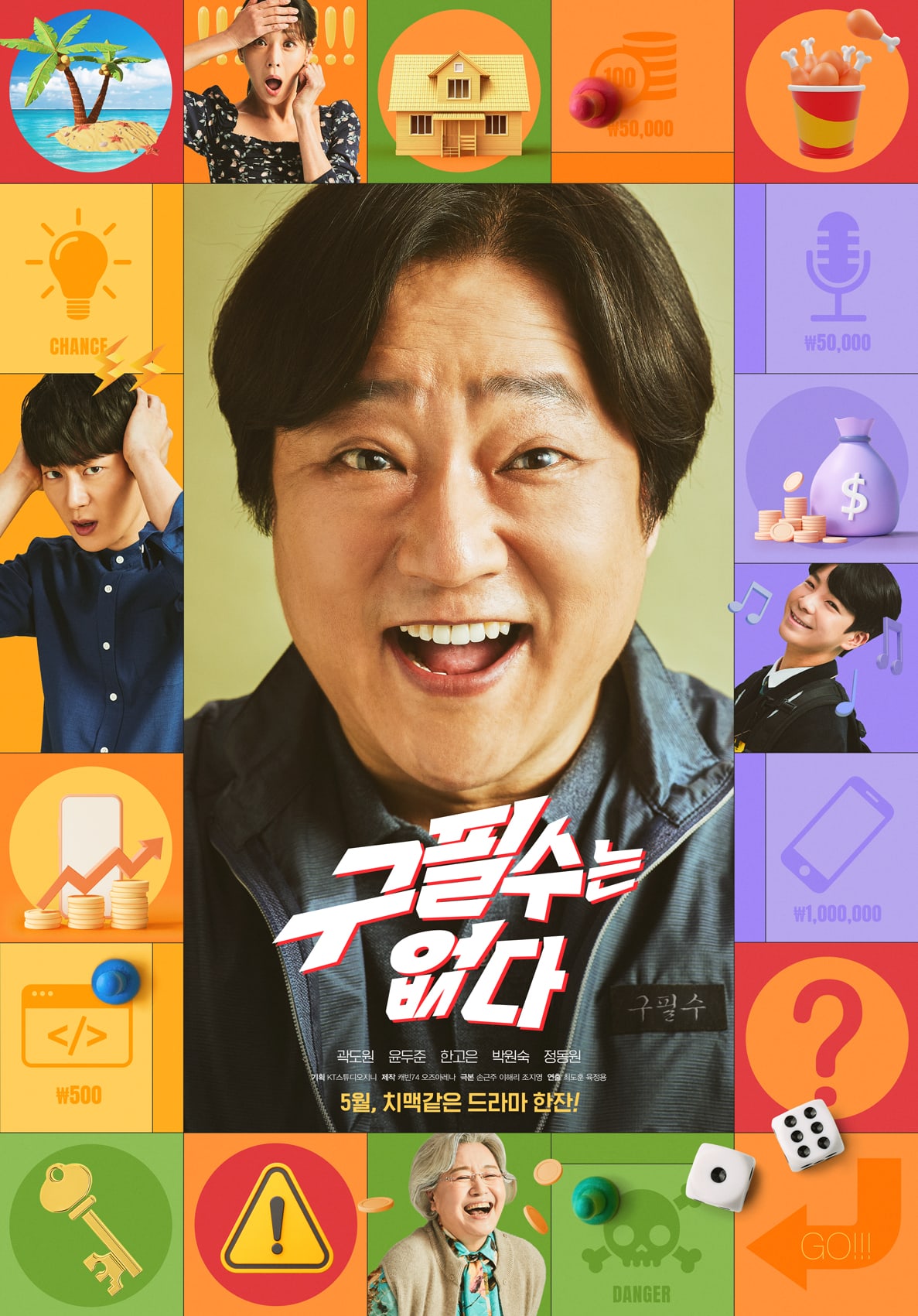 “There Is No Goo Pil Soo” will premiere on Olleh TV, seezn, and skyTV in May.

In the meantime, check out Yoon Doojoon in “Let’s Eat 3“: