SBS’s “A Business Proposal” has shared a sneak peek of its upcoming episode!

Based on a popular web novel that has been adapted into a webtoon, “A Business Proposal” is a romantic comedy about an office employee who goes on a blind date with her company’s CEO in place of a friend while hiding her identity. Ahn Hyo Seop stars as chaebol heir Kang Tae Moo, who has everything from looks and brains to wealth and business savvy. Kim Sejeong stars as food researcher Shin Ha Ri, who stands in for her best friend and chaebol heiress Jin Young Seo (Seol In Ah) at a blind date with Kang Tae Moo.

At the end of the previous episode of “A Business Proposal,” Kang Tae Moo’s grandfather (played by Lee Deok Hwa) told Shin Ha Ri to stay away from his grandson, mistakenly believing that she had approached him under a false identity with ulterior motives. However, just as she was trying to explain herself, he received a phone call with the shocking news that Kang Tae Moo had been in a car accident.

In newly released stills from the drama’s next episode, Kang Tae Moo goes to great lengths to stay in touch with Shin Ha Ri and keep their romance alive while they are separated after his accident. During his stay in the hospital, the injured Kang Tae Moo—whose hand is still wrapped up in bandages—sneaks all the way out to a public phone booth to call Shin Ha Ri, raising the question of why he doesn’t have access to a cell phone.

As the couple talks over the phone, Kang Tae Moo looks deeply worried about Shin Ha Ri, who sadly attempts to smile despite being visibly upset. Kang Tae Moo’s serious expression and the emotion in Shin Ha Ri’s eyes suggest that they have both been through a lot that day—and that Kang Tae Moo has something important he wants to tell her. 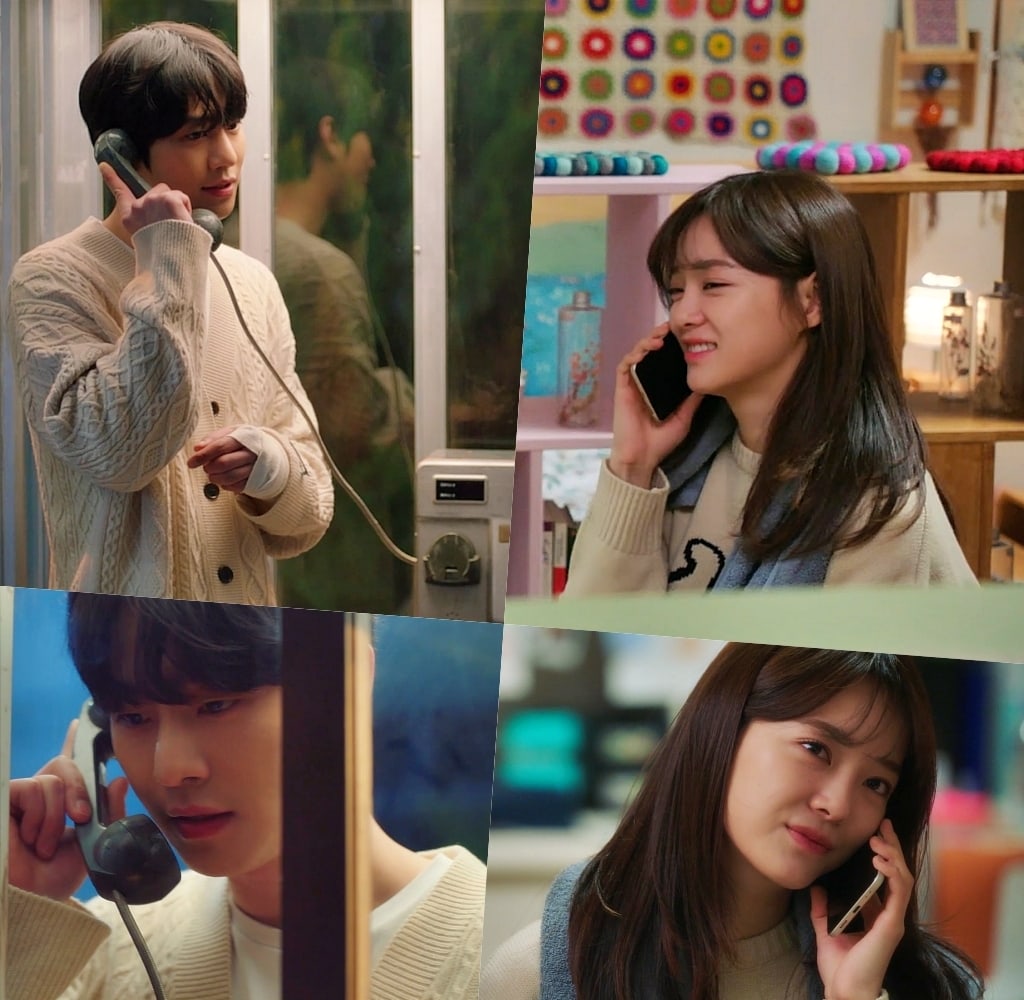 To find out what lies in store for the two lovers, tune in to the final two episodes of “A Business Proposal” on April 4 and 5 at 10 p.m. KST!

In the meantime, watch Ahn Hyo Seop in “Lovers of the Red Sky” with subtitles below: