Previously, Do Bae Man and Cha Woo In had their sights set on targeting Noh Hwa Young (Oh Yun Soo) in their quest for revenge. At the end of episode 8, they found out that the person who had cut the leg of the Mine Hero Won Ki Choon (Im Chul Hyung) was none other than Noh Hwa Young. It remains to be seen how the pair will retaliate against the villain who is always one step ahead.

The new stills show Do Bae Man as he attempts to expose the scam of the Mine Hero once and for all. Standing in front of a sea of reporters, he appears more resolute and determined than ever. He even has a secret card up his sleeve to prove that the fake Mine Hero had deceived the entire nation. Behind him, someone stands at the podium with their head lowered in shame.

Joining Do Bae Man at the press conference are detective Do Soo Kyung (Kang Mal Geum), judge advocate Seo Joo Hyuk (Park Jin Woo), and Kang Ha Joon (Kang Young Seok). Kang Ha Joon looks off in the distance with an uneasy expression, foreshadowing more trouble ahead. The meeting between Do Soo Kyung and Seo Joo Hyuk is also eye-catching as they size each other up. 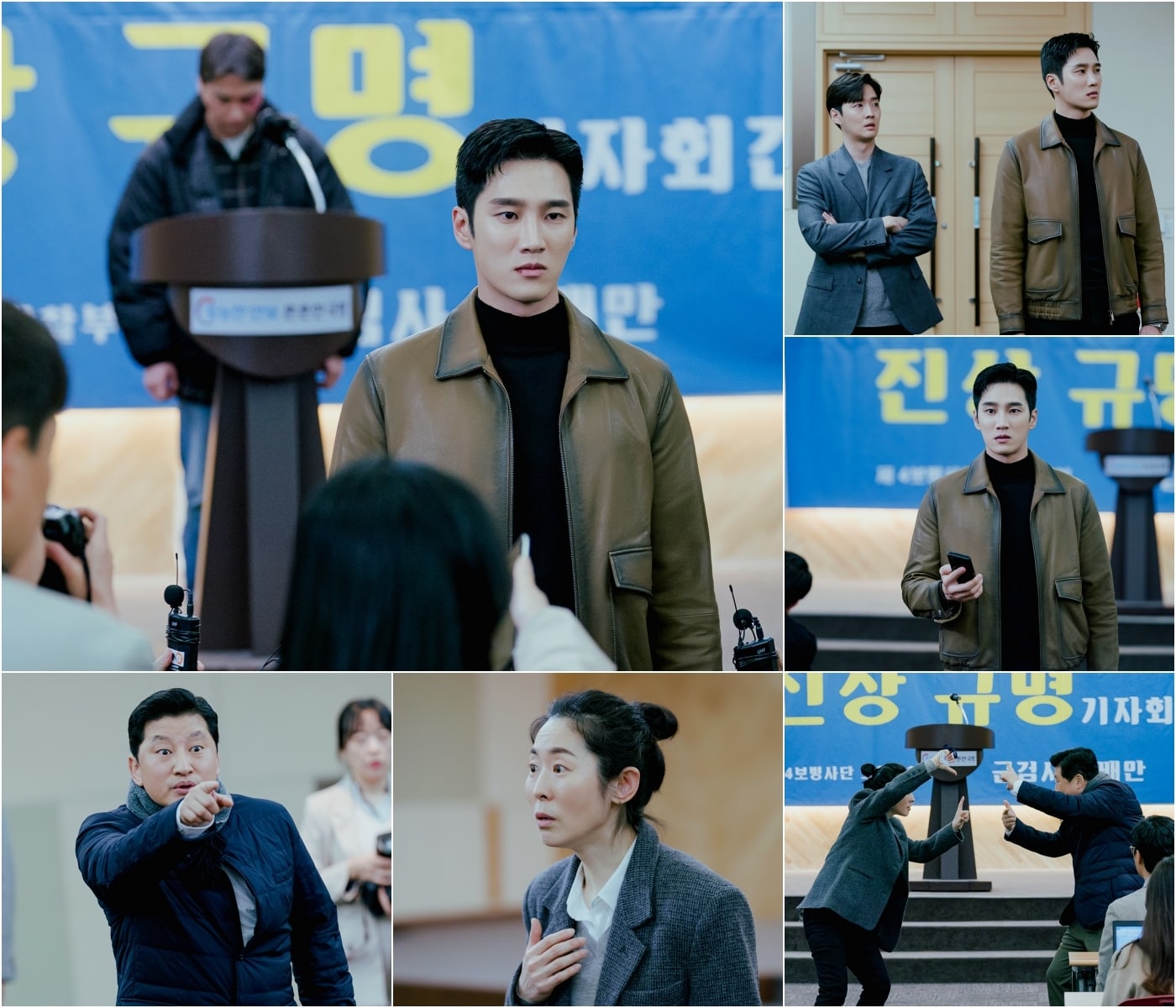 In the preview for episode 9, Do Bae Man announces at the press conference, “This case is not simply about the fabrication of the Mine Hero, but rather a preview of a massive gateway.” To find out whether or not Do Bae Man and Cha Woo In’s plan will succeed, tune in to the next episode, which airs on April 4 at 10:30 p.m. KST.