“The Sound of Magic” has released a new poster!

Upcoming Netflix original series “The Sound of Magic” is described as a fantasy music drama about the story that unfolds when the mysterious magician Lee Eul (Ji Chang Wook) suddenly appears in front of a girl named Yoon Ai (Choi Sung Eun), who has lost her dreams, and a boy named Na Il Deung (Hwang In Yeop), who is being forced to dream. The drama is based on the webtoon “Annarasumanara” by writer Ha Il Kwon which was serialized on Naver Webtoon in 2010 and adapted into a play.

The newly released poster features Lee Eul in a magical setting. Lee Eul sits alone in a dreamlike amusement park with only a parrot and a butterfly to keep him company. Bubbles float in the air as the magician is shrouded in a blue light. The darkness of the night adds to the mysterious atmosphere, making the pieces of floating light in the air shine even brighter in contrast.

Furthermore, Ji Chang Wook has flawlessly transformed into the magician Lee Eul from his outfit to his expression. Viewers are curious to find out what role he will play in changing the lives of Yoon Ai and Na Il Deung, who want to remain as children because they grew up too early from the burdens of reality. The text on the poster asks, “Do you… believe in magic?” inviting viewers on a magical journey. 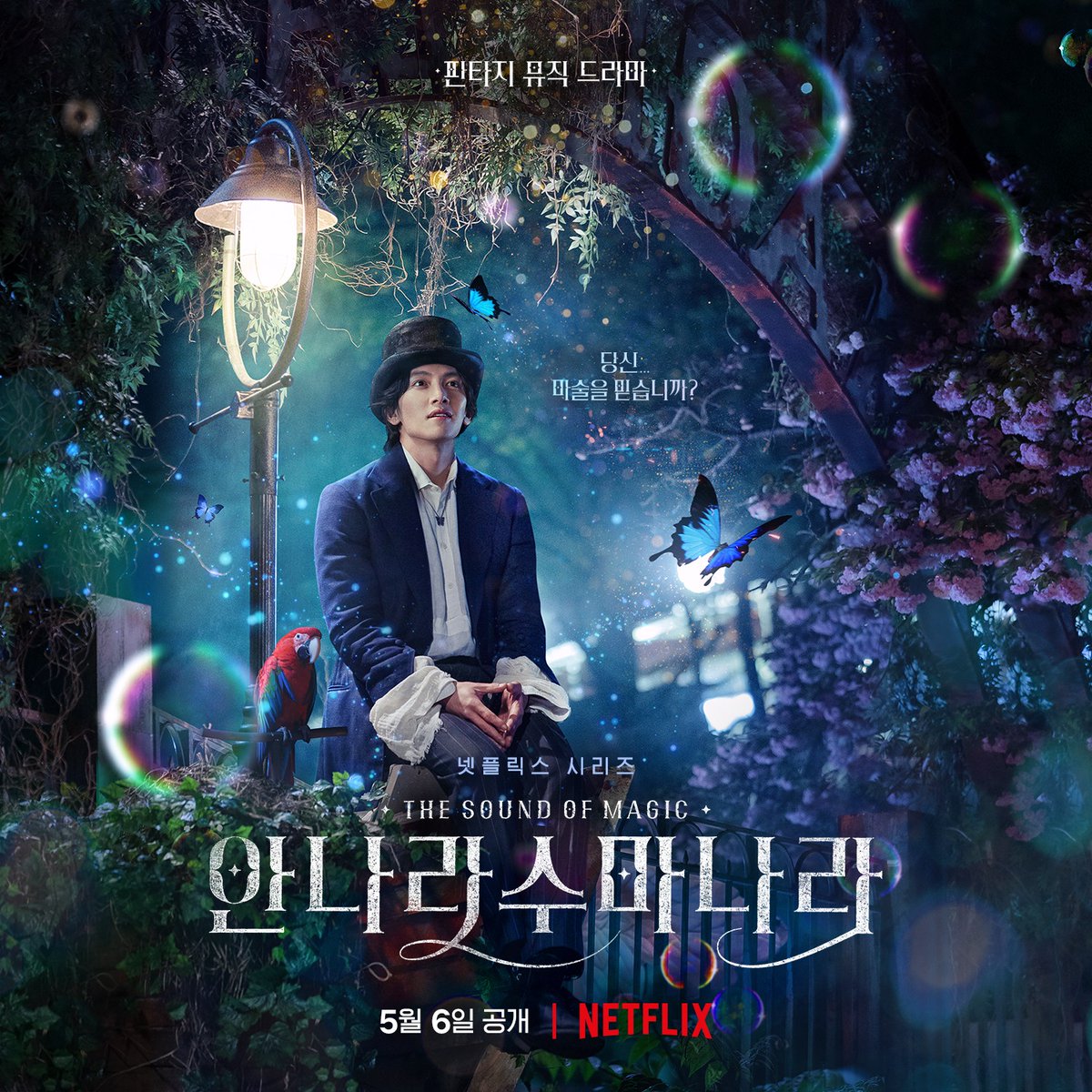 “The Sound of Magic” will premiere on May 6. Stay tuned for more updates on the drama!

In the meantime, watch Ji Chang Wook in “Backstreet Rookie“:

Ji Chang Wook
The Sound of Magic
How does this article make you feel?