Kim Tae Ri Shares Her Thoughts On “Twenty Five, Twenty One” Finale, Playing A Student Role In Her 30s, Working With Nam Joo Hyuk, And More

Following the conclusion of “Twenty Five, Twenty One,” Kim Tae Ri participated in interviews with various news outlets to discuss the drama’s ending, her chemistry with Nam Joo Hyuk and WJSN‘s Bona, and more!

Set in the late 1990s, tvN’s “Twenty Five, Twenty One” is about two young people who fall in love amidst the aftermath of the IMF crisis. Kim Tae Ri stars as Na Hee Do, an aspiring fencer, while Nam Joo Hyuk stars as Baek Yi Jin, a reporter whose family was torn apart due to the financial crisis. WJSN’s Bona plays Go Yu Rim, a national fencing athlete who does her best to protect her family despite difficult financial conditions. The popular drama aired its finale on April 3, ending on its highest viewership ratings.

Kim Tae Ri explained that she had not expected such a hot response for the drama, sharing, “I’m not the type to do projects while thinking a lot about the results. While filming this drama too, I wasn’t hoping for a lot. However, since we all filmed so difficultly in the winter, the staff members went through a lot. Since the staff filmed with us like family from the very start to the very finish, feeling like we’ve been somewhat rewarded with the viewership ratings has been really nice.” 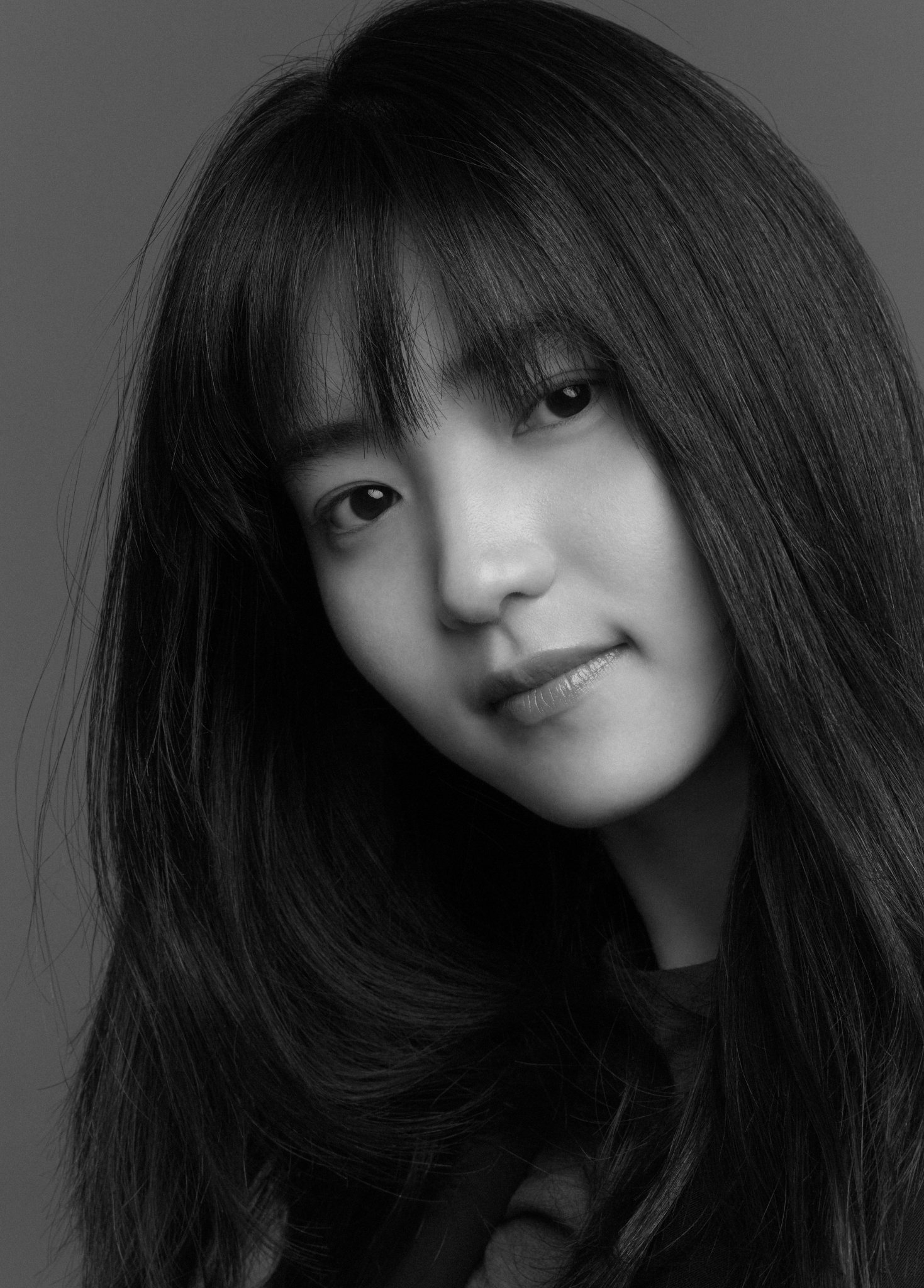 “Twenty Five, Twenty One” is Kim Tae Ri’s first drama in nearly four years since she starred in tvN’s “Mr. Sunshine,” which impressively peaked at viewership ratings of 18.1 percent. The interviewer praised the actress for having an eye for hit projects and Kim Tae Ri responded with a smile, “It’s not that I’m good at picking scripts, I think I read scripts well.”

In her latest role, Kim Tae Ri played the honest, energetic, and free-spirited Na Hee Do, a high school student who dreams of becoming a national fencing athlete. The actress commented, “At first, I think I acted very instinctively as Hee Do. After Hee Do experiences trauma, pain, conflict with her mother, and the gold medal incident, I felt that I was thinking about it wrong.”

Kim Tae Ri explained, “As my 33-year-old self, I so obviously thought, ‘What would this have been like for me?’ But to be honest, I am 33 years old. I think there were some aspects that I missed in terms of what I would’ve done as a high school student.” 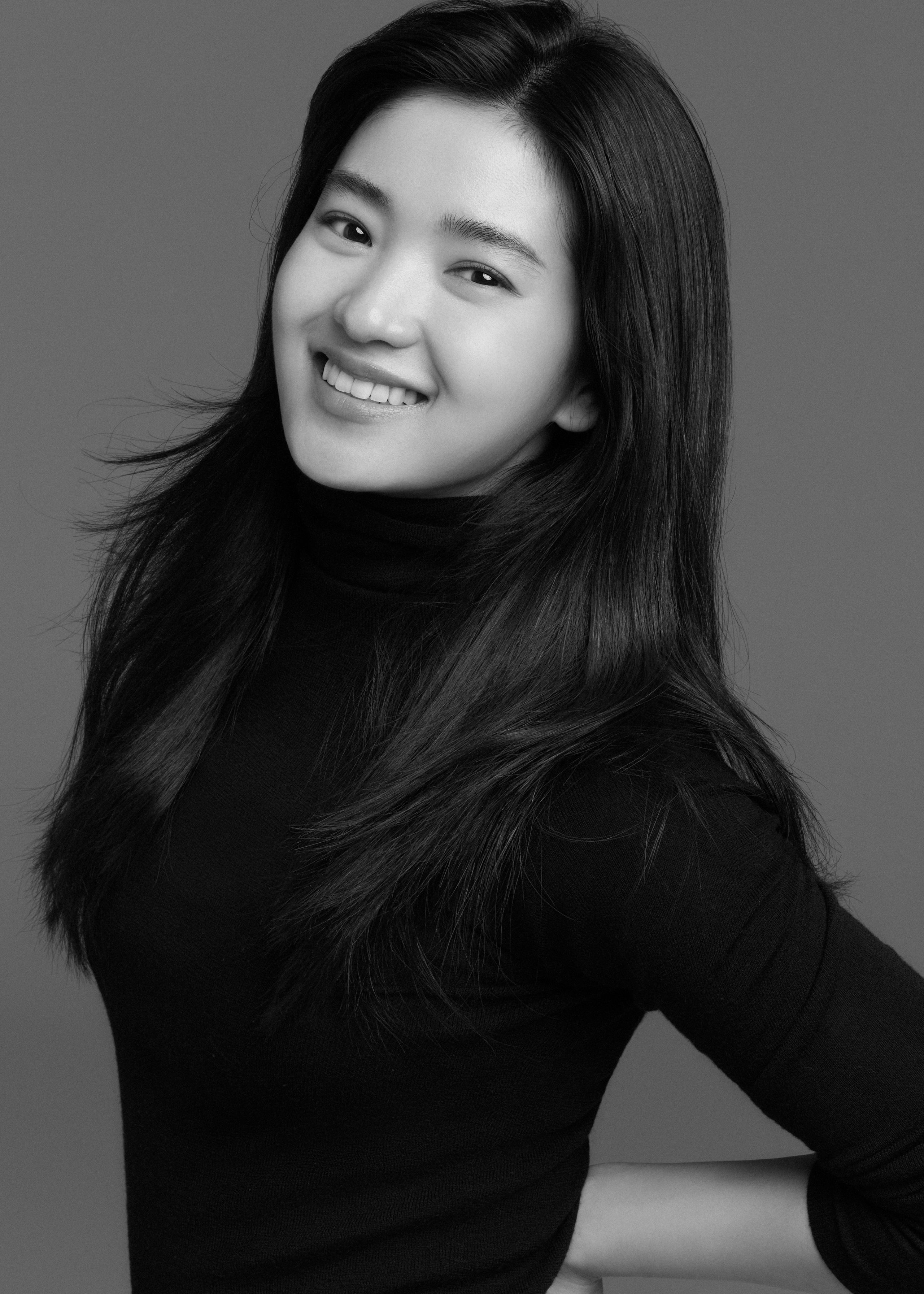 Although the drama started off as a lighthearted romantic comedy, viewers were quick to notice that present-day Na Hee Do had a daughter whose last name was different from her love interest Baek Yi Jin, implying a sad ending where they do not end up together.

Regarding viewers’ support of their romance, Kim Tae Ri shared, “I think it’s because they were so pretty. Before [the drama] aired, we’d promote it in interviews and press conferences as ‘a story regarding the first love that everyone has,’ but it was much more beautiful than that. Honestly, the special relationship between the two of them was drawn out so beautifully, to the point where I wondered if anyone had a first love like that.”

She agreed with viewers, adding, “While watching the drama, I also felt that Hee Do was so lovable and that Baek Yi Jin was such a good and warm person. It was the same for Hee Do. Wouldn’t it have been [viewers’] desire for their mutually supportive relationship to continue on until the end? And until marriage, if marriage was the end? If I was a viewer and not the actor, I would’ve support their happy ending too. I feel apologetic because so many viewers supported us. I’m sad too.”

A huge part of the drama was emphasizing the passion of youth, specifically Na Hee Do’s love for fencing. Kim Tae Ri compared this to her passion for acting, explaining, “As I do my own work, acting, I may not have done it 100 percent as happily as Hee Do, but there are moments when I say, ‘This is still so fun to me.'”

Kim Tae Ri continued, “Even if I say ‘Ah, this is hard’ and just do my work as my everyday life, there are moments when I’m watching senior actors or when I’m on stage and realize things that I hadn’t been able to think of one or two months before. There are also moments of sudden inspiration.”

She added, “There are times when I think, ‘How can there be something this fun?’ I think those moments are all youth. I think of those moments as very bright moments. When I was acting as Hee Do, I did not think about my childhood. I did not have such a twinkling childhood. I was jealous while acting.” 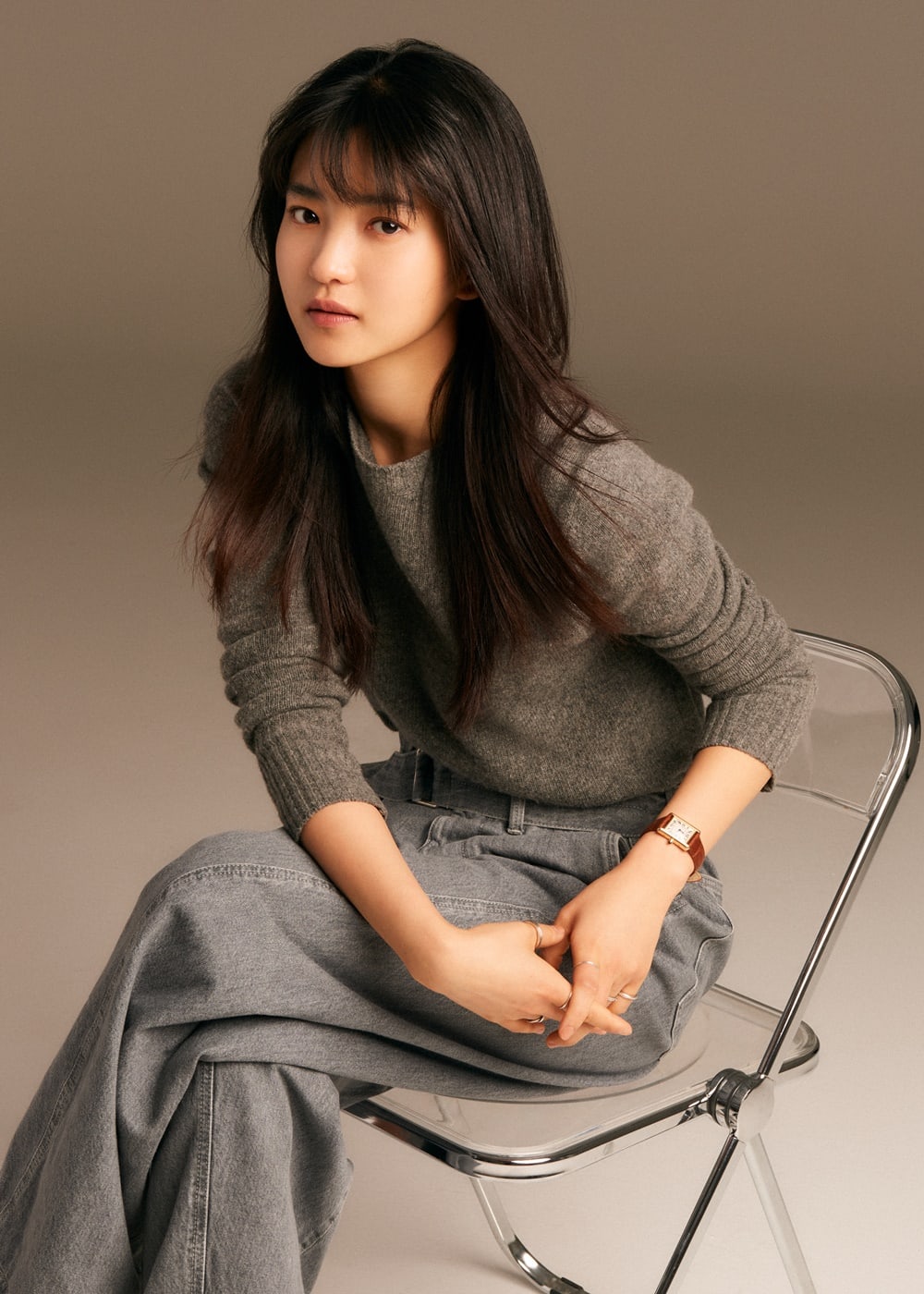 Despite being in her thirties, Kim Tae Ri easily pulled off the role of a high school student. She revealed that she didn’t feel any pressure regarding this and shared, “I didn’t ever think, ‘How do I do this?’ I just did it. I didn’t intentionally raise or lower my tone and I just did it as it came out. That’s why it was so fun.”

While viewers were rooting for a happy ending for Na Hee Do and Baek Yi Jin, the drama also garnered lots of discussion for featuring a romance between a 23-year-old and an underage 19-year-old. Kim Tae Ri shared, “This is a really difficult aspect to comment on. These are aspects that we discussed a lot when I first read the script and were in the process of talking about our characters. We thought of it as something we had to approach carefully.”

The actress continued, “Honestly, from Hee Do’s perspective, this wasn’t something to pay a lot of attention to. However, from the perspective of Nam Joo Hyuk acting as Baek Yi Jin, it was a really important aspect. The actors paid a lot of attention to this and acted carefully. We constantly were in discussions with the director and writer. The director also thought a lot about how to approach this from a directing standpoint with the actors. I think that’s how we gradually created it, one-by-one.”

Regarding her chemistry with Nam Joo Hyuk, Kim Tae Ri shared, “It was so fun to think about acting with Joo Hyuk. He’s such an exceptional actor. Actors all have their own tendencies so when I see actors with tendencies different from me, I think, ‘How can they do that? They’re so good.’ I learned a lot while watching Joo Hyuk. What I wanted to resemble most was his improvisations. He’s really good at improvisations.”

Kim Tae Ri also filmed a lot with WJSN’s Bona, whom she took fencing lessons with before filming officially began. She commented, “With regards to Jiyeon [Bona], we had a lot of time to work together. We learned fencing together and played a lot of games. Since our characters had the same careers, we spent a lot of time together. Since we talked a lot too, it was so comfortable when we began filming. I thought a lot about what kind of person she is and what kind of thoughts she has.” 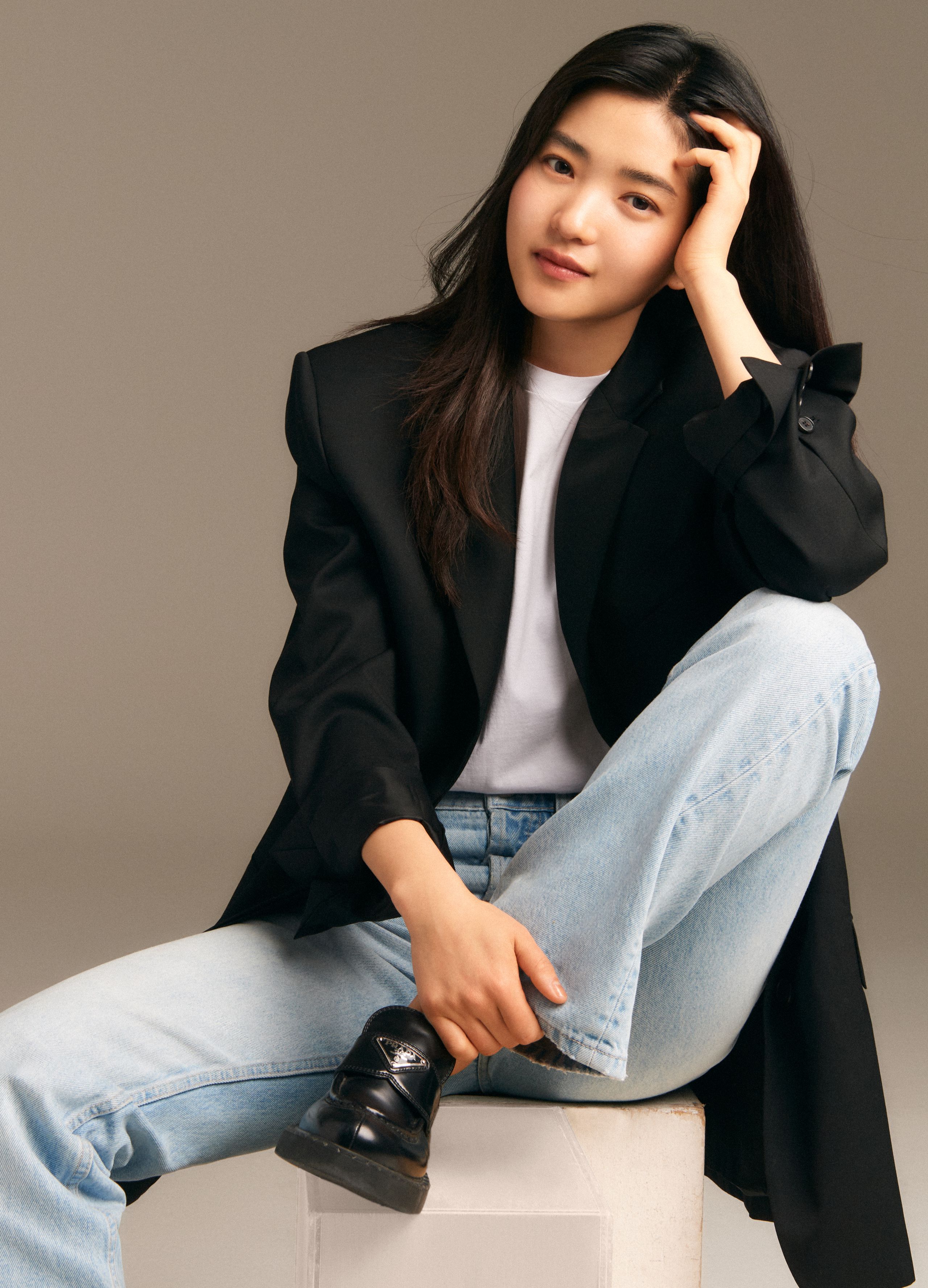 When asked what kind of actress she wants to become, Kim Tae Ri immediately answered, “A good actress.” She elaborated that in elementary school, letters were sent home to parents and they were asked what the child wanted to be when they grew up, and what the parents wanted them to be. Instead of writing down a career, Kim Tae Ri’s father wrote, “A good person.”

Throughout the drama, Kim Tae Ri portrays Na Hee Do as a teen, all the way into her twenties. Regarding this, Kim Tae Ri commented, “It was really hard. I think I was trapped in thoughts like, ‘At what point do I have to start to change? Wouldn’t Hee Do’s attitude be different after experiencing this incident? Wouldn’t her thoughts change?’ I constantly thought of pointless things like, ‘Is this Hee Do? Is this the Hee Do I created?'”

She continued, “But Nam Joo Hyuk told me this a lot. He told me, ‘People don’t change a lot just because they get older,’ and I think that’s true. While a lot of things have probably changed since I was younger, I don’t think the big things have changed. I realized a bit later that things like Hee Do’s identity doesn’t change a lot.” 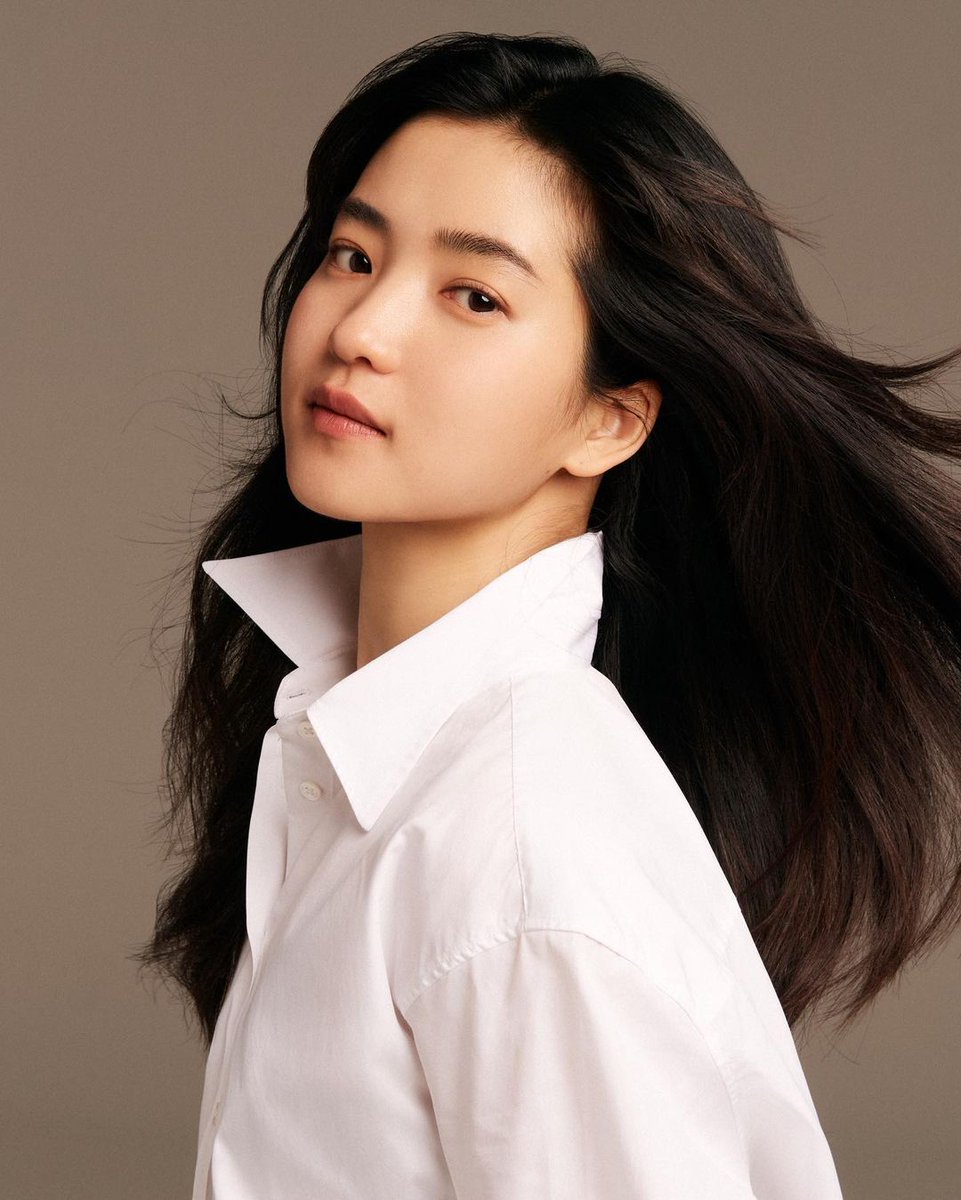 Unlike viewers’ hopes, “Twenty Five, Twenty One” inevitably ends with a bitter conclusion. Kim Tae Ri also expressed her sadness, sharing, “I was so sad. Everyone has a first love but my first love wasn’t anything like Hee Do and Yi Jin’s. They had such a fantasy-like first love. Doesn’t it feel like they had everything you could add to a first love? Breaking up with that kind of first love was so sad to me.”

Kim Tae Ri added, “We see dramas in the moment, as if Hee Do is experiencing this in the moment, but honestly when you think about your first love, don’t you glorify it or frame it more beautifully? That’s why I think that faint and abstract beauty appears like reality when you’re watching a drama. That aspect is so sad.”

When asked about her own first love, Kim Tae Ri made everyone laugh as she responded, “I don’t want to tell you that!” She then intriguingly added, “Anyways, it wasn’t like Hee Do’s.”