SBS’s “A Business Proposal” is reaching its end!

Based on a popular web novel that has been adapted into a webtoon, “A Business Proposal” is a romantic comedy about an office employee who goes on a blind date with her company’s CEO in place of a friend while hiding her identity. Ahn Hyo Seop stars as chaebol heir Kang Tae Moo, while Kim Sejeong stars as food researcher Shin Ha Ri, who stands in for her best friend and chaebol heiress Jin Young Seo (Seol In Ah) at a blind date with Kang Tae Moo.

The newly released stills reveal Kang Da Goo at the hospital. Next to him, Shin Ha Ri supports him by his side to help him stand. Kang Da Goo wears a dissatisfied expression, but Shin Ha Ri is not discouraged. The upcoming episode will showcase what Shin Ha Ri has planned to capture Kang Da Goo’s heart and whether she will be able to successfully persuade him. 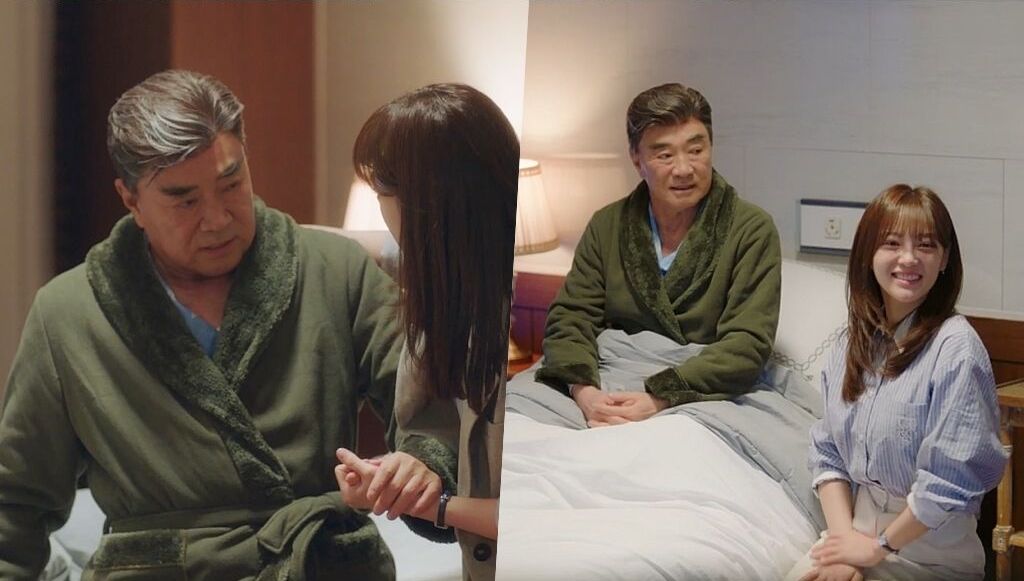 On the other hand, Kang Tae Moo also has his work cut out for him as he receives the disapproving gazes of Shin Ha Ri’s parents Shin Joong Hae (Kim Kwang Kyu) and Han Mi Mo (Jung Young Joo). Shin Ha Ri’s parents still believe that Kang Tae Moo is deputy director Gye Bin (Lim Ki Hong), Shin Ha Ri’s coworker, and he got in trouble in the last episode for expressing interest in their daughter. Even if he resolves the misunderstanding, his status as a member of a chaebol family may be burdensome to Shin Ha Ri’s family, raising anticipation for how Kang Tae Moo will persuade her parents.

Furthermore, malicious rumors began to spread within the company about the relationship between the CEO and a company employee. Not to mention, the rumors stated that Shin Ha Ri had cheated on Kang Tae Moo. Kang Da Goo told Kang Tae Moo to stay in the United States until the rumors died down, and the upcoming teaser revealed Kang Tae Moo and Shin Ha Ri sharing an emotional hug at a playground together. Kang Tae Moo asked, “Do you think we can live separately?” raising questions about the future of their relationship. 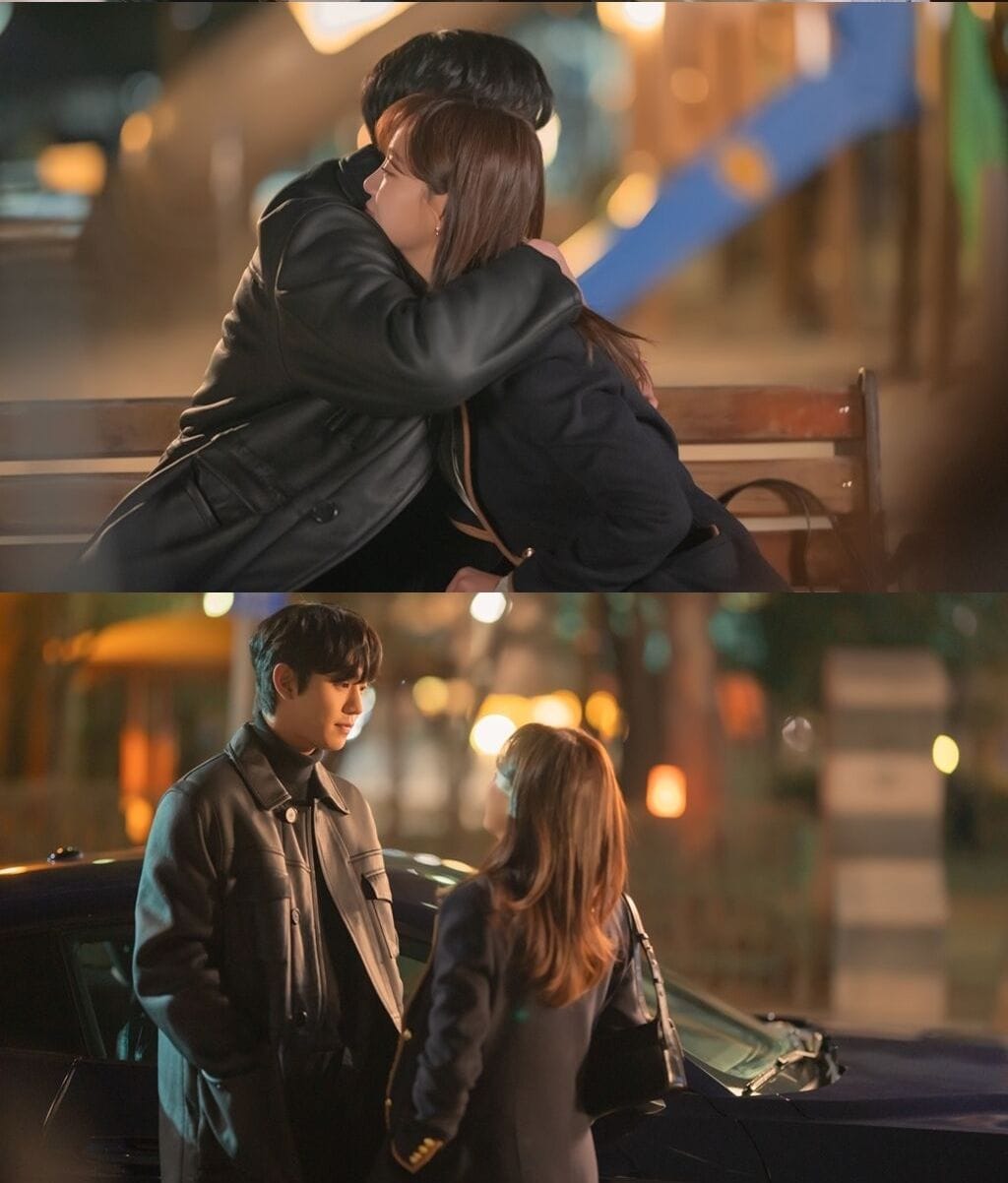 The production team shared, “We made this project while thinking that we wanted to gift comfortable laughter to the viewers’ everyday lives. Tae Moo and Ha Ri have to overcome the problem of their families’ opposition, but the process of them solving [these issues] will be fun that viewers can’t miss out on. Ha Ri is the type to confidently say no to Kang Da Goo’s request to turn in a resignation letter, while Tae Moo also showed his firm resolve to love Ha Ri even while throwing everything of his away. Please keep a watch out until the end for the love between the Tae Moo and Ha Ri couple, who will face their problems head-on.”

The final episode of “A Business Proposal” will air on April 5 at 10 p.m. KST.

While waiting, watch Ahn Hyo Seop in “Lovers of the Red Sky” below: