IVE On Feeling Pressured By The Success Of “ELEVEN” During “LOVE DIVE” Preparations, Wanting To Promote Overseas, And More

On April 5, IVE held a showcase for their first-ever comeback with “LOVE DIVE”!

Jang Won Young, who currently hosts KBS’s “Music Bank,” shared, “I know it’s hard to win 13 trophies and triple crowns so it’s such an honor to have been able to do so. I’m an MC for a music show so handing my members the trophy was a happy experience that I’m grateful for. I want to achieve good results for these promotions too and hand them a trophy [again].” 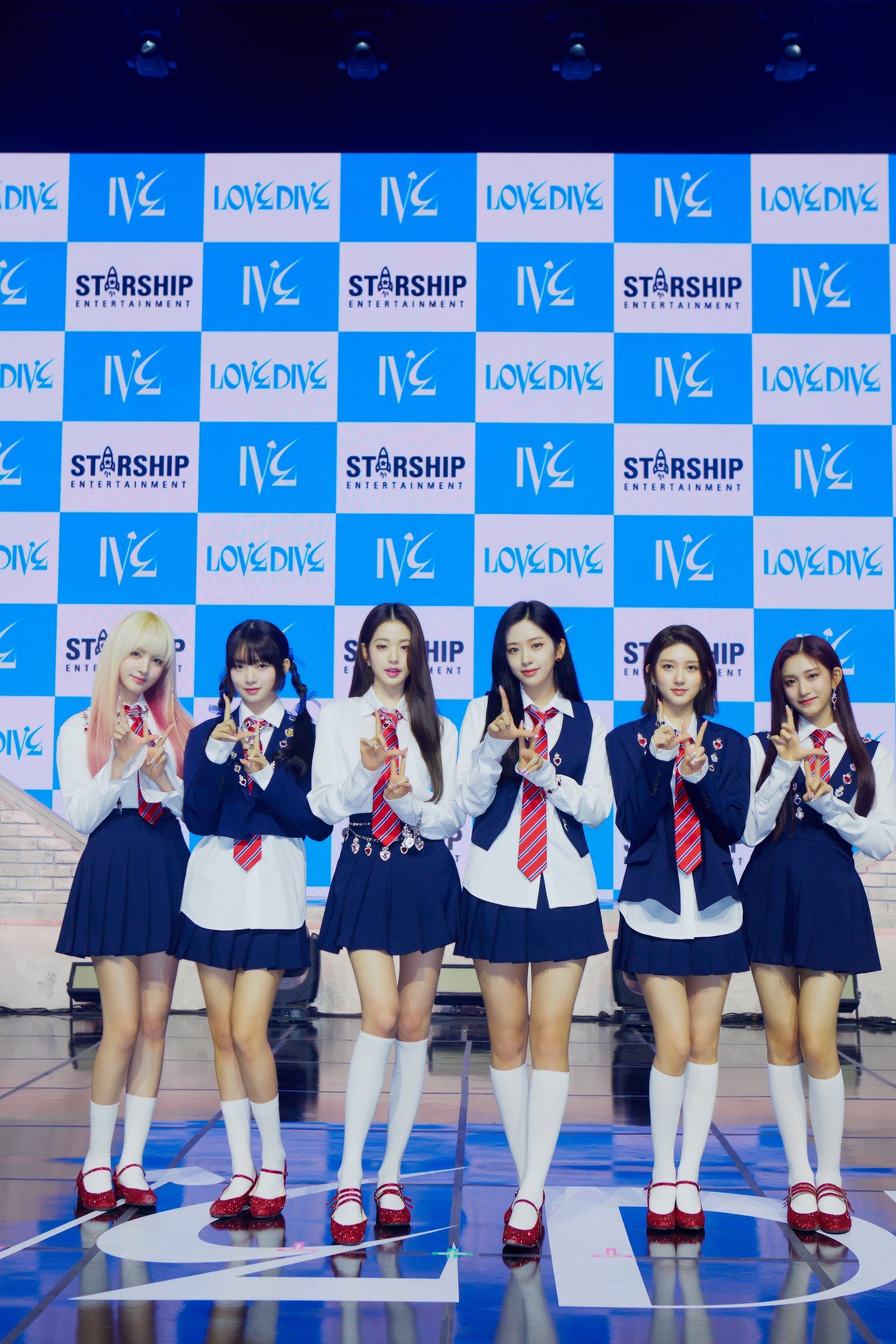 As they’ve received lots of attention right from the get-go, it’s no wonder that IVE has received many offers from overseas. Jang Won Young commented, “We’re thankful for the numerous love calls. We intend to expand [promotions] overseas and that’s one of our goals. For this, we’ve been diligently monitoring and practicing.”

Rei also expressed thanks to IVE’s global fans, sharing, “I felt fascinated and thankful watching fans’ ‘ELEVEN’ dance challenges.” Leeseo continued, “I’m thankful that [fans] have overcome language [barriers] to relate [to us] through music. I will wait for the day that we can perform in front of overseas fans.”

Due to the massive success of “ELEVEN,” the group was asked whether they felt any pressure for their new release. Liz answered, “It would be a lie to say there wasn’t any pressure. At the time of our debut, I thought, ‘Will fans like it?’ This time, since we’ve gotten so much support, I had different concerns. We tried to show an image as good as the amount of love we’ve received, so please show lots of love.”

An Yu Jin added, “Even though we’ve just debuted, I’m thankful that people are saying that we represent the fourth generation [of K-pop].” 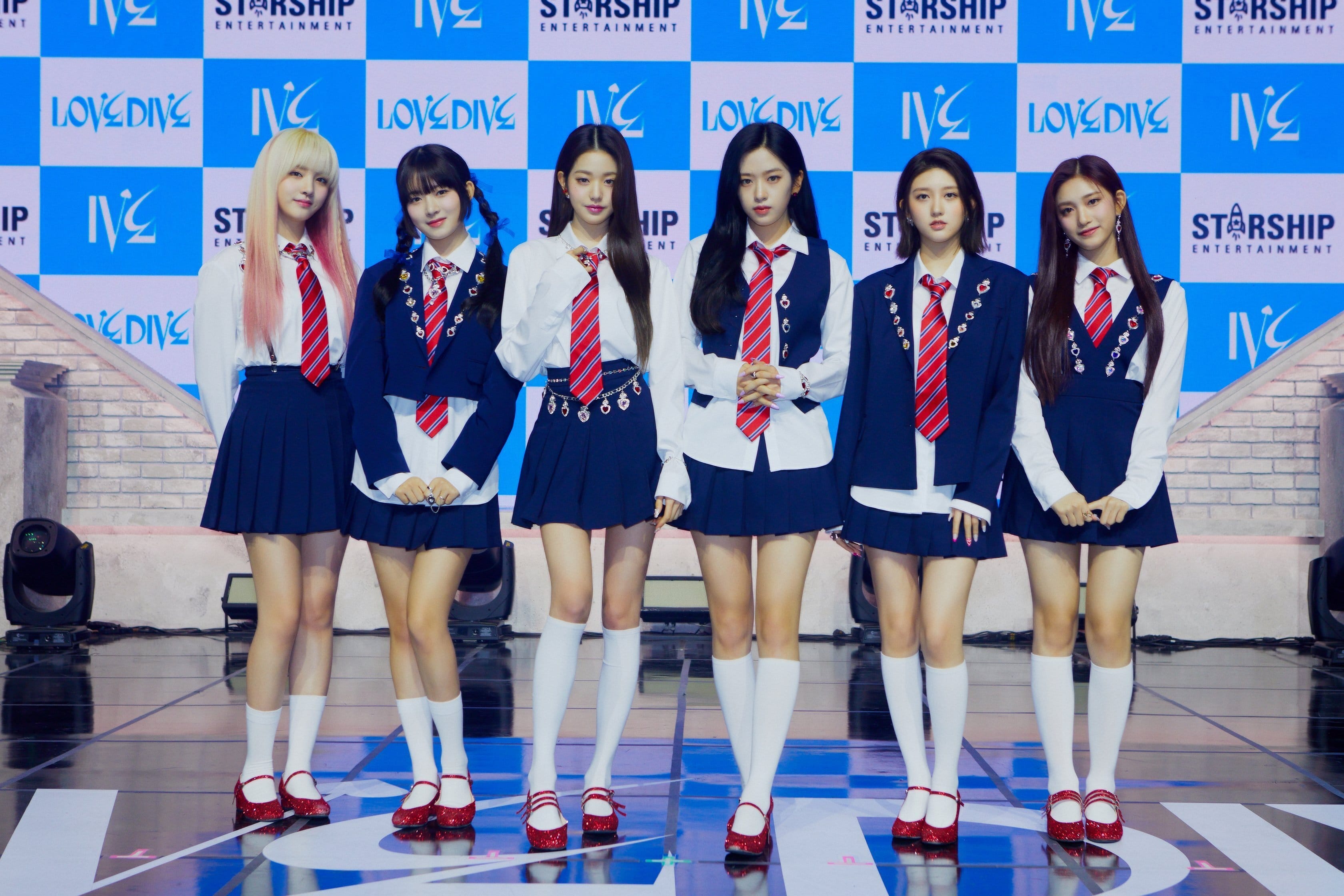 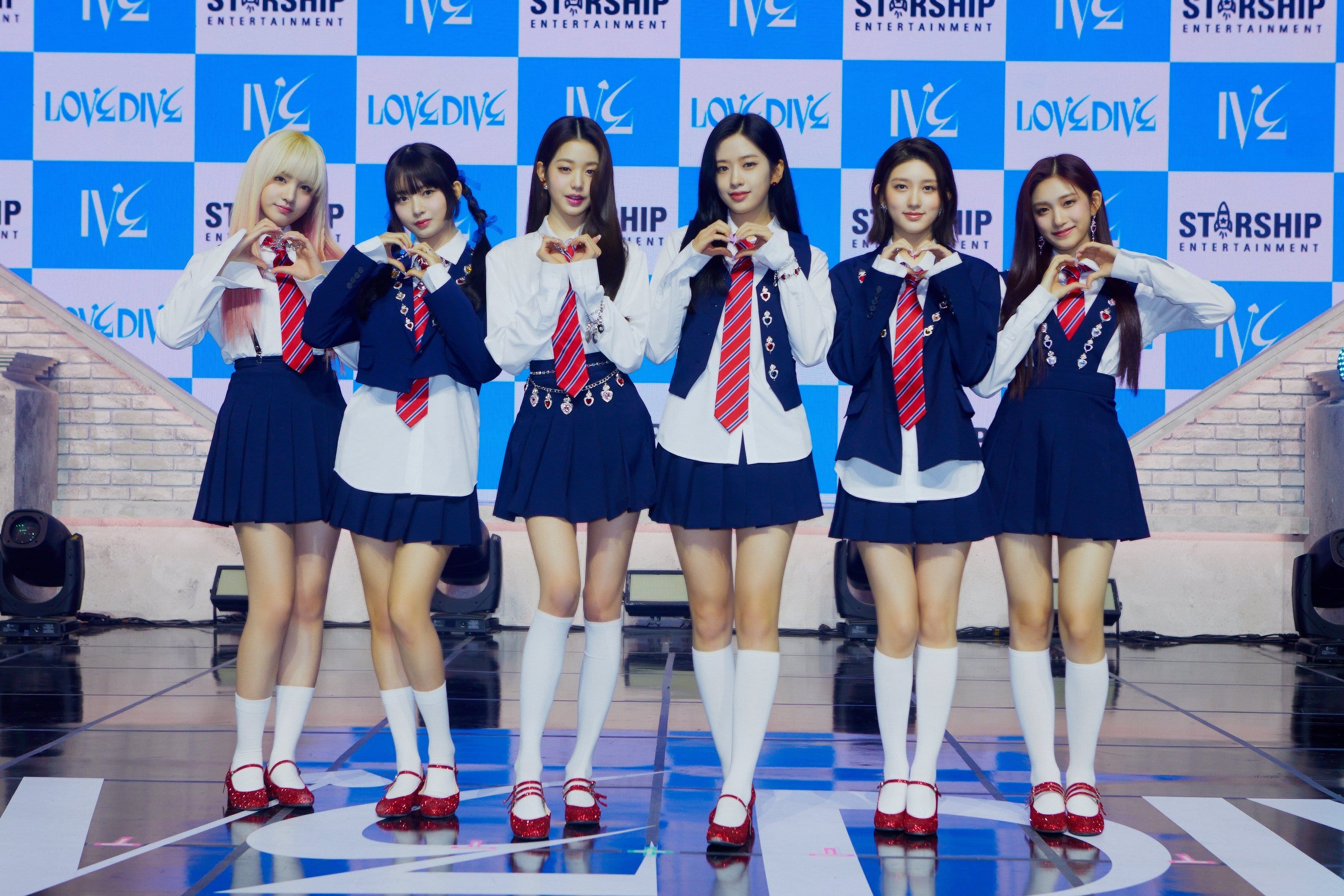 Regarding their title track “LOVE DIVE,” Jang Won Young explained, “We’ve showcased a concept that can capture IVE’s charms.” An Yu Jin continued, “We’ve prepared to create a color that is unique to IVE.”

The other song on their new single album is titled “Royal,” a pop dance track that Gaeul and Rei participated in the rap making for. Rei commented, “I wanted to try participating in rap making so I’m happy that I could this time. I consulted with our rap teacher and Gaeul unnie and we achieved good results so please listen to it lots.” 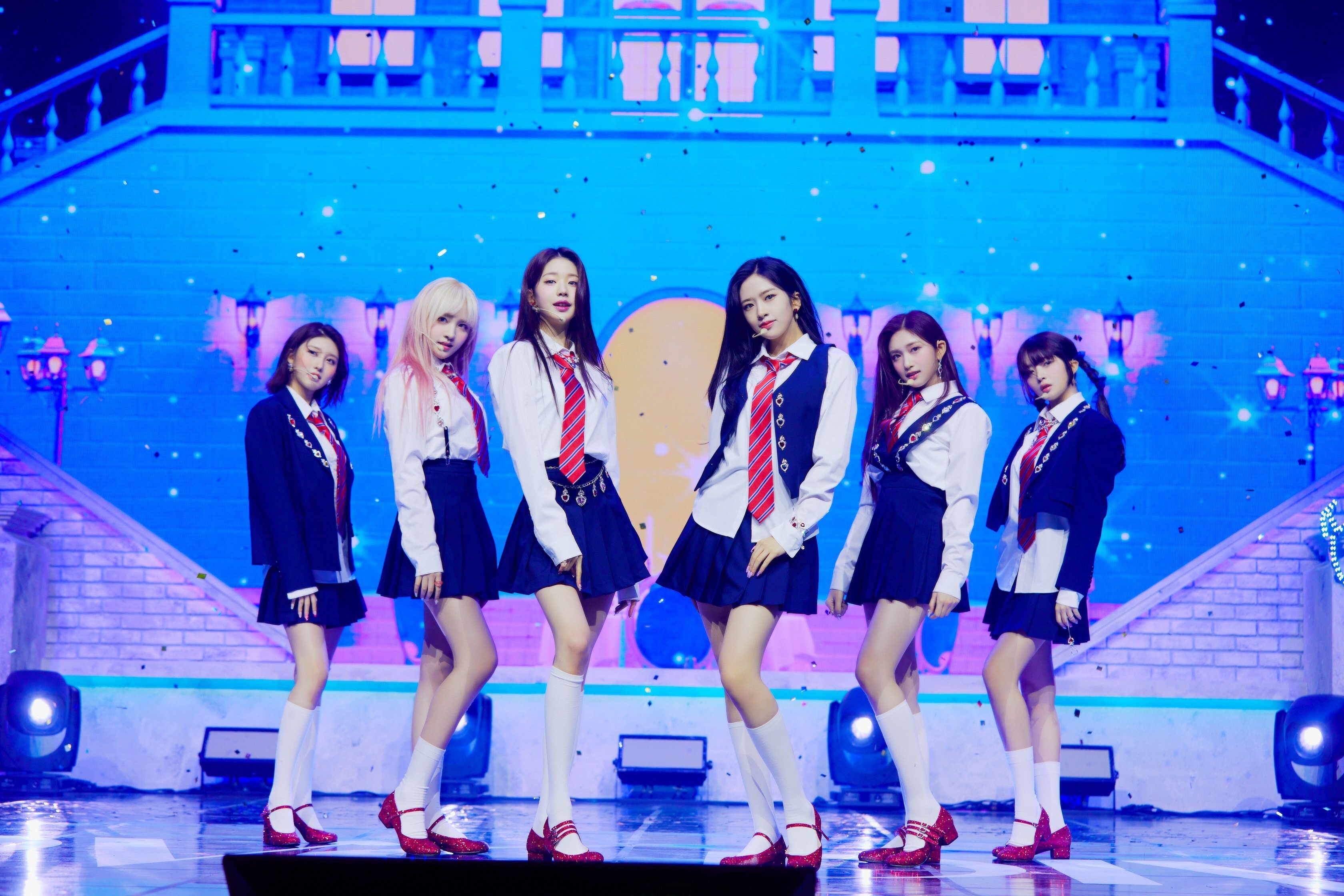 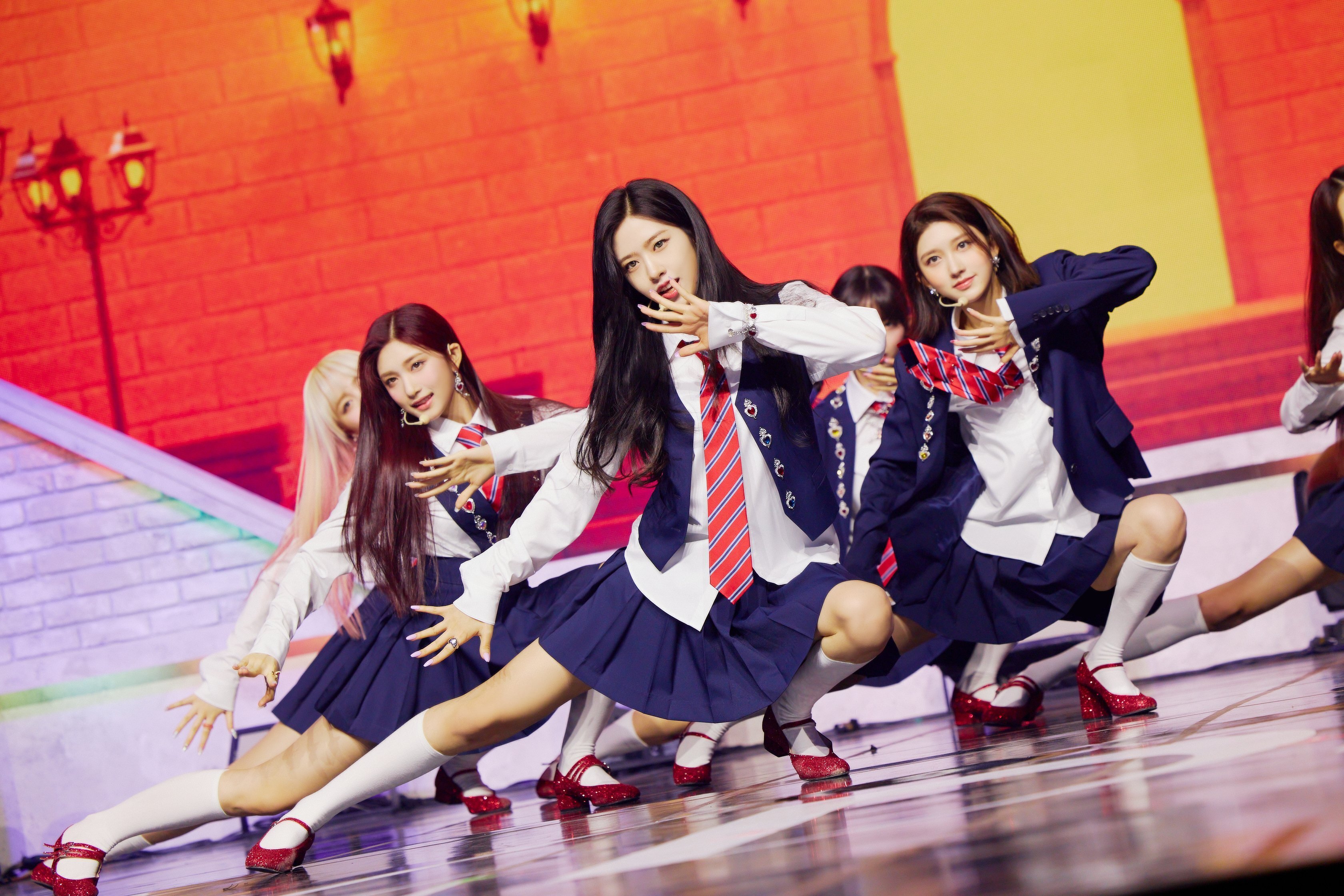 Lastly, Gaeul commented, “We’ve solidified our spectrum through ‘LOVE DIVE.’ We’ve captured a bold attitude and a message of independence in the song, so you’ll be able to see the charms of IVE, who are bold in every aspect.” An Yu Jin added, “We will prove our nickname as a ‘complete group’ and showcase our colorful charms.”

IVE
How does this article make you feel?