Update: THE BOYZ Announces Additional Dates And Cities For 2022 World Tour “THE B-ZONE”

THE BOYZ has announced new dates and cities for their upcoming world tour!

After touring the United States and Europe from May through June, THE BOYZ will be heading to Indonesia and Thailand in July as part of their 2022 world tour “THE B-ZONE.” The group will be performing at Jakarta’s Tennis Indoor Stadium Senayan on July 9 before holding two nights of concerts at Bangkok’s Thunder Dome on July 23 and 24.

THE BOYZ will then return to Seoul for three nights of encore concerts at the KSPO Dome from August 5 to 7.

Check out all of the stops that have been announced so far for “THE B-ZONE” below! 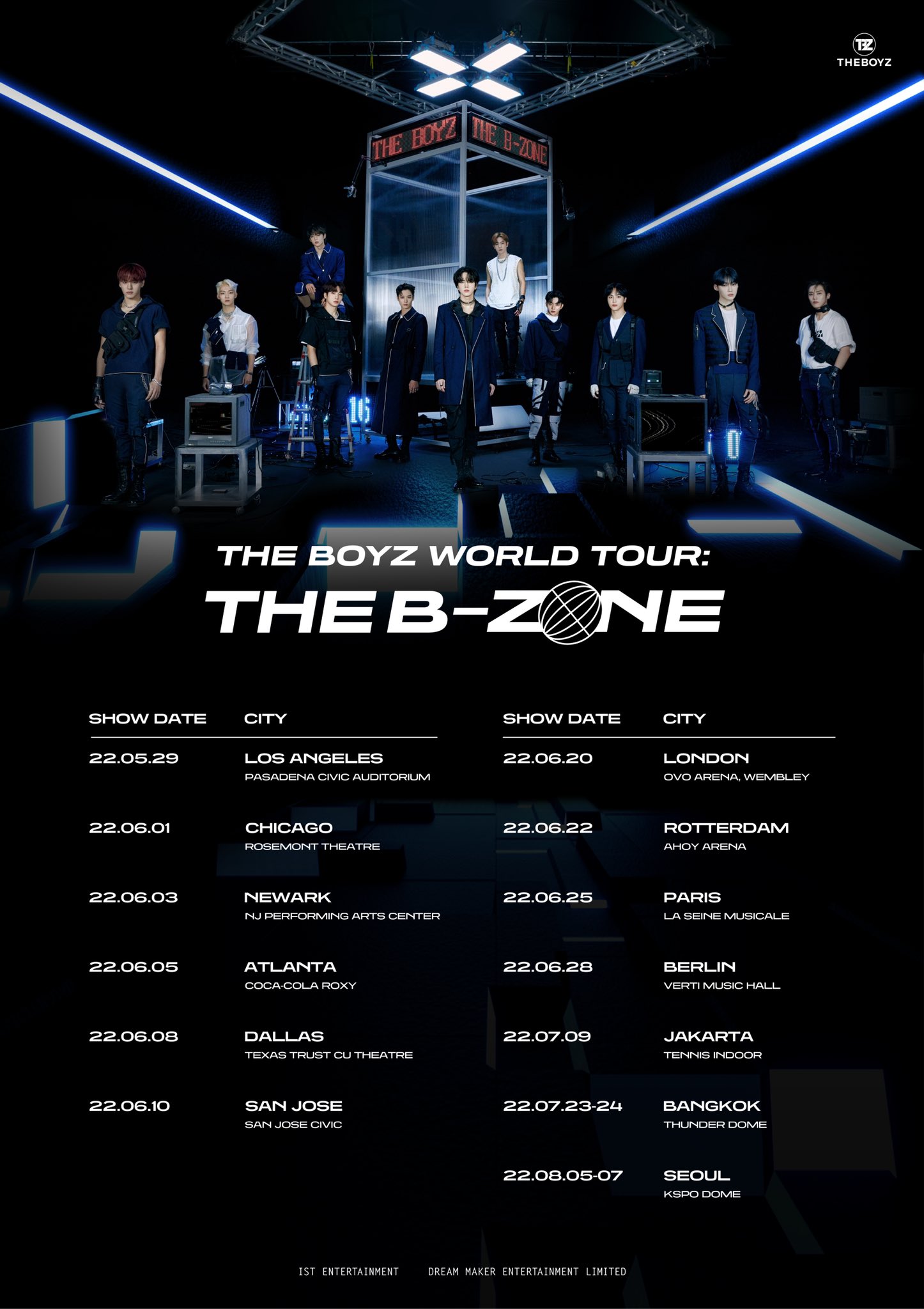 THE BOYZ is heading to the United States and Europe for their upcoming world tour!

On April 6, THE BOYZ officially announced the details for the U.S. leg of their 2022 world tour “THE B-ZONE,” which will take them to six different cities across the United States. 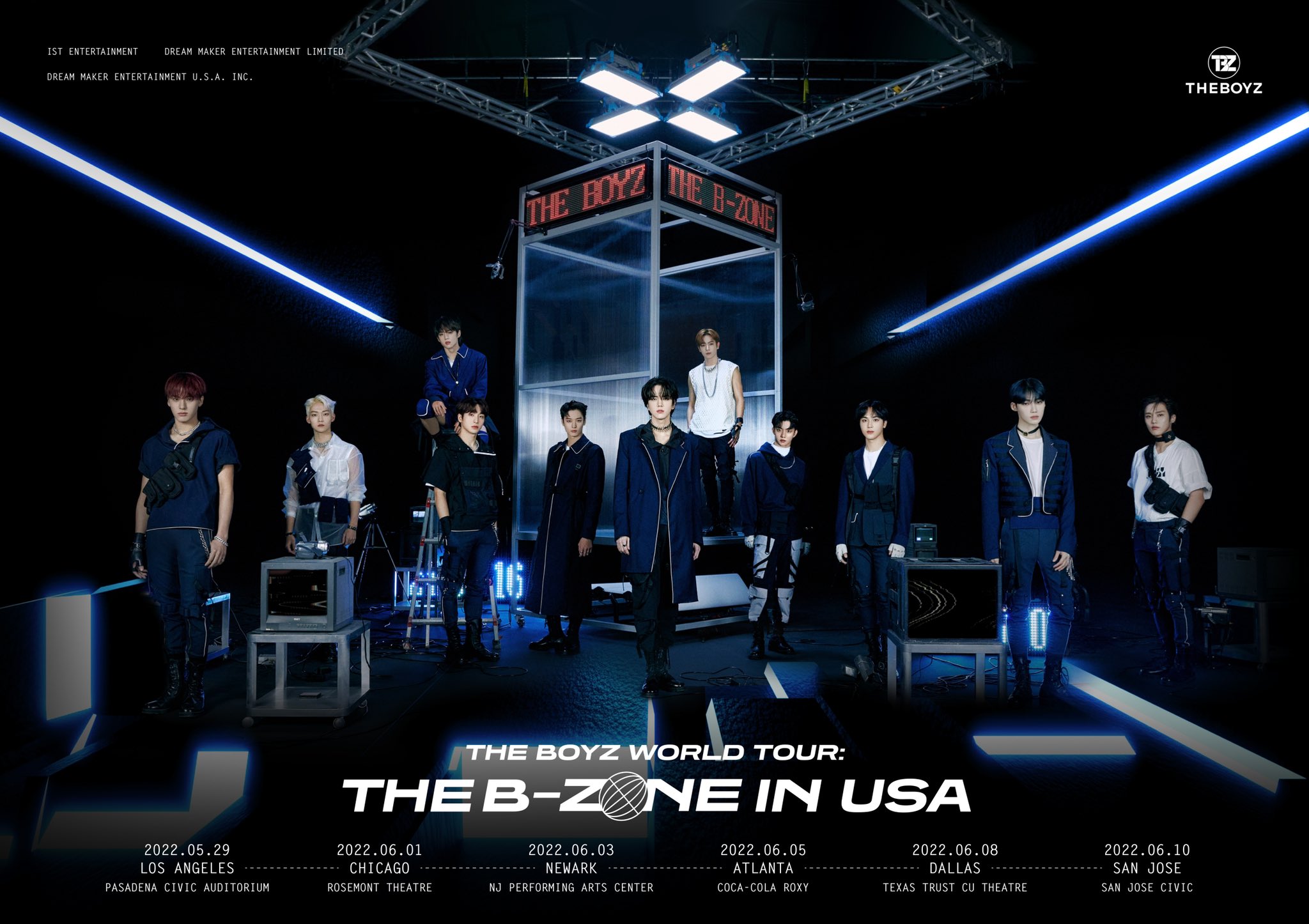 THE BOYZ will then travel to Europe to perform in four different cities for the European leg of their tour. The group will take the stage in London on June 20, Rotterdam on June 22, Paris on June 25, and Berlin on June 28. 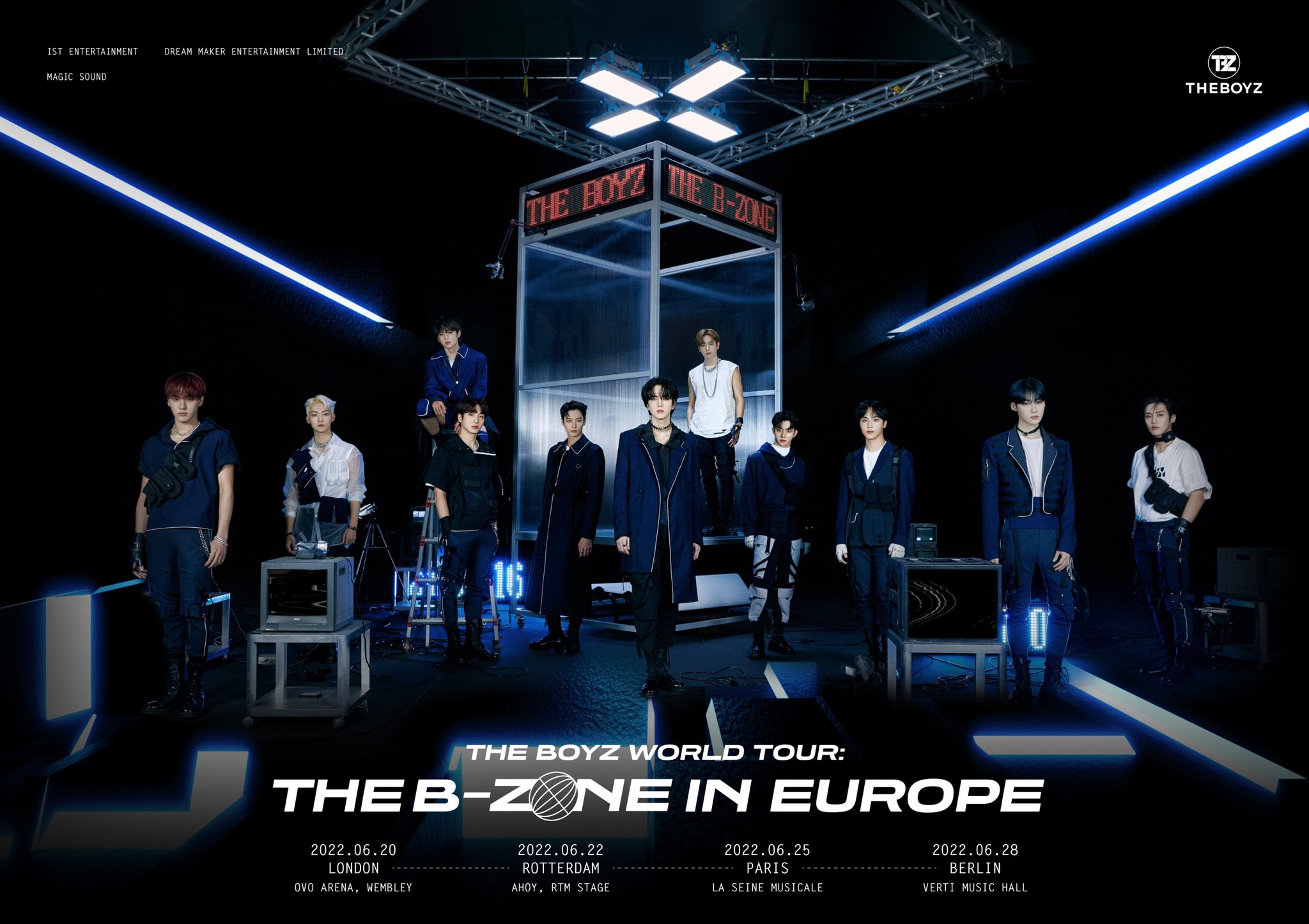 More information on tickets will be available soon. As these dates are only for “THE B-ZONE IN USA” and “THE B-ZONE IN EUROPE,” THE BOYZ may be announcing more tour dates in the near future.

While you wait for THE BOYZ, watch Younghoon in his hit drama “One the Woman” with subtitles below!