Choi Hyun Wook Talks About His Role In “Twenty Five, Twenty One,” Chemistry With Co-Stars, And More

Following the conclusion of tvN’s “Twenty Five, Twenty One,” Choi Hyun Wook shared his thoughts about his character in the drama, most memorable scenes, and more!

Set in the late 1990s, “Twenty Five, Twenty One” is about two young people who fall in love amidst the aftermath of the IMF crisis. Kim Tae Ri stars as Na Hee Do, an aspiring fencer, while Nam Joo Hyuk stars as Baek Yi Jin, a reporter whose family was torn apart due to the financial crisis. WJSN‘s Bona plays Go Yu Rim, a national fencing athlete who does her best to protect her family despite difficult financial conditions. Choi Hyun Wook stars as Moon Ji Woong who is known as Class 7’s “pretty boy” in the drama.

The actor shared his closing comments on the drama. “‘Twenty Five, Twenty One’ is set in 1998, so there’s a certain atmosphere from that time period, and it’s about looking back on our youth. In the beginning, I was worried that Ji Woong would stand out too much because he’s such a bright character, so I thought a lot about how I could blend in well while filming. There were lots of times when I wasn’t satisfied with my acting, so I would come home and look over my lines again. After I finished filming the drama, I enjoyed watching it from a viewer’s perspective and was sad that it was coming to an end.”

He also talked about people starting to recognize him from the drama. “There are a lot of people who recognize me these days. I was surprised and quite shy about it. When I was eating at a restaurant, people would call me Class 7’s ‘pretty boy’ instead of my name, and I was often contacted by my friends who said that their parents love watching the drama as well. I’m just so thankful.”

Choi Hyun Wook discussed some of the points he focused on while playing his character. “I focused on being confident the most. Ji Woong’s nickname of ‘pretty boy,’ his fashion, the things he says, and everything about him comes from his confidence, so I tried to act with confidence as well.” 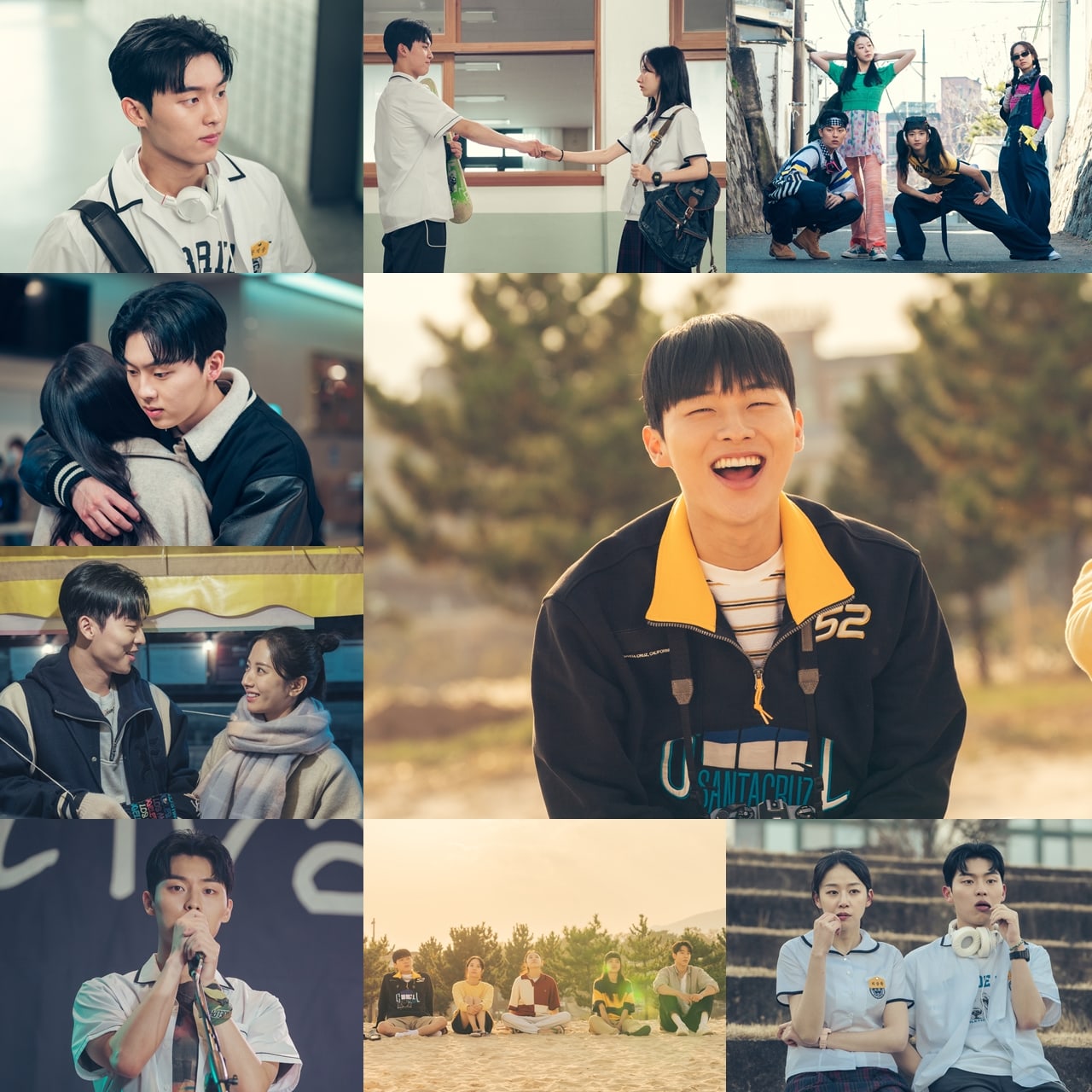 He talked about the most memorable scene for him, saying, “What suddenly comes to mind is when Yu Rim gets kicked out for not having her textbook, so I also leave [the classroom] after giving my textbook to Hee Do. This is the scene where we get punished together in the hallway. I also like all the scenes where Ji Woong runs to Yu Rim to comfort her. Ji Woong tries to comfort Yu Rim in his own way whenever she is down. I think that helps Yu Rim a lot.” Later, he added, “There are so many memorable scenes, but the beach scene is the most memorable. It was so fun that I forgot that we were filming.”

The actor also talked about the chemistry between the co-stars, commenting, “We became closer as time went on, so we were able to comfortably add ad-libs, and our quintet’s chemistry came alive thanks to that. It was quite cold while we were filming, but it was such an honor to be able to work with them. I completely forgot about the cold.”

Choi Hyun Wook shared what he learned from this experience, saying, “I always feel like I learned a lot after I finish filming. There’s just something about being with the director, the writer, the staff members, and the other actors for six to seven months that leaves a mark. There are things that I learn on set and things I feel from the conversations that we have. I think all this will help me in the future in some form while I’m acting.”

Finally, the actor talked about his goals. “Recently, I’ve been searching my name online and saw a lot of comments that said, ‘He’s that guy? He’s Na Woo Chan from ‘Racket Boys?’ He’s the actor from ‘Taxi Driver‘? I loved seeing those comments. It made me want to portray different sides of me through different projects one by one so that people know me but can’t recognize me when they see me in another drama or movie. I don’t want to be remembered for one character. I want to be an actor who works hard at delivering something new each time.”

Check out Choi Hyun Wook in “Pop Out Boy!“:

Choi Hyun Wook
Twenty Five Twenty One
How does this article make you feel?