Kim Sejeong has clarified a previous statement about the bed scene in her hit drama “A Business Proposal”!

In a recent interview about the drama, Kim Sejeong was quoted as saying, “Because the actors had great chemistry, the level of ‘skinship’ became steamier than what was in the script. The scene towards the end of the drama where Ha Ri and Tae Mu spend the night together wasn’t originally in the script. But as the emotions of love between the two characters became amplified, the actors and the director decided to show those emotions as much as possible.”

On April 7, Kim Sejeong took to Instagram Stories to clarify that statement. Posting a screenshot of her quote from the article, she wrote, “Oh!!!!! It’s not that the scene wasn’t originally a bed scene; I think it’d be more accurate to say that the situation wasn’t described precisely in the scene. EX) ‘They kiss and embrace each other… it’s now morning.’ Because the [script] was like this, I think it’d be correct to say that the actors and director had a discussion and adjusted the [maturity] rating afterwards! It’s not that we created a scene that didn’t exist [in the script]!!!” 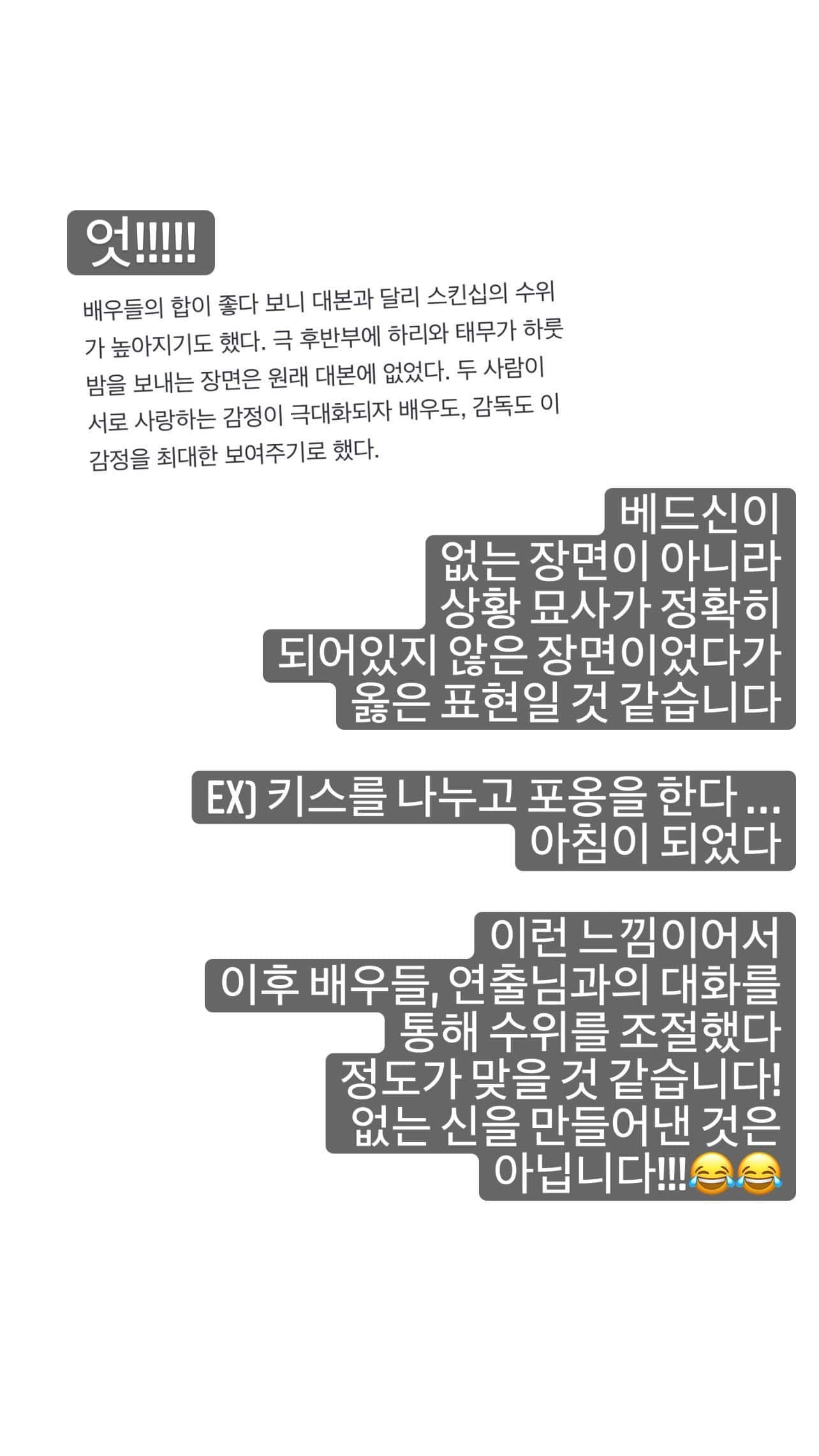 After a successful 12-episode run, “A Business Proposal” aired its series finale to strong viewership ratings on April 5.

In Kim Sejeong-Ahn Hyo Seop withdrawal after the end of “A Business Proposal”? Ease the pain by watching Kim Sejeong in “I Wanna Hear Your Song” below…

…and Ahn Hyo Seop in “Lovers of the Red Sky” below!