It’s here! “Sh**ting Stars” finally landed this weekend. Long hyped for its combination of Lee Sung Kyung (of the cult hit “Weightlifting Fairy Kim Bok Joo“) and Kim Young Dae (of the award-winning “Penthouse” series), this show shot out of the gates in a time slot known for its fierce competition. But did it live up to the buzz? Absolutely!

Anchored by strong performances in its leads and supporting cast, this show has all the hallmarks of a breezy workplace romance. Here’s what we loved about the premiere episodes!

Working with movie stars on a regular basis is the average person’s dream, but sometimes Oh Han Byul (Lee Sung Kyung) wonders if she should just quit. They get into scandals without giving her a heads up, they eat up so much of her time after hours that she has no hope of a love life, and she can’t even have a health check-up done without some major disaster requiring her attention. She has nightmares to the tune of her phone vibrating and survives on five cups of coffee a day.

So why does she do it? Because for all their self-interest, some of the talents can actually be quite kind, and despite knowing that her job is one of the most pointless things to do (to worry about a celebrity that is), it can be quite fun in its own way. She’s good at what she does, types at least 90 words per minute, and genuinely can’t help celebrating her celebrities’ successes. There’s just so much to love about this character because she feels down to earth. The PD (producing director) mentioned that they were going for a more realistic vibe with this show, and it really comes through.

Han Byul is a fair boss who works as hard as the rest of her team, and she even makes the time to share her extensive knowledge with others (even competitors) in her field by holding drop-in office hours for consultation. Somedays, she even feels like she’s got this. But trouble is looming on the horizon because her biggest headache is returning to Korea, and he’s already promised that he won’t leave her alone this time.

Gong Tae Sung (Kim Young Dae) gets a very stereotypical introduction as the top star with a heart of gold who decided to vanish for a year to “Africa” to dig wells for impoverished communities. That’s a continent with 54 countries! Which one did he go to? And why do dramas use this as the epitome of poverty?

It felt like we were being set up to see that Tae Sung was, in reality, a terrible person contrary to his sparkly image, but he’s actually even better. For all his wealth and fame, Tae Sung truly cares about making a difference and makes an effort to learn the language of the area he’s in. And he engages with the community. He’s stunning, polite, and respectful. Seriously, what’s not to like about this. 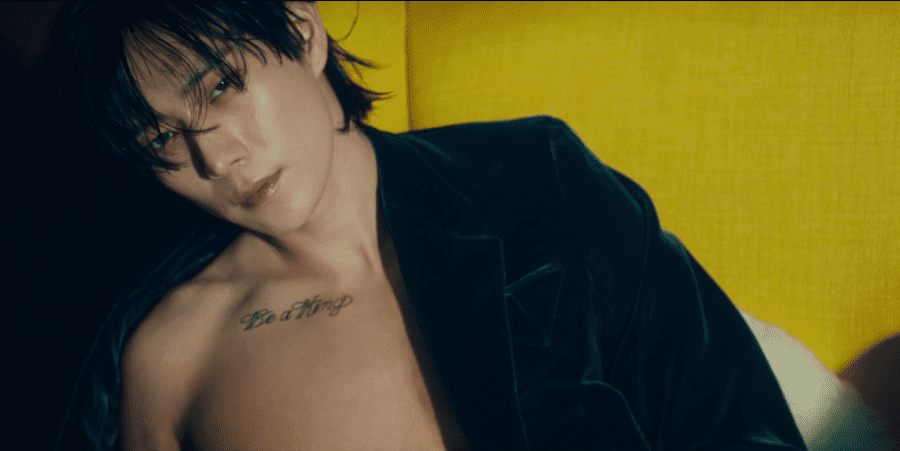 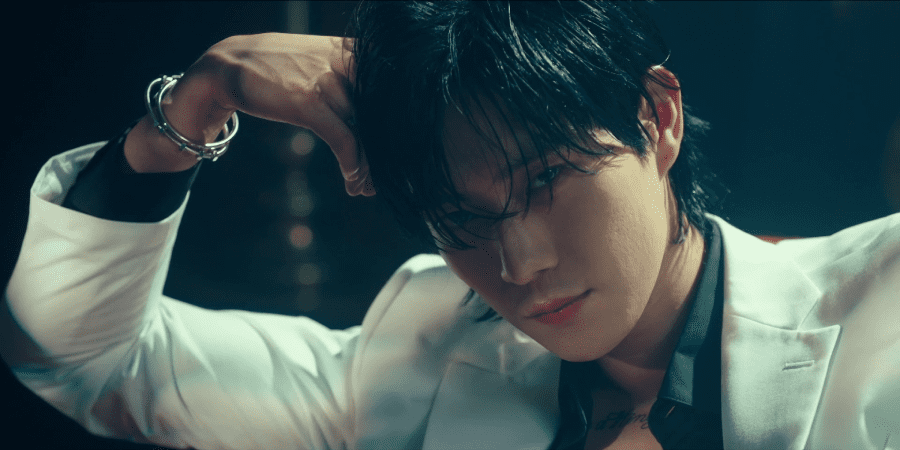 Not to say that he’s an angel because he certainly has a devilish side to him. He has a wild temper (who else would unironically unzip his pants to prove that he isn’t impotent), arrows in on what he wants, and gets revenge in the sneakiest of ways if anyone attempts to stand in his way or insults him – the patsy who was playing volleyball with him found out the hard way. And what does Tae Sung want? Easy. Oh Han Byul. And if the flashbacks of him covering for her and demanding that she never be fired are any indication, he’s wanted her for a while. Not that she gets it.

Tae Sung’s certainly a brat at times, like when he saunters back to Korea and proceeds to make a nuisance of himself around Han Byul. But beneath that veneer of supposed hazing is evident care. She thinks he’s taking her coffee away when he’s trying to save her from a caffeine-induced heart attack. She thinks he’s being difficult about script choice, but he chooses the one she wants the moment he understands why she wanted him to do it. He’s head over heels for her, and the girl just doesn’t see it. But there’s someone who might have an idea. 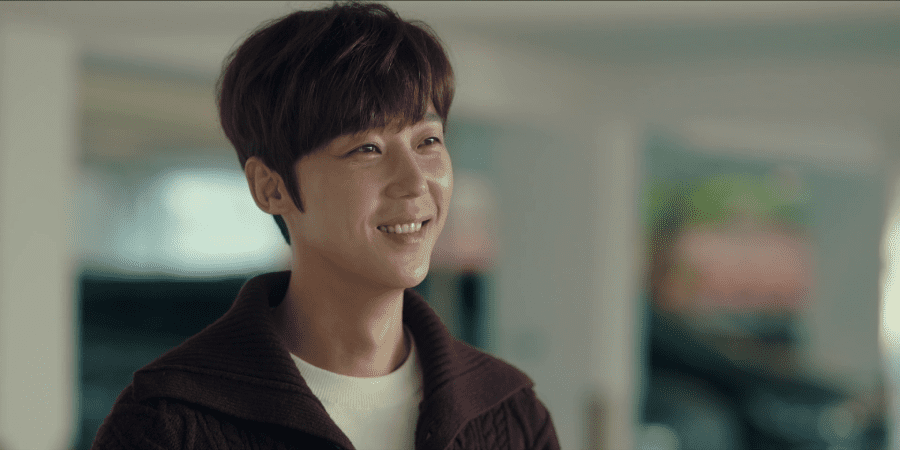 Kang Yoo Sung (Yoon Jong Hoon) sees more than he says and does more than everyone knows. Manipulation is the name of his game, and he has perfected it. He takes cares of the actors under his charge and does so with such finesse that he’s already made his move before others start playing the game. Yoo Sung seems to be the only one aware of Tae Sung’s interest in Han Byul, at the very least on some level. Like Han Byul, he’s a fair boss to his juniors and takes advantage of their strengths without castigating them too hard for their weaknesses. Work-life balance is a difficult beast to find, especially in Han Byul and Yoo Sung’s line of work, and it’s made all the more difficult by demanding bosses who work their employees to the bone and throw nothing but criticism at them. It’s refreshing and very necessary to see bosses like Han Byul and Yoo Sung who are kind, aren’t stingy with praise, and understand that life happens sometimes.

There’s something so relaxing about a show like this where its characters actually feel like people (harried people) doing their best every day. The busy bees behind the scenes of the celeb world aren’t flashy or over-the-top (that’s Tae Sung’s job), and that makes the contrast all the more fun when real and reel collide. 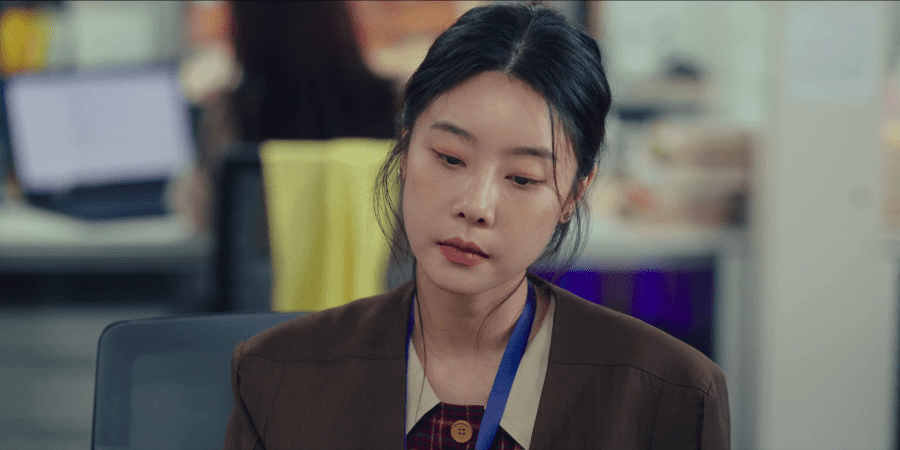 Contrary to her name (meaning “happiness”), Gi Bbeum (Girl’s Day’s Sojin) goes about in a perpetual state of wry fatalism. As a reporter, she gets her fair share of agencies demanding that this article and that article be taken down and that articles be written making their idols look good. Her attempts at dating rarely go smoothly, and she’s just rolling with it at this point. She has a solid group of friends in Han Byul and Park Ho Young (Kim Yoon Hye), but life’s about the same day in and day out, and she’s letting it take her where it will. A chance encounter with Happy (cameo by the amazing Kim Seul Gi) has her reflecting on her dry disposition. Happy’s energy and cheer are infectious, and without meaning to, Gi Bbeum finds herself reflecting on whether she should try harder at optimism. The illusion comes crashing down when Gi Bbeum tries to thank Happy for a cheerful text and hears Happy cursing her heart out, reverting to her signature high-pitched voice only when her agency CEO calls. Rather than holding it over Happy or acting superior, Gi Bbeum is just amused that this whole happy-go-lucky shtick really isn’t feasible and walks away with a huge grin. It’s so easy to like her, honestly. 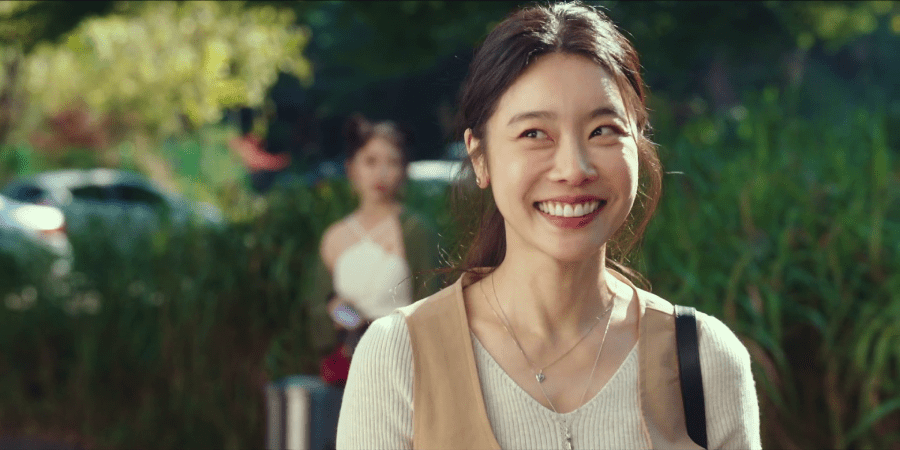 How well integrated are these cameos though? The show runs through quite a few in the first couple episodes and uses them quite cleverly to set up subplots or show us important character moments. For example, Park Jung Min is Lee Sung Kyung’s blind date and keeps up a running commentary on the inherent absurdity of Han Byul’s job (in a respectful manner!). The date’s failure is proof of the demands Han Byul’s job makes on her limited spare time. Song Eung Shim (Seo Yi Sook) is an older actress who fears her inevitable decline in popularity has led to her already being obsolete in her agency’s eyes. Her fury at her drama contract being printed on scrap paper ties into demonstrating Yoo Sung’s conflict management style as well as a subplot on the newest member of Yoo Sung’s team and how he becomes an asset to them. Happy needs no further explanation; Kim Seul Gi nails it as usual! And we’re set to have quite a few more if the preview is any indication. 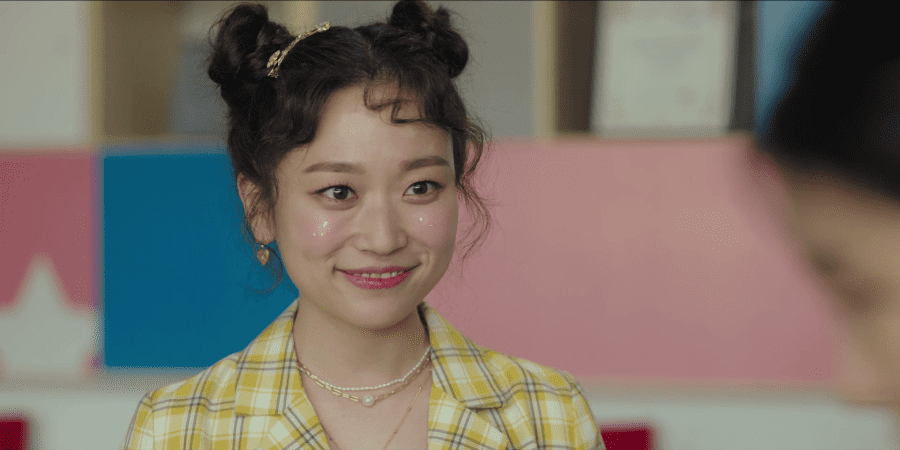 Next week shows the shenanigans getting wilder and the looming question raised in these episodes continuing to snowball out of control. Were Tae Sung and Han Byul really involved in college? He seems head over heels for her, and she doesn’t seem to care on the surface, but then there’s the way she watches him at times. Like he’s someone she knows she can’t have. Oh, it’s so good!

Overall, this is a strong opening pair of episodes that seems to herald an utterly delightful drama that’s perfect to watch on a weekend. If the rest of the show holds up to the bar the premiere episodes have set, then we’re in for a treat, and Lee Sung Kyung will cement another cult hit in the drama annals.

May this week shoot by for us to get our fix of the next episodes. Until then, I’ll be giving this OST another listen because it is that good!