Summer is almost here in the northern hemisphere, and romance is heating up in Starforce Entertainment. Having finally realized his feelings for Oh Han Byul (Lee Sung Kyung) last week, Gong Tae Sung (Kim Young Dae) quickly moves right into figuring out how to confess his feelings. No shortcuts or subterfuge; that’s the great thing about Tae Sung. But he isn’t the only one just as keen on our no-nonsense head of PR. As love and scandal collide in the convoluted world of behind-the-scenes entertainment, only one thing is for certain: the rulebook is out of the window.

Here are our favorite romantic moments from this week’s episodes!

First off, can we talk about how awesome Tae Sung’s male support group is? Normally, the male lead sort of denies his feelings or broods away for a bit but not Tae Sung! He jumps right into action and is immediately open about his feelings with his manager Byun Jung Yeol (Jin Ho Eun) and with his longtime friend Kang Yoo Sung (Yoon Jong Hoon). What’s even better is that both men immediately support him. Jung Yeol bounces off cheesy lines from famous dramas with him, and Yoo Sung amusedly watches over Tae Sung’s failed attempts to charm Han Byul while encouraging him to go for it. This leads to a gender-flipped scenario where it’s the guys rooting for Tae Sung from the sidelines while he tries every “helpful” bit of advice online in order to make Han Byul realize his interest – and it’s the greatest thing ever! Now, if only it worked!

Tae Sung’s tried everything from tying Han Byul’s shoelaces (after getting Jung Yeol to untie them first!) to getting her coffee, but Han Byul remains unmoved and convinced that he’s pranking her. However, while she’s completely oblivious to Tae Sung’s attempts at confessing, she immediately sees through Do Soo Hyuk’s (Lee Jung Shin) first attempt. After joking that he must like someone on the PR team to work after 6 p.m. and invite them all for his housewarming to boot, she awkwardly realizes that it’s her. One of the great things about this show (minus a certain plot point) is its realism, and Han Byul tells her friends that she did get butterflies in that moment because who wouldn’t when a handsome, actually nice guy confesses to you. But her subsequent reaction is telling. 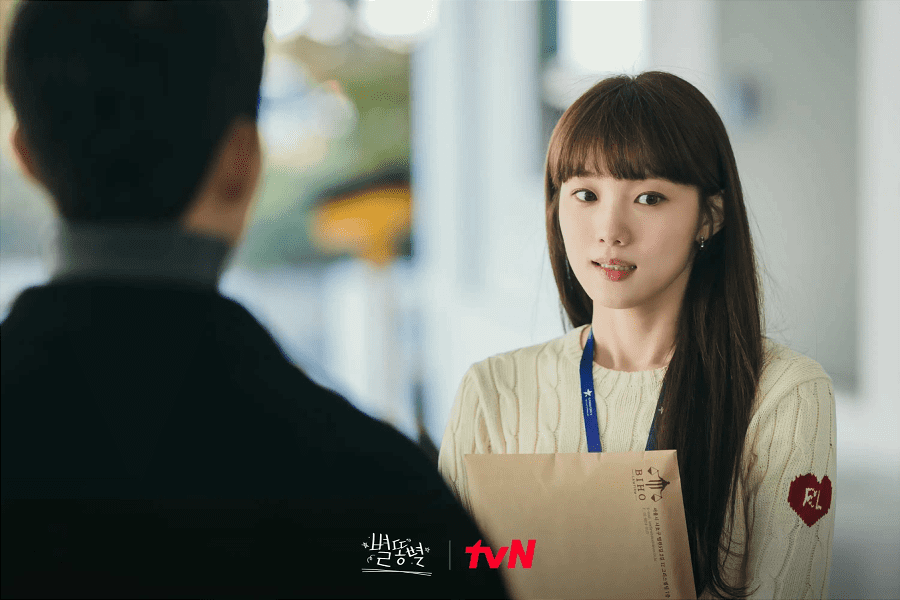 She’s awkward around him, not out of shyness but out of genuinely having no idea of how to respond to his confession. As direct as Han Byul is, if she had even an inkling of romantic interest in Soo Hyuk, she would demonstrate as such. We saw her go on a blind date in the first episode where she mentioned actually being interested in the guy, and it showed in her actions: she was eager to make the date work. With Soo Hyuk, there’s none of that. Her reaction to him stands in stark contrast to her response to Tae Sung’s confession. Because when he finally gets around to it, Tae Sung blows everyone out of the water. There’s something so endearing about how Tae Sung spills his feelings, precisely because it’s unrehearsed and on the spur of the moment but still so heartfelt. That’s what sends Han Byul out of his apartment, screaming to the wind. Try as she must, she can’t explain away the confession as a prank or a joke. She knows him. She knows he meant it, and it leaves her shell-shocked. While she’s awkward around Soo Hyuk, she’s just plain jittery around Tae Sung. Her reaction to his kiss scene is pretty solid proof of that. That’s a kiss and a half, but Tae Sung is clearly just being professional about it. Han Byul, on the other hand, ends up looking away because it can’t help but hurt to see the guy, who only just confessed his feelings to her, make out with another girl. Her head knows it’s work, but her heart says otherwise. 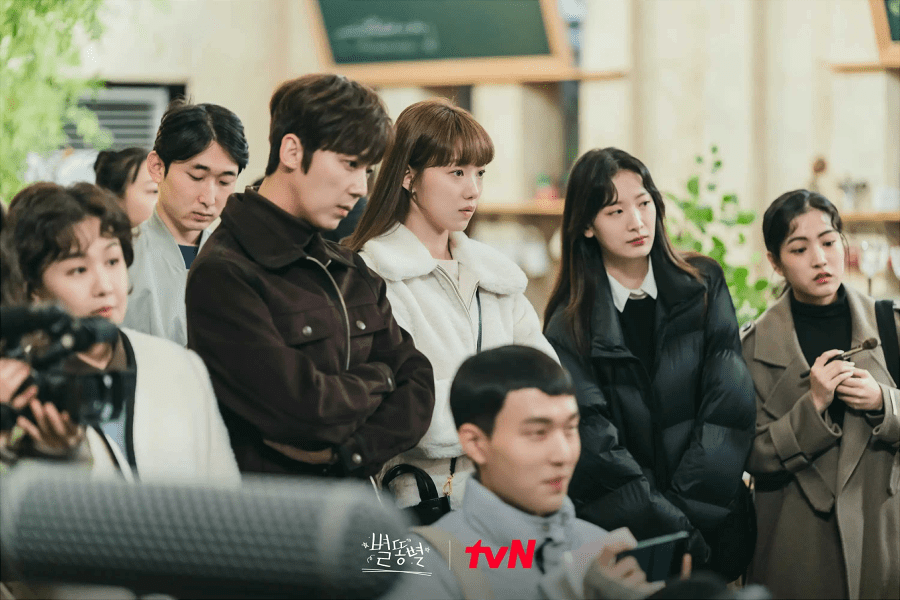 The lovely cameo of Moon Ga Young and Kim Dong Wook works so well in this context because it adds to Han Byul’s fears. Soo Hyuk is a safe bet as a boyfriend, but someone like Tae Sung is constantly around beautiful people. She’s been burnt once by that. She can’t bring herself to go through the same thing, and Tae Sung is so, so compelling as an actor. He burns up the screen regardless of who his screen partner is, and that could easily get difficult. It’s no wonder then that Han Byul keeps shying away from him. But what a shame it is that the event that precipitated Han Byul’s brick wall around her heart was a complete lie.

Sometimes, Tae Sung digs his own grave, and this is an excellent example of that. He was never dating Yeo Ha Jin (Moon Ga Young) but said he was purely to spite a rival actor who had a crush on her. It was a laugh for him and wasn’t true in the slightest, but Han Byul had to deal with the fallout from that, both personally and professionally. Even if she hadn’t had feelings for Tae Sung, it was still a mountain of unnecessary work prompted purely by professional jealousy. Han Byul would probably be furious if she knew the truth, and it’s times like this where it makes sense that she considers him an overgrown man-child. 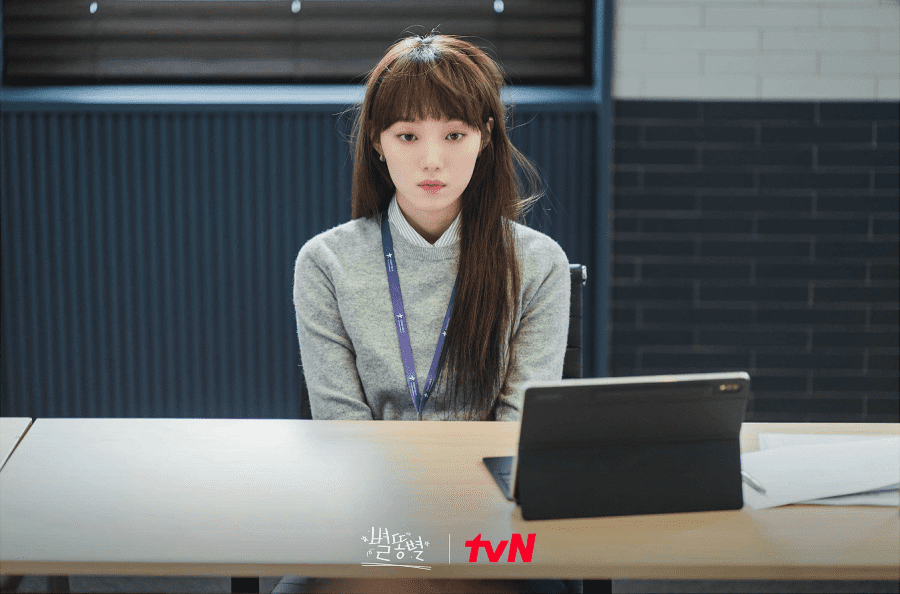 Still, it was always hard to see Tae Sung as carrying a torch for anyone but Han Byul, and it makes sense that he never dated Ha Jin. The guy’s been smitten from the beginning but never really knew it until his manager pointed it out. For years, he thought he was teasing her for fun because they are best friends. It’s the sort of thing where he is somewhat aware that he cares deeply for her, but it never crossed his mind that it might be more than friendship. Add to that the fact that Tae Sung simply doesn’t know how to express his feelings — a sad thing when society tells men not to, and his absentee mother seems to have shaped him that way too. Despite his outer goofiness, Tae Sung has spent a long time hiding what he truly feels for the benefit of others at immense cost to his own mental health (as shown in the stress questionnaire and his reaction to his mother’s visit). Constantly bickering with the girl you like isn’t the most brilliant way to go about flirting. But the man has such a good, well-meaning heart that Han Byul can’t help but be moved by his sincerity. 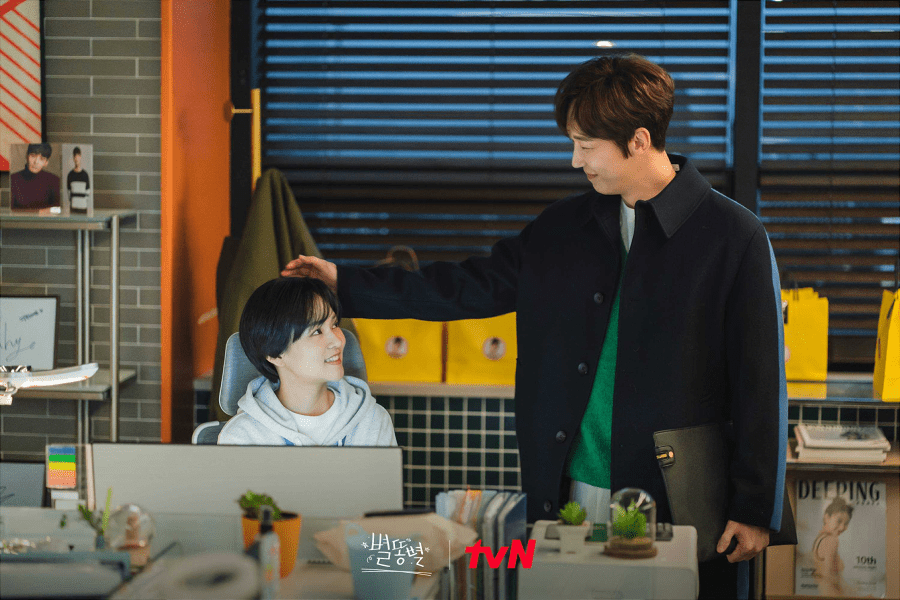 Yoo Sung affectionately watches Han Byul and Tae Sung dance around each other but has no clue that his own protégé is harboring feelings for him. Park Ho Young (Kim Yoon Hye) has been in love with Yoo Sung since before she was even a manager at Starforce, and the man’s never noticed. Thus far, he’s appeared to see her as more of a younger sister, but we saw an inkling that there might be something more when she was too busy for his customary head pat (who gives platonic head pats, Yoo Sung? This is why she’s crazy about you!). 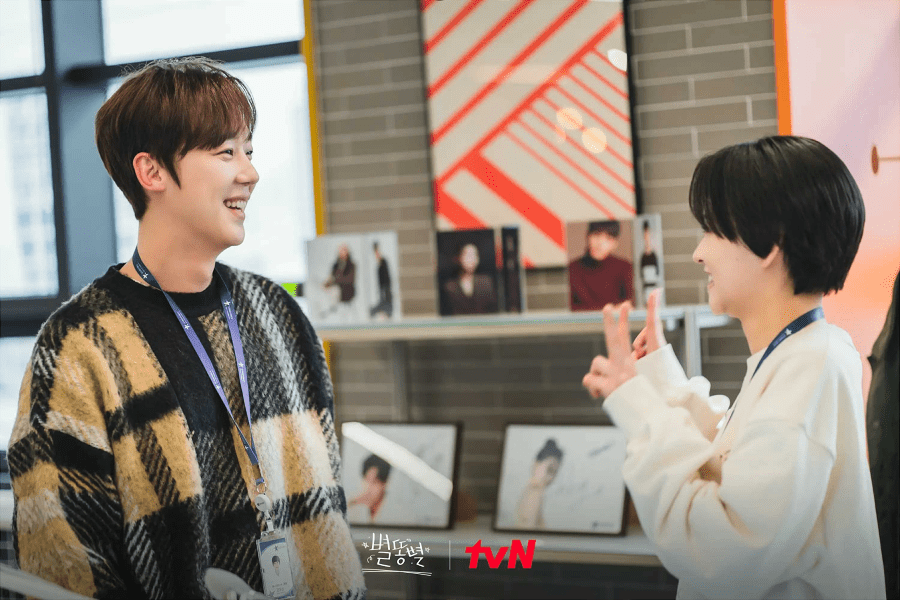 For her part, Ho Young is well aware of her crush and despairingly wonders why she used his name for that of her newest actor because all she sees and hears is Yoo Sung now. What’s great about Ho Young though is that her ambitions aren’t limited to Yoo Sung. She wants to be a star manager because she genuinely enjoys it rather than because it’s Yoo Sung’s profession. And she’s doing so well at it that perhaps it won’t be long before the man she looks up to finds himself seeing her in a new light! 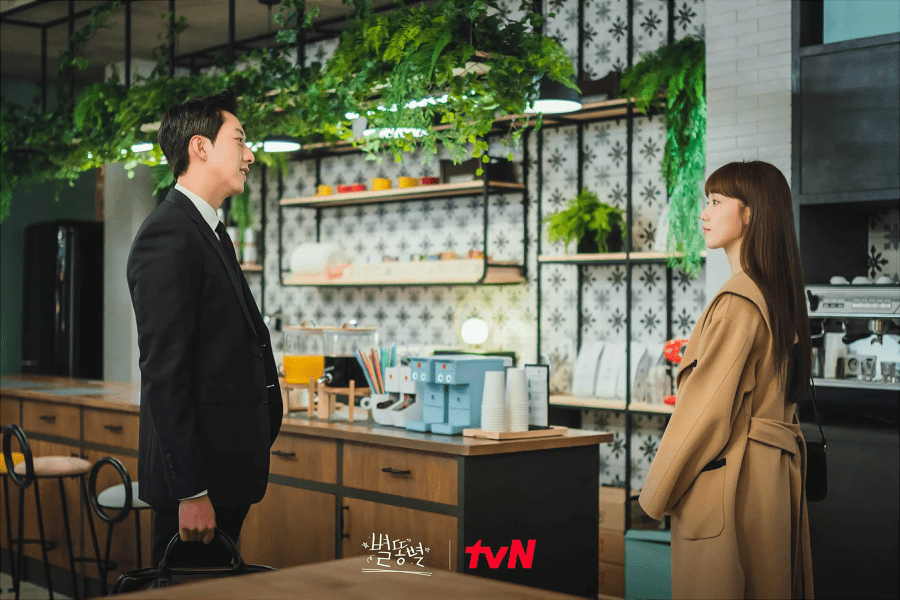 The next episode shows the battle for Han Byul’s affections heating up between Soo Hyuk and Tae Sung. The squabble is childish but what’s really great here is that they aren’t physically pulling Han Byul into it. No three-way wrist grabs here, thankfully!

Han Byul still has a major decision before here, while Tae Sung has a lot going on outside of his love life — some of which he doesn’t even know. Choi Ji Woo continues a long-running cameo as Tae Sung’s mother who essentially shaped him into the sensitive, caring but obtuse man he is today. And there’s the strange housekeeper who seems to have a vendetta against him and a penchant for fancy jewelry. Either way, work or love, it’s always a busy day in our couple’s lives! 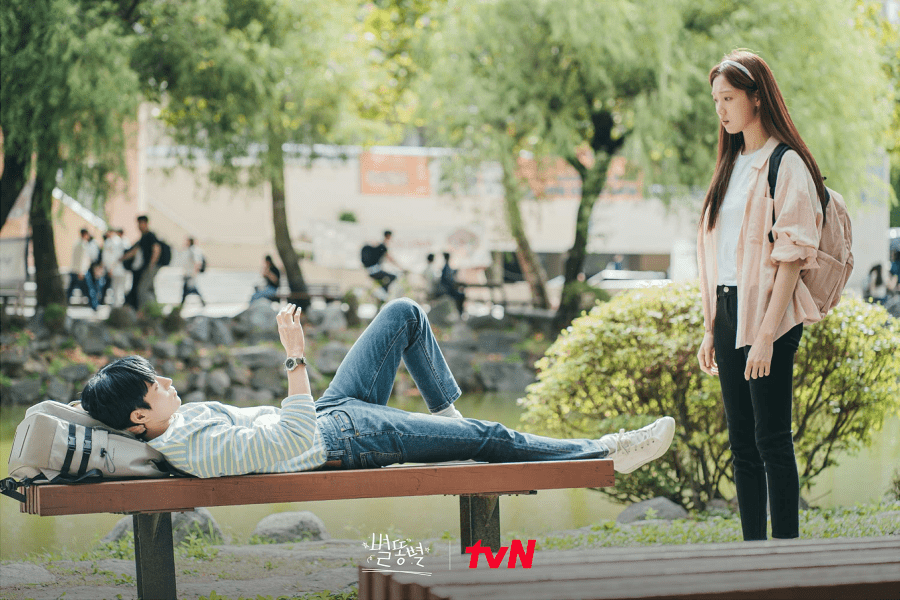