Song Ji In Blows A Fuse While Talking On The Phone With Im Hye Young In “Love (Ft. Marriage And Divorce) 3”

Previously on the drama, Ah Mi (Song Ji In) witnessed Kim Dong Mi (Lee Hye Sook) acting bizarre. In particular, Kim Dong Mi suddenly stabbed the cutting board with a knife while yelling, “I’m so pissed off!” Song Ji In reported her odd actions to Shin Yoo Shin (Ji Young San), but he dismissed her claims without thinking much about it.

The newly released stills give a shocking look at Ah Mi erupting with anger. This time, she’s the one who’s about to stab the cutting board. In one hand, Ah Mi is gripping onto a huge knife, and in the other, she’s carrying her phone. She’s on the phone with Nam Ga Bin (Im Hye Young) while preparing food. Suddenly, her eyes grow wide with disbelief as she asks, “Do you think this makes any sense? Song Won unnie will turn in her grave!” She can’t control her boiling anger and actually throws her knife on the cutting board. Why did Ah Mi suddenly get angry at Nam Ga Bin? 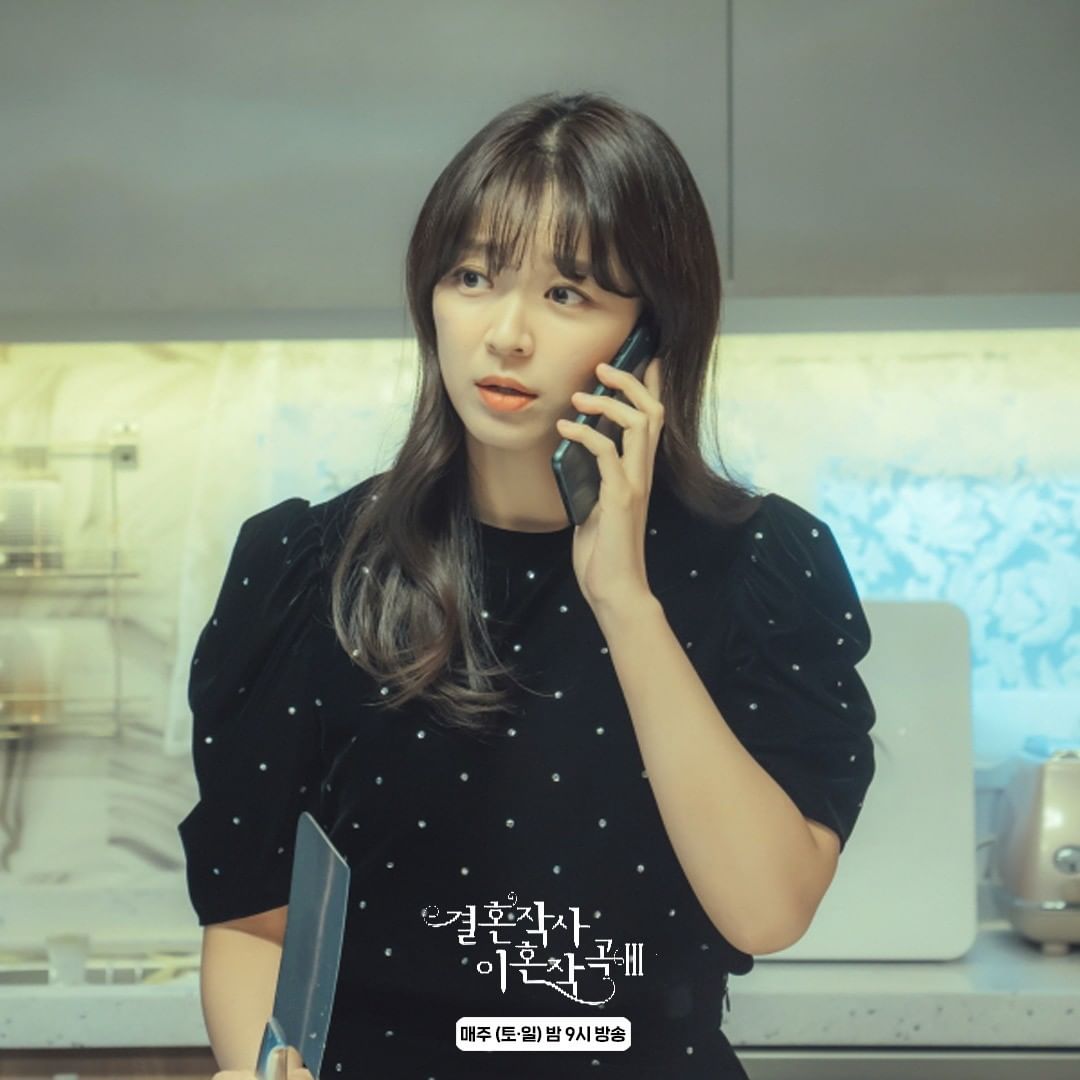 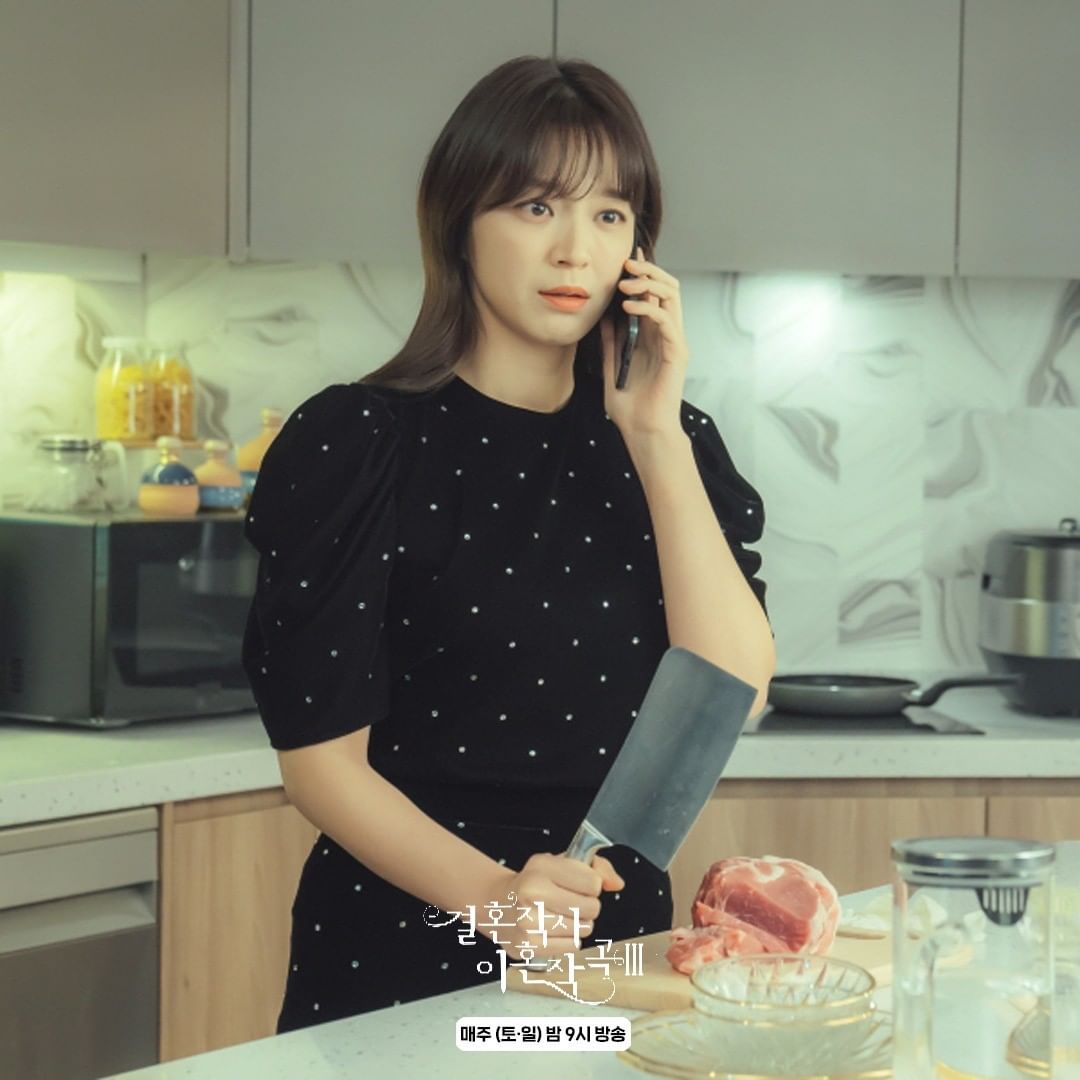 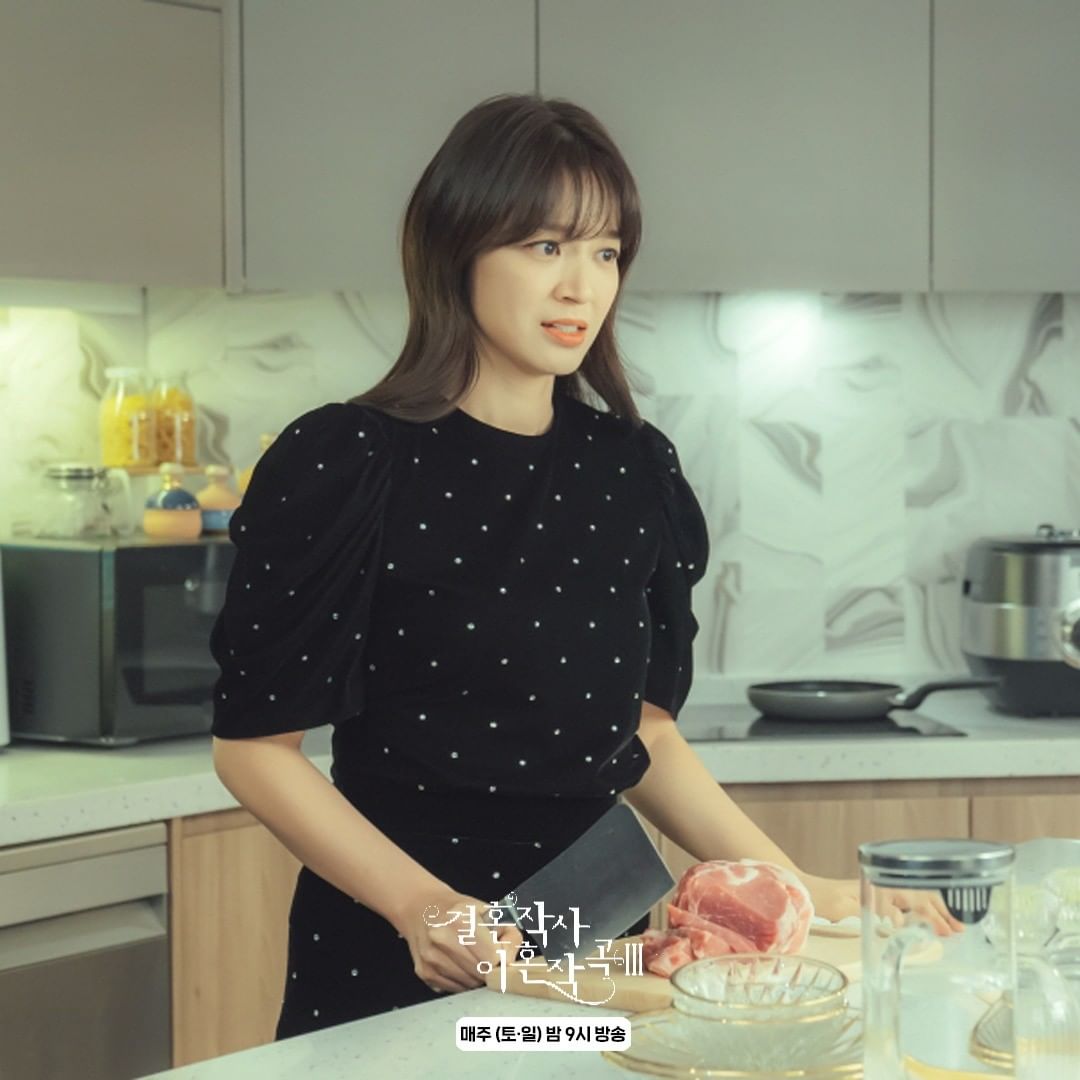 The drama’s producers praised Song Ji In, saying, “Song Ji In is a charming actress who doubles her character’s emotions with her ability to instantly immerse in her role and infinite ways to express them.”

While you’re waiting, watch Song Ji In in “Double Patty“:

Song Ji In
love (ft. marriage and divorce 3)
How does this article make you feel?