tvN’s new weekend drama “Our Blues” has unveiled new stills ahead of its premiere!

“Our Blues” did more than 80 percent of its filming on Jeju, capturing the island’s realistic appearance. Not only will the drama show the beautiful scenery of Jeju that embraces the blue sea, but it will also give a detailed look at Jeju’s traditional market, which is the main setting.

Before its upcoming premiere, the drama released new stills of the characters in their everyday lives at Jeju Island. The main characters live together in the village of Pooreung, and most of them make a living by working at the markets.

One photo shows Lee Dong Suk, who runs a truck that sells all kinds of useful items, getting ready to start the day. Fish shop owner Jung Eun Hee and ship captain Park Jung Joon exude charisma at the auction. Then there’s Lee Young Ok, a rookie haenyeo (female diver that harvests sea life for a living), waving with a radiant smile on her face. 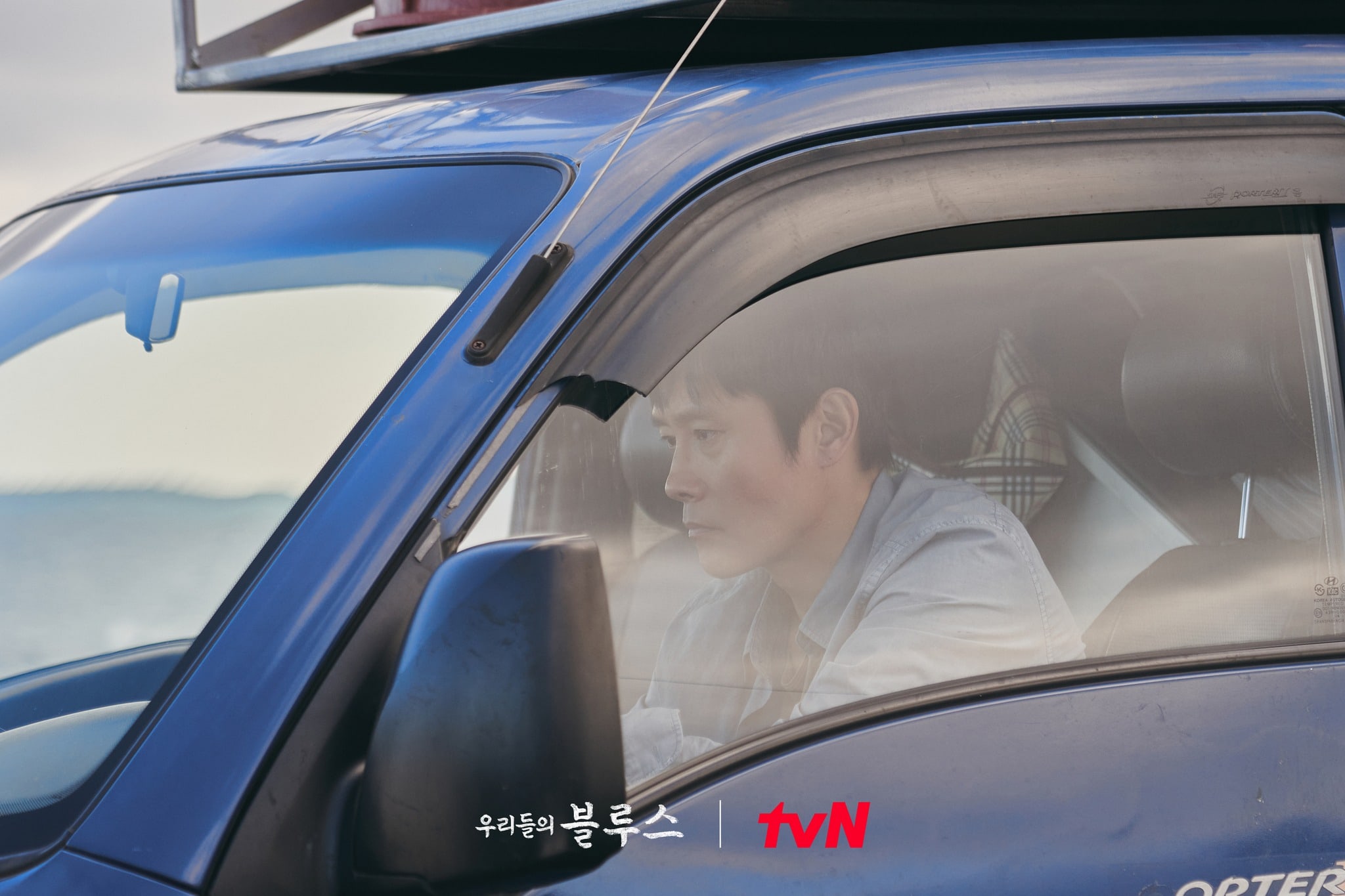 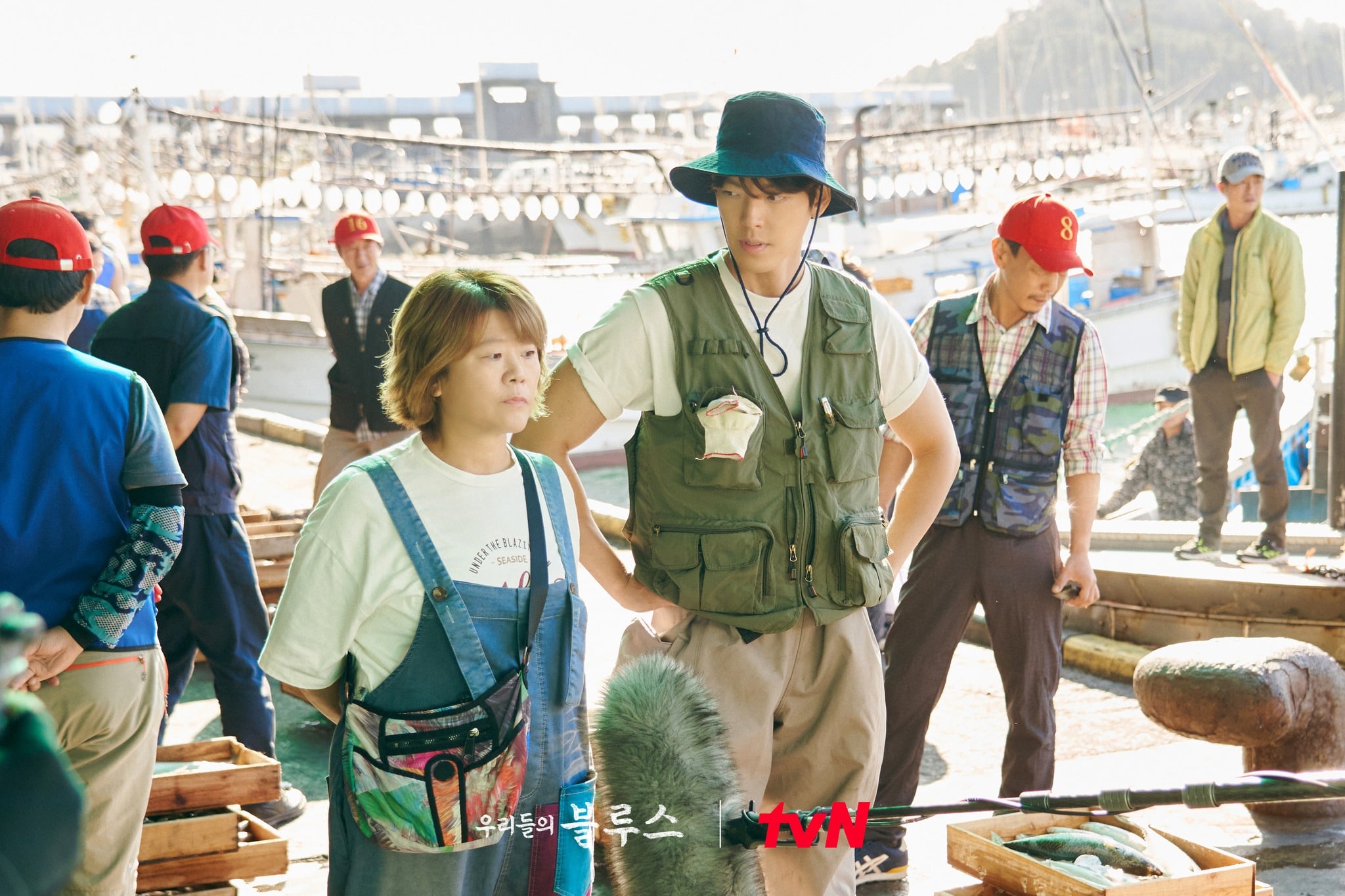 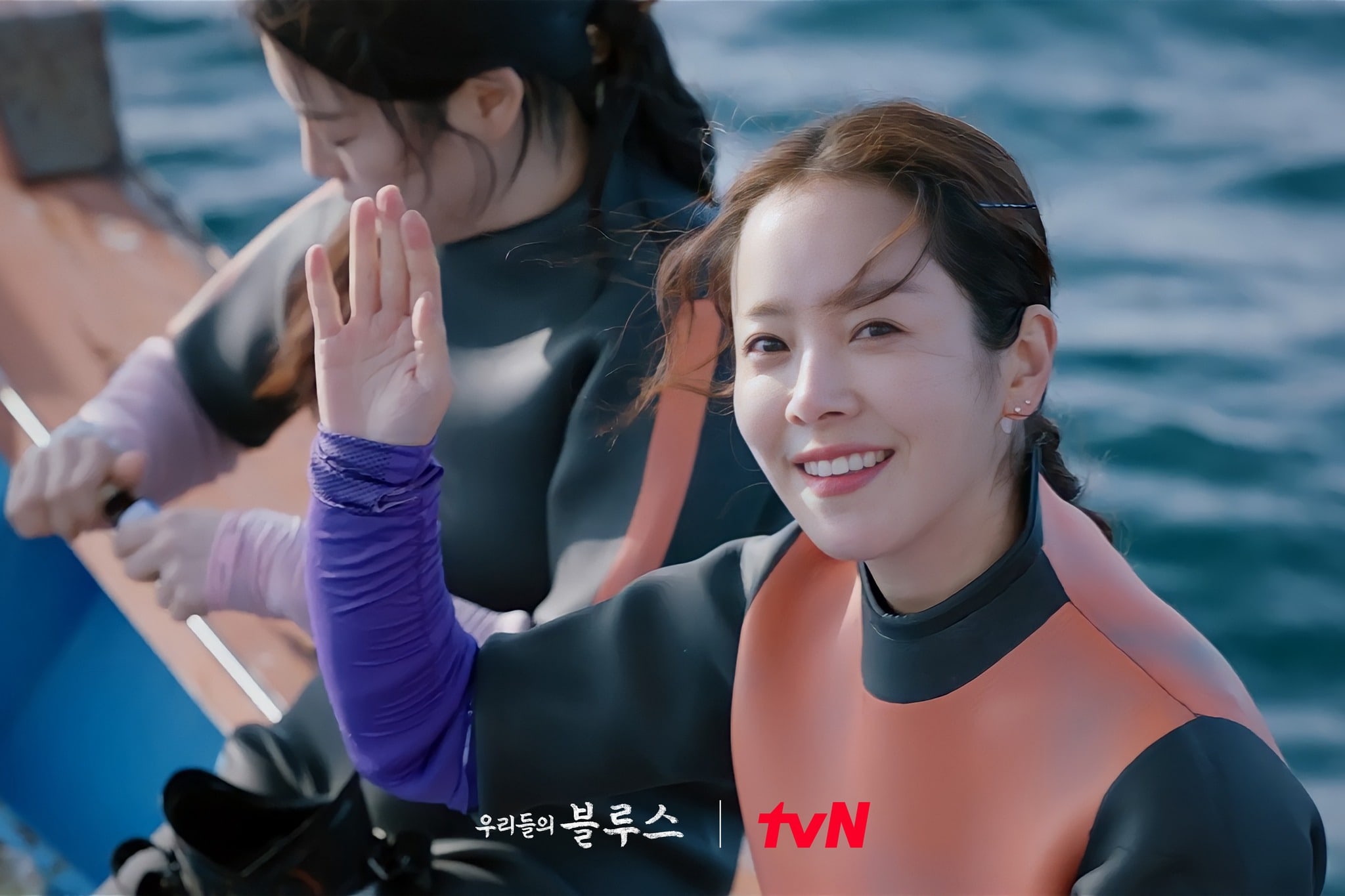 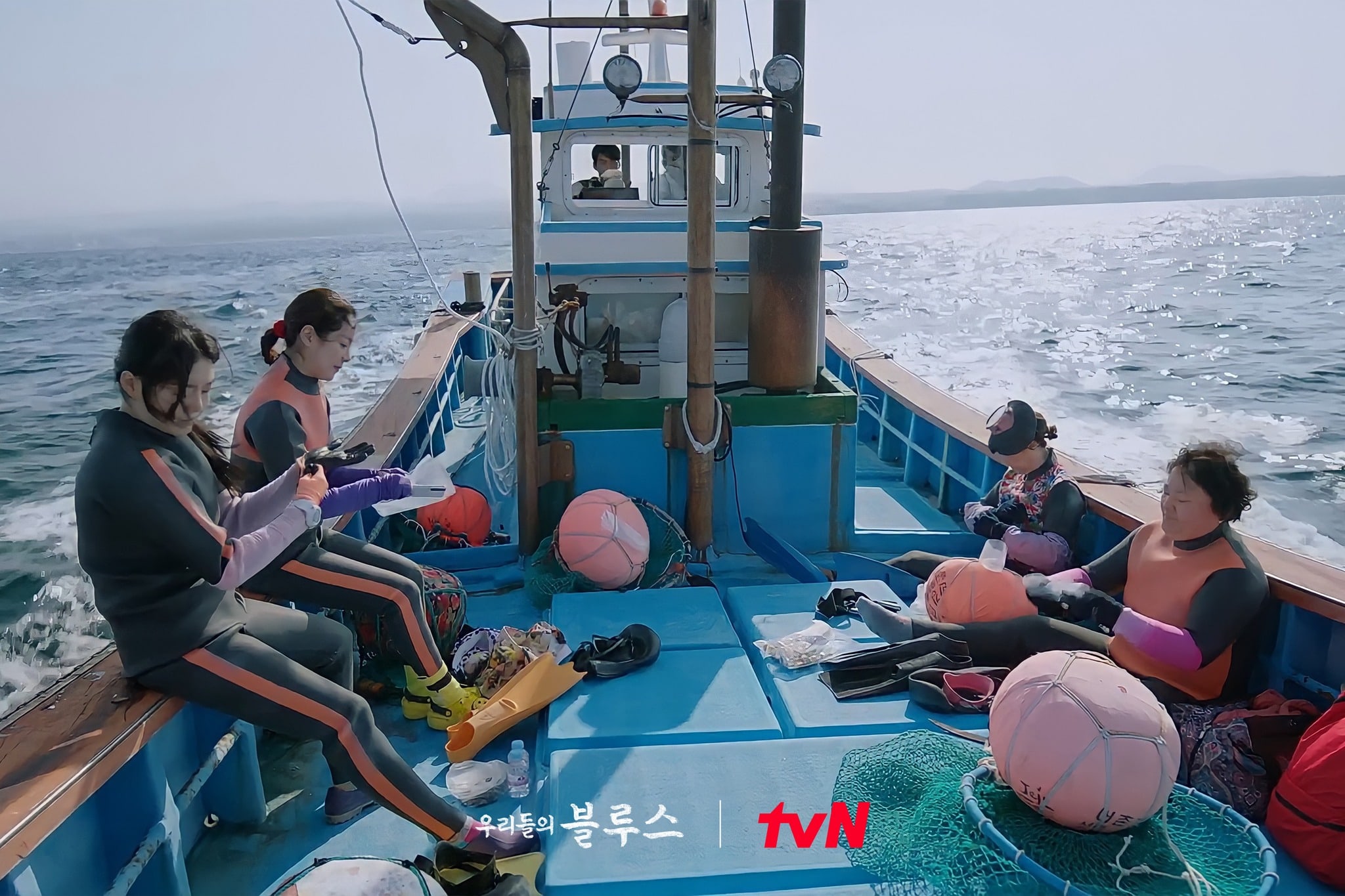 The production team amped up anticipation for the premiere, saying, “The images of people living in Jeju will be vividly and realistically portrayed. All four actors went through the process of immersing themselves in their characters. Lee Byung Hyun and Lee Jung Eun made an effort to learn the Jeju dialect, and Han Ji Min and Kim Woo Bin met with real haenyeos and ship captains.”

In the meantime, check out Han Ji Min in “Familiar Wife“: