“Sh**ting Stars” is a romantic comedy about the people who work behind the scenes in the entertainment industry cleaning up the messes created by the stars. The drama depicts the realistic story of people who stand behind the celebrities and shed blood, sweat, and tears to make them shine like stars in the sky. Lee Sung Kyung will star as Oh Han Byul, the head of the PR team at an entertainment agency, while Kim Young Dae will play her nemesis, the A-list star Gong Tae Sung who is also a troublemaker.

Choi Ji Woo will be playing the role of Eun Si Woo, a legendary A-list actress who was the biggest star of the 1990s. Eun Si Woo is also renowned for her acting skills, being the first Korean actress ever to win Best Actress at a prestigious French film festival. After retiring from the entertainment industry, she abruptly left for France, but Eun Si Woo returns to Korea and becomes a hot issue once again.

The newly released stills capture Eun Si Woo walking down the red carpet looking stunning in her beautiful dress. With her elegant walk and dazzling smile, she captures the attention of numerous fans and reporters. 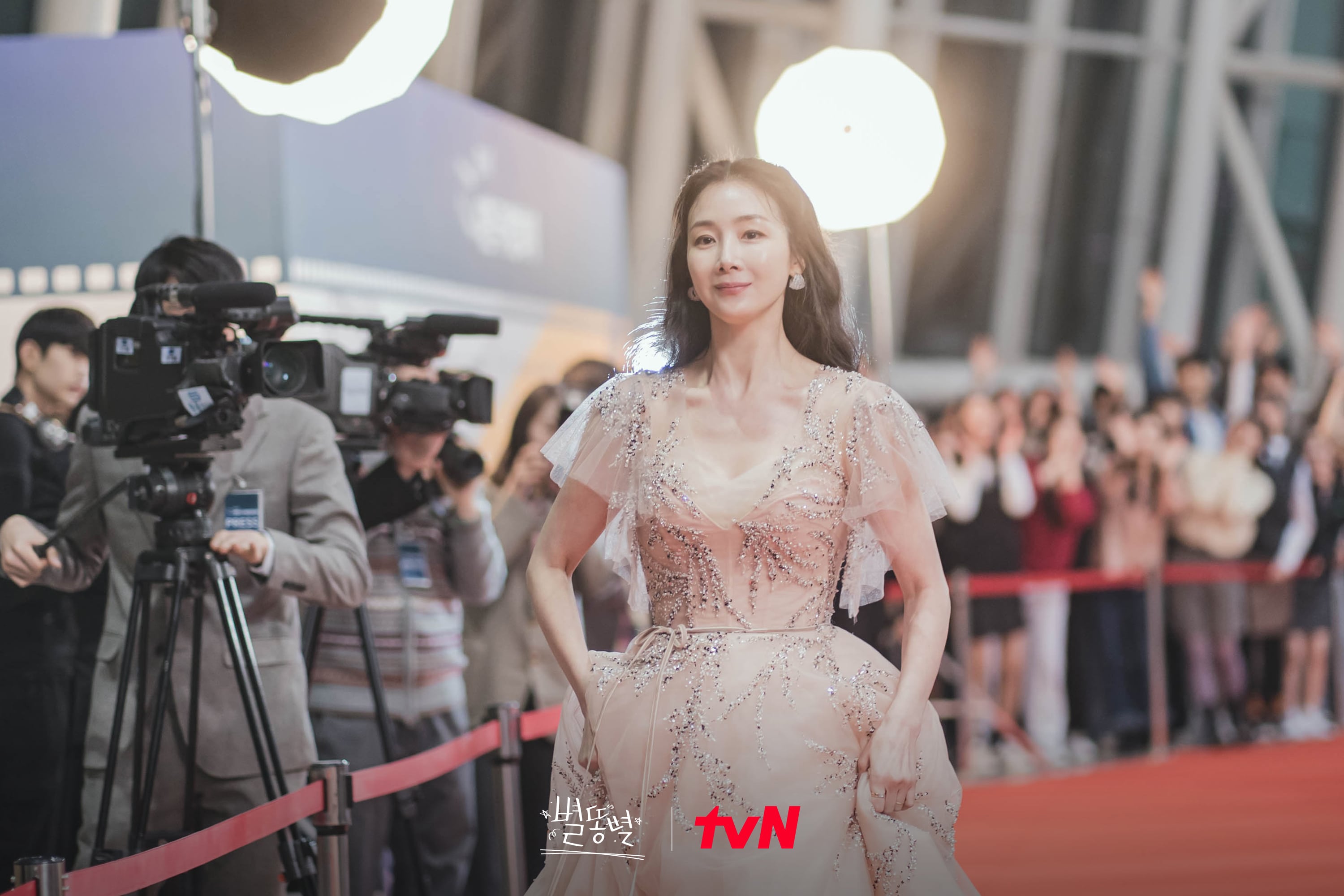 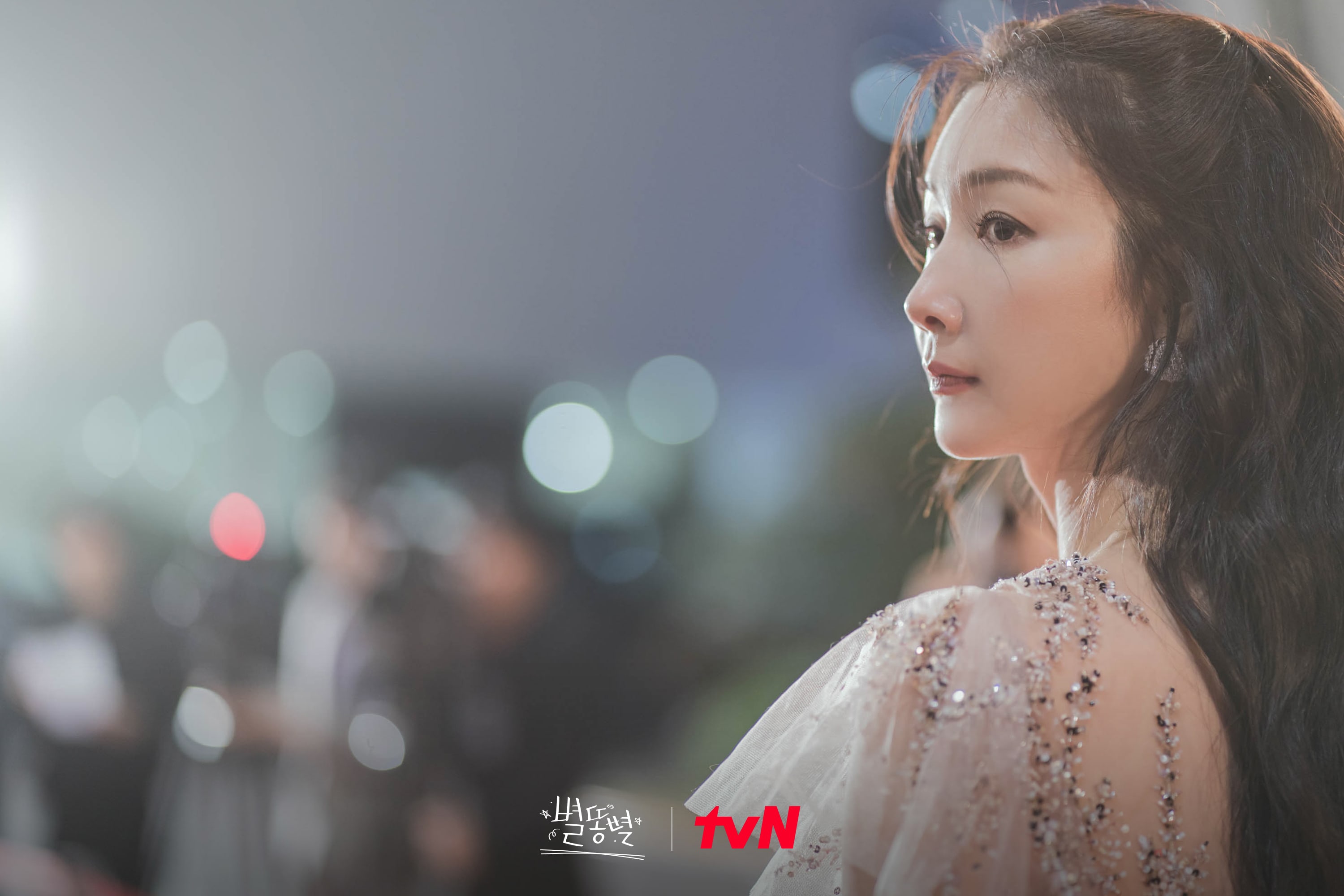 The production team shared, “We thought that Choi Ji Woo is the only actress who has a vampire-class beauty and top star aura befitting of Eun Si Woo. We are grateful for actress Choi Ji Woo who readily decided to make an appearance despite it involving a lot of filming. Viewers will be able to feel actress Choi Ji Woo’s irreplaceable presence.”

“Sh**ting Stars” will premiere on April 22 at 10:40 p.m. KST and will be available with English subtitles on Viki. Watch a teaser here!

Check out another teaser:

Choi Ji Woo
sh**ting stars
How does this article make you feel?