Kim Sejeong Talks About Romantic Chemistry With Ahn Hyo Seop, What “A Business Proposal” Means To Her, Next Project, And More

Kim Sejeong has reflected on the success of her latest drama “A Business Proposal”!

Based on a popular web novel that has been adapted into a webtoon, SBS’s “A Business Proposal” is a romantic comedy about an office employee who goes on a blind date with her company’s CEO in place of a friend while hiding her identity. Ahn Hyo Seop stars as chaebol heir Kang Tae Moo, who has everything from looks and brains to wealth and business savvy. Kim Sejeong stars as food researcher Shin Ha Ri, who stands in for her best friend and chaebol heiress Jin Young Seo (Seol In Ah) at a blind date with Kang Tae Moo.

Not only did Kim Sejeong impress with her portrayal of Shin Ha Ri, she also played the role of the bold and dramatic Shin Geum Hee, a fake character adopted for her fake relationship with Kang Tae Mu. Through these roles, Kim Sejeong showcased a memorable romance with Ahn Hyo Seop, an adorable womance with Seol In Ah, and her skills as a hardworking employee.

The drama’s April 5 finale ended on a successful run surpassing 11 percent in viewership ratings. Regarding the conclusion, Kim Sejeong commented, “I feel refreshed. So much happened from the preparation process all the way through filming. There was a lot to prepare as Ha Ri and there were a lot of incidents because of COVID-19. All of that eventually came to end well and will remain as a memory.”

Right after the premiere of “A Business Proposal,” Kim Sejeong drew attention for her impressive over-the-top acting during her blind date scene with Ahn Hyo Seop, earning her the nickname “Korea’s Emma Stone.”

She responded, “I felt two different emotions. First, I was so thankful. Since it was an important scene, I had to catch the attention of many people and as Geum Hee’s first scene, I had to convince viewers. It couldn’t just be funny and Ha Ri couldn’t just appear funny. Thankfully, I think [viewers] were convinced, so it’s a scene I’m thankful for.”

Kim Sejeong continued, “I really like Emma Stone and I’ve heard before that we’re similar, so I’m very thankful. It used to be a nickname that only I knew of, but I’m happy that everyone calls me it now. At the same time, there’s pressure in receiving the name of Emma Stone.” 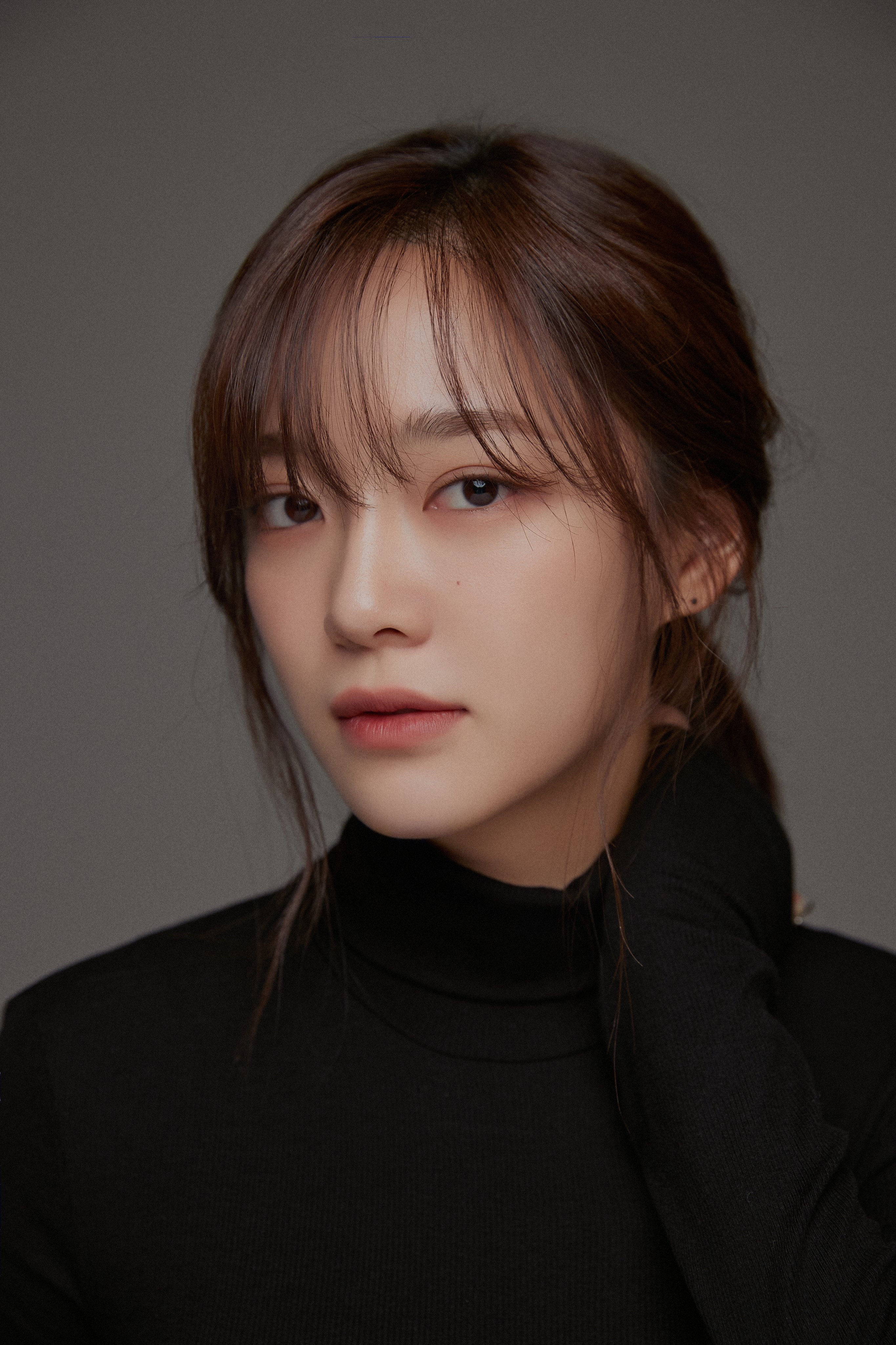 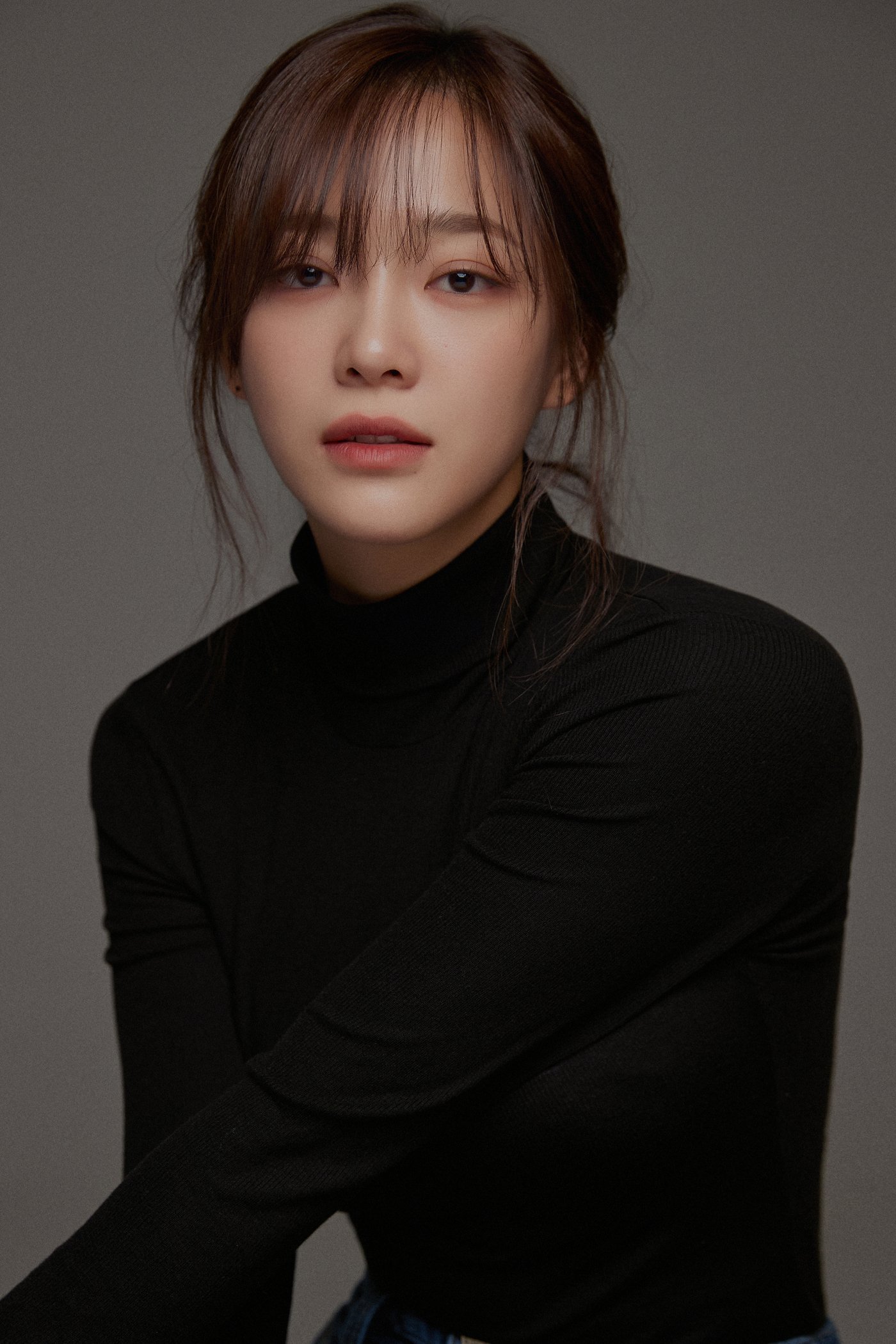 Although most dramas are typically 16 episodes, “A Business Proposal” was only 12 episodes, leading to some scenes having to be cut. Kim Sejeong explained that this was also a good thing because important scenes were prioritized and long explanations weren’t needed, but she also added that there are a lot of scenes she wished made the cut.

She elaborated, “In the last episode, there’s a scene where Ha Ri says she’ll send Tae Mu off to the United States and then adds, ‘Honestly, I wanted to go with you.’ It’s the first scene where Ha Ri expresses sadness, but it unfortunately got cut because of time restraints. Ha Ri had always hid her true feelings so I think it would’ve been better if she was able to say everything and then send Tae Mu off.”

Another hot topic among viewers of “A Business Proposal” was the chemistry between the lead actors Kim Sejeong and Ahn Hyo Seop. Kim Sejeong commented, “Our romance chemistry was very good. Very. Thankfully, a lot of the scenes that garnered lots of interest were scenes that we created with improvisations. The fact that we were able to fill the romance with improvisations means that our chemistry was really good.”

She continued, “What I was most thankful for is that [Ahn Hyo Seop] is such a considerate actor so he always understood things like, ‘Wouldn’t Ha Ri be uncomfortable in this kind of situation?’ well. He would suggest cutting out all the scenes that could make me uncomfortable as Ha Ri or as Sejeong.”

Kim Sejeong also revealed that a fan-favorite kiss scene between the two actors was completely improvised. In the scene, the two are sharing a conversation when Tae Mu surprises Ha Ri with a kiss. Pleasantly caught off-guard, Ha Ri replies, “Ing?” and Tae Mu answers, “Eung.” She explained, “It’s a scene that didn’t exist at all. The director suggested it but before that, Hyo Seop had already said, ‘I think Tae Mu would’ve kissed [Ha Ri] in this scene’ and it was also a scene where I thought, ‘I think I’d get kissed.’ Adding that kind of scene could’ve been awkward, but we were able to talk about it comfortably. It’s a lovely scene that combines everyone’s opinions and considerations.” 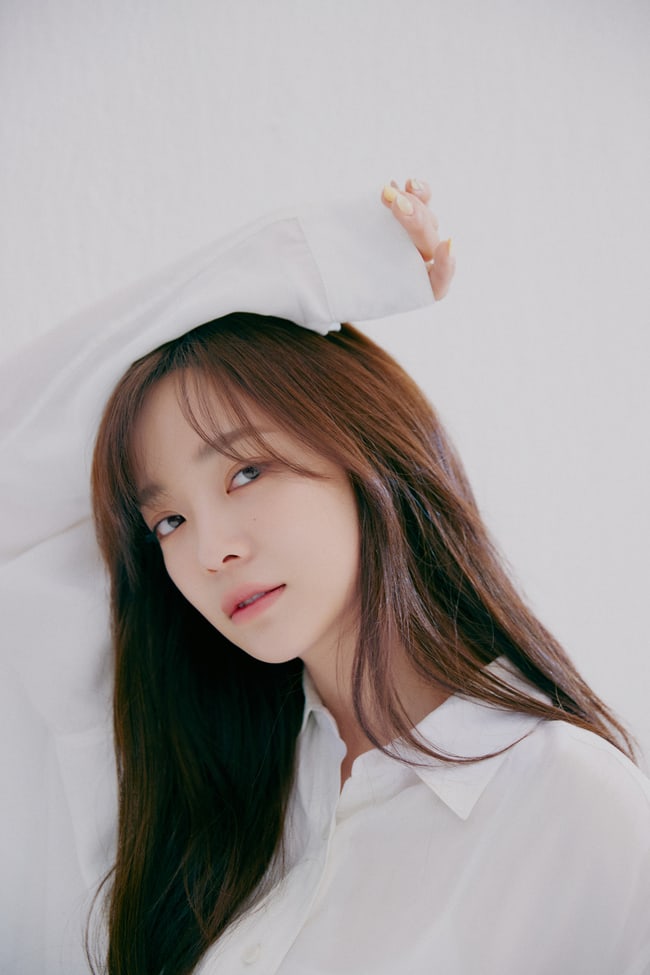 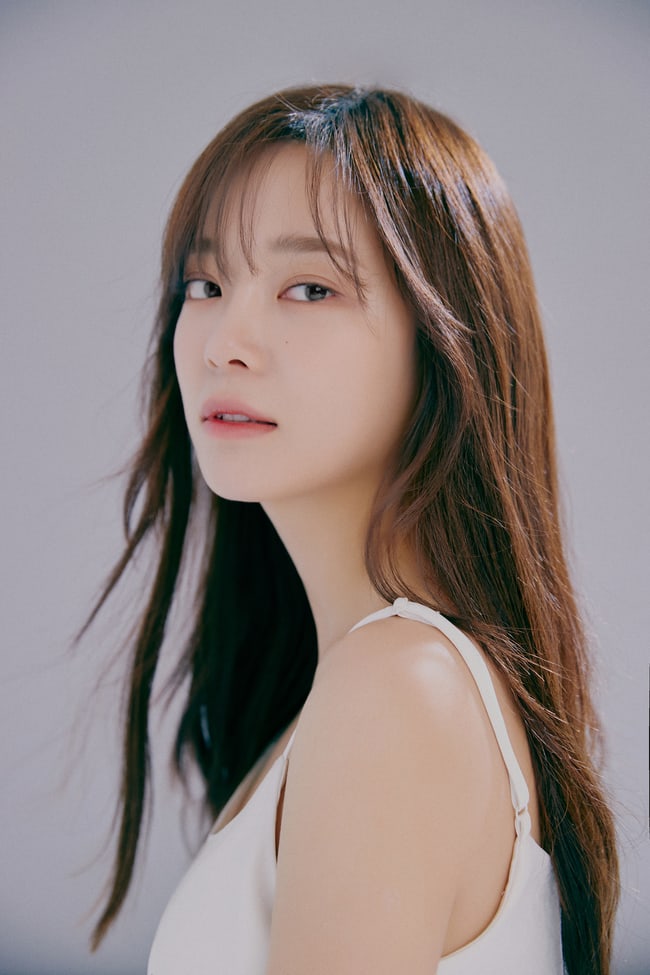 Regarding her bed scene with Ahn Hyo Seop, Kim Sejeong shared, “I wasn’t very worried. While there definitely must be people who were surprised to see Sejeong showing that, it was a moment that wasn’t awkward to Ha Ri and Tae Mu. If you saw Sejeong [and not Ha Ri] in that moment, I think that means my acting wasn’t good.”

She added with a laugh, “I was too shy to properly watch the final scene. I think it’s because it really appeared as Tae Mu and Ha Ri. While it was a pretty scene, I was more shy because I think it really would’ve happened for Tae Mu and Ha Ri. It felt like secretly watching in on them so I felt embarrassed.”

Last year, Ahn Hyo Seop won the best couple award with Kim Yoo Jung at the 2021 SBS Drama Awards for “Lovers of the Red Sky.” When asked if she was confident to win it with him this year, Kim Sejeong answered, “If it wasn’t a drama early in the year, I’d be able to tell you confidently, but because it’s an early drama, I’m not sure what kind of outstanding dramas will be released later in the year. Especially because it’s another SBS project, I can’t give you a definite answer. However, I can say that I think we were a pretty couple that can at least be nominated.”

Kim Sejeong has already confirmed “Today’s Webtoon” (literal title) as her next project, where she will act alongside Nam Yoon Su. The drama is a Korean remake of the popular 2016 Japanese drama “Sleepeeer Hit!” which tells the story of a former judo athlete who joins the webtoon editorial department as a new employee and struggles in order to mature into a true webtoon editor.

The star shared, “I saw the script and I thought that it’d be great if it could become a drama that encourages everyone who is dreaming their ‘second dream.’ There are people who have achieved their dreams and people who haven’t been able to. Even if you achieve your dream, you have to decide on your next dream to live your everyday life. Just because you achieve your dream, doesn’t mean your life is over and you have to set your next goal.”

Kim Sejeong continued, “People who haven’t achieved their dreams say that they’ve chosen to do everything they can in order to live through today. It’s not that your second dream doesn’t shine, as I believe that dream is also worthy. Just because you haven’t achieved your first [dream], I don’t want you to lower your second dream. I’m preparing [the drama] with the thought that I want it to become a drama that supports those dreaming their second dream and tells them they’re doing well.” 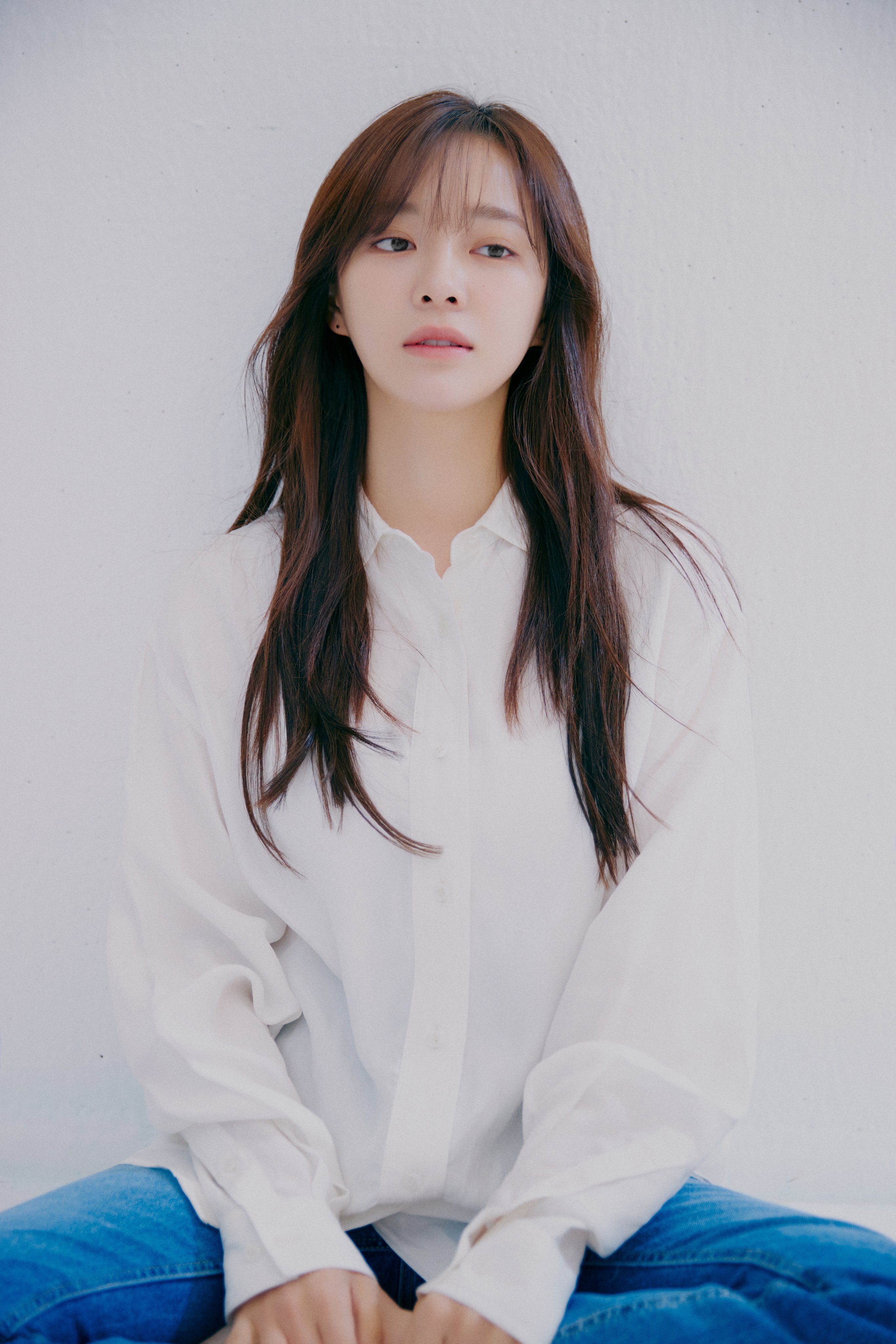 Watch Kim Sejeong in “I Wanna Hear Your Song” below: