Update: PSY Drops Hype New MV Teaser For “That That” Produced By And Featuring BTS’ Suga

PSY has unveiled more teasers of his upcoming title track “That That” featuring BTS’ Suga!

Along with a photo of PSY posing with Suga on the music video set, the new teasers also include a short video interview with Suga and PSY. Suga reveals, “Ah…. I thought I was only writing the song,” and PSY laughs while sharing, “He got involved more and more deeply.” 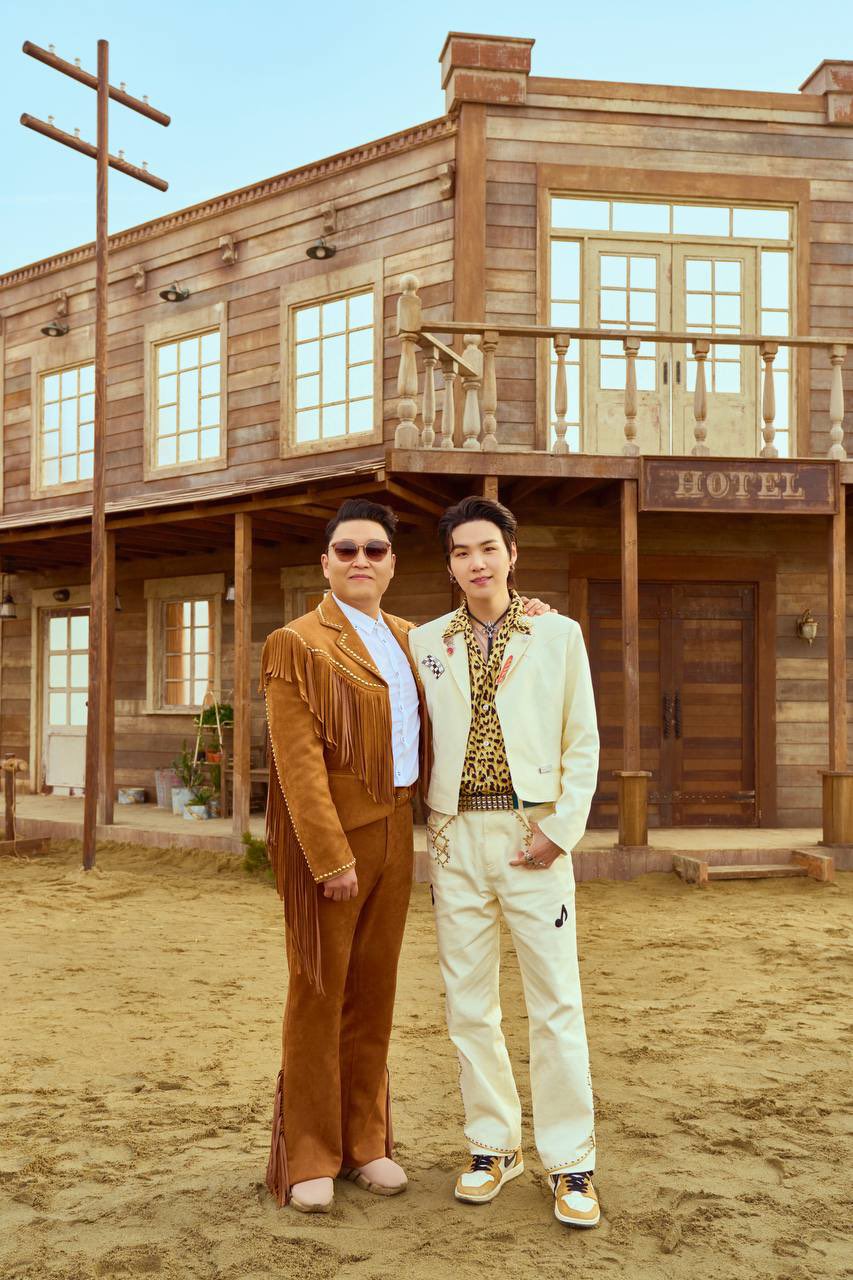 That That prod.&ft.
and Starring SUGA of BTS

Check out the teaser with Suga below!

In addition to producing PSY’s upcoming title track “That That,” BTS’ Suga has also featured in the song! 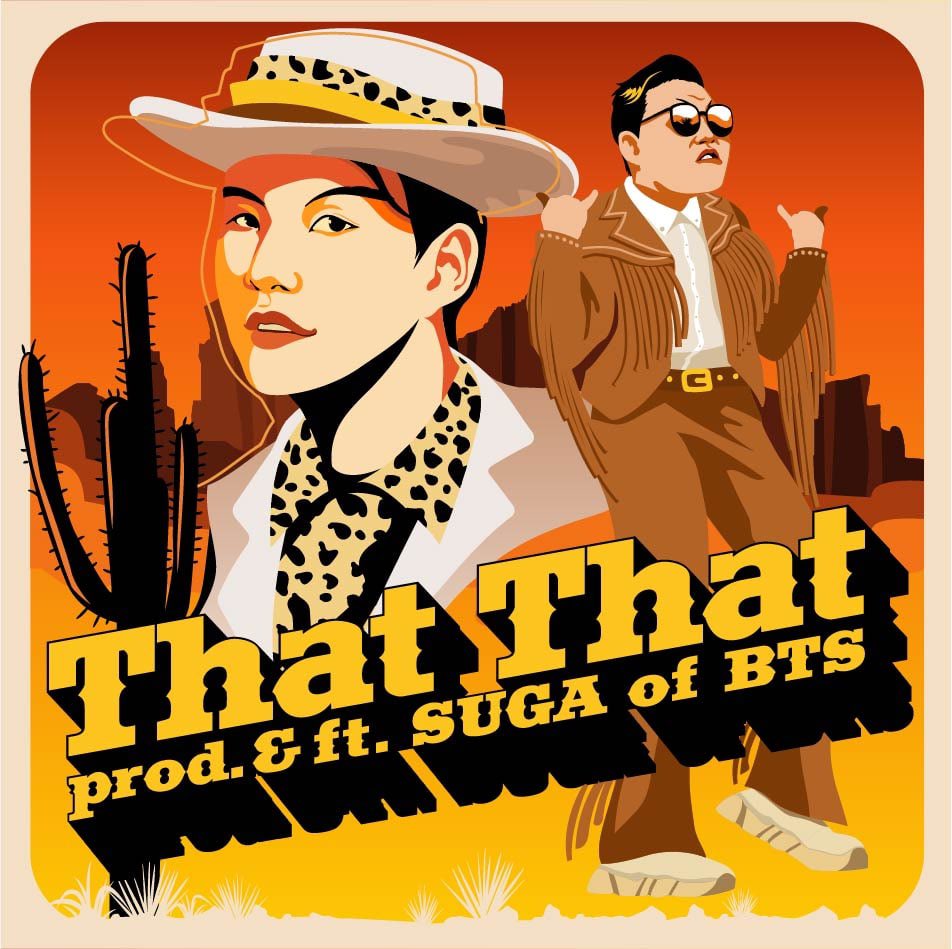 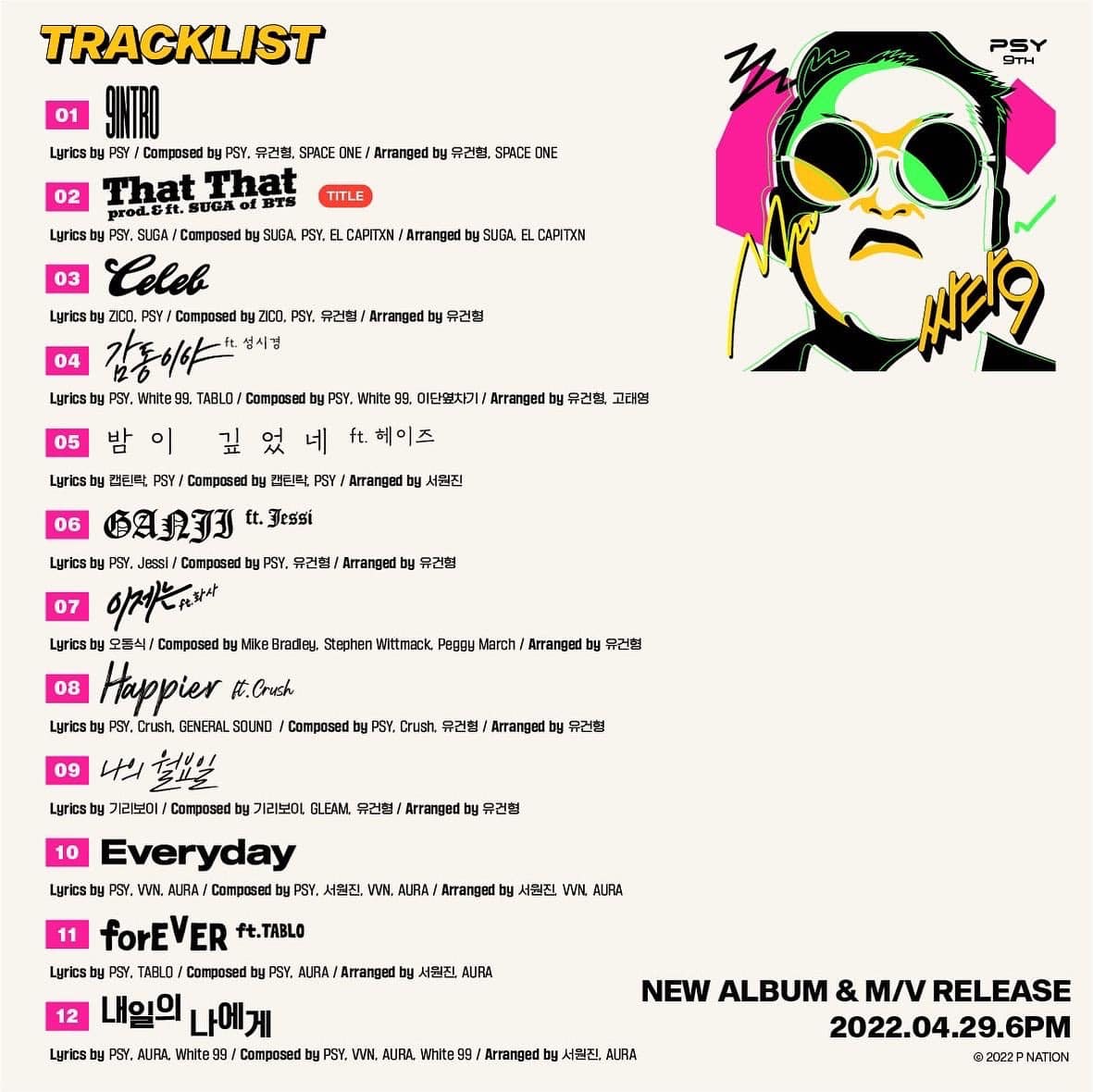 Track List:
#2. That That prod.&ft. SUGA of BTS *Title Track

Check out the second music video teaser below:

The full track list has been unveiled for PSY’s upcoming ninth album!

The title track “That That” is produced by BTS’ Suga: 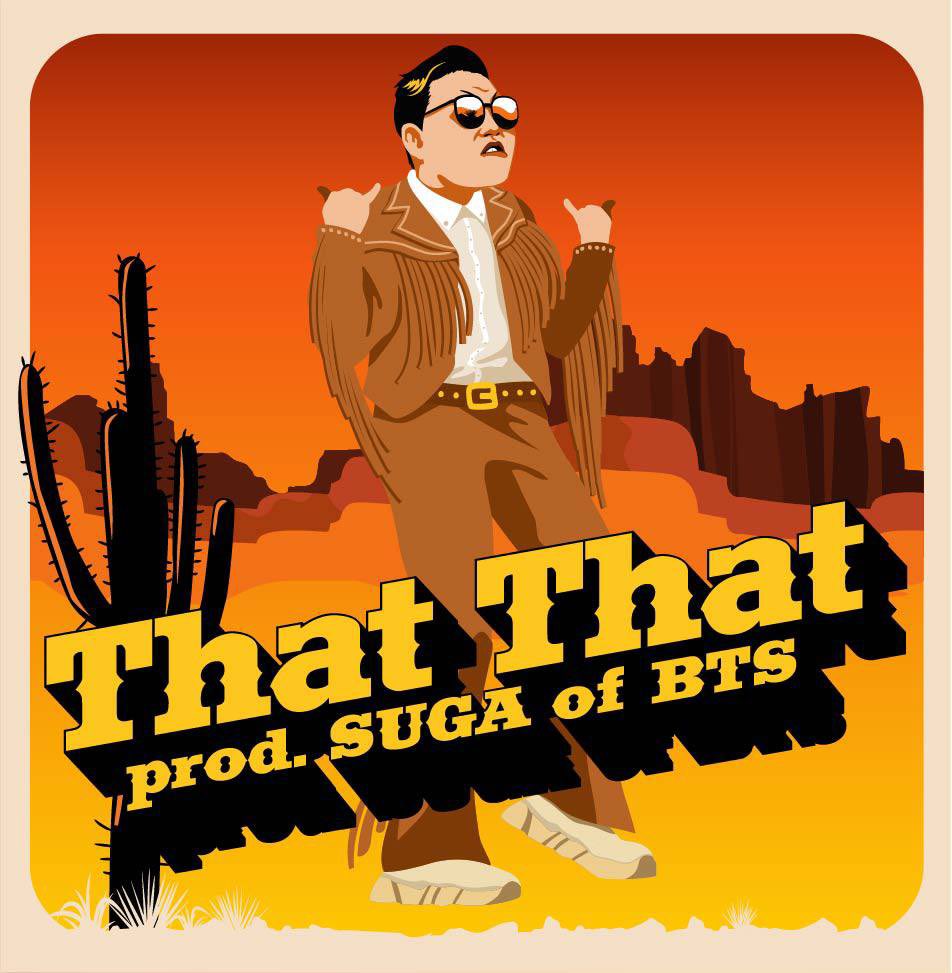 Also check out the rest of the track list featuring Sung Si Kyung, Heize, Jessi, MAMAMOO’s Hwasa, Crush, and Tablo along with the album sampler: 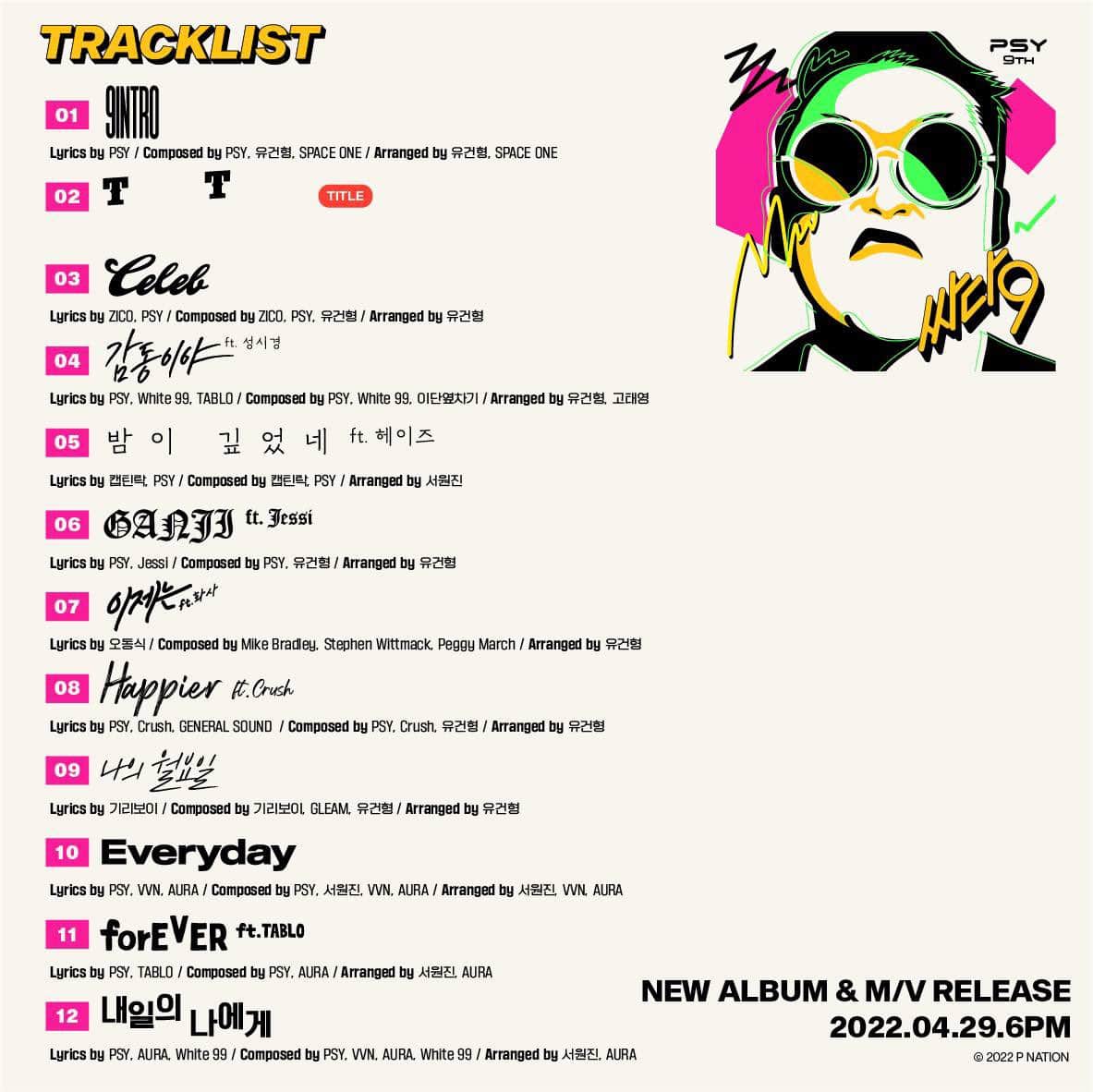 On April 14, PSY released a comeback poster and track list for his upcoming ninth album “PSY 9th Ssada9,” which is an abbreviated phrase meaning “PSY’s diverse ninth album” in Korean. PSY’s album poster features a caricature of himself using his signature style and expression.

The track list also only reveals the first letter of each song title, giving a small sneak peek at the upcoming album. According to the picture, six of the songs will have featured artists. 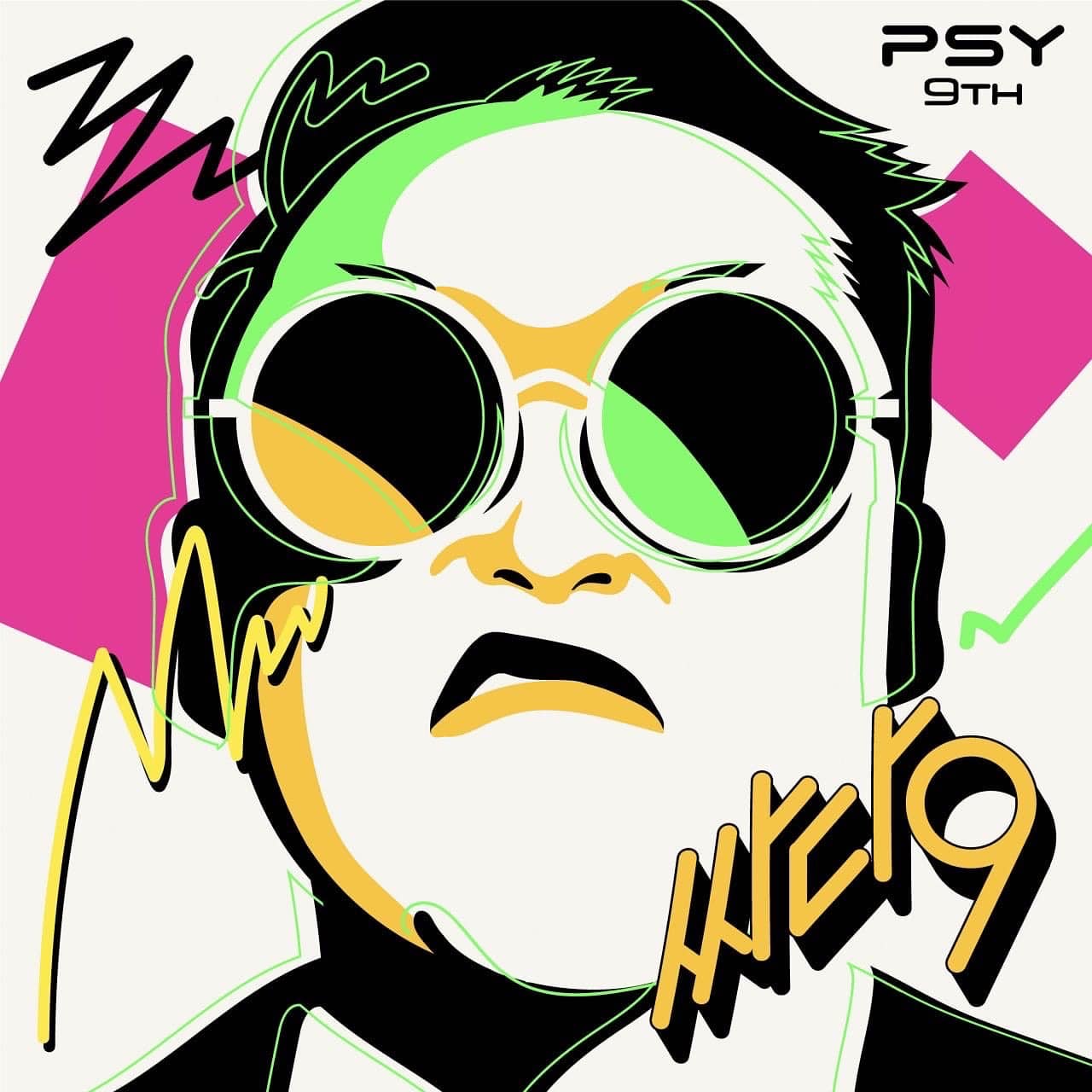 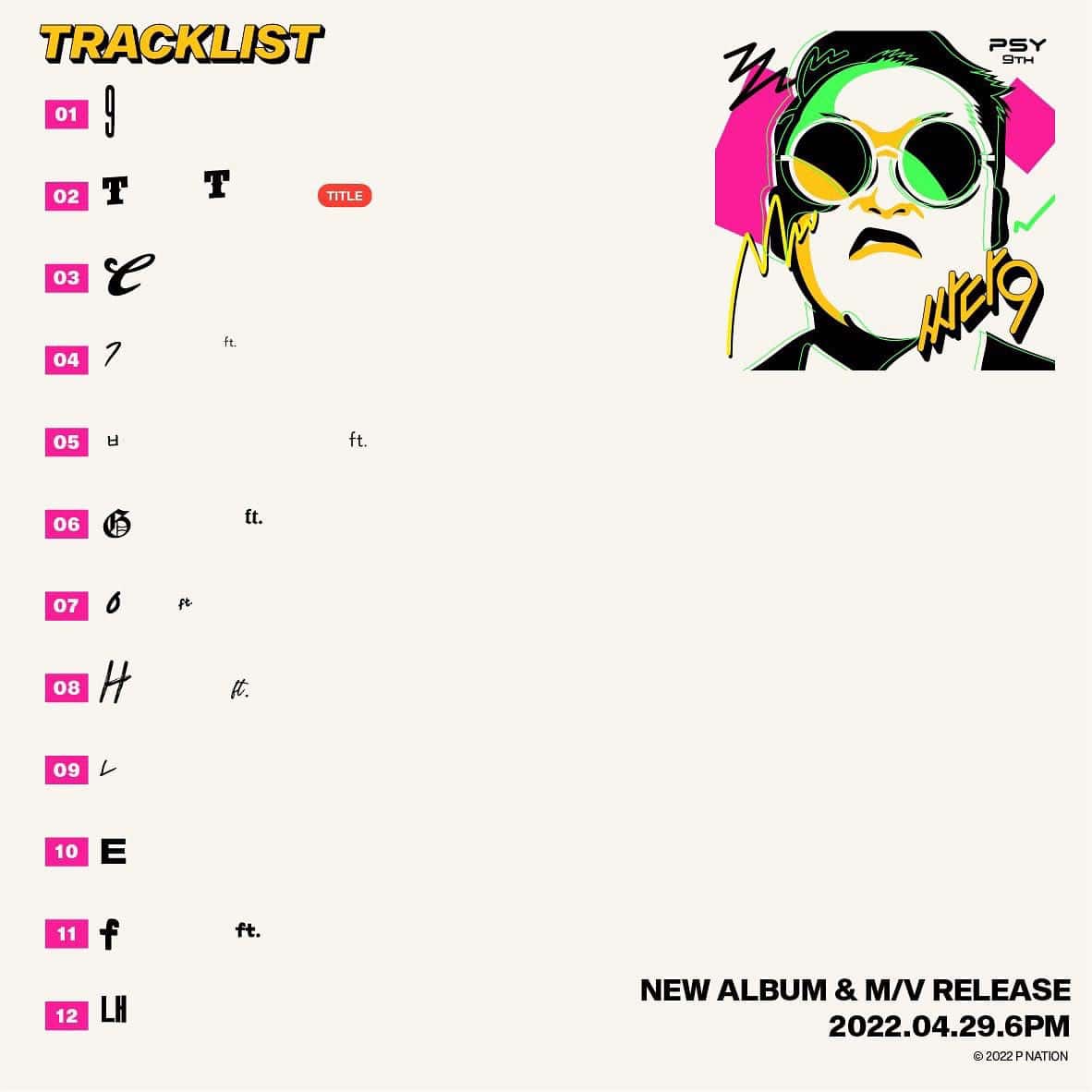 Mark your calendars: PSY is finally making his comeback!

On April 12, he made an official announcement on his social media accounts about his new album that will be released on April 29 at 6 p.m. KST. He also uploaded a video from his concert back in 2013 when he had predicted he could be releasing a hit song in 2022.

In the clip, he says, “To be honest, I produced ‘Champion’ in 2002, and it took me exactly ten years to produce a song that is more sensational than that. ‘Gangnam Style’ was released in 2012. I guess what I’m trying to say is that perhaps the next time you’ll meet a song like ‘Gangnam Style’ will be in 2022.”

PSY’s last album was “PSY 8th 4X2 = 8,” which was released in May 2017. This is his first comeback in about five years, and fans all over the globe are eager to find out what kind of sensational music he’ll come up with next.

Are you excited for PSY’s comeback? Share your thoughts with us below, and stay tuned for updates!