“Again My Life” returns with another fast-paced pair of episodes as Hee Woo’s (Lee Joon Gi’s) return to life goes better than he imagined. He’s suddenly front and center in cases that he only saw from afar, and he skillfully navigates a minefield of new friends and enemies while managing to excel in pretty much everything. And while some things change, others stay the same. Greed and money are the name of the game in 2008 with crashing financial markets, mergers aplenty, and an era where corrupt politicians referenced second-generation idols in an attempt to seem relevant (even if that Super Junior reference made me want to cry. Oh the good old days!). As Korea rises as an economic power and the bad guys step up their tactics, Hee Woo is left to wonder just how low he’ll have to sink to catch a monster.

1. “What happens when you’re greedy? You lose yourself.” 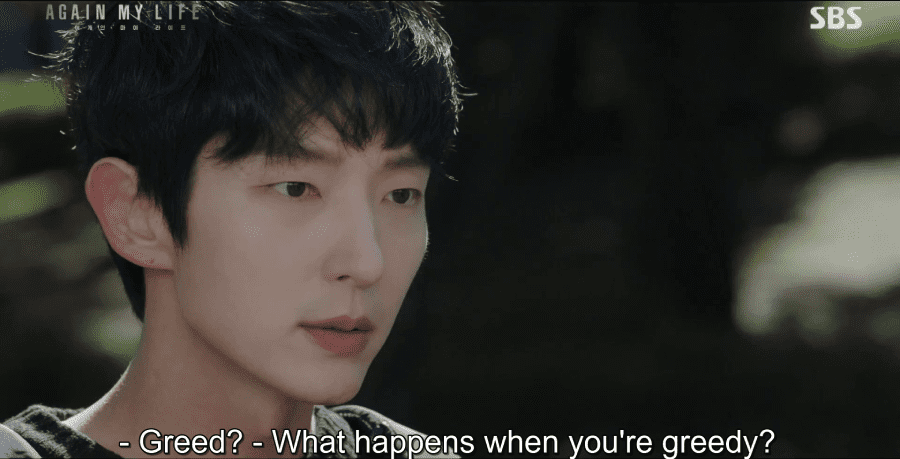 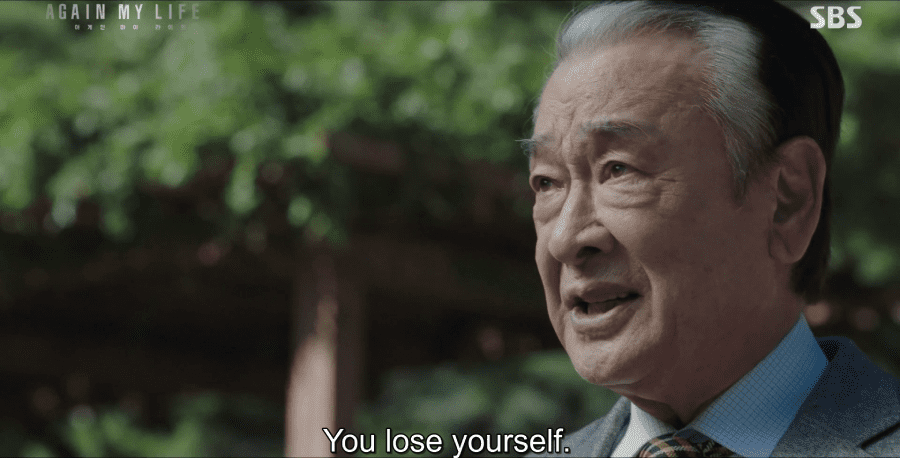 It’s always a delight to see Lee Soon Jae on screen. (Anyone remember “Flower Grandpa Investigation Unit”?) He gets an impactful role as Woo Yong Soo, a real estate speculator who buys up properties at auction. Hee Woo’s interest is piqued upon seeking to save the home of his classmate and study partner Kim Gyu Ri (Hong Bi Ra) from being auctioned off. Upon noting that Yong Soo bids on very specific properties, he briefs the older man and requests to learn from him. But Yong Soo begins with a warning: that the purchase of land purely to sit on it and wait for profits to increase is nothing but greed. That greed could lead to Hee Woo losing himself.

Hee Woo is all too well aware of the pitfalls of this path but commits himself to trying to be the exception to the rule. Yong Soo tests this resolve by asking Hee Woo to deliver an eviction notice to impoverished tenants whose properties he’s bought up. Hee Woo is visibly moved by their plight but manages to find workarounds each time much to Yong Soo’s secret pride. Seeing someone worth mentoring in Hee Woo, he helps him save Gyu Ri’s home and becomes a valuable partner, something that proves beneficial for him as well because Jo Tae Seob (Lee Kyung Young) has his dirty paws in everything and was this close to crushing Yong Soo.

2. “You can’t hold power if you don’t know the flow of money” 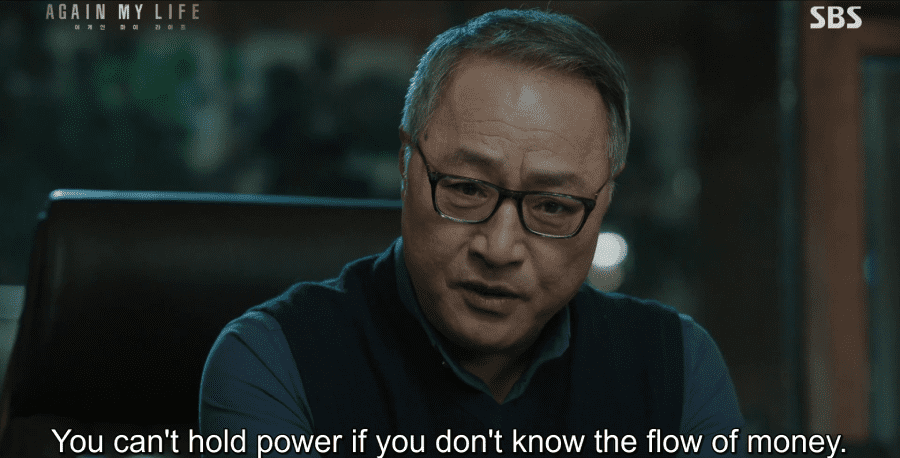 As this is set during the 2008 financial recession, Jo Tae Seob makes the astute comment that politicians, despite being easily corrupted by money, need to have a fundamental understanding of how it works. They need to be able to visualize the future and place monetary bets on the winning parties. This is similar to what Yong Soo tells Hee Woo about how real estate speculation works, but Tae Seob sets a different goal post. Money, for him, is tied to power. The death of his son in the car crash that should have killed Hee Woo’s parents has left him with nothing to live for but the maniacal pursuit of becoming all-powerful. On the other hand, money-making is all Yong Soo knows how to do. He has no interest in the power bit. Thus, it’s all the more chilling when Tae Seob orders his men to go after Yong Soo and reduce him to nothing but the clothes on his back, purely because he wants the old man’s properties. It isn’t even personal; it’s all in a day’s work. One can only wonder just how many such deals he makes in a day and how many lives he ruins with a wave of his hands. In the original timeline, Yong Soo loses everything and is found dead in a river, and it’s unclear whether it is murder or suicide. But Hee Woo’s not about to let that happen.

Hee Woo hears about the plot from Jang Il Hyun (Kim Hyung Muk), who, with Choi Kang Jin (Kim Jin Woo), has inducted him into a “secret law club” at the university (aka an all-boys club where everyone scratches each other’s backs). Hee Woo encourages Yong Soo to sell all his properties in one go to a whole bunch of owners. It’s a testament to Yong Soo’s character that he does so without argument or regret. It was just money to him; something he could do, not something he hungered after. A mildly annoyed Tae Seob is left to deal with a bunch of new property owners instead of Yong Soo as a sole target. 1-0 for Hee Woo. 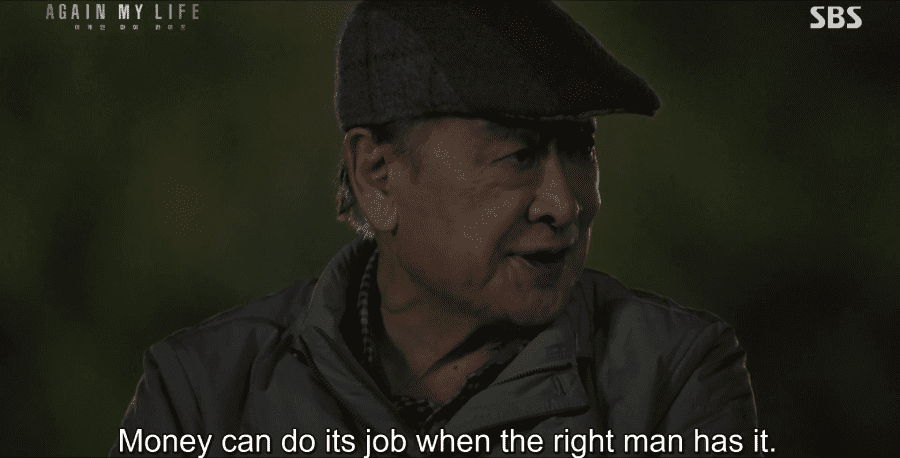 Tae Seob may be right in that power is linked to money and losing one is the same as losing both. However, there is another subtler take. While sharing a drink with Hee Woo as they overlook a neighborhood that both know will turn into high-rises someday, Yong Soo tells him that money has a job to do. And it’s a job that can only be done if money falls into the right hands. If not, it’ll serve the same corrupt masters with the same corrupt goals over and over again. With that, he entrusts Hee Woo with the money from the sale of his properties, telling him to do good with it and not lose his soul in pursuit of his goal. A grateful Hee Woo swears to do just that. Yet, can he really?

4. “You can’t catch the devil unless you become an even worse monster.” 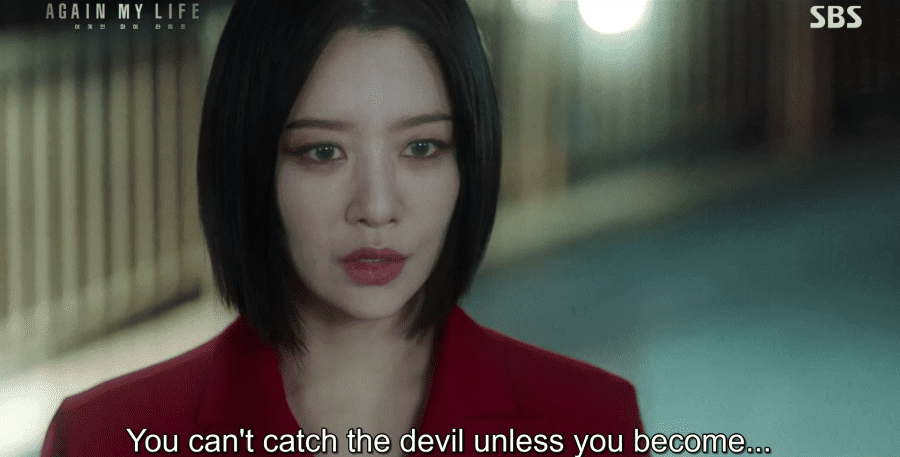 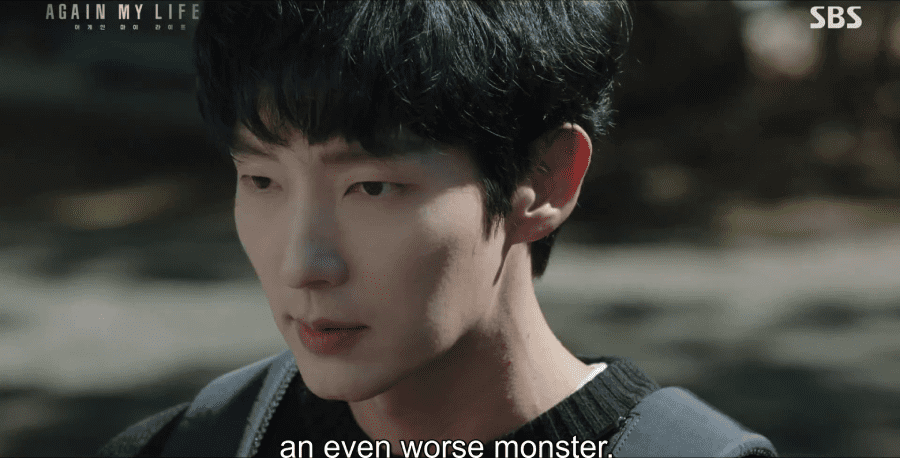 If Yong Soo’s advice is to amass wealth through the least ugly way possible and use it to do good, grim reaper Han Ji Hyun’s (Cha Joo Young’s) advice is to fight corruption with corruption. Hee Woo has skated by on thin ice this whole time without having to compromise his morals in any real sense. Tenants to evict? He’ll find ways around their problems by helping one find a new home and helping the other file for bankruptcy as she wishes. Joining a secret club of minor villains? He’ll feed them information that they’ll use to win cases and become in debt to him. Taking out minor players in Jo Tae Seob’s circle with minor players in Hee Woo’s circle? It’s no biggie to Hee Woo.

But Hee Woo hasn’t had to actually make any big decisions yet. He’s been extraordinarily lucky, but just how far is that luck going to run? We also still don’t know what happened when Hee Woo’s dad left for the police station to serve as a witness. Judging by how quickly afterwards they opened a chicken restaurant in this week’s episodes, money might have changed hands. And what if it’s a loan? Tae Seob could have his parents in the palm of his hand without Hee Woo even knowing.

Plus, Han Ji Hyun is alive in this era and is a close aide of Tae Seob despite working against him under the codename Pluto. Just how much does she know? Why work for him when she hates him? And why didn’t she react when Hee Woo said he’ll keep his promise? We’re entering a period of his life with more unknowns than ever. And she isn’t the only enigma.

5. “But he said he didn’t need money. He told me that he could be the richest man in the world if he wanted to.” 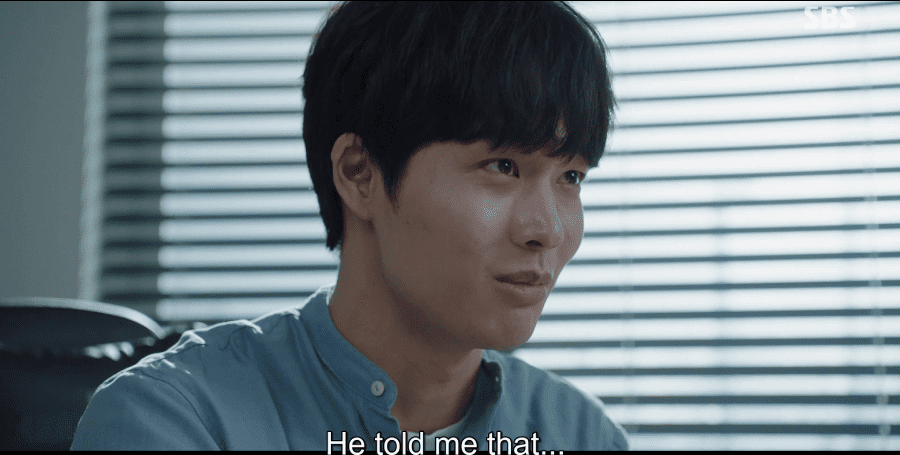 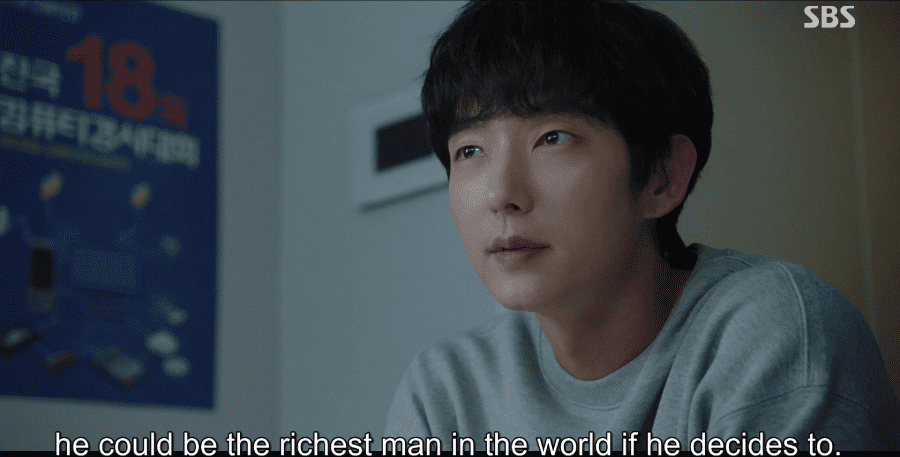 Lee Min Soo (Jung Sang Hoon) is a massive question mark. Hee Woo helps one of Min Soo’s friends invent an app that’s clearly meant to be KakaoTalk (now ubiquitous in Korea). In his previous life, one of the country’s largest conglomerates stole the student’s source code and cut him out of his own creation. This time, Hee Woo ensures that the man who does so is caught before he can make billions off of the idea. Min Soo’s friend confides to Hee Woo that it is actually Min Soo who came up with the idea for the app and refused money or credit for it, saying that he could be the richest man in the world if he so chose. Hee Woo takes this as a sign of Min Soo’s hidden genius, but what if it’s something more?

There’s been something strange about Min Soo from his use of 2021 slang in 2008 to his ability to get into any professional school he chooses and to the way he keeps hanging around Hee Woo. Creating an app that’s this popular requires foresight beyond which anyone could have seen at the time, which begs the question: could Min Soo also be from the future?

Next week shows us arrowing into the 2010s as Hee Woo speeds through law school. As his current life no longer resembles his previous one, it’s more important than ever that he treads carefully. He seems to have an uncanny ability to remember every case he sees on the news, but the closer he gets to the enemy, the more dangerous each step becomes.

Kim Ji Eun continues to be an easy watch as Kim Hee Ah, yet something feels missing. She’ll likely be Hee Woo’s greatest ally, what with her status as the daughter of Tae Seob’s closest partner conglomerate. And yet it feels like she hasn’t done much while Hee Woo runs around nonstop. Here’s hoping her role is better fleshed out because the women in this show deserve to shine more! Especially Kim Han Mi (Kim Jae Kyung)!