How are we already officially halfway through “Again My Life”? Time flies, or perhaps it’s just that the drama is that addictive. Kim Hee Woo (Lee Joon Gi) successfully returns to Seoul this week, bringing new compatriots to his side and gaining access to the upper echelon of the prosecution in the process. His double life is about to get that much more complicated when his next target is surprisingly close to home. But when you’re as good a person as Hee Woo, there’s always someone who’ll have your back. 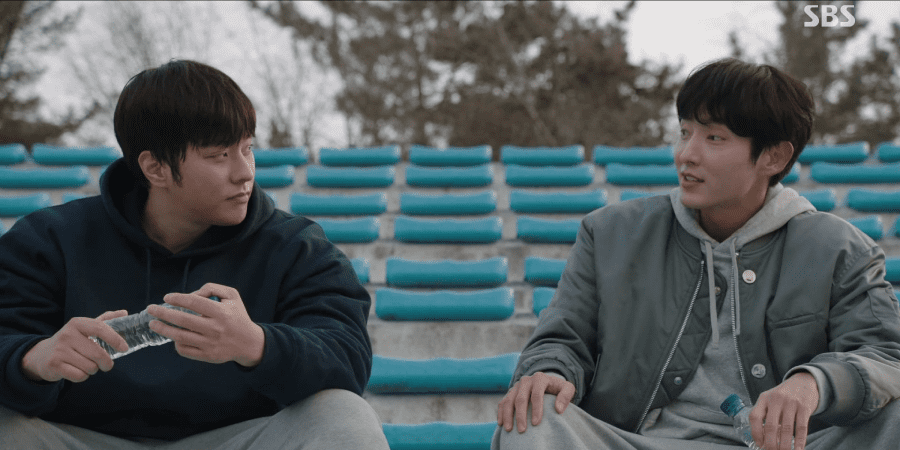 With Hee Woo’s previous knowledge of Lee Yeon Seok (Choi Min) as an infamous fighter came his responsibility to prevent him from going down that darker road. Knowing that Yeon Seok works as hired muscle for gangsters in order to pay his ailing mother’s hospital fees, Hee Woo arranges to have them paid off and for her to receive the best care possible at a good hospital in Seoul. That’s the amazing thing about Hee Woo. He didn’t have to go that far. He could simply have offered the other man a job. But going the extra mile immediately sets Yeon Seok’s wariness to rest, and the next time we see him, he’s happily working for Hee Woo’s parents and is part of the family Hee Woo’s amassing. He’s also studying under Park Sang Man (Ji Chan) and will no longer have to embroil himself in the criminal underworld to survive. It may not be as grand a gesture as tearing down corruption in the prosecution, but Hee Woo’s act of kindness did save the day here, and it changed Yeon Seok’s life. And fortuitously enough, Yeon Seok has the occasion to return the favor real soon. 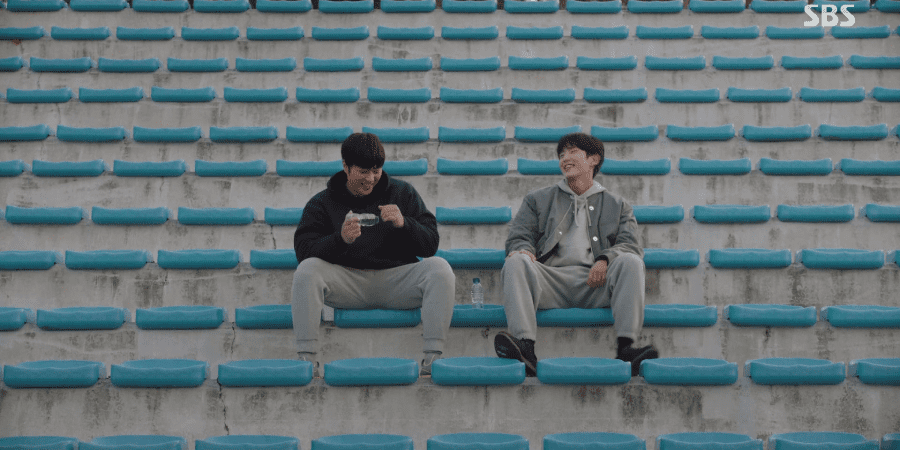 Jang Il Hyun (Kim Hyung Muk) remains a slimy greaseball, and his latest target is the boyfriend of a woman who was stabbed to death. Despite having called an ambulance, the boyfriend is suspect number one in the prosecution’s eyes, as only his fingerprints were found on the knife. Perhaps under normal circumstances, this wouldn’t be enough to convict him. Yet, a major chaebol banker has been making the headlines for fraud, and the prosecution will do anything to hide the fact that they have no intention of arresting the wealthy. 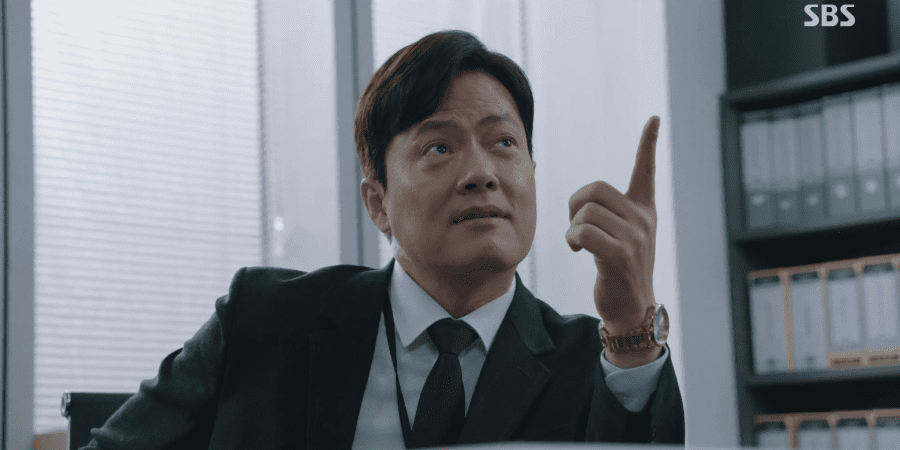 Overnight, the suspect goes from ordinary medical student to Korea’s worst boyfriend. His bewilderment and rage are framed as mental illness, and any fights with his girlfriend are framed as abuse. Public opinion is stacked against him (heavily fed by comment bots as ordered by Jang Il Hyun), and it seems like there’s no way out. Forced to tag along on the investigation, Hee Woo is disgusted and enlists Kim Gyu Ri’s (Hong Bi Ra’s) help. Together, they track down the real criminal, a notorious serial killer in Hee Woo’s previous life. Yet, Gyu Ri is almost stabbed herself when arresting him. Enter Yeon Seok who body slams the man to the ground, saving Gyu Ri’s and her subordinate’s lives. If he hadn’t been there, both would have very likely been dead! It’s amazing how small things can snowball! 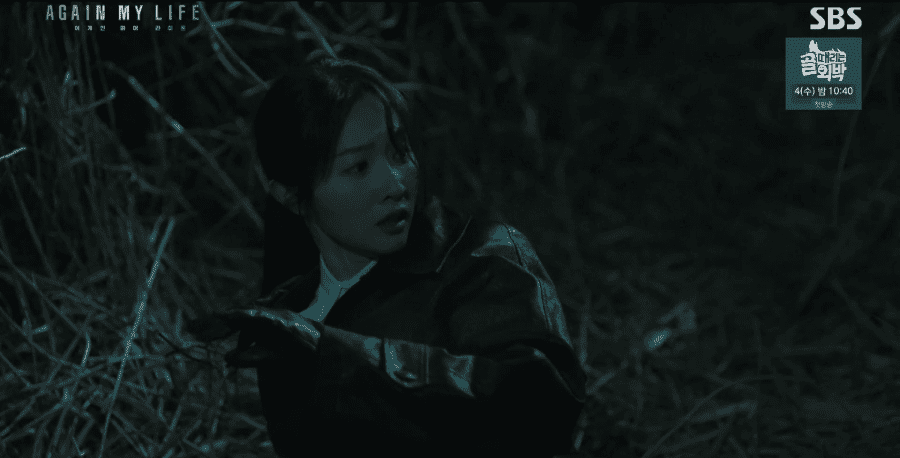 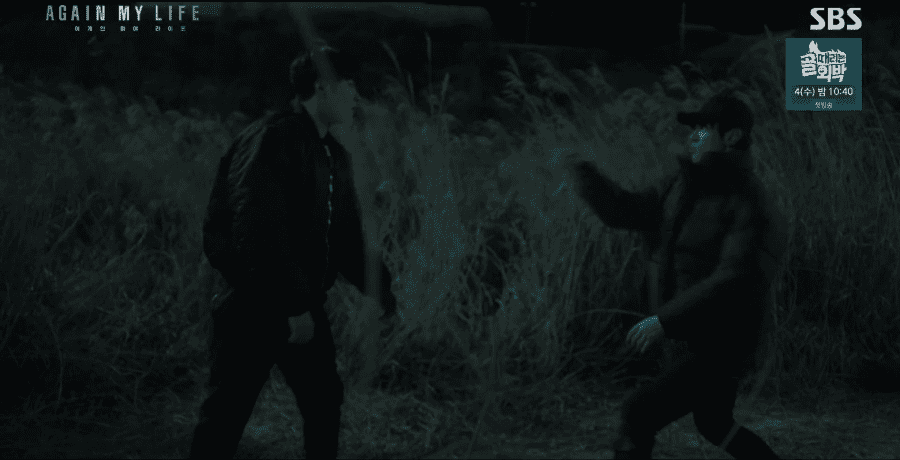 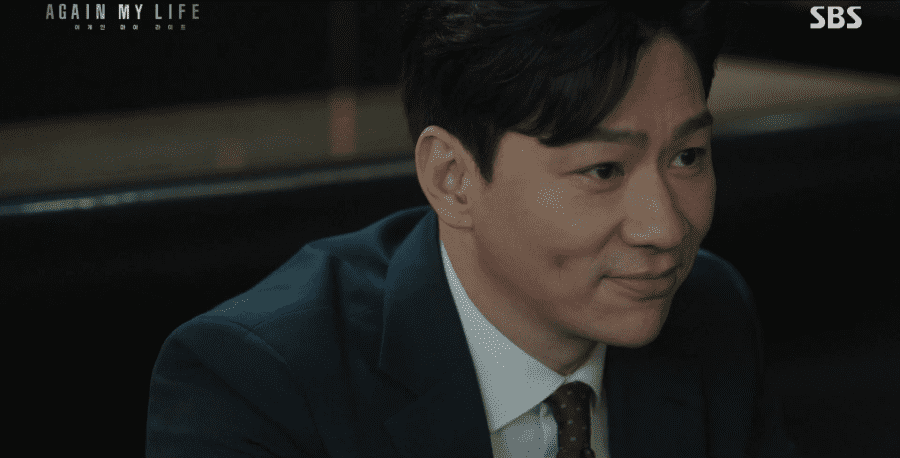 Speaking of everything being connected, we finally get a glimpse into Lee Min Soo’s (Jung Sang Hoon’s) real character. He’s always been so mercurial that’s it hard to figure out where he stands in this game, but this week seems to give us an answer: with Hee Woo. Turns out that Min Soo’s father was a wealthy politician framed by Jo Tae Seob (Lee Kyung Young) for a variety of financial and sexual crimes. It’s the first time we see Min Soo’s cavalier facade break, revealing something harder underneath. He notes that the case files are long gone, but Hee Woo says he still remembers everything and that they’re after the same person: Jo Tae Seob. Min Soo sighs that he’ll tell him everything some day. Ever patient, Hee Woo agrees to wait until then. It’s a quiet but valuable moment to Min Soo who was Enemy No. 1 at the prosecution service for daring to go after the aforementioned wealthy chaebol banker against the express orders of his superior.

Knowing that Hee Woo is aware of Min Soo’s family history but doesn’t believe the narrative of Tae Seob and is prepared to work with Min Soo to bring Tae Seob down is a huge deal. It revs him up to keep going after the bad guys with renewed effort. Moreover, Hee Woo bringing the true culprit of the medical student case to light places the spotlight back on the wealthy chaebol banker. It also forces the prosecution to let Min Soo press charges. And just like that, Hee Woo quietly saves Min Soo too. 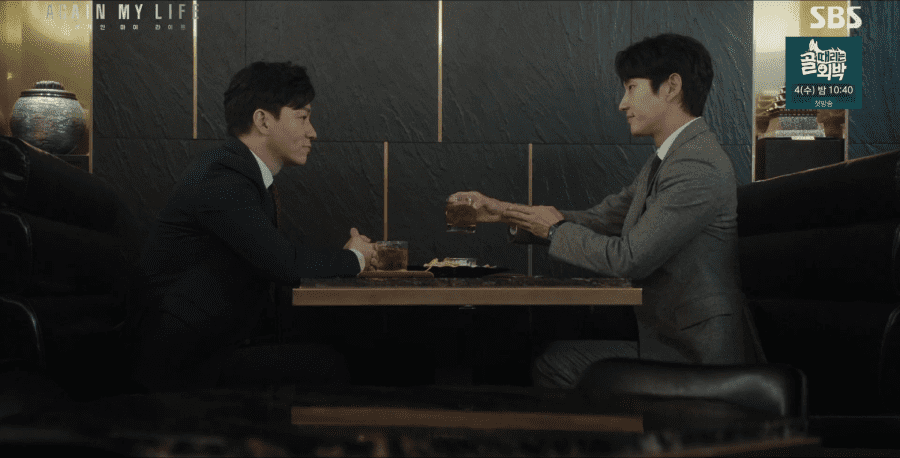 Everything Hee Woo does hinges on the how well he can trust those around him. It’s part of why he’s surrounded himself with valuable friends as well as superiors like Jeon Seok Kyu (Kim Cheol Gi). If anyone at any point decided to spill the beans to Tae Seob or to place their own ego and career above Hee Woo’s careful planning, everything would fall apart. But people don’t. Even Seok Kyu, who is Hee Woo’s superior, takes orders from him without getting caught up in the whole sunbae-hoobae (senior-junior) hierarchy. 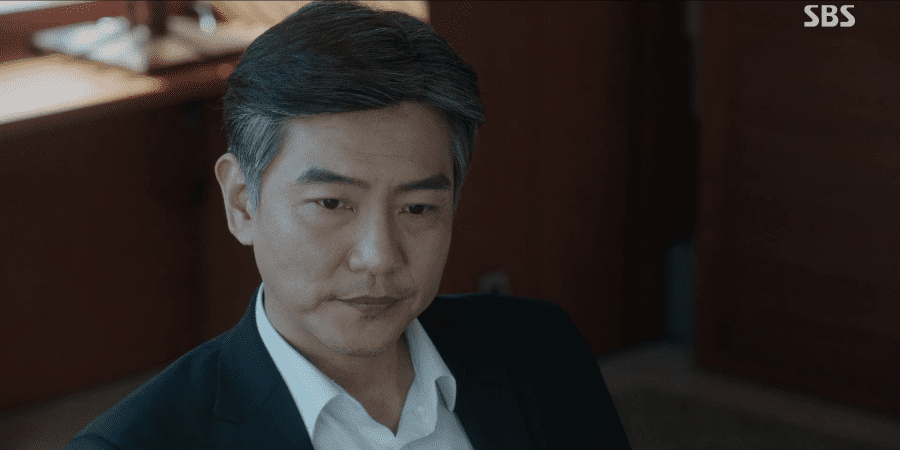 Upon finding that Chief Prosecutor Kim Seok Hoon (Choi Kwang Il) is wiretapping their office, Hee Woo and Seok Kyu engage in an elaborate bit of playacting, where Seok Kyu pretends to have turned over a meeker leaf. A bewildered Kim Seok Hoon listens on as Seok Kyu’s entire focus seems to be on ingratiating himself to his higher-ups and grows more trusting of both Seok Kyu and Hee Woo, whose reports of his superior exactly match with what he hears on the wiretap. And just like that, they’re able to play the Chief Prosecutor into trusting them more than a beleaguered Jang Il Hyun. 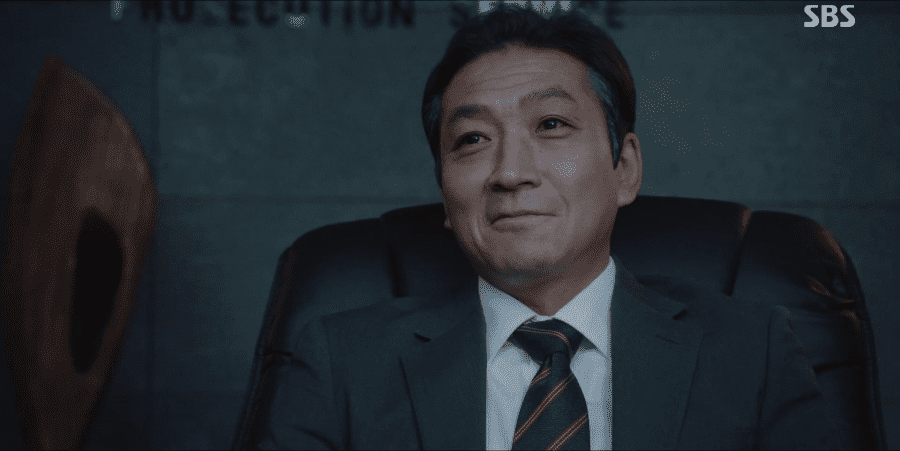 So when Il Hyun gets engaged to a famous artist who turns out to be as corrupt as he is (matchmaking done by Hee Woo who figured that evil would like evil), the prosecution nearly implodes at the scandal. The Chief Prosecutor tosses Il Hyun away in favor of the seemingly-more-loyal Seok Kyu. And just like that, we’ve one enemy down, and we’re one step closer to Jo Tae Seob! Hee Woo’s plans are truly a thing of brilliance. He’s always several steps ahead of everything, and everything slots into each other so well. The medical student case, the wealthy chaebol banker, and Jang Il Hyun’s downfall—all of them were superbly interconnected and played off each other. The same media that Il Hyun monopolized to tear the medical student to shreds ended up tearing him to shreds. Poetic justice! 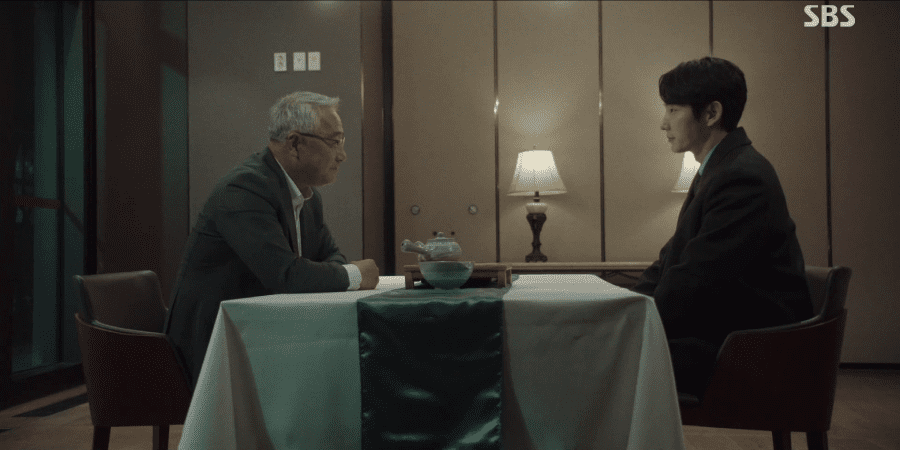 Hee Woo also ends up meeting Jo Tae Seob for the first time in this lifetime. He’s careful not to slip up through the meeting, and Tae Seob is impressed by Hee Woo’s quick wit and intelligence, noting him as one to watch. They haven’t directly butted heads yet, but that time is rapidly approaching, so we should probably enjoy Hee Woo’s super cute get-togethers with his entire team while we can! 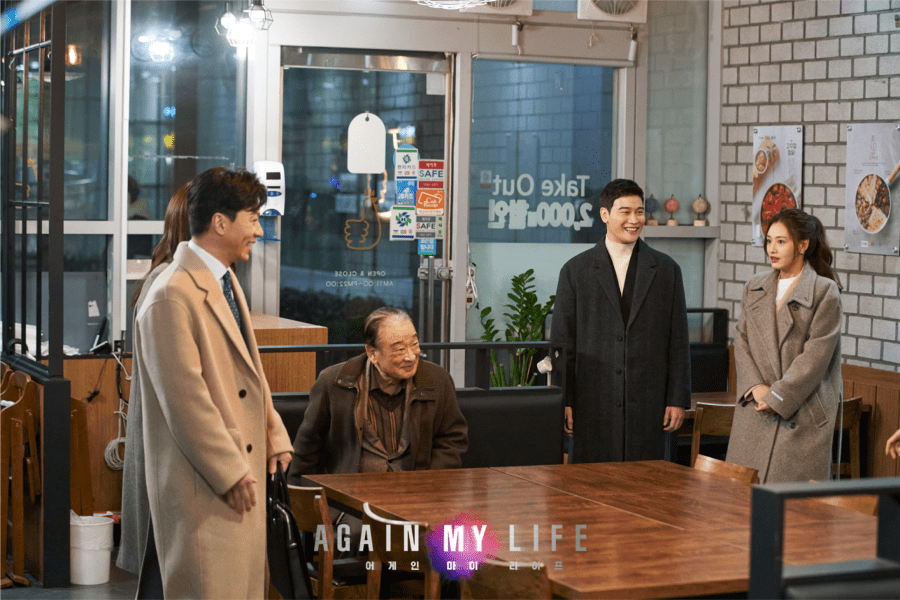 It is a shame that the women don’t get as much screen time as the men here because they’re all fantastic! For someone who’s supposed to be the female lead, Kim Hee Ah (Kim Ji Eun) has barely appeared in the drama. If anything, Kim Gyu Ri got more screen time than her! Kim Han Mi (Kim Jae Kyung) remains the best, and hopefully we’ll see lots more of her in the future. We’ve hit the halfway mark without any massive changes or reversals thus far, but one can never tell what the next episodes of “Again My Life” will bring. Still, if it’s anything like the first half of the show, we’re in for such a good time!