“Again My Life” returns with a darker pair of episodes this week as the show tonally shifts into a pure corruption drama without the healing aspect that dominated the earlier episodes. Gone are Kim Hee Woo’s (Lee Joon Gi’s) flippant winks and general lightheartedness as his plans start to go awry and his enemies return stronger and more devastating than ever. Jo Tae Seob (Lee Kyung Young) is in prime form and ready to torch all who stand in his way. And as we start to learn more about the sort of country he wants to build, the question arises as to whether it’s really so bad. 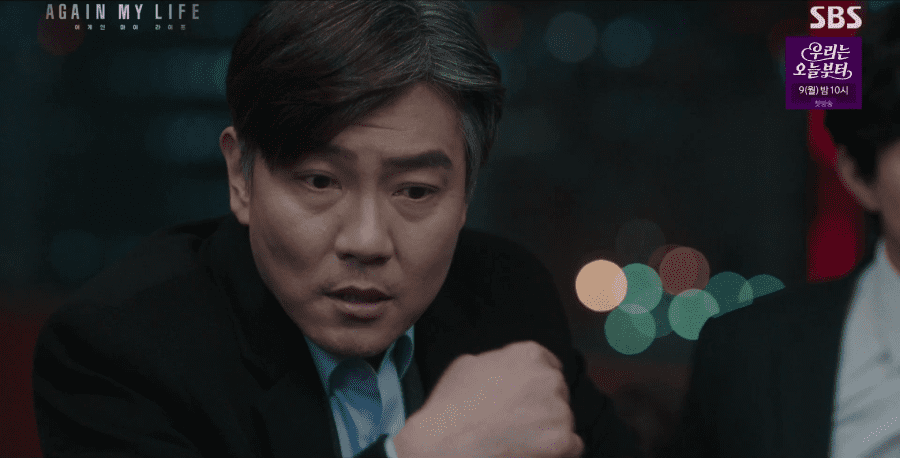 After taking down Jang Il Hyun (Kim Hyung Muk) last week, Hee Woo realizes that Chief Prosecutor Kim Seok Hoon (Choi Kwang Il) was never going to sit there and let his favorite lackey be carted off to jail. Rather, Seok Hoon decides to pin a crime of another member of the prosecution to divert public outrage around Il Hyun, essentially creating a scapegoat. And who better to blame than the newly-arrived prosecutor from Gimsan who was previously demoted for insubordination? Jeon Seok Kyu (Kim Cheol Gi) is informed by Hee Woo of the target on his back, and the two immediately spring to action in a plan that has them catching the minion who plants evidence of bribery in Seok Kyu’s office. 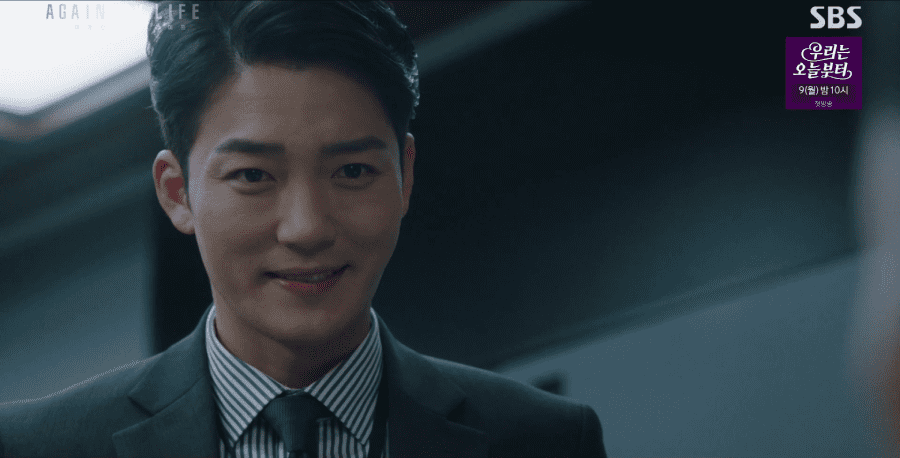 But no one’s in the clear just yet because Seok Hoon’s found a new favorite besides Hee Woo: the up-and-coming Choi Kang Jin (Kim Jin Woo), Il Hyun’s hoobae (junior) and lackey. For the first time, Hee Woo is no longer aware of each one of the prosecution service’s going-ons as Seok Hoon and Kang Jin scheme behind Hee Woo’s back. And it’s this scheming that throws Hee Woo down a rabbit hole that will take some time from which to climb out.

Trust everything to happen fortuitously to Hee Woo. While walking Lee Min Soo (Jung Sang Hoon) to a cab, the two note a suspicious man (in a matter of seconds) and follow him to where he attempts to kill a young woman named Hwang Hye Jin for her father’s supposed crimes. Said father turns out to be Hwang Jin Yong (Yoo Dong Geun), the leader of the Dae Han Party in direct opposition to Tae Seob. And the assailant turns out to be a diehard fan of Tae Seob’s. In Hee Woo’s original timeline, Hye Jin was actually killed since no one was around to intervene, and her father crumbles as a result. But this time fate works in Hee Woo’s favor because his presence not only saves the young lady but also ensures that Hee Woo meets a crucial ally to his cause. 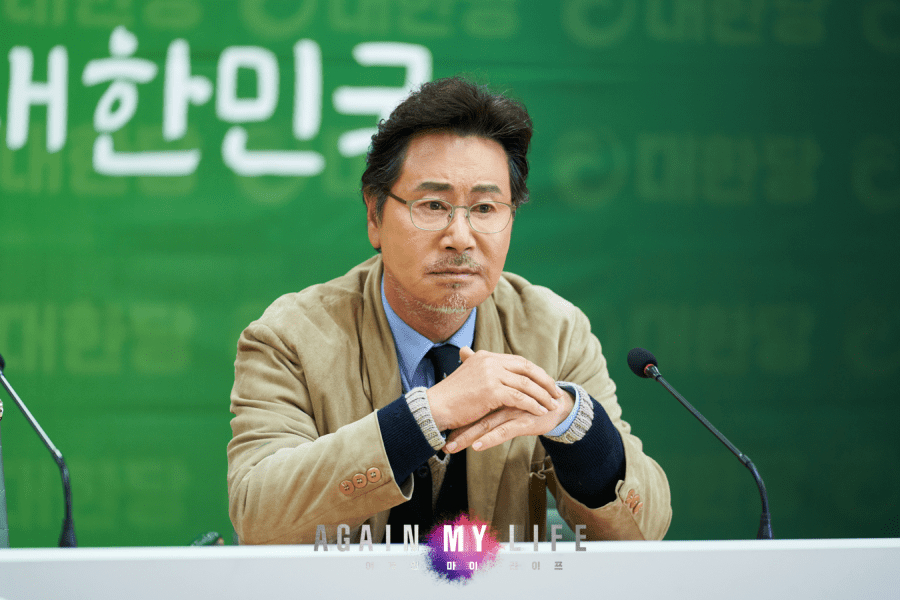 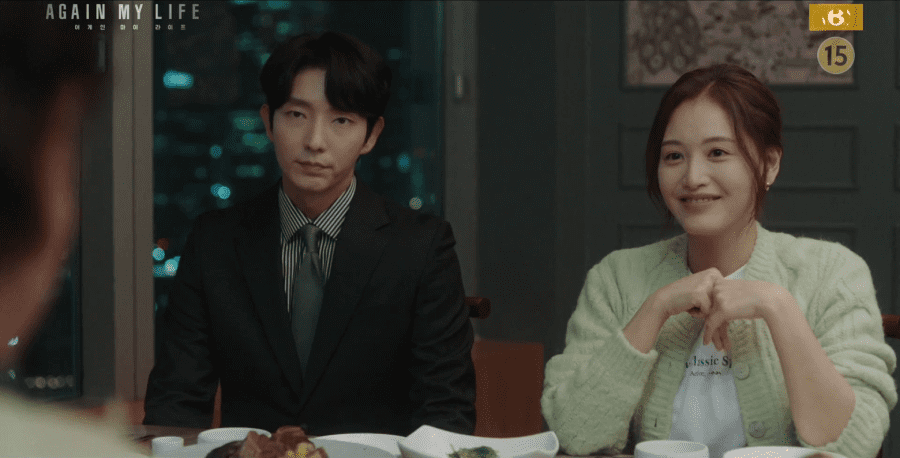 Kim Han Mi (the effervescent Kim Jae Kyung) is not all that surprised when she finds that Hee Woo saved Jin Yong’s daughter. Knowing the family well, she arranges for Hee Woo to have dinner with Jin Yong. However, the assemblyman, infamous for his dislike of prosecutors, storms off when Hee Woo boldly suggests that one of Jin Yong’s own team is lying to him. Han Mi wonders why Hee Woo would offend Jin Yong like that, but Hee Woo cryptically remarks that he had to. And it turns out that he’s right. Jin Yong’s own aide has been selling information to Tae Seob in return for being nominated as party leader. As the Dae Han party implodes from within, Jin Yong is left with no one. He is forced to endure Tae Seob’s sermonizing on why idealism just doesn’t work and why it’s far better to get one’s hands dirty in order to raise a country to greatness. 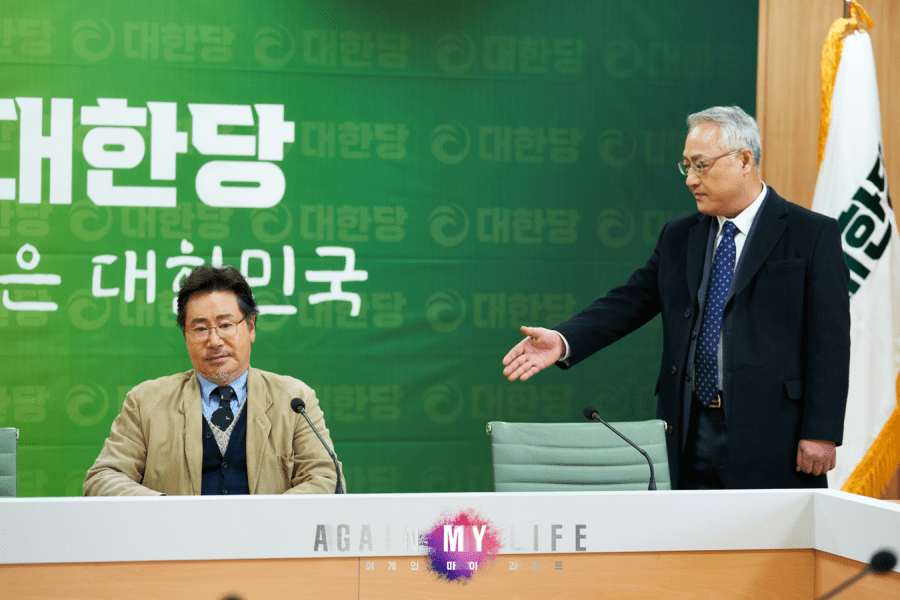 A friendless Jin Yong turns to Hee Woo who supplies him with a list that should turn the tide in Jin Yong’s favor. When digging into Kang Jin, Hee Woo skips the small fry to go after Kang Jin’s father who runs an acting agency that prostitutes its talents to wealthy politicians and helps actors dodge military service. Hee Woo has to keep his name out of the investigation, as Kim Seok Hoon will start getting suspicious if Hee Woo keeps being linked to all of his colleagues who are being torn down. Instead, he outsources the information to Jin Yong, who raises it at the National Assembly the next day to great public fanfare, and to Kim Gyu Ri (Hong Bi Ra), who begins a search and seizure of the company. This appears to be the start of a mega-successful win for Hee Woo and Co. But trouble is brewing on the horizon, and for the first time, Hee Woo’s all-seeing eyes miss the long-term repercussions of his schemes. 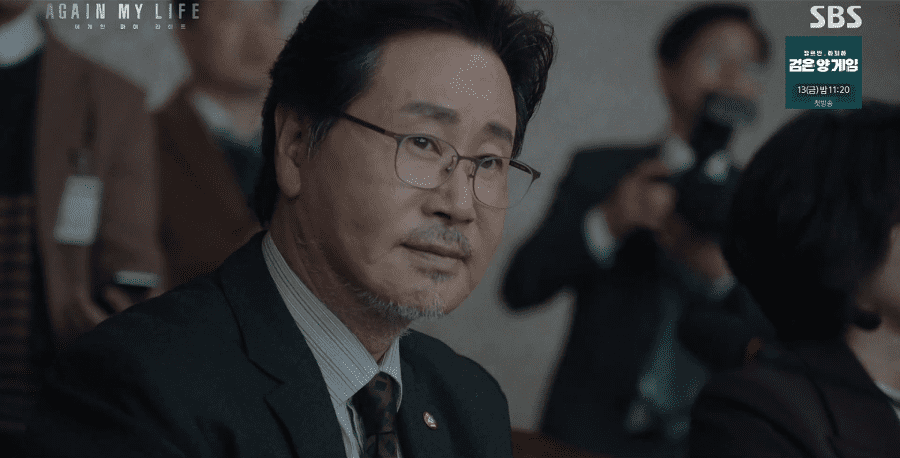 After unveiling the list of assemblymen who’ve received bribes and sexual favors and had their relatives and children draft-dodge, Hwang Jin Yong is certain that he’s secured a win. Certainly, public sentiment is on his side as the only honest politician in a sea of rats. But Tae Seob is curiously unmoved. He’s almost appreciative. 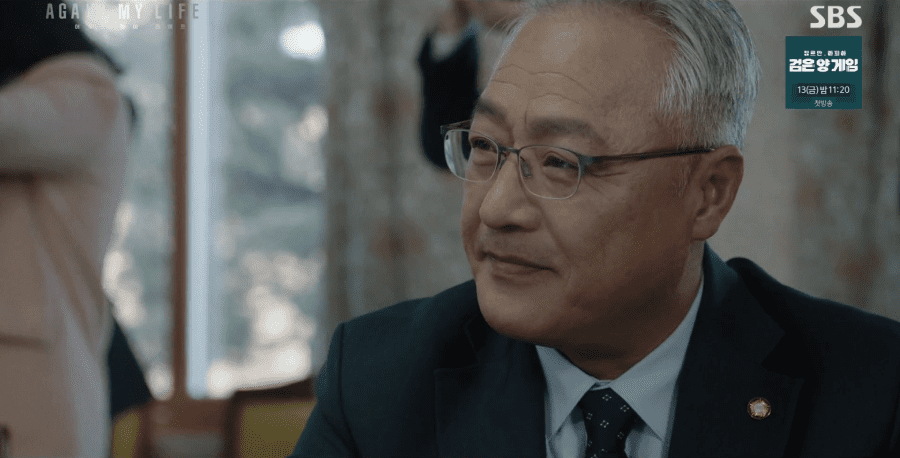 What both Hee Woo and Jin Yong didn’t realize is that rats fleeing for their lives are more than happy to latch onto a master who promises to restore them to their former glory. And that is exactly what Tae Seob does. If anything, Hee Woo and Jin Yong have made him stronger by bringing all the corrupt politicians to him from both major national parties. Now the political system may as well be under Tae Seob’s control because he has people in both sides ready to manufacture controversy and sway an easily-bidden populace into voting as they wish while corruption festers and swallows the country whole. 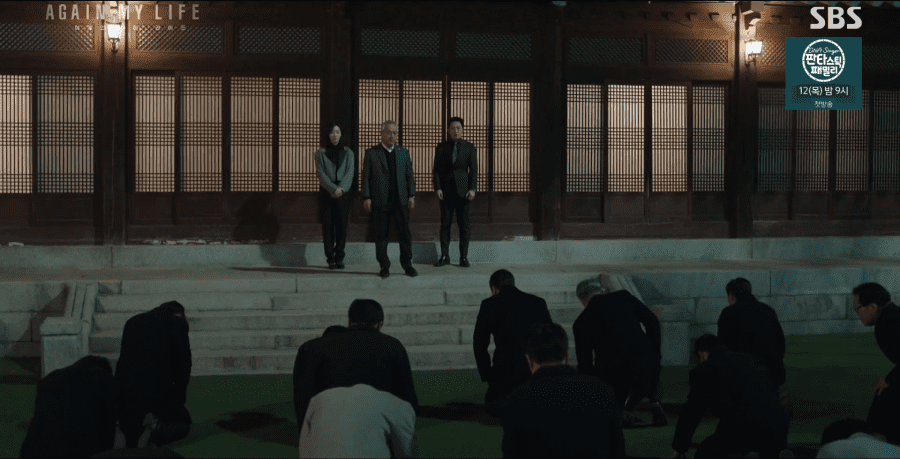 It’s ironic that Tae Seob frames himself as some sort of protector of national interests. Interestingly enough, he and Jin Yong both started out as idealistic prosecutors. But while Tae Seob was always willing to bend the law if it meant catching a bad guy, Jin Yong was all about due process – a fixation that resulted in them losing more than one wealthy criminal. Tae Seob’s belief is that he’s amassing power to raise the country’s economy and that anyone who falls by the wayside is a sacrifice to raising Korea’s profile. But does Tae Seob really believe a word out of his own mouth? He has a finger in every pie – drugs, murder, sex trafficking, and every dirty act known to mankind. How are these “sacrifices” even remotely connected to building a better country? The truth is that Tae Seob just went from hating and chasing after wealthy criminals to envying them and becoming one of them. And he’ll talk the big talk about justice, getting hands dirty, and the greater good if it means he can justify what he’s done. Regardless, it’s evident that Jin Yong’s reliance on the law (without any critical thinking as to its deficiencies) was what got him in this position. And that idealism hasn’t changed. He sees himself in Hee Woo’s idealism, but that too is about to get a nasty jolt.

The axe comes down on Hee Woo and his team just as they spring into action. With a snap of Tae Seob’s fingers, the incriminating list naming all the corrupt assemblymen is whittled down with the names of those under Tae Seob’s protection being removed. The investigation into the sleazy entertainment agency of Kang Jin’s father is terminated due to a lack of evidence when key witnesses vanish. Kang Jin walks free from questioning and actively begins scheming to tear Hee Woo apart. As a result, Kim Gyu Ri’s career hangs by a precipice. And the final blow: the media starts to frame Jin Yong as a man who makes baseless accusations. Hit on several fronts, Hee Woo apologizes to his compatriots and asks for more time to turn the tide. But does he have it? The moment he gains a powerful ally, that ally is immediately whittled down. 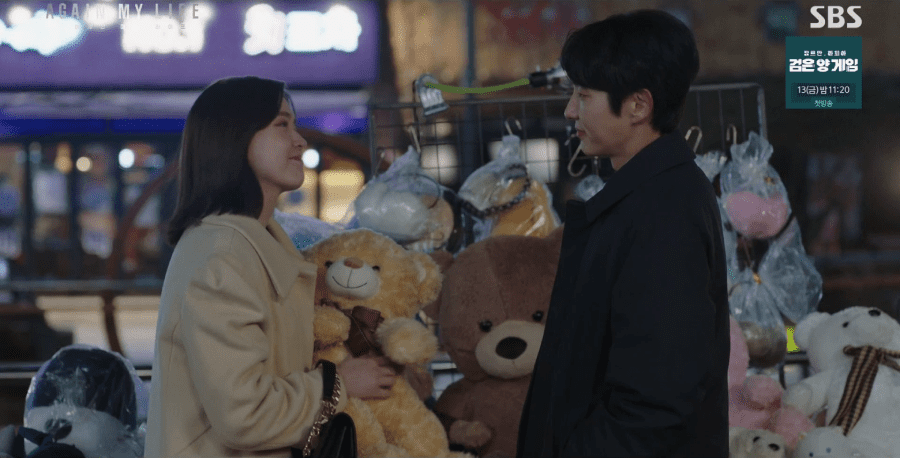 It’s strange that he hasn’t gone to Kim Hee Ah’s (Kim Ji Eun’s) father, the chairman of Cheonha Group, who remains locked in a battle of wills with Tae Seob. The chairman is dying and wants to pass the company onto business savvy Hee Ah instead of her sleazy oldest brother or the capitalistic middle son who views employees as dispensable. After much convincing, Hee Ah agrees and meets with Hee Woo to say farewell, which doesn’t make sense given that becoming chairwoman shouldn’t result in them having opposing interests. If anything, they should have even more in common than ever! It’s a bit of a strange writing decision, especially when Hee Woo needs more allies than ever. 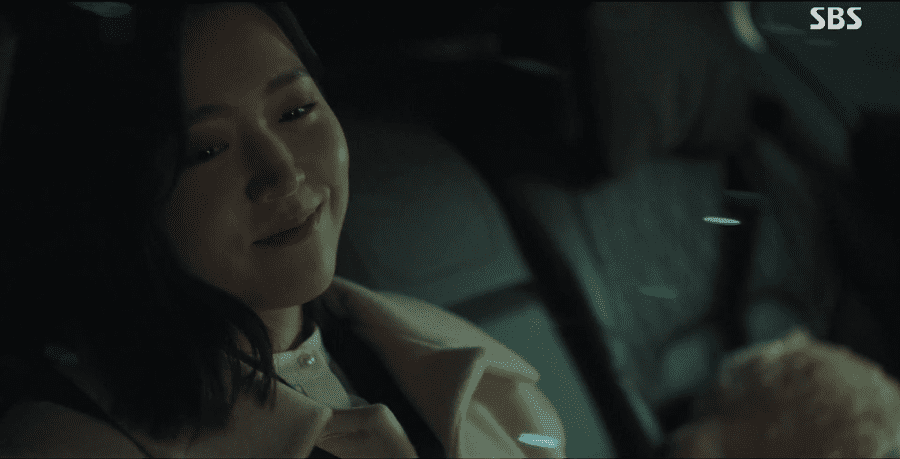 Next week shows things getting really ugly. Hee Woo and his team are no longer on the offensive and are actively defending on every front as a result of the fallout from this week’s reversal of fortune. Hee Ah directly butts heads with Tae Seob as he attempts to oust her from her position and install her more biddable brother. And Hee Woo is stuck between a rock and a hard place when he’s forced to spearhead the investigation into Hee Ah, setting the stage for misunderstandings aplenty. Oh dear.

On the romantic front, Han Mi continues to have more chemistry with Hee Woo than Hee Ah, and all the slow music and Lee Joon Gi working that smoldering gaze won’t change that. Romance certainly isn’t a necessity, especially in a drama like this. But when Lee Joon Gi looks so good with everyone, it sure is hard not to want some! 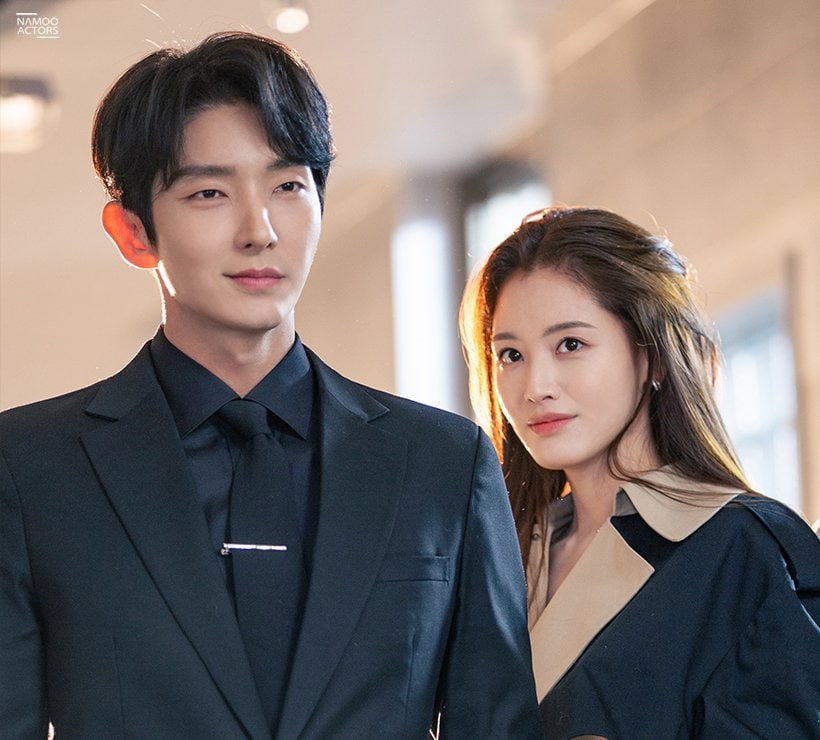 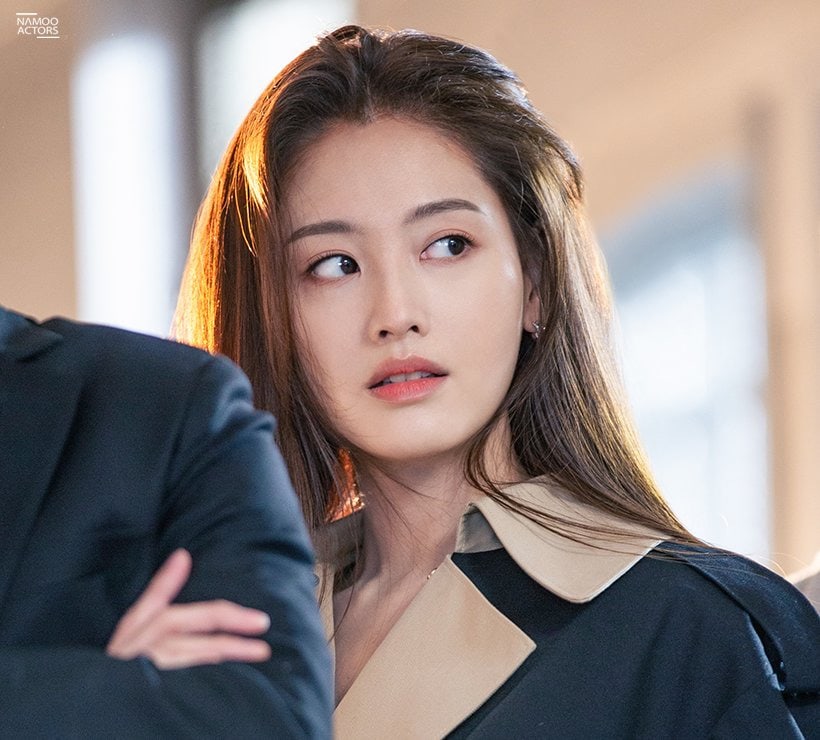 I mean look at them!