Things heat up in this week’s episodes of “Again My Life” as Kim Hee Ah (Kim Ji Eun) finally comes front and center with Cheonha Group growing integral to Jo Tae Seob’s (Lee Kyung Young’s) plans for national dominance. Tensions rise within Hee Ah’s family as sibling is pit against sibling. Hee Woo (Lee Joon Gi) wonders if this unforeseen battle is a direct result of his interference with the timeline, but he has his own concerns. While some things stay the same, others are doomed to repeat themselves, and an old enemy is about to rear its head. 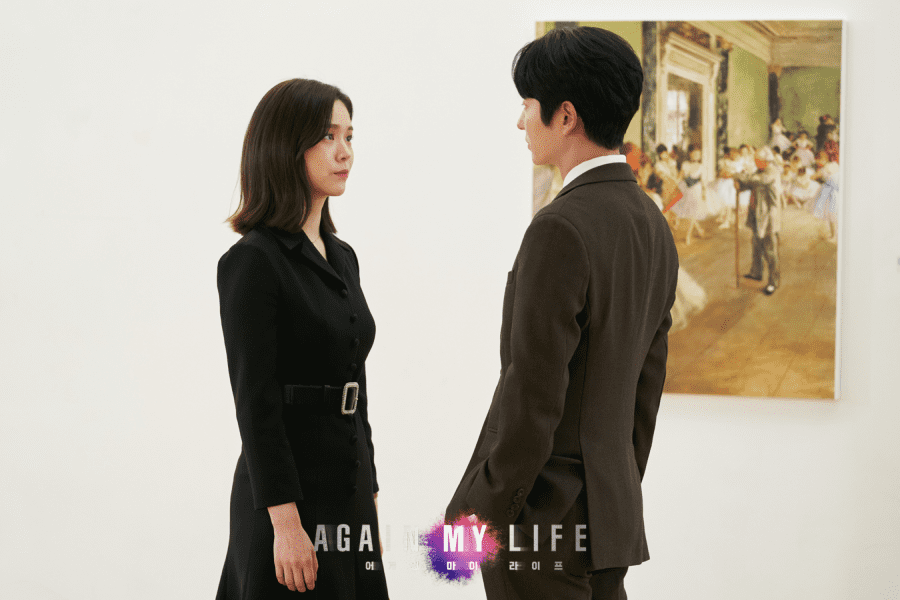 Kim Yong Joon (Jeon Seung Bin) is the classic usurper. Watching his father Kim Gun Young’s (Jeon Gook Hwan‘s) blatant favoritism of Hee Ah, he goes behind his ailing father’s back and disavows his father’s request of keeping the conglomerate independent of politics by seeking Tae Seob’s aid. The latter is only too happy to help because the elderly chairman has been reluctant to be a good lapdog these days, and that means Tae Seob’s ready for a change in control. 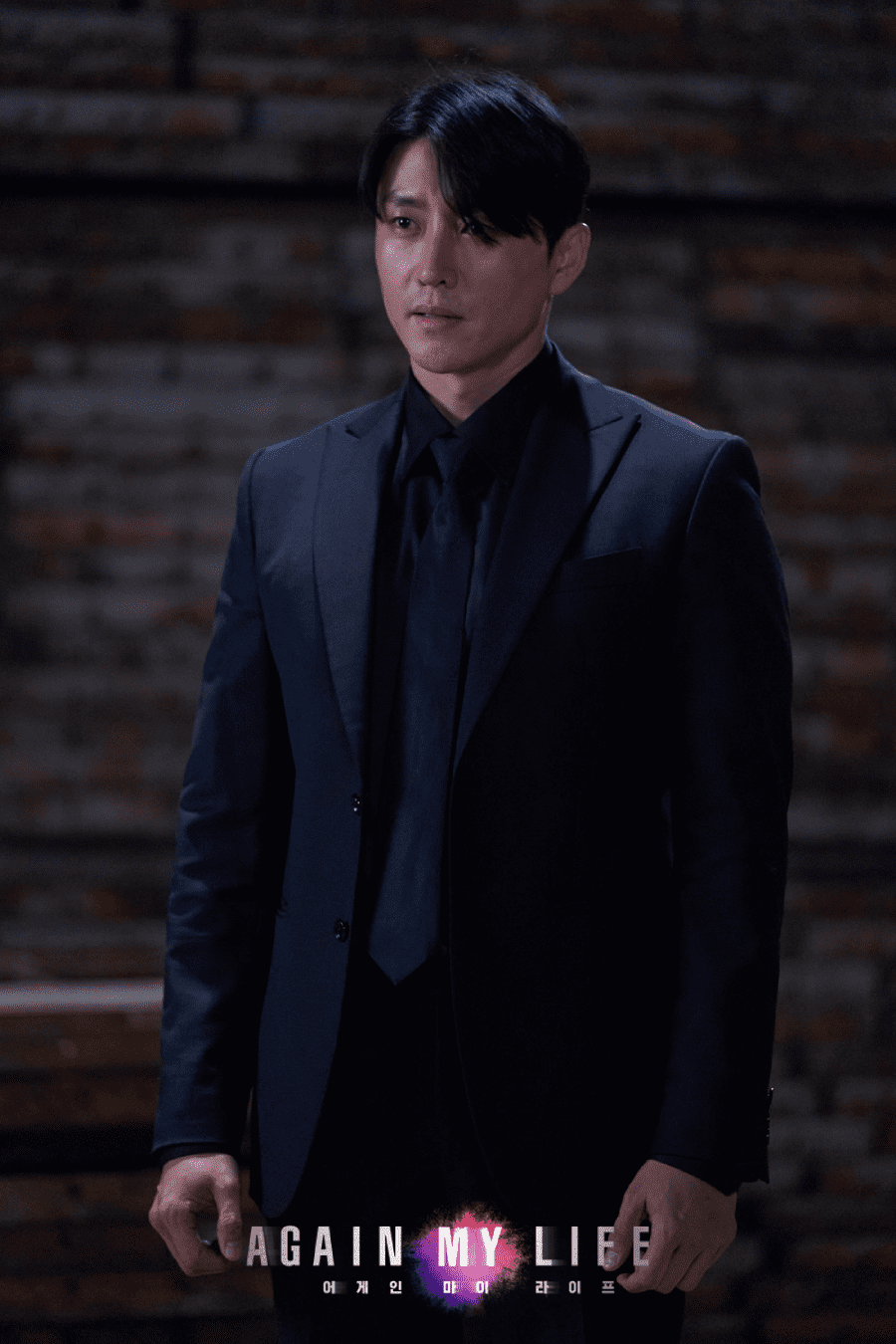 Tae Seob attempts to force the chairman to retire by making his precarious state of health public. Yet, surprisingly enough, Kim Gun Young refuses to capitulate and actually threatens Tae Seob with a recording he made decades ago. Turns out that Hee Ah’s father wasn’t the most stellar character and did something long ago that made him an easy target for Tae Seob’s M.O. of recruiting people: find their weakness and destroy it in return for eternal loyalty. Gun Young doesn’t want politics to divide his children or destroy his company and uses Tae Seob’s M.O. against him, threatening to make the recording of their initial devil’s deal public. It would destroy Gun Young’s own reputation but ruin Tae Seob too. Pretending to capitulate, Tae Seob backs off but has Gun Young killed via the same mysterious Dr. K (Hyun Woo Sung) who killed Hee Woo during his first lifetime. A devastated Hee Ah can only guess at who’s responsible and has no choice but to keep going as the fight between her and her brother devolves into a nasty shareholders’ spat requiring the conglomerate and all its subsidies to take sides.

3. Hee Woo pitting Seok Hoon and Tae Seob against each other 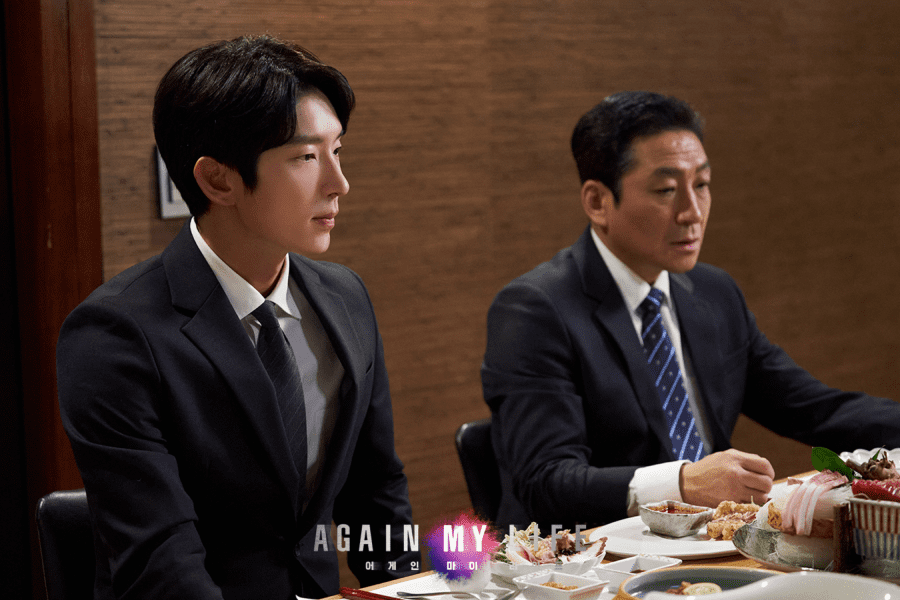 With Chief Prosecutor Kim Seok Hoon (Choi Kwang Il) attempting to secure his nomination as Prosecutor General (the head of the prosecution service in South Korea) by targeting Hee Ah, Hee Woo knows he has to act fast. He secretly investigates Seok Hoon’s family businesses and finds a plethora of dirty dealings. Tasking Kim Gyu Ri (Hong Bi Ra) with investigating further, he also digs into a related investigation that Seok Hoon is keeping on the down low: the CEO of a bank has been pretending to allow loans for low-income people while using their money for insider trading and pocketing all the profits. Hee Woo pretends to innocently suggest investigating it as a “big scoop” to Seok Hoon who immediately shoots him down. The bank essentially serves as Tae Seob’s slush fund, hence why Seok Hoon has been protecting it. 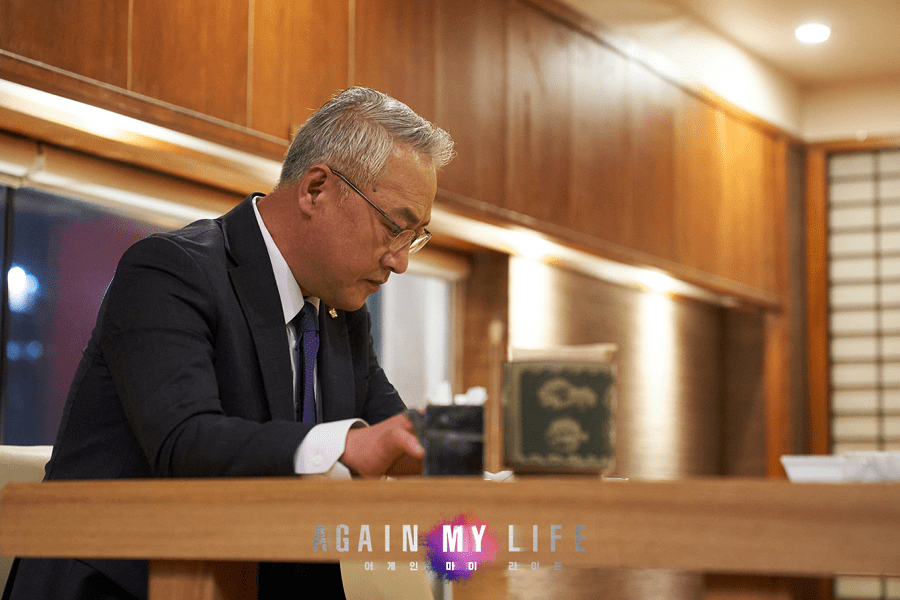 But Tae Seob continues to test the loyalty of those around him (for what, heaven only knows), and his latest test sends Seok Hoon on the warpath when he’s pitted against another Chief Prosecutor for a nomination as Prosecutor General. Furious at being treated like second best, Seok Hoon orders Hee Woo to secretly investigate the bank to threaten Tae Seob into giving him the Prosecutor General position. But Hee Woo has another card up his sleeve. He goes to Tae Seob and informs him of what Seok Hoon is doing, essentially pitting both men against each other. Tae Seob asks what Hee Woo wants in return for the information, and Hee Woo refuses anything in return saying he’s acting on his beliefs. But just how long will Tae Seob believe that? 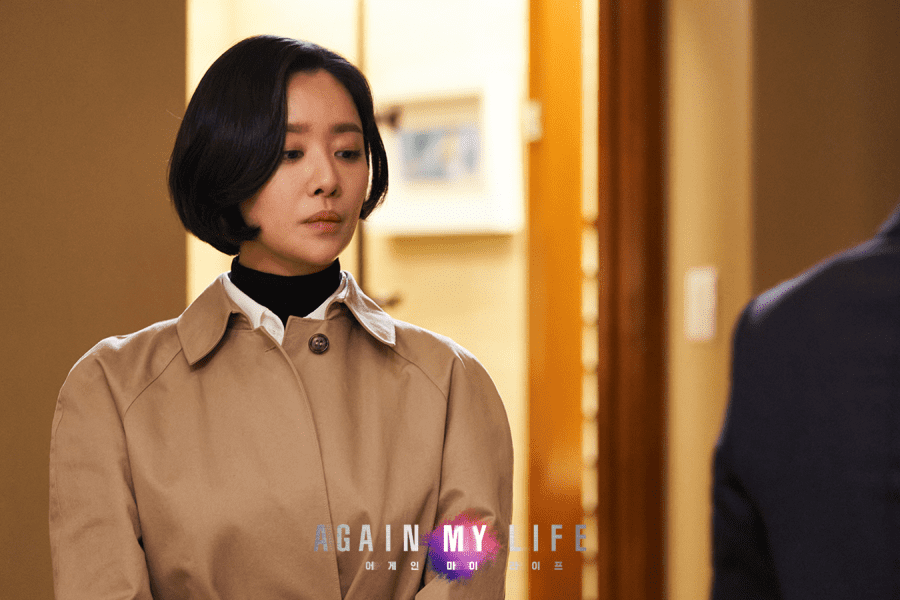 Han Ji Hyun (Cha Joo Young) remains an enigma. We’re given some insight into her early life, featuring her crying in a smoke-filled room with her unconscious brother. We know she’s secretly working against Tae Seob under the name Pluto, but she gives such a convincing performance of loyalty that the question arises as to why she works against him at all. Ji Hyun doesn’t understand Hee Woo or his motives but seems to understand that he isn’t entirely on anyone’s side.

When she directly asks him what he meant about keeping his promise to her, Hee Woo remains evasive. This ends up being a bit of a bad move as it only makes her dig deeper into him. And she presents the findings on Hee Woo’s finances, with him moving to a no-name town to bring Jeon Seok Kyu (Kim Cheol Gi) back to Seoul and more, to Tae Seob who is not pleased at being outsmarted.

Tae Seob is now under the impression that Hee Woo dishes out info on how to take down Seok Hoon purely to instate Jeon Seok Kyu in his place. He wonders if he should reward Hee Woo for the brilliant bit of trickery or punish him for daring to attempt it in the first place. He weaves an intricate test to determine Hee Woo’s loyalties. He invites Hee Woo and Seok Hoon to dinner and asks Hee Woo about the case he’s working on. Hee Woo knows that if he says the truth about investigating the bank CEO, Seok Hoon will be furious because Tae Seob is not supposed to know that Seok Hoon is building a weapon to use to threaten him. But if Hee Woo lies, then Tae Seob will believe he is not to be trusted. Hee Woo settles for using the excuse of client confidentiality, and Tae Seob seems pleased.

So when Hee Woo attacks first via Gyu Ri and Han Mi, publicizing the news on the corrupt bank and Seok Hoon’s shady family dealings, our hero expects a win. A shattered Seok Hoon drinks the pain away and licks his wounds thinking that Tae Seob will surely abandon him. But just as Hee Woo discovers that one of his team (Kim Gyu Ri’s underling) is being assaulted by Tae Seob’s henchman Dr. K, Tae Seob arrives to assure Seok Hoon that the Prosecutor General position is his. All that remains is to get rid of all these unnecessarily righteous prosecutors. Hee Woo gears up for a physical showdown with Dr. K, but little does he know that the real fight is on. 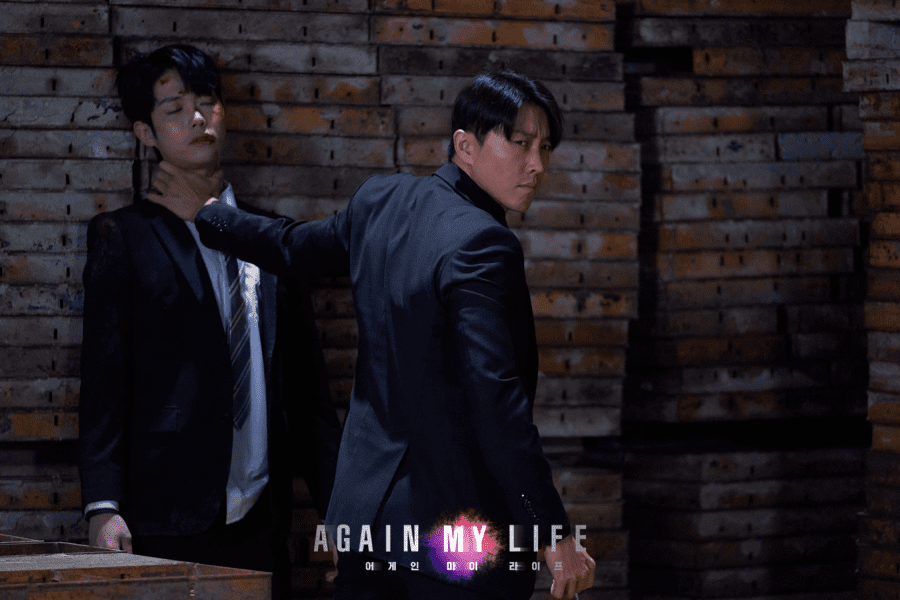 Hee Ah’s finally been drawn into the big fight, but she remains sadly underused with a lot of the big moments going more toward Kim Han Mi (Kim Jae Kyung) while Hee Ah is relegated to testing product placement. Hee Woo finally comes clean to Hee Ah about everything, and she sighs that she wishes she could help her friends too (girl, really? you’re super rich!). 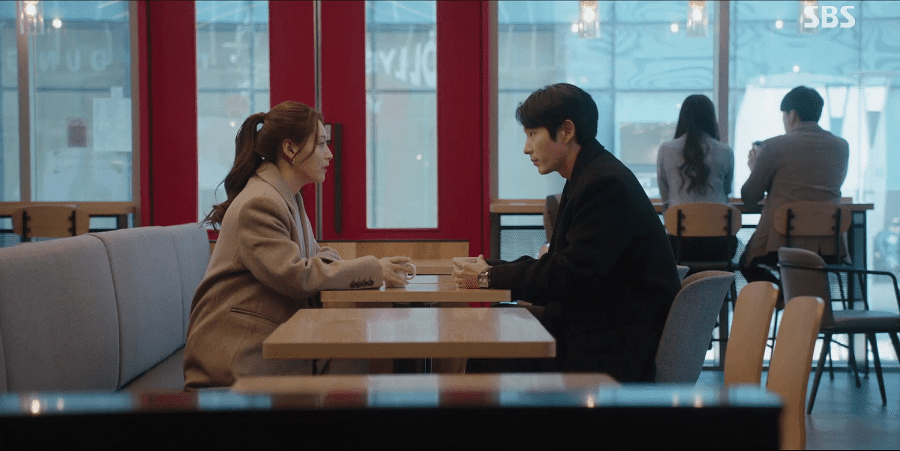 Han Mi and Hee Woo continue to be the cutest. He tries to ensure that his takedown of Seok Hoon doesn’t hurt her, and she joins despite her qualms about going against her father. It’s a much richer conflict than Hee Ah, whose entire character arc thus far has been refusing to assume control of her father’s company. The women in this show are so much cooler than that! Let’s hope they all get the arcs they deserve. With Tae Seob closing in on Hee Woo, there’s ample opportunity for that!