On April 13, EPEX’s agency C9 Entertainment released a statement clarifying that the group’s new song has no associations to the Holocaust.

Earlier this week on April 11, EPEX returned with their new song “Anthem of Teen Spirit.” Following its release, controversy arose when listeners claimed that the lyrics stating “Crystal Night” is a reference to Kristallnacht, a violent riot that took place during the Holocaust on November 1938.

The statement explains that the song is inspired by George Orwell’s book “1984” and states, “It has absolutely nothing to do with actual historical events.” The agency continues, “We sincerely apologize to everyone in Korea and abroad for not paying attention to the use of controversial content. We take full responsibility for the controversy that has arisen, and we apologize again to the many people who were offended.” The agency adds that it will be making adjustments to the controversial portions of the song’s lyrics.

C9 Entertainment further states that the music video and costume for the song does not represent real historical events and uses “the setting and lines of ‘1984’ as a motif, and there is no connection with actual events, people, or groups.”

The full statement is provided in English below: 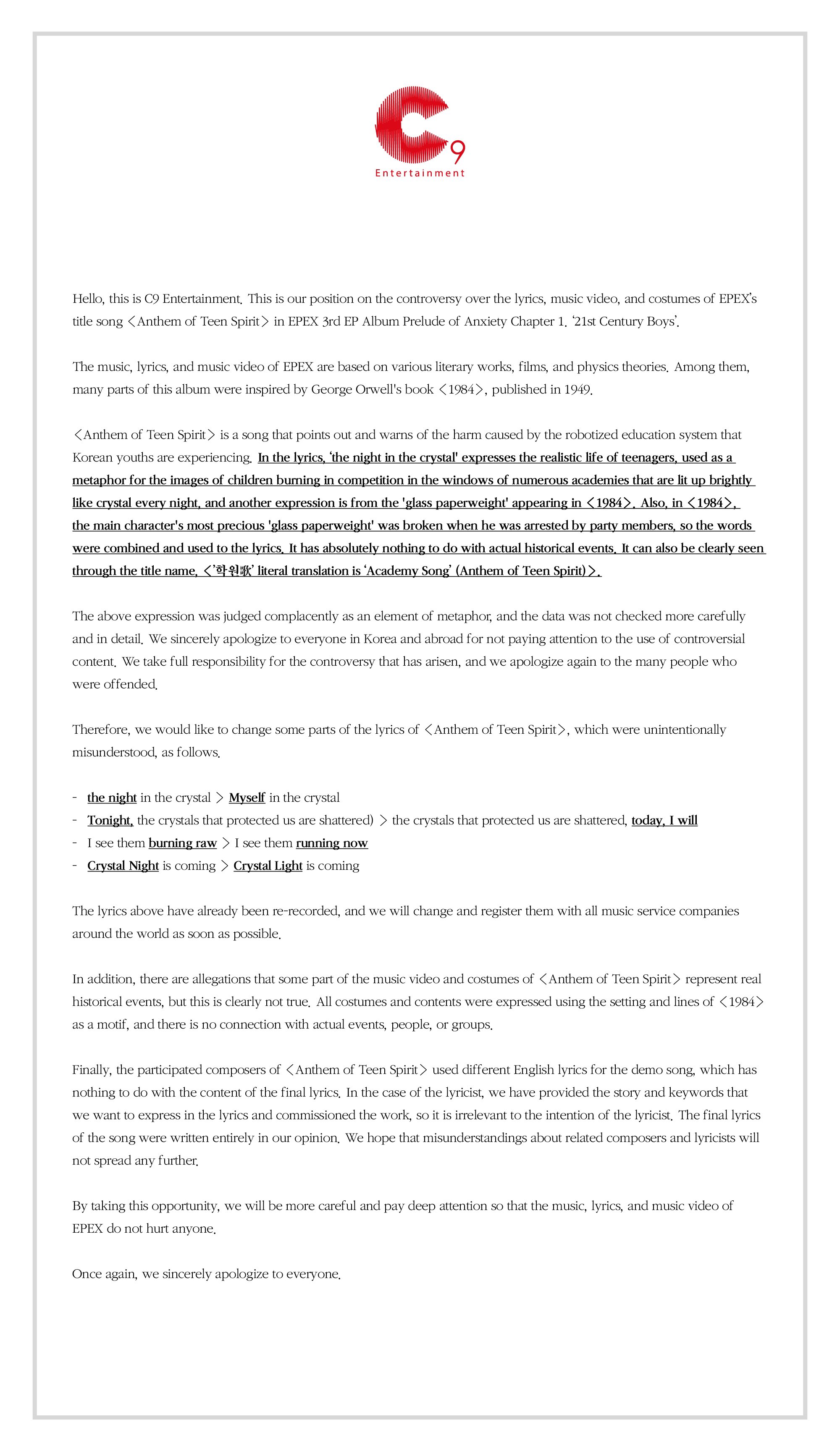 C9 Entertainment
EPEX
How does this article make you feel?