Jang Hyuk will star as Park Gye Won, the first vice-premier and the real head of power in Joseon, while Park Ji Yeon will star as the elegant and ambitious queen dowager Choi Ga Yeon.

Park Gye Won and Choi Ga Yeon were once lovers who dreamed of a future together, but after experiencing sudden changes in their lives, they ended up in a strange relationship where they are both close and distant to each other.

The new stills share a glimpse of Jang Hyuk and Park Ji Yeon in character. In the first couple photos, Park Gye Won and Choi Ga Yeon create a feeling of melancholy as they stare into the distance with sad eyes, hinting that they have lingering feelings for one another. Although they’re not physically together, they live with one heart, and it will be intriguing to find out more about their puzzling relationship.

Another photo captures Park Gye Won’s overwhelming charisma as he points his sword at someone. In the next still, Choi Ga Yeon, who has numerous courtiers assisting her, shows her powerful presence. Their strong and distinct auras amp up anticipation for a bloody political battle that will ensue in the palace. 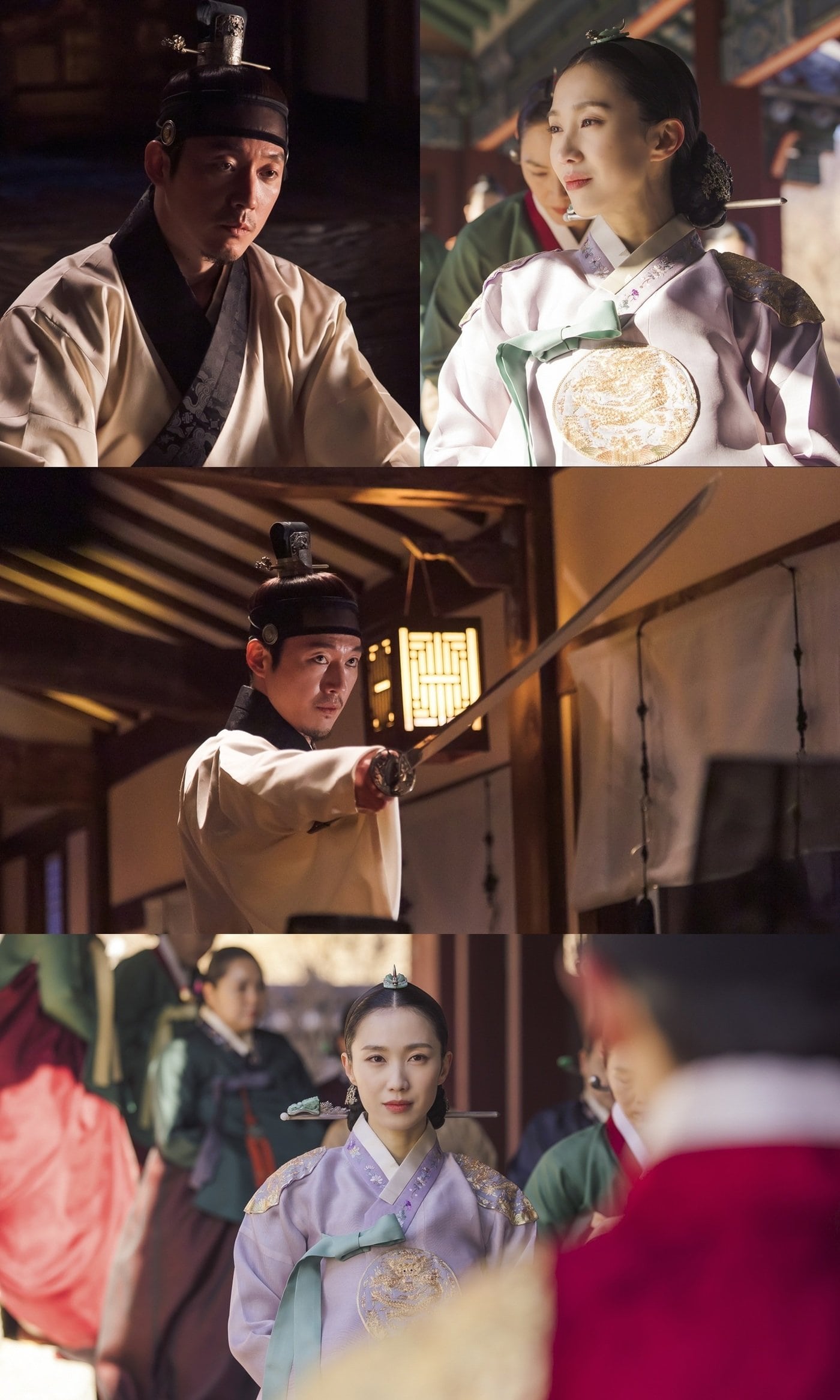 The drama’s producers remarked, “Jang Hyuk and Park Ji Yeon are closely building up the narrative of changing characters. Please watch ‘Bloody Heart’ to find out what kind of changes Park Gye Won and Choi Ga Yeon experience and why they will go from being lovers to having a close yet distant relationship when they were attracted to each other at first sight.”

In the meantime, watch Jang Hyuk in “Bad Papa“: