Get ready for Lee Yo Won and Chu Ja Hyun to get a lot closer on the next episode of JTBC’s “Green Mothers’ Club”!

“Green Mothers’ Club” is a new drama about the dangerous relationships between parents at a local elementary school—and the hidden dark side of this seemingly friendly community. Lee Yo Won, Chu Ja Hyun, Jang Hye Jin, Kim Kyu Ri, and Joo Min Kyung star as five very different mothers who belong to the same parents association at the school.

Previously on “Green Mothers’ Club,” Lee Eun Pyo (Lee Yo Won) got off on the wrong foot with Byun Choon Hee (Chu Ja Hyun), the beautiful queen bee of the neighborhood, after moving into the apartment directly across from hers. However, the two neighbors overcame their terrible first impressions of one another when Lee Eun Pyo saved Byun Choon Hee’s daughter Yoo Bin, and all was immediately forgiven. Despite initially seeming like they could never become friends, an unexpected friendship began to blossom between the two mothers.

Newly released photos from the episode capture Lee Eun Pyo and Byun Choon Hee confiding in one another as they share a glass of wine late at night. Having finally left their kids and husbands behind for a moment, the two mothers take the chance to relax and enjoy some time for themselves—and as they start to feel more comfortable with each other, they both wind up confessing hidden secrets about themselves. A conversation that starts out with “Can I tell you something?” quickly grows deeper as the secrets they reveal become more and more personal.

After getting caught up in the excitement of the moment—especially after a drink or two—the women wind up climbing a fence, raising the question of what kind of trouble these typically well-behaved moms might be getting up to. 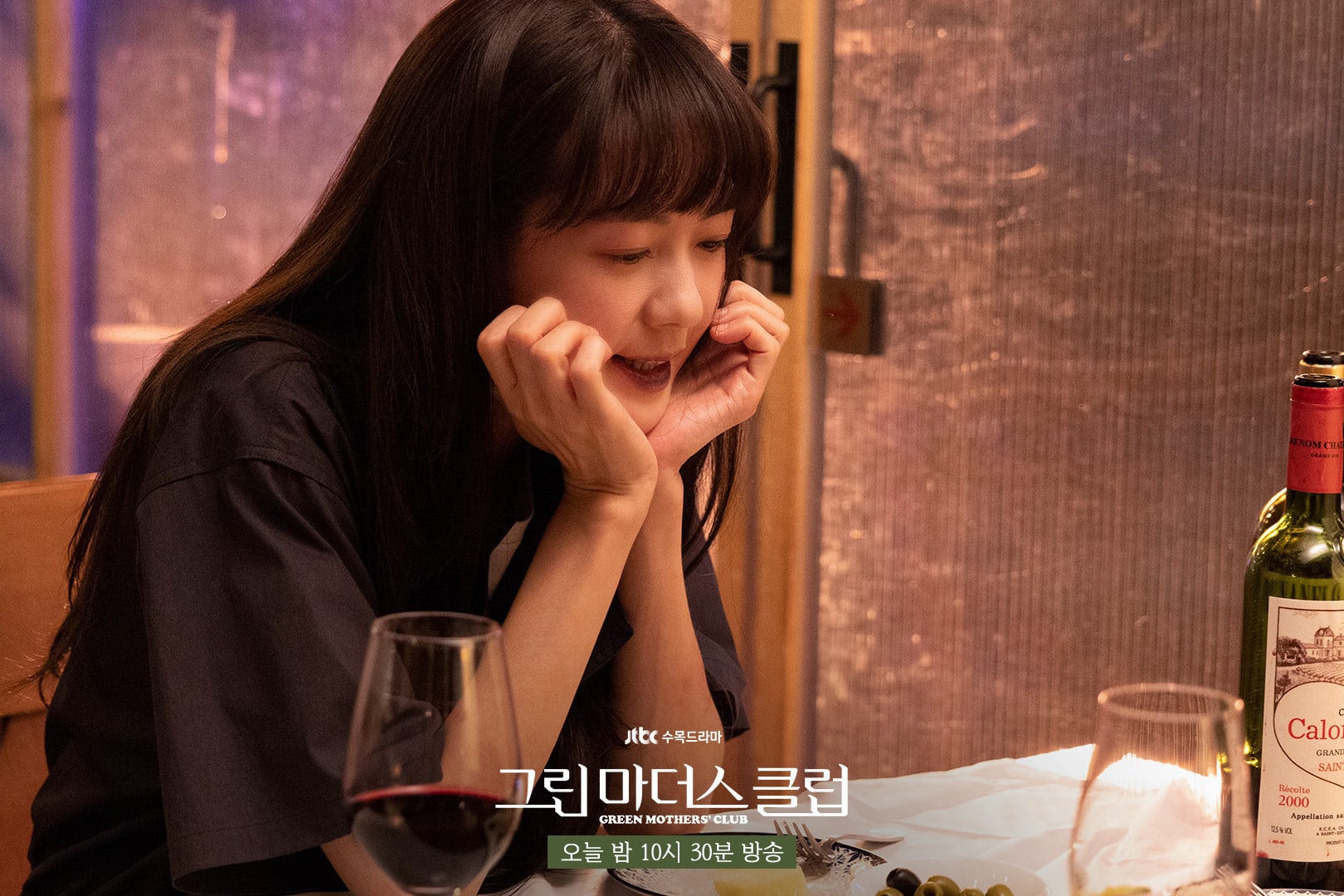 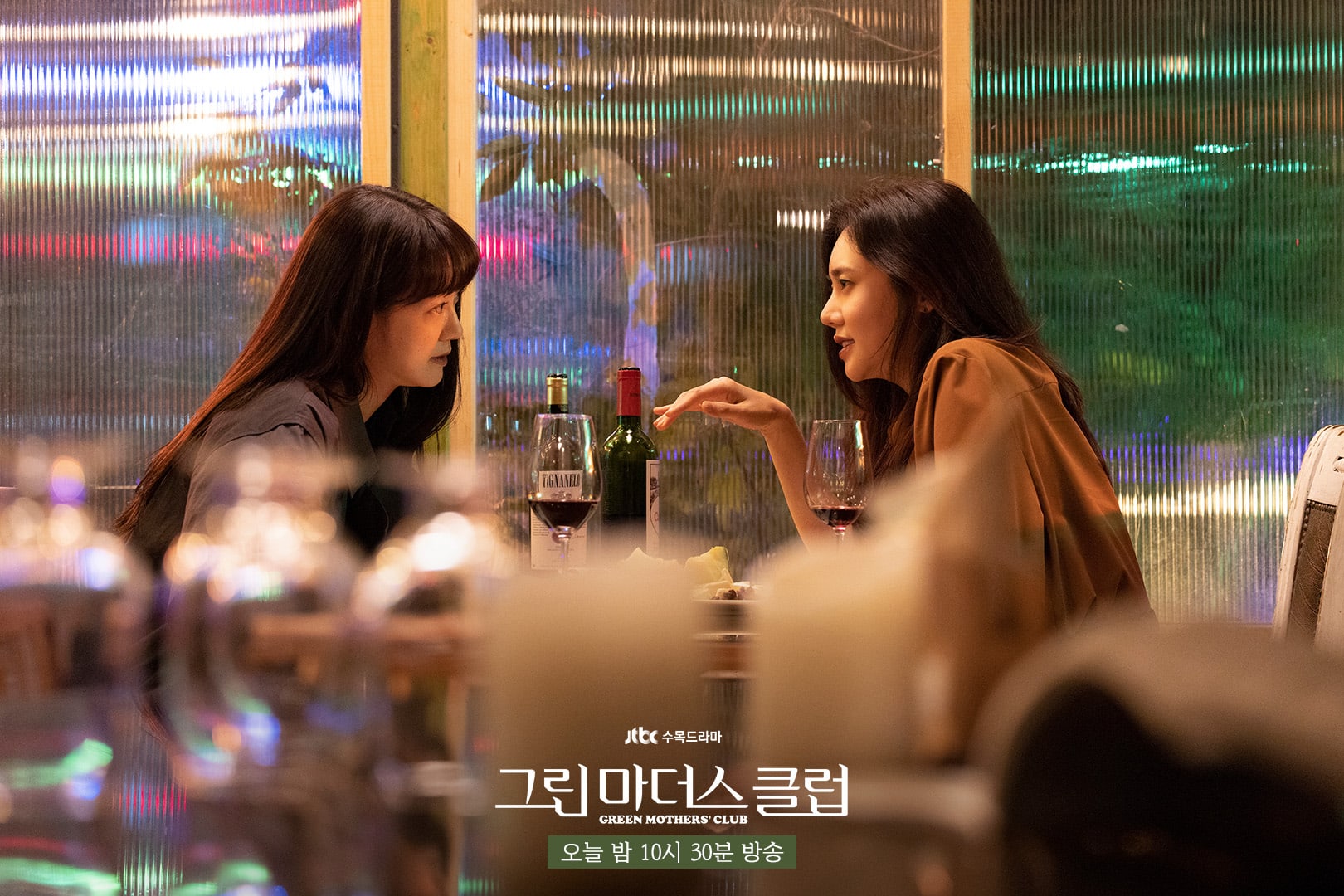 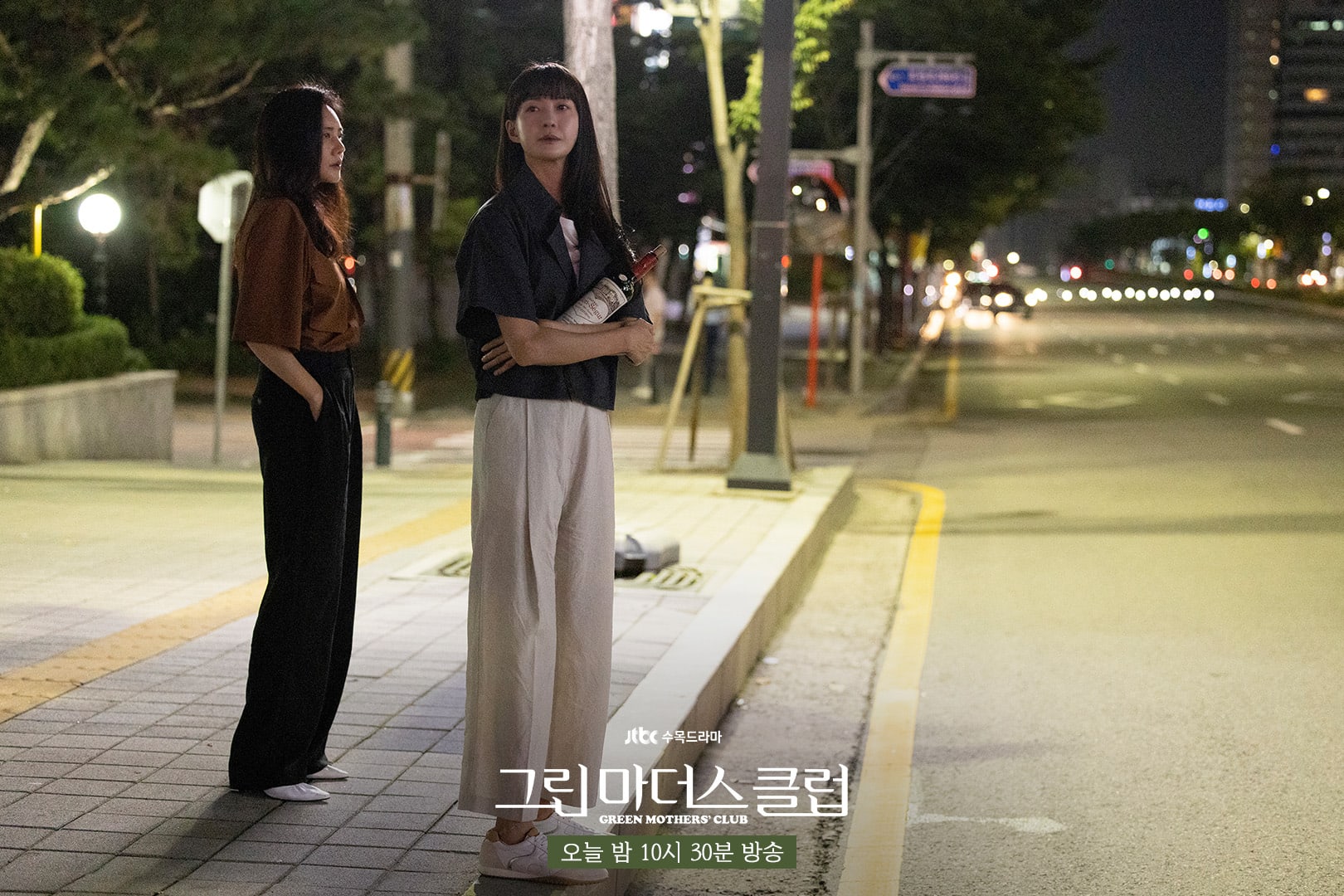 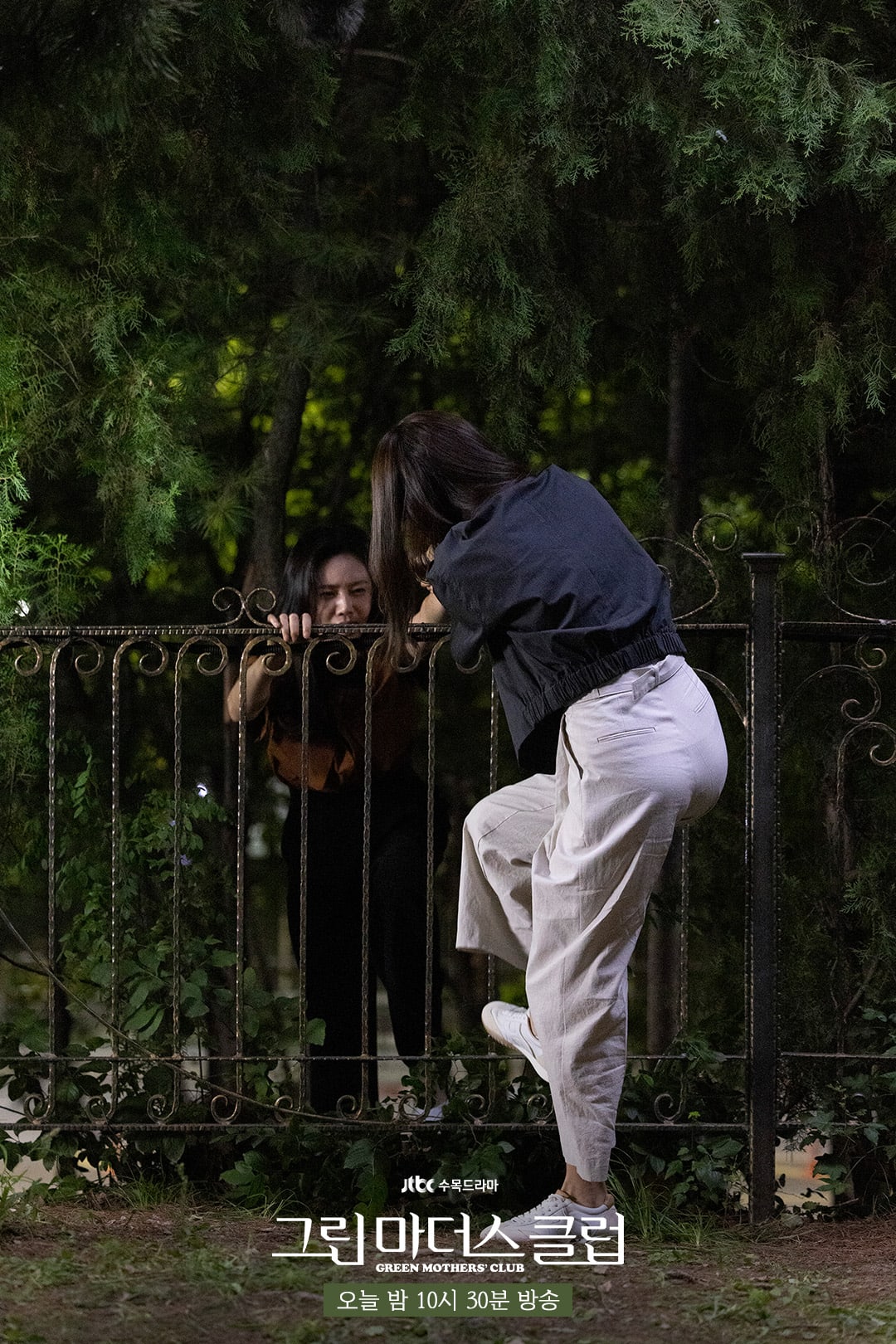 In the meantime, watch Chu Ja Hyun in “My Unfamiliar Family” below!