On April 13, the Korea PD Awards held its annual ceremony honoring the PDs (producing directors) and entertainers who have made contributions to society and culture over the past year.

“The Red Sleeve” star Lee Junho took home the prize for Best Actor, making him the first idol-turned-actor ever to win the award.

“When I first heard that I would be receiving this award, I was extremely happy,” remarked Lee Junho. “On top of all the love I received from viewers, I think it was a moment where I was able to receive praise for having worked hard up until now as an actor from the PDs who enjoyed watching the drama and sent me a lot of love.”

The star also expressed his gratitude to the cast and crew of “The Red Sleeve,” commenting, “I realized a lot of things while filming [the drama], and it was a set where everyone cheered each other on, gave each other strength, praised each other, were considerate of one another, and took care of each other. I think that happy atmosphere on the filming set created a great drama.” 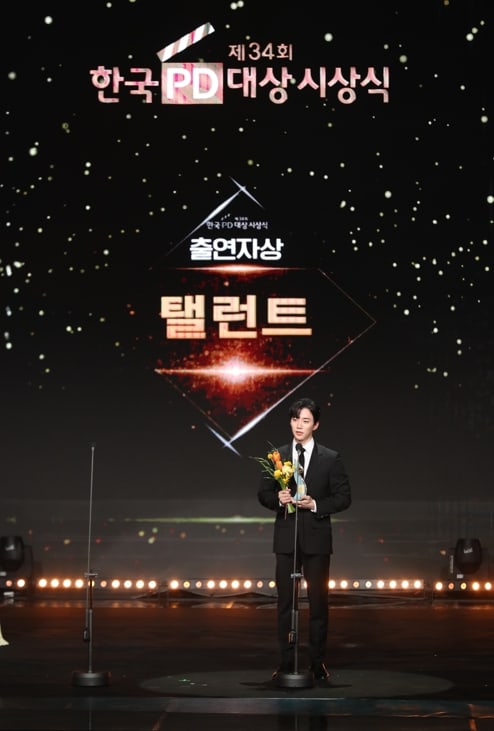 “The Red Sleeve” director Jung Ji In received the Daesang (Grand Prize) for PD of the Year, while the award for Best Drama went to KBS’s “Youth of May.”

aespa won this year’s award for Best Singer, and the prize for Best Variety Show went to SBS’s “Shooting Stars” (“Kick a Goal”).

Congratulations to this year’s winners!

…or check out “Youth of May” here…

…and “Shooting Stars” below!

2PM
Lee Junho
aespa
Youth of May
Kick a Goal
Shooting Stars
The Red Sleeve
How does this article make you feel?