tvN’s “Kill Heel” has shared a glimpse of tense moments from its upcoming episode!

“Kill Heel” is about the fierce battles and endless ambition and greed of three women in the competitive world of home shopping networks. Kim Ha Neul stars as Woo Hyun, who strives to escape her stagnant life by becoming the top show host for UNI Home Shopping. Lee Hye Young stars as Mo Ran, a woman who climbed from humble beginnings as a clerk to the top as vice president of UNI Home Shopping. Kim Sung Ryung stars as Ok Sun, a show host at UNI Home Shopping who seems to have the perfect life from her famous politician husband and her adorable son.

On the previous episode of the drama, it was revealed that Shin Ae (Han Soo Yeon) was the real culprit behind the murder of Hae Soo (Min Jae). Mo Ran used the evidence of Shin Ae she had in order to take the shares of UNI Home Shopping. Woo Hyun comforted Hyun Wook (Kim Jae Chul), Shin Ae’s husband and the president of UNI Home Shopping, who was in despair, and her tense war of nerves with Shin Ae increased the thrilling tension.

The newly released stills preview the fierce disputes between Woo Hyun and Shin Ae. In the first couple photos, Shin Ae comes to see Woo Hyun at UNI Home Shopping. They stare at each other with cold anger in the dressing room. Viewers can’t help but notice the red lipstick mark on Woo Hyun’s white top. Woo Hyun is bristling with fury, while Shin Ae gives her a smug smile. 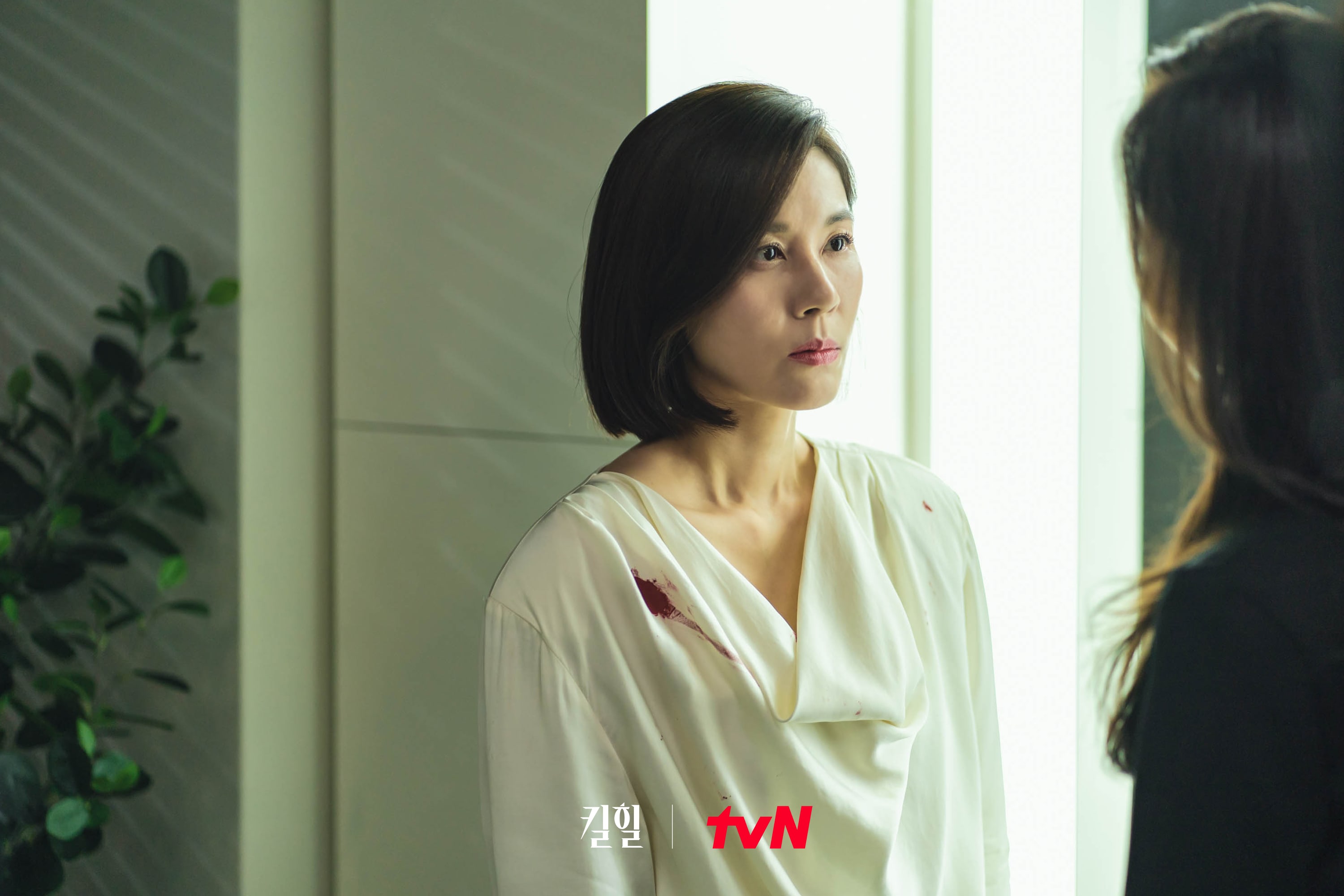 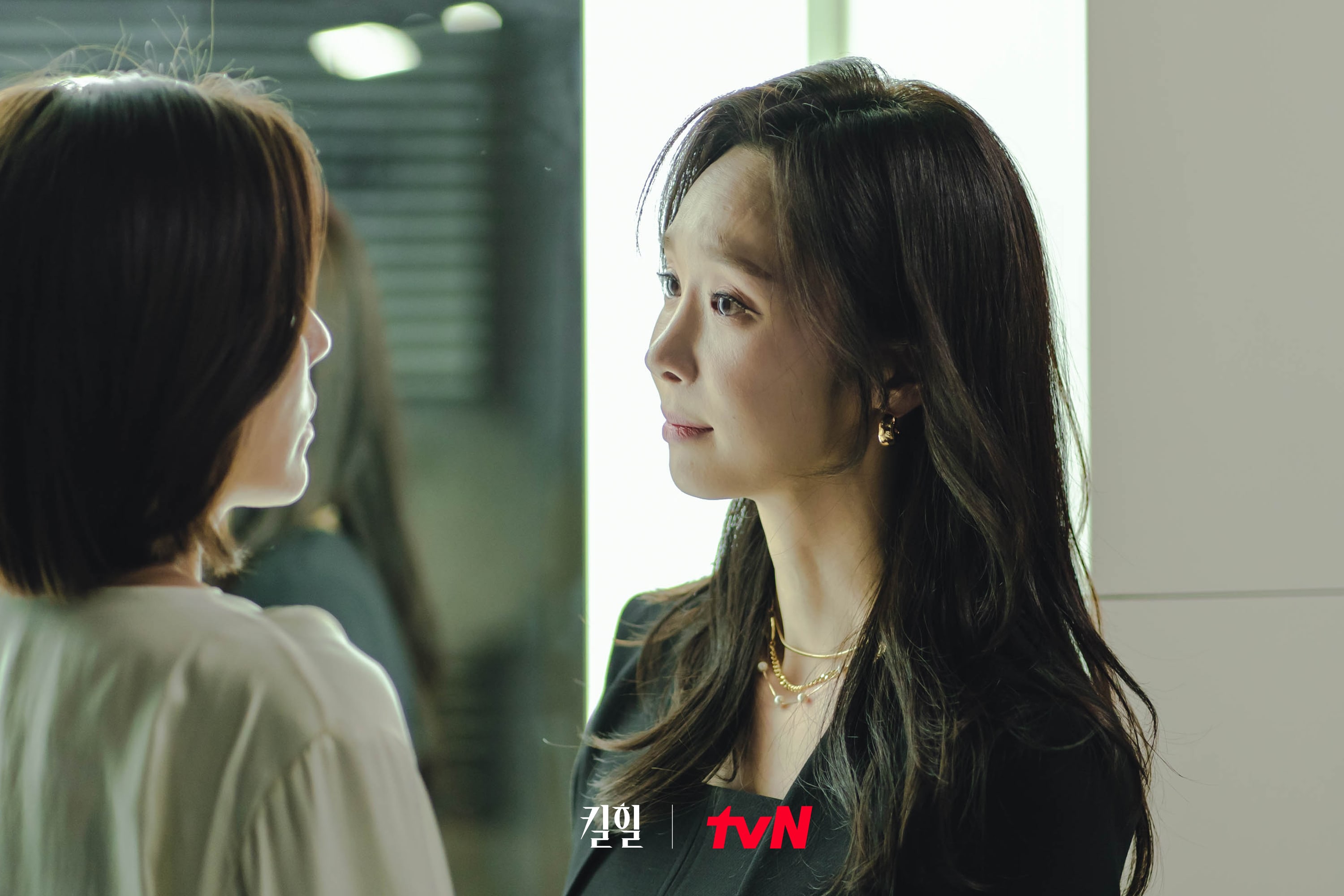 However, the tables turn in the following photos. Woo Hyun is spotted at Hyun Wook and Shin Ae’s house. Despite the fact that she’s in her enemy’s territory, she looks bolder than ever. On the other hand, Shin Ae is downright miserable, and her eyes grow teary as if she’s about to break down anytime soon. 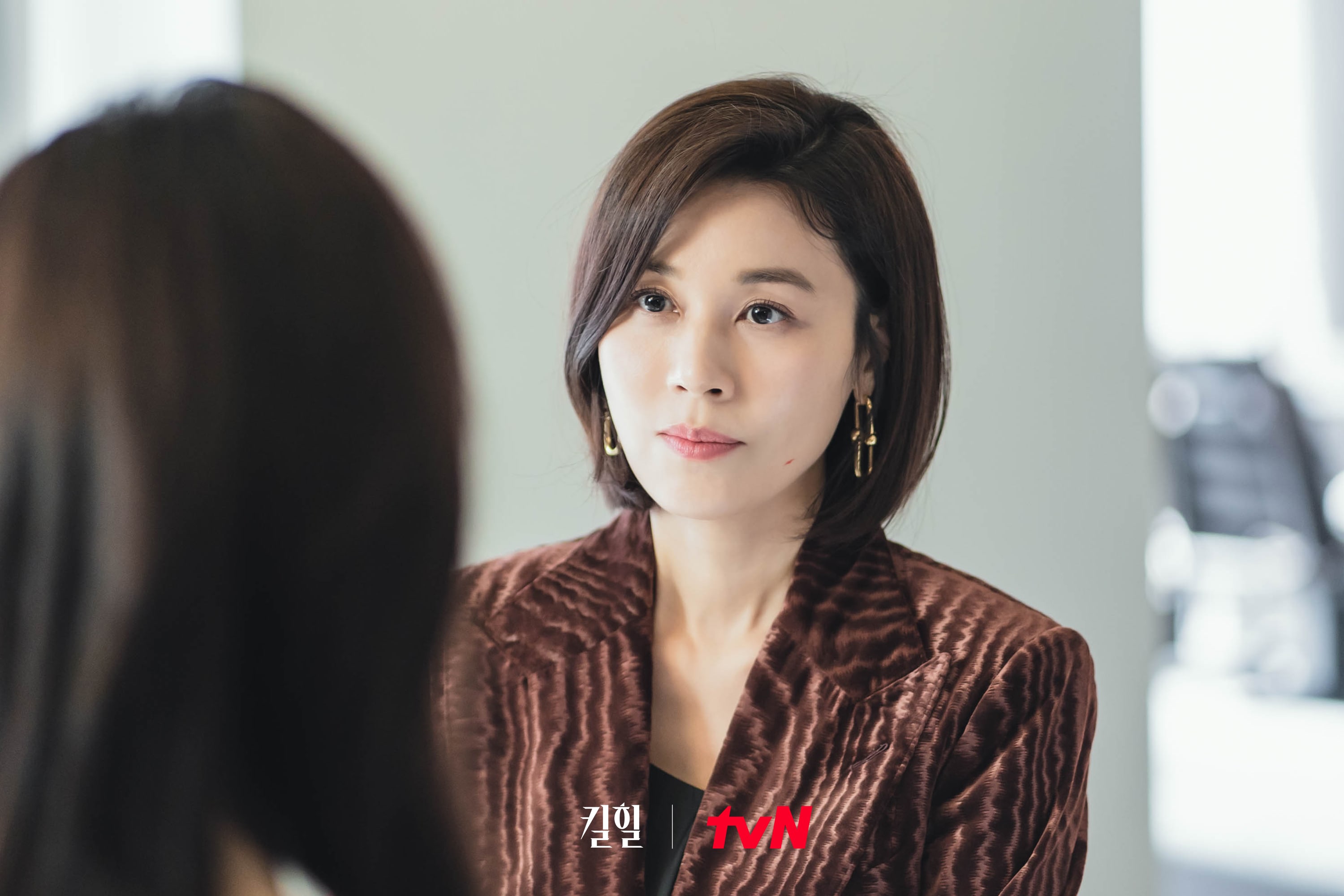 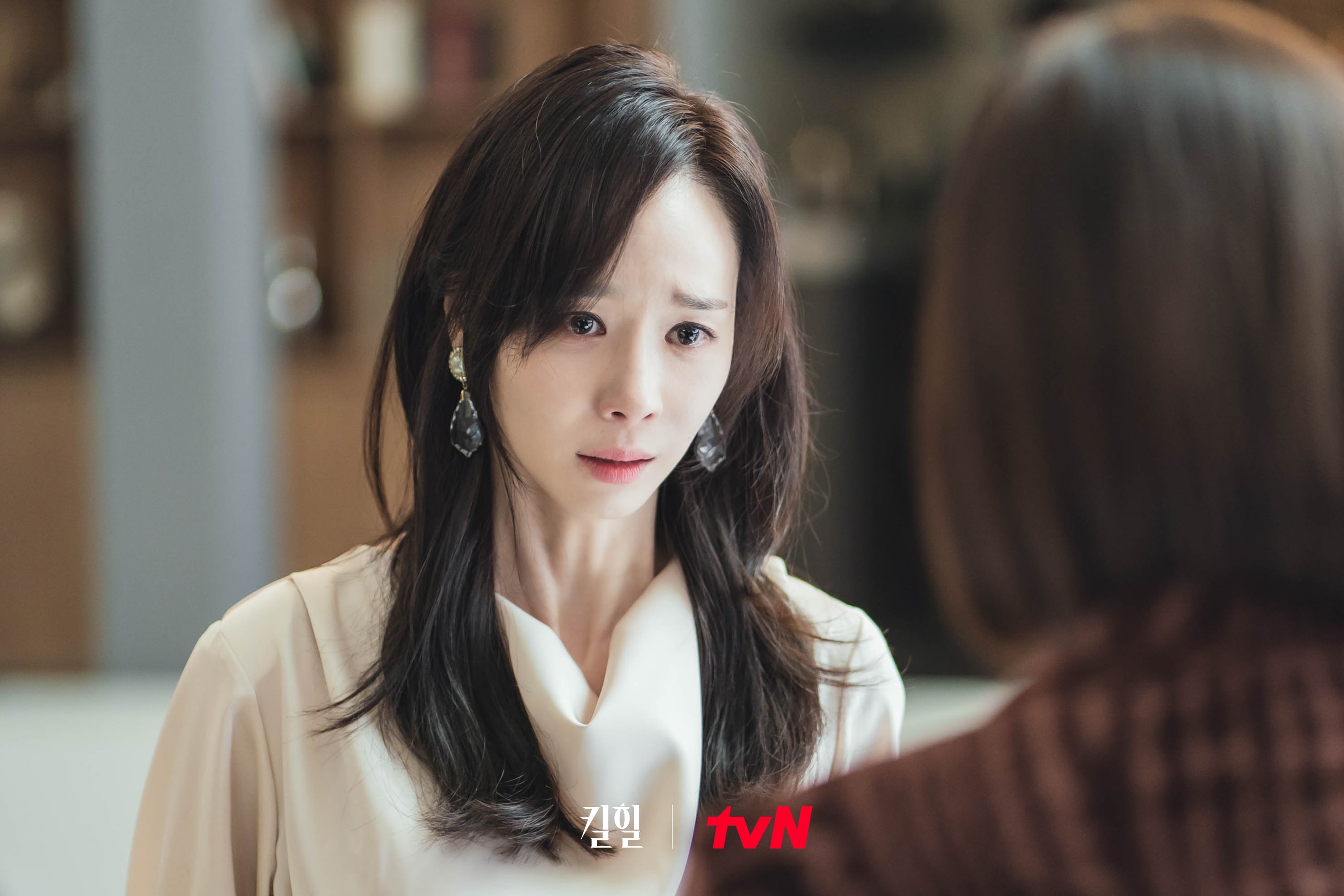 The drama’s producers teased, “Woo Hyun goes beyond the critical point of her ambitions and approaches a new goal. In the process, she will face inevitable conflicts with close characters. The end of the war will bring greater twists.”

Catch up on the previous episodes of the drama with subtitles below: