The highly-anticipated sequel to the hit film “The Outlaws” has unveiled new character posters of the main cast!

The follow-up to Ma Dong Seok and Yoon Kye Sang‘s hit 2017 action film “The Outlaws,” “The Outlaws 2” (also known as “The Roundup”) will follow the exciting adventures of legendary detective Ma Seok Do and his police station’s violent crimes squad as they fight to eradicate crime. This time, they’ll be going after Kang Hae Sang, a super villain who has been committing crimes in Vietnam.

Ma Dong Seok will be reprising his role as Ma Seok Do, and he will be joined by his co-stars Choi Gwi Hwa, Heo Dong Won, Ha Jun, and Park Ji Hwan – all of whom are returning for the long-awaited sequel.

The newly released posters show a sneak peek of just how intense the new film will be!

First off, Ma Seok Do overwhelms viewers with his powerful aura and steely gaze. Behind him are police cars, and he seems to be charging forward. The text on the poster reads, “irreplaceable monster detective Ma Seok Do.” 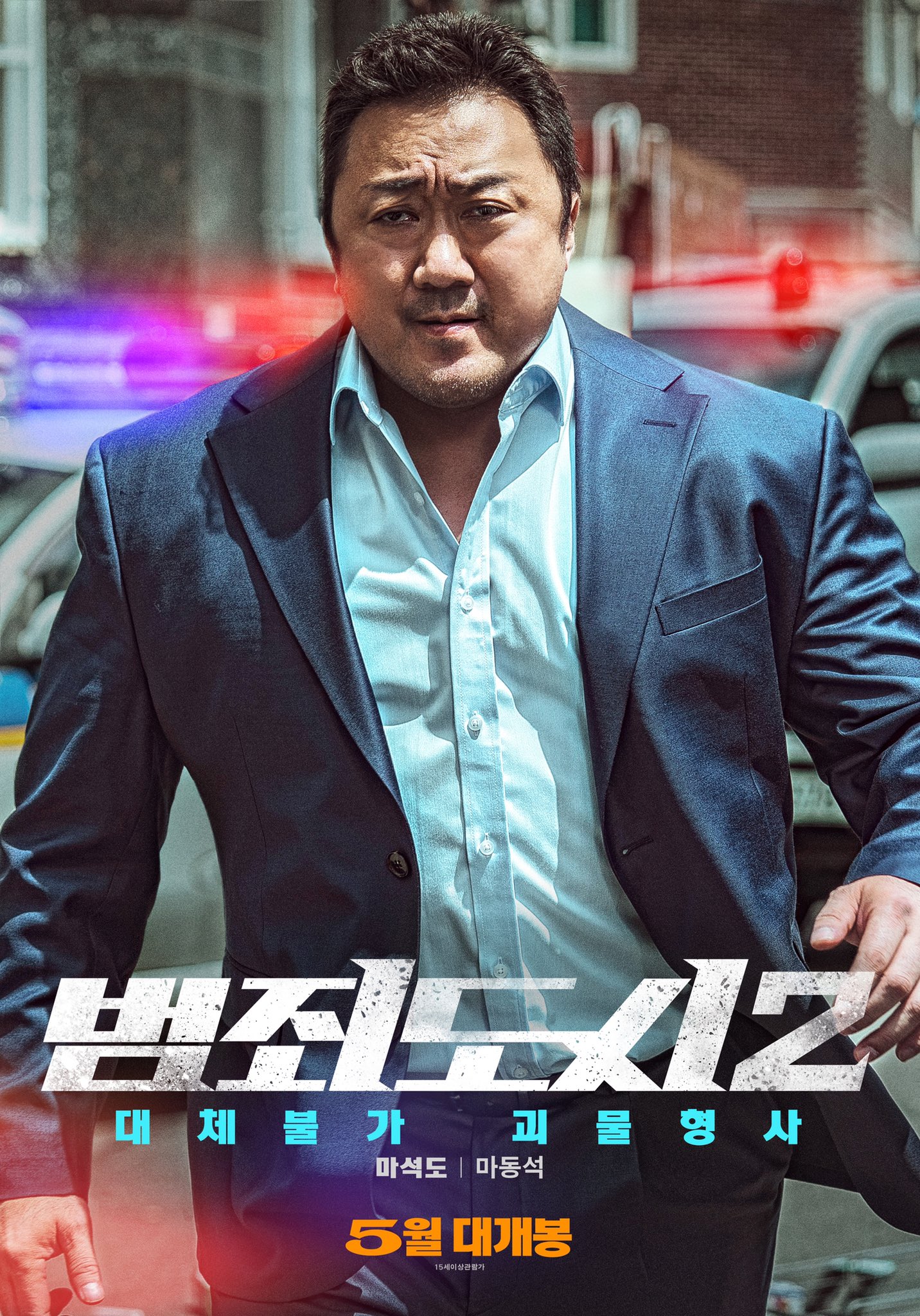 Kang Hae Sang is a formidable villain with great control over areas of Vietnam. His cold gaze sends chills down one’s spine, and it will be exciting to see his face-off with Ma Seok Do. The poster describes him as “the strongest villain ever.” 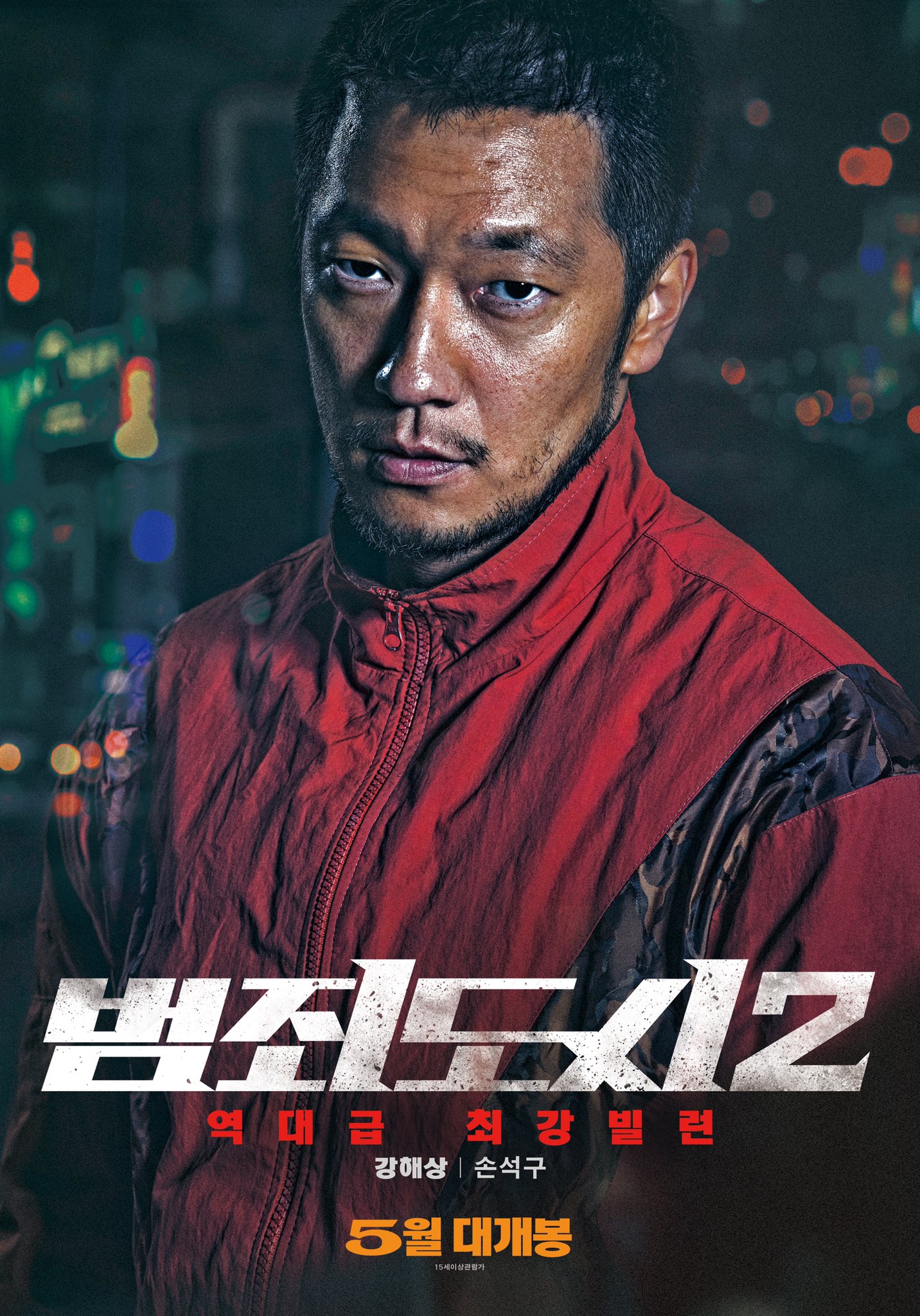 More character posters show familiar faces from the first movie. Choi Gwi Hwa is Captain Jeon Il Man, the leader of the violent crimes squad “who never has a peaceful day,” and Heo Dong Won is Oh Dong Gyoon, the “the eldest detective with a good hunch.” 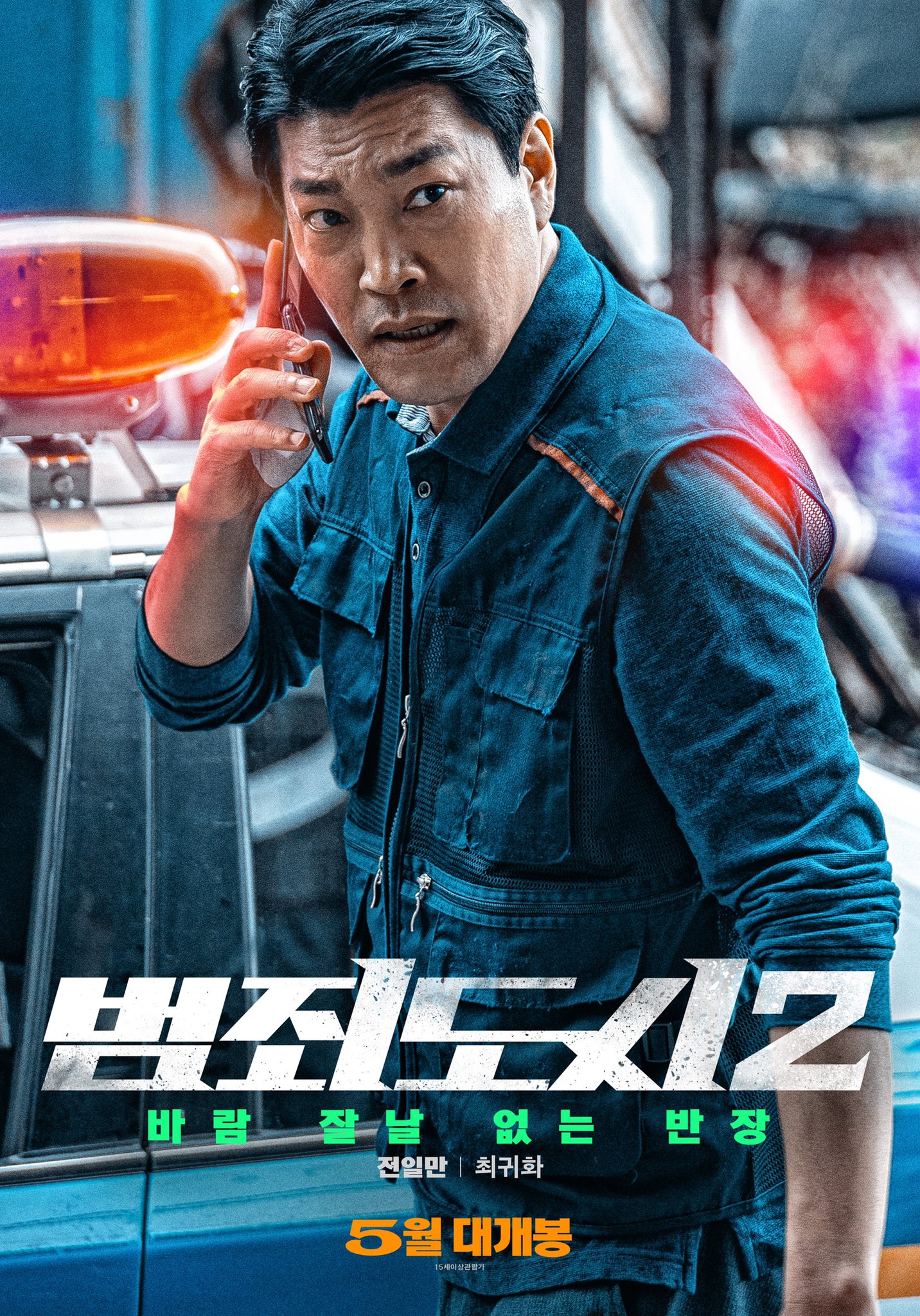 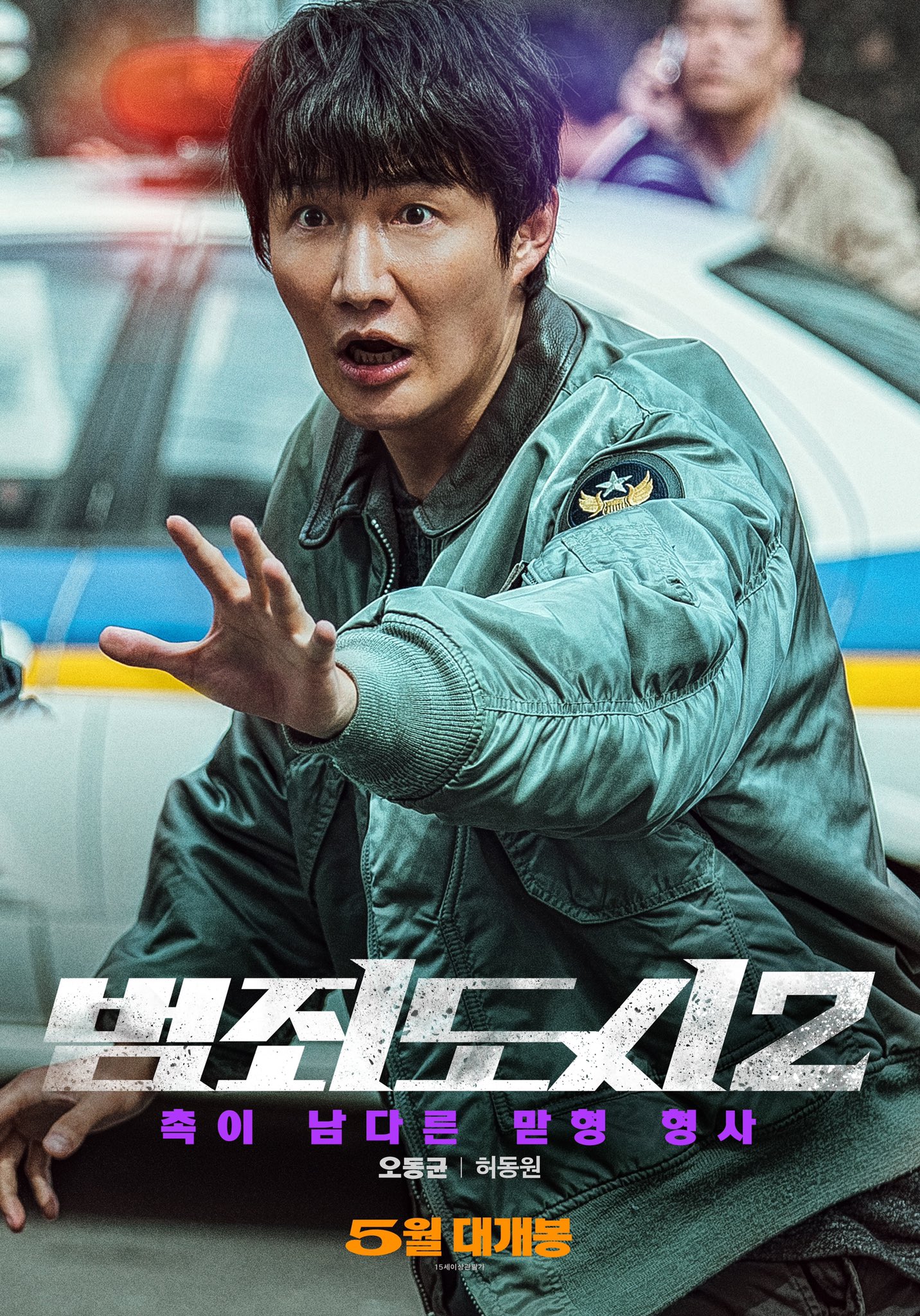 Kang Hong Suk (Ha Jun) is no longer the youngest in the team, but he’s the one with the brains in the group, and Jang Yi Soo (Park Ji Hwan), who was a gang leader in the previous film, has turned over a new leaf and is “dreaming of a new life.” 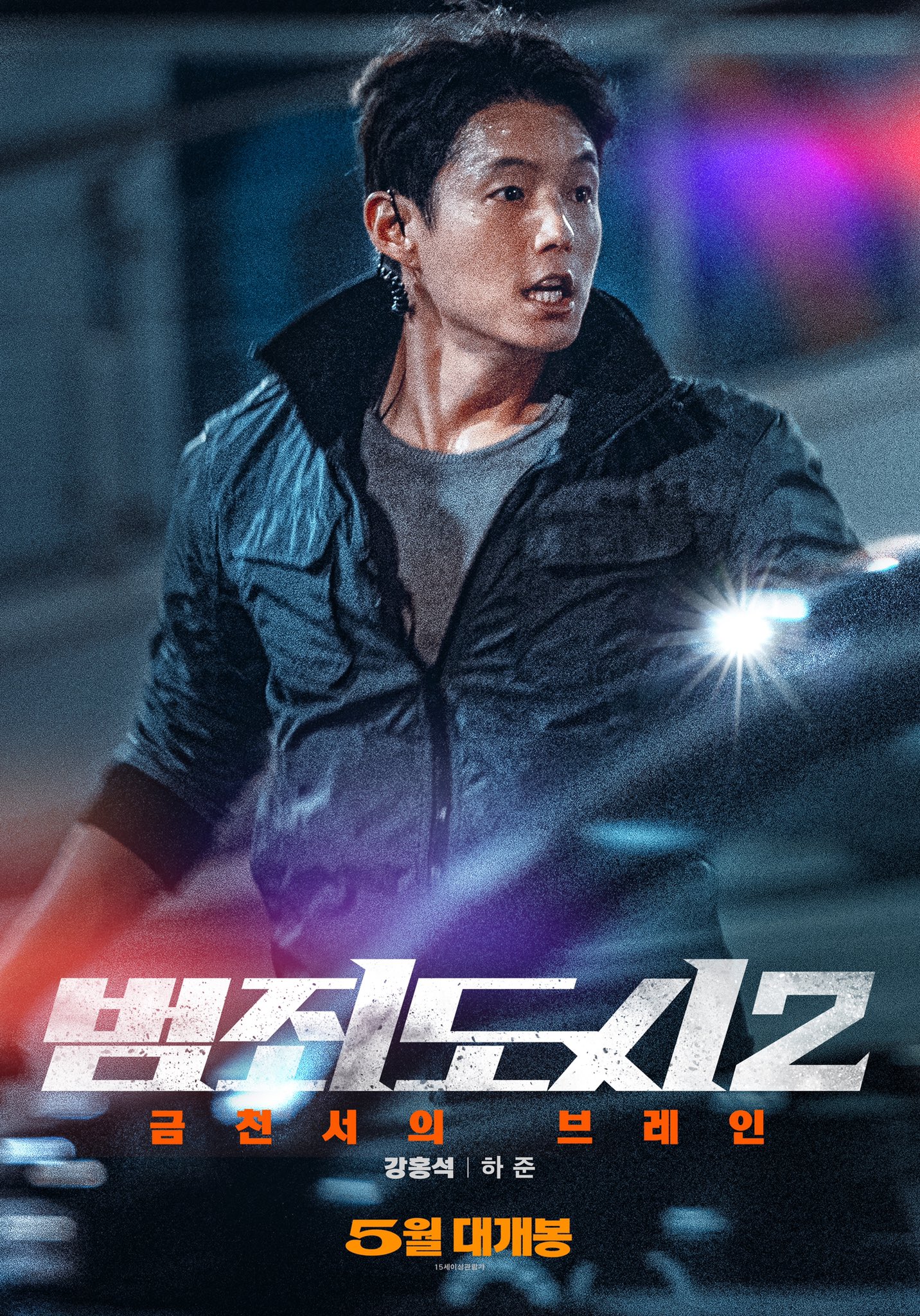 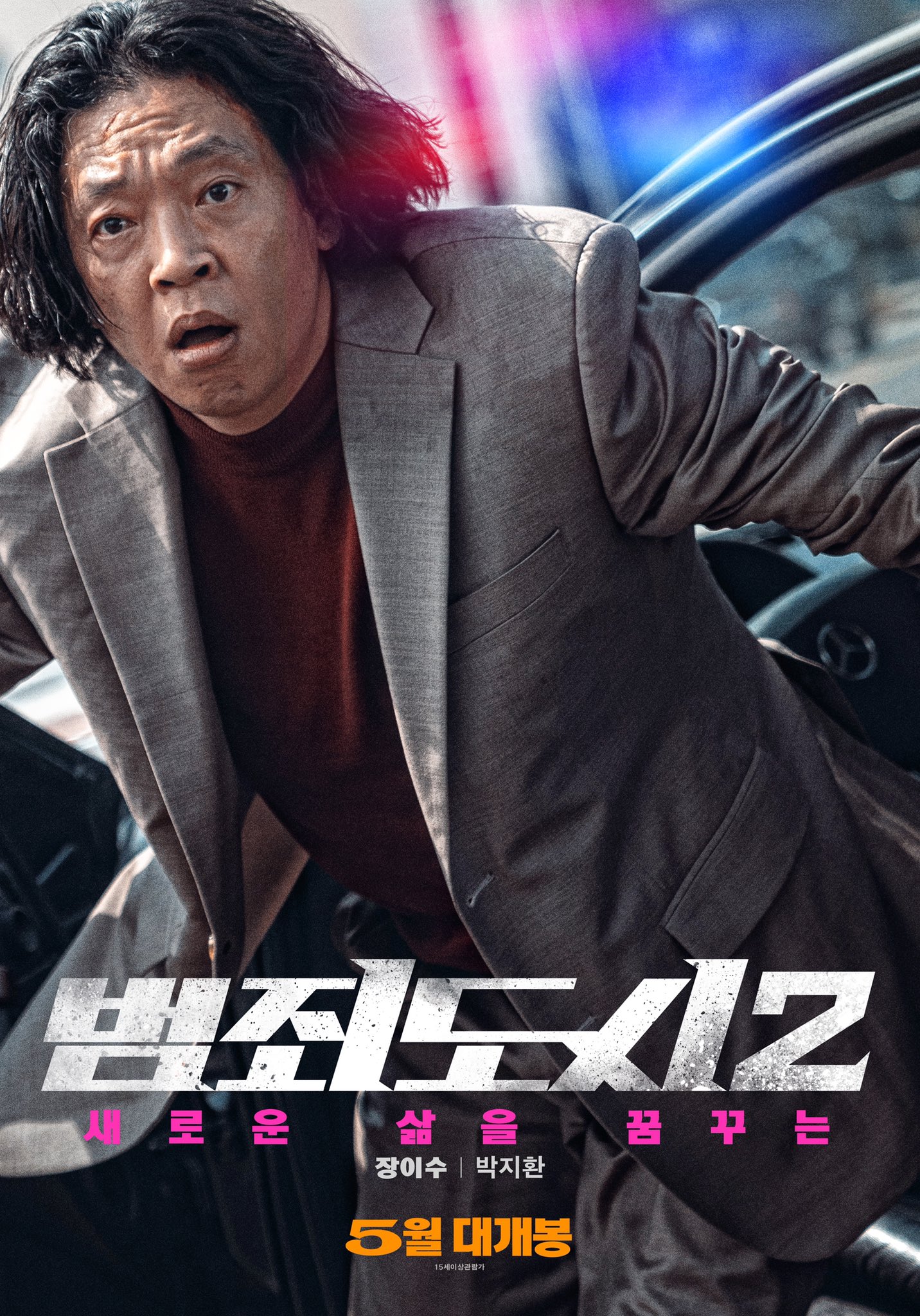 Another new face is Jung Jae Kwang, who will play detective Kim Sang Hoon. He just joined the team, but the poster describes him as a “rookie detective who is full of spirit.” 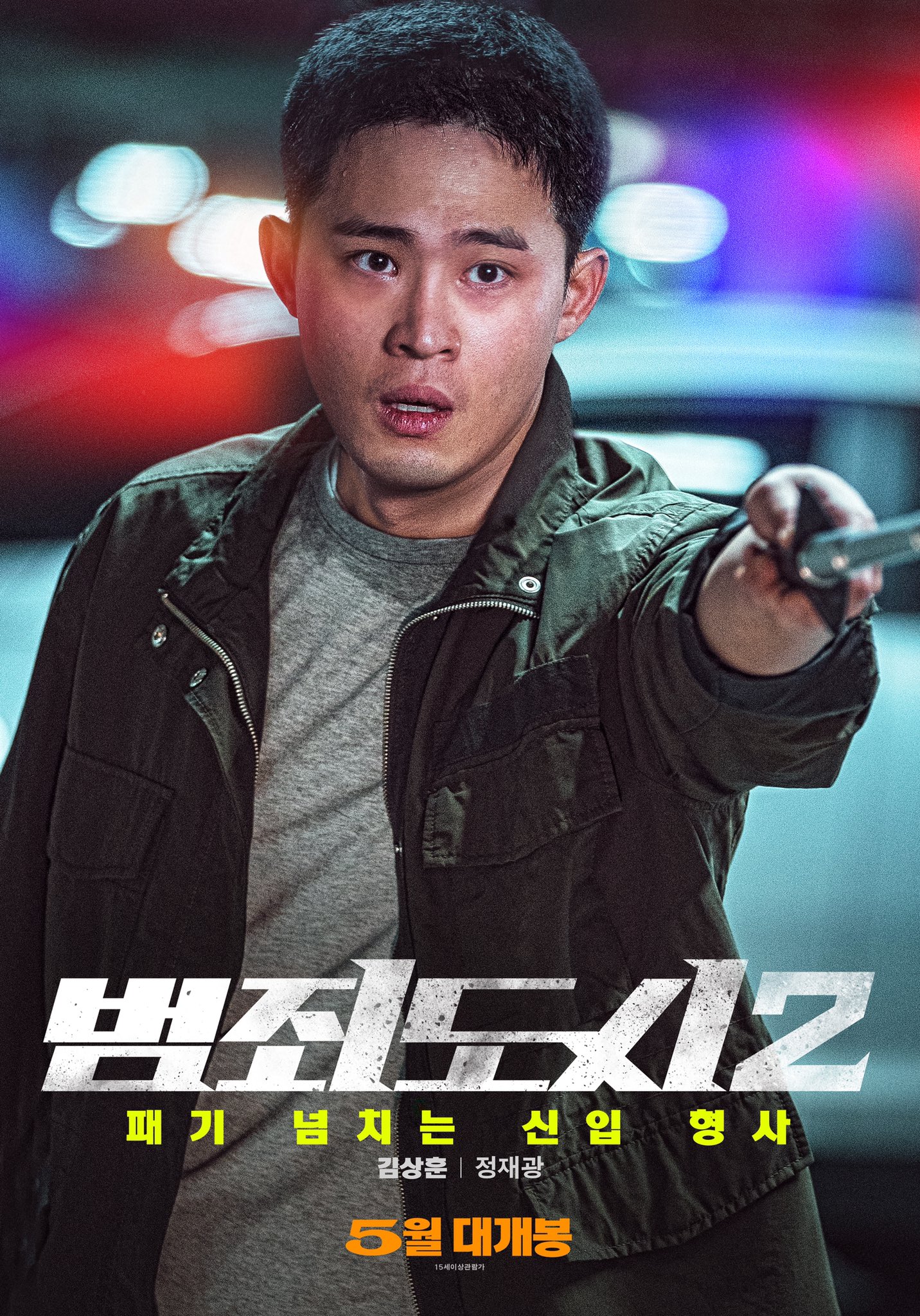 “The Outlaws 2” will premiere in May.

While you’re waiting, watch the first movie below!