Yoon Bak On His Chemistry With Park Min Young, Initially Turning Down His Role In “Forecasting Love And Weather,” And Wanting To Get Married

In a recent interview with Maeil Business, Yoon Bak opened up about his role in JTBC’s “Forecasting Love and Weather”—and why he initially turned it down!

“People around me kept telling me, ‘There really are lots of people out there who are like [Han Ki Joon]. If you just stay relaxed while analyzing and acting out the character, it’ll be easier than you think.’ People gave me that advice, so I tried to put my focus on the character’s interpersonal relationships.” 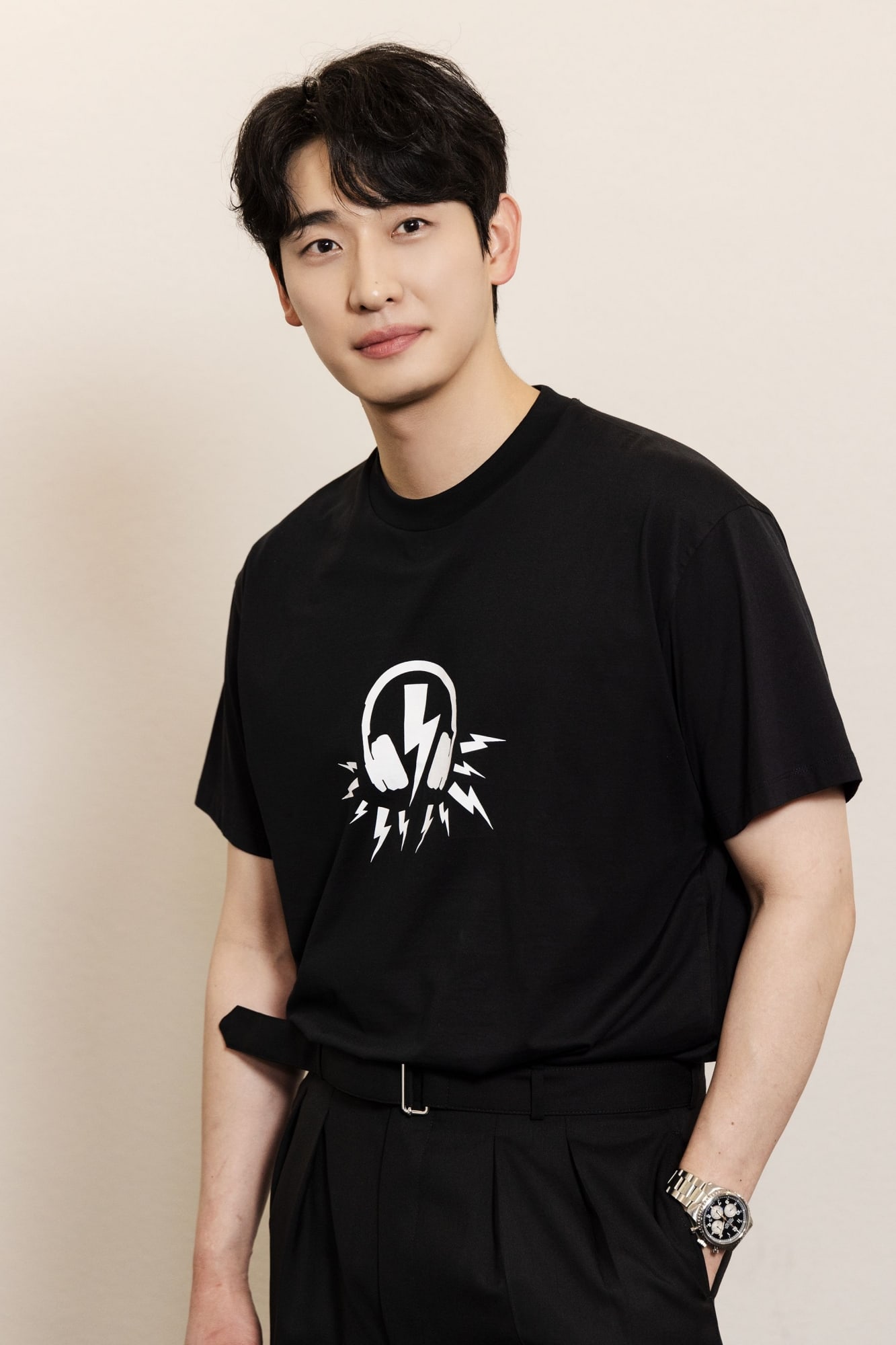 Yoon Bak also revealed that when he was first offered the role of Han Ki Joon, he turned it down—but that the director was able to successfully change his mind.

“The director told me, ‘Because of your character and true self in real life, if you play Han Ki Joon, Ki Joon’s bad qualities will be offset by [your positive traits] in other people’s eyes,'” he shared. “I thought that if I approached the character the way the director had suggested, I could show a new charm and side of myself.”

As for what he considered Han Ki Joon’s lowest moment in the story, Yoon Bak chose secretly following Jin Ha Kyung. “It was definitely pathetic how he went to Ha Kyung’s house and cried his eyes out, along with how he talked to Ha Kyung after a misunderstanding, but Ki Joon was sincere in those actions,” he said. “However, I think following her was really disgraceful and deplorable.” 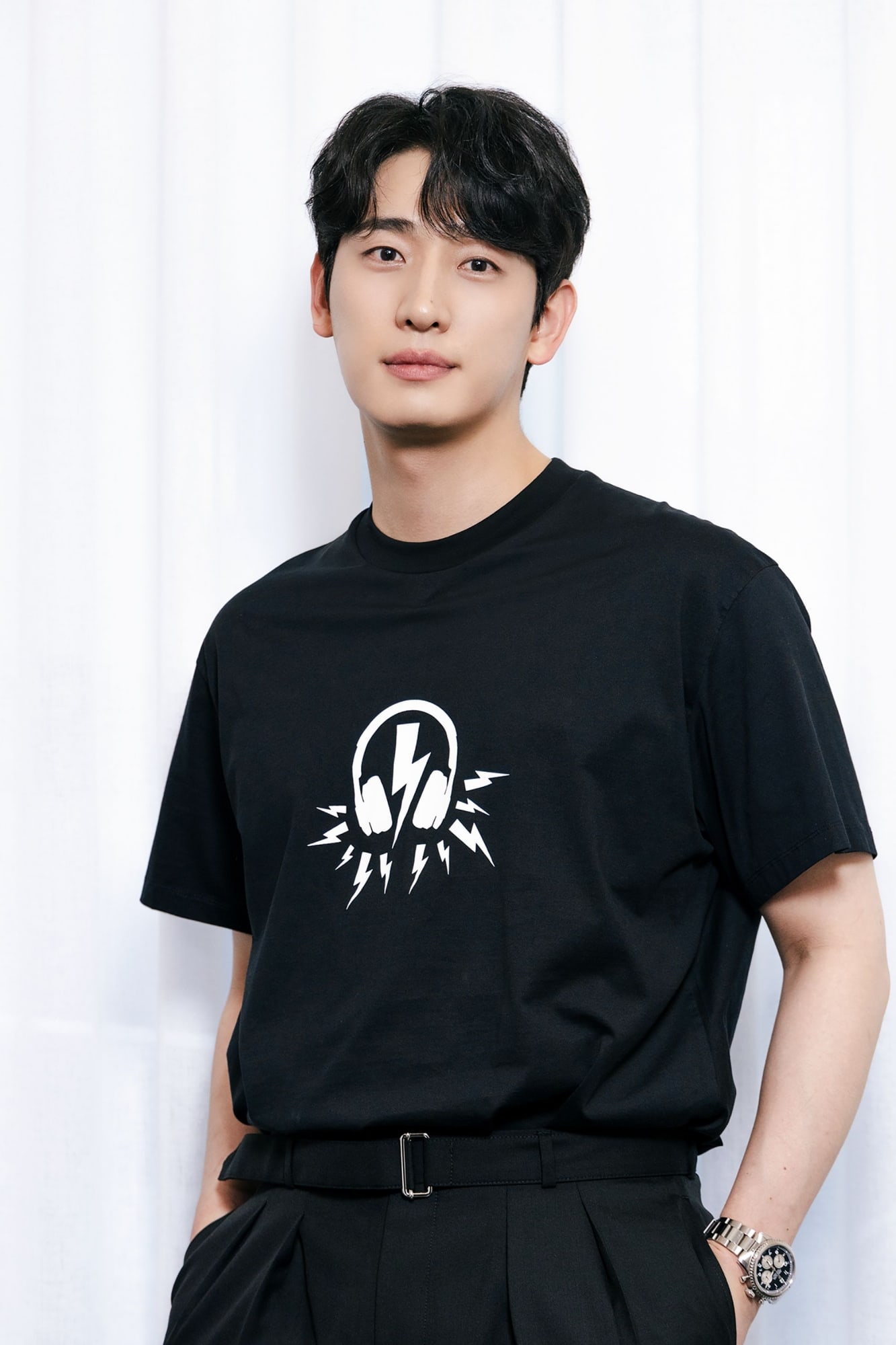 “At a certain point, I came to realize that without even noticing it, I had reached a dangerous moment of trying to portray Han Ki Joon in a more favorable light,” continued the actor. “I tried as much as possible to stay true to the script while acting in a flexible way.”

When asked about the drama’s popularity, Yoon Bak remarked gratefully, “You never know beforehand what your results will be like, so I’m the type who tries not to expect anything. But people gave us lots of love and interest, which made me feel amazed and happy. I could feel [the drama’s popularity] because the people around me kept contacting to me say, ‘I’m enjoying it,’ or ask, ‘What’s going to happen next?'” 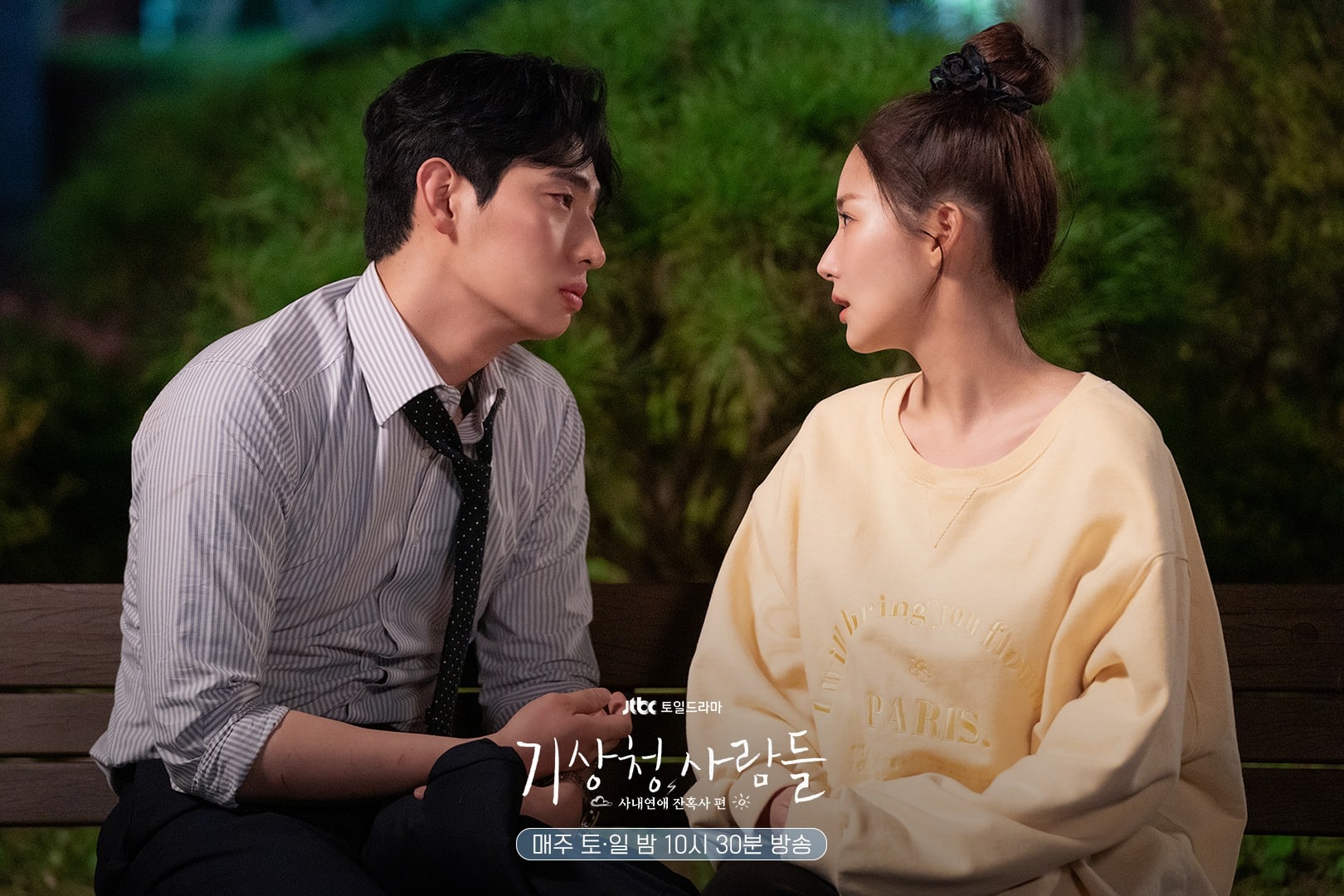 Yoon Bak also went on to speak enthusiastically about his chemistry with co-star Park Min Young.

“Our teamwork was so good that we fell into step right away,” he recalled. “We both prepared so well in advanced that we’d even say we would jump right into filming without practicing, and when we jumped into acting together, it was so much fun.”

As for his on-screen wife Yura, Yoon Bak spoke highly of her talent and strong work ethic. “She works really hard, and she really pulled off even the emotional aspects [of her character] very well,” said the actor. “She was so good that I really think it’d be fitting to call her an actress instead of a singer from now on.”

Meanwhile, he described his experience working with Song Kang by saying, “It was very comfortable. He was very receptive, and he both offered his own opinions and listened well to mine when we were filming scenes together.”

Finally, Yoon Bak shared that he is hoping to get married in real life as well.

“Ever since I was young, I wanted to get married quickly, and my goal was to get married before my mid-thirties,” he explained. “While working on this drama, I often had the thought that I wanted to get married. I think I’d try to be as accommodating as possible when it came to my wife. Imagining it now, I feel like it’d be best to make personal sacrifices for the sake of a peaceful household.” 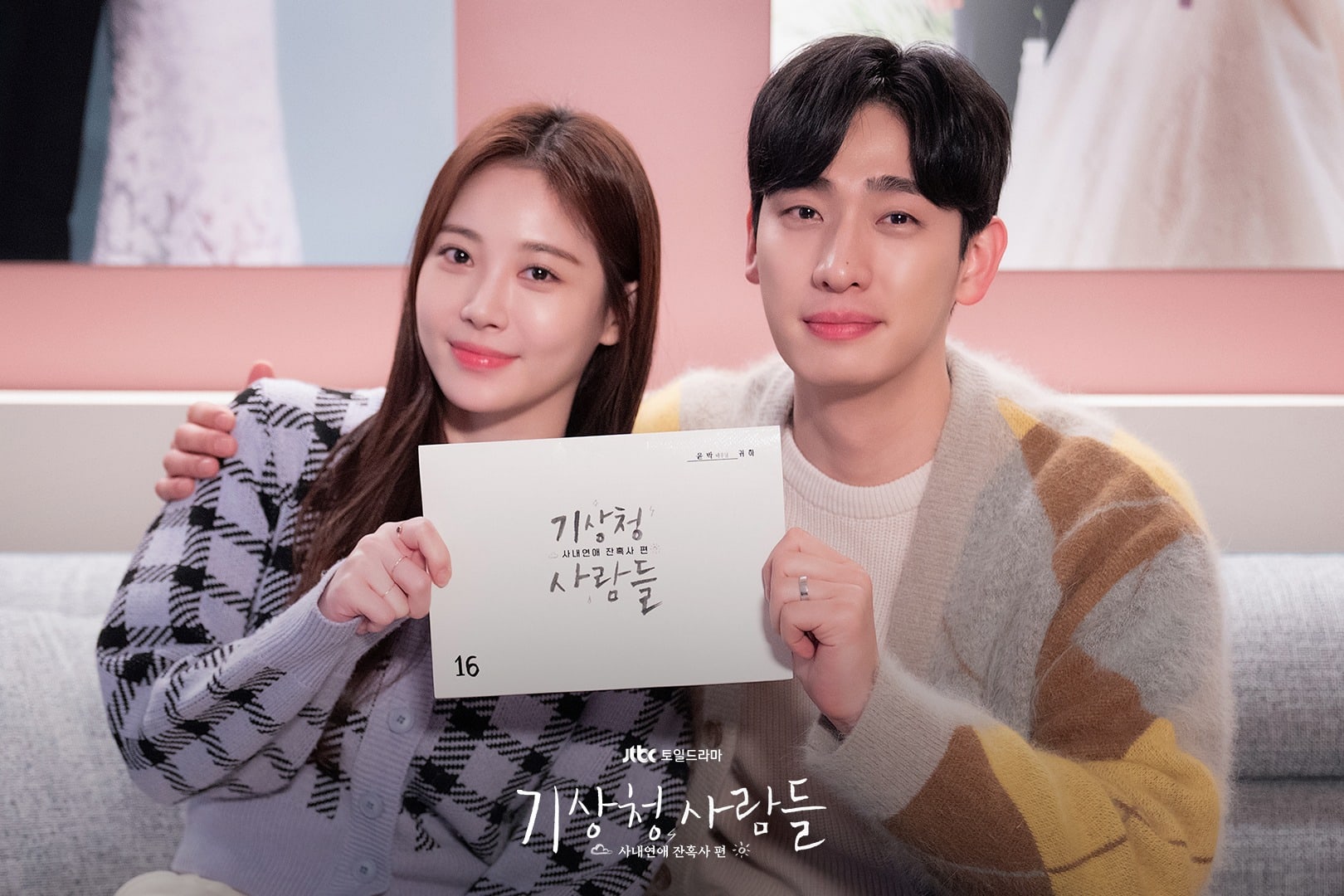 Miss seeing Yoon Bak in “Forecasting Love and Weather”? Watch him in his drama “Birthcare Center” with subtitles below!