SBS’s “Again My Life” released new stills of Lee Joon Gi on his path to revenge!

Although Woo Yong Soo (Lee Soon Jae) appears to be a shabby old man, he is actually a sharp and seasoned wealthy individual who has great sense when it comes to real estate. In the newly released stills, Kim Hee Woo receives a harsh initiation into the world of real estate by Woo Yong Soo, and they portray contrasting attitudes during their first meeting at a real estate auction.

In the stills, Kim Hee Woo appears to be slightly at a loss in front of Woo Yong Soo, especially since Kim Hee Woo is experiencing his first real estate auction. Curious about the spirited Kim Hee Woo, Woo Yong Soo scans him up and down from head to toe. 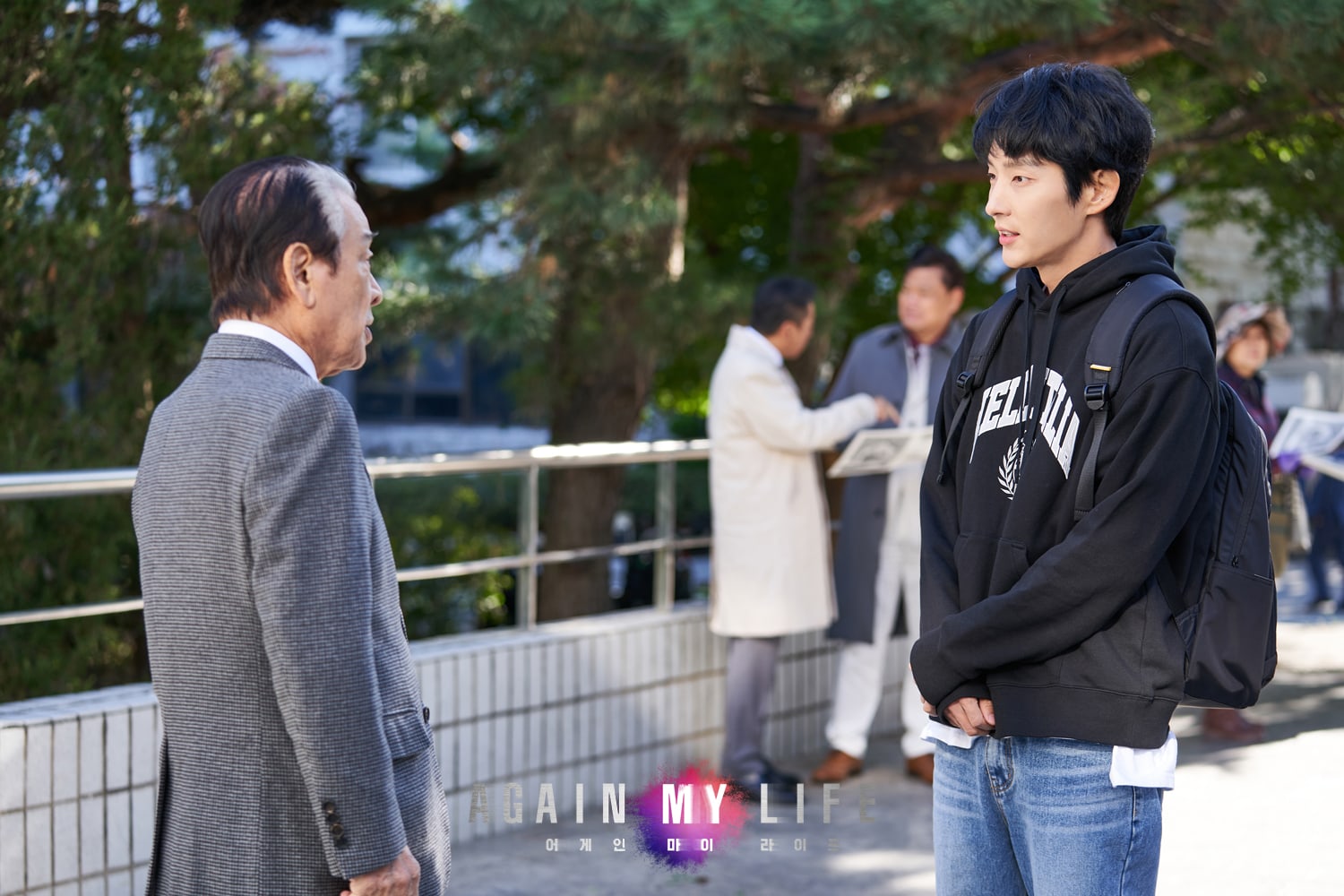 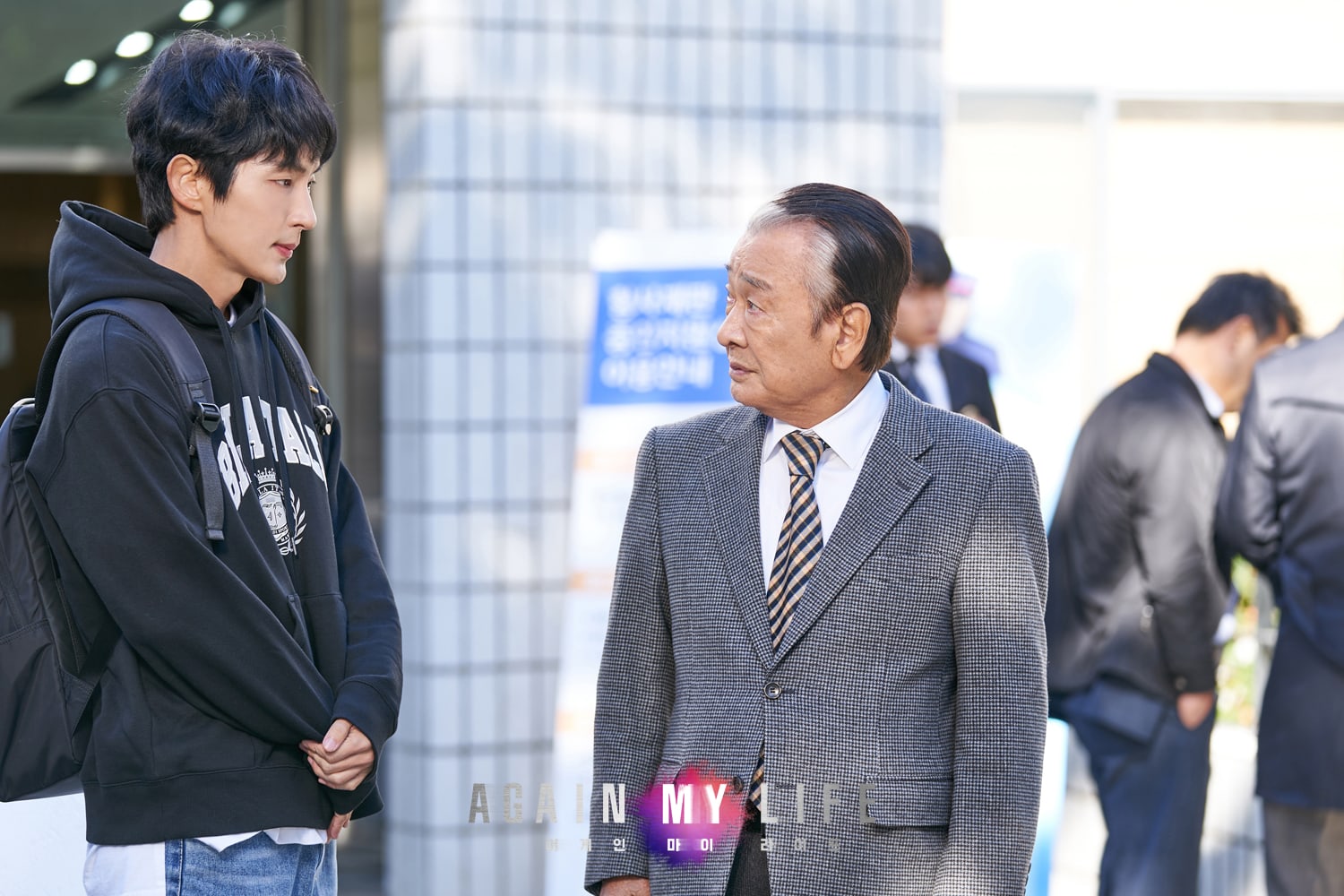 However, another still portrays Kim Hee Woo looking disappointed after having been bluntly rejected by Woo Yong Soo. Viewers are looking forward to finding out if Kim Hee Woo will be able to become Woo Yong Soo’s first student. 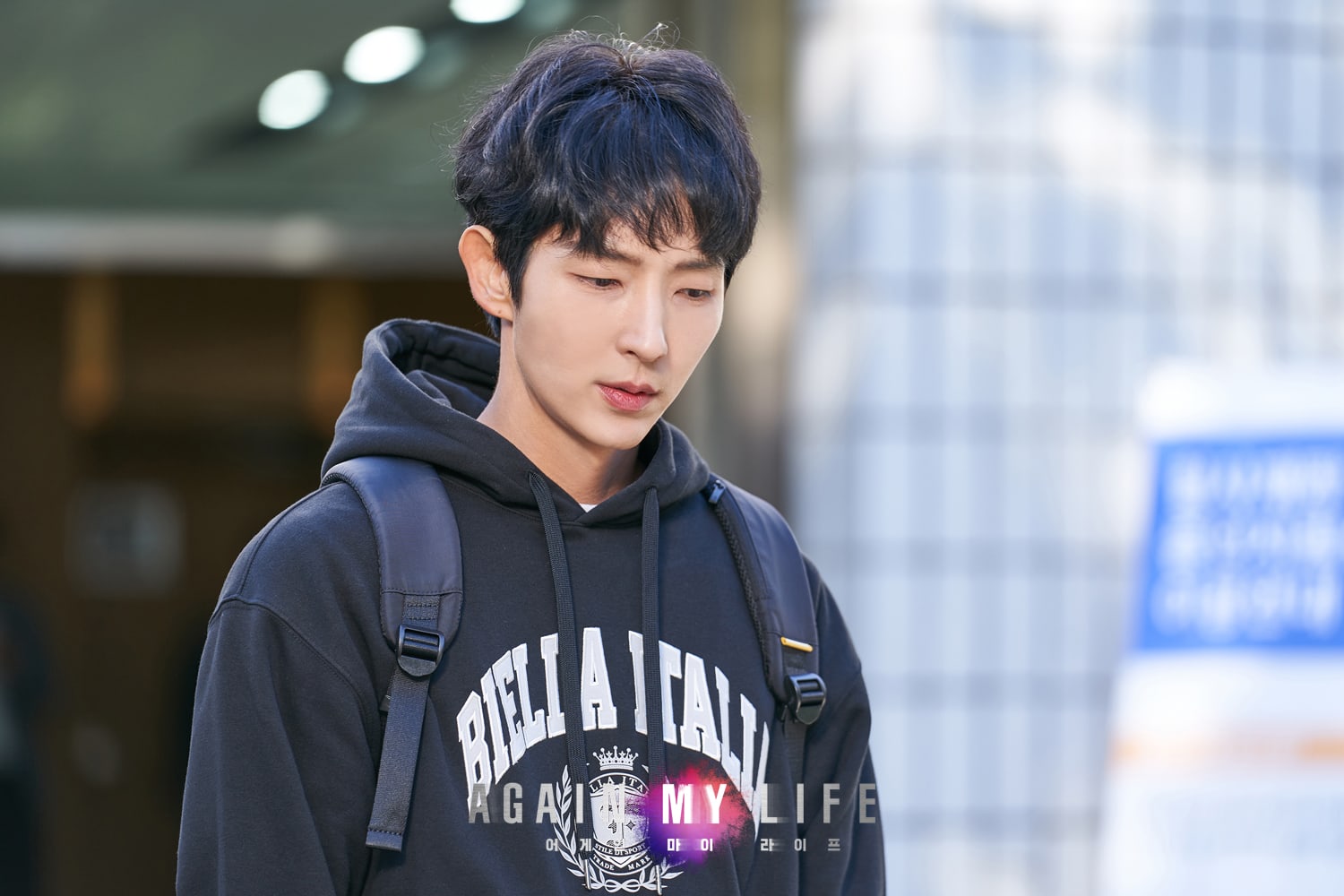 The production team shared, “Lee Joon Gi begins to start preparing his funds for his revenge in order to capture the evil Lee Kyung Young (playing Jo Tae Sub). As the first step, Lee Joon Gi approaches Lee Soon Jae in order to learn his insight, so please check whether the two will be able to create a mentor-student relationship in today’s (April 15) episode 3.”

More photos also capture Kim Hee Woo having a secretive meeting with Choi Kang Jin (Kim Jin Woo), the head of a society at law school. In Kim Hee Woo’s past life, Choi Kang Jin started off as a prosecutor and junior to chief prosecutor Kim Seok Hoon (Choi Kwang Il) of the Central District Prosecutors’ Office, and he eventually became a civil rights lawyer and ultimately a member of the National Assembly.

Having reunited at the welcome party for freshmen, Kim Hee Woo and Choi Kang Jin spend time getting closer. The two appear to be deeply immersed in their conversation, raising questions about what they could be discussing and how their friendship will develop. In the stills, Kim Hee Woo’s eyes sparkle as he smiles in response to Choi Kang Jin’s tempting offer. 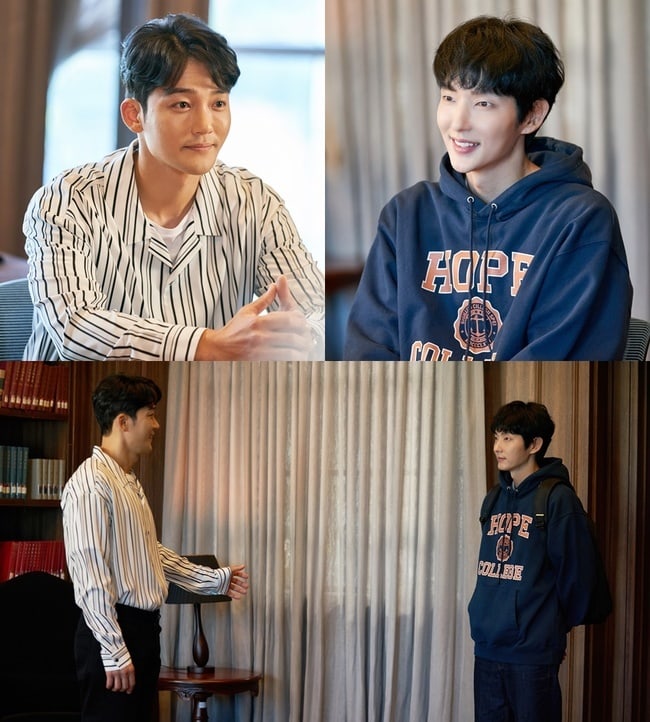 The production team revealed, “Lee Joon Gi will receive an offer to enter a secret club that only promising students in the law department at Hankuk University can enter. In particular, the secret club is a private organization that is not even known within the law department at Hankuk University, so please watch out to see if Lee Joon Gi will take an elevator at light speed to get one step closer to Lee Kyung Young.”