Kang Han Na, Park Ji Yeon, And Choi Ri Are Ambitious Women Who Get Tangled Up In Politics In “Bloody Heart”

KBS 2TV’s upcoming drama “Bloody Heart” has shared new stills of the women in the palace!

Kang Han Na will star as the free-spirited Yoo Jung, who has a mindset that is a bit ahead of her time. She is a bold woman who has everything, from excellent resourcefulness to innate intelligence. Park Ji Yeon takes the role of the elegant and ambitious queen dowager Choi Ga Yeon. Choi Ri plays Cho Yeon Hee, the daughter of Cho Won Pyo (Heo Sung Tae), who is immature, arrogant, and audacious and enters the palace to achieve her dreams.

The three characters will portray the imposing power of women standing in the center of Joseon politics and add tension to the plot.

The newly released photos show Yoo Jung, Choi Ga Yeon, and Cho Yeon Hee exuding similar auras. First off, Yoo Jung steals the spotlight with her elegant and pure appearance as she stands straight and tall in her blue dress. Choi Ga Yeon shows both gentle and icy charms as she tilts her head slightly upwards, and Cho Yeon Hee looks naive, but her eyes sparkle with determination. The three women have their own personalities and goals, but they are all wearing solemn expressions that hint they will do anything to survive the fierce power struggles that sweep through the palace. 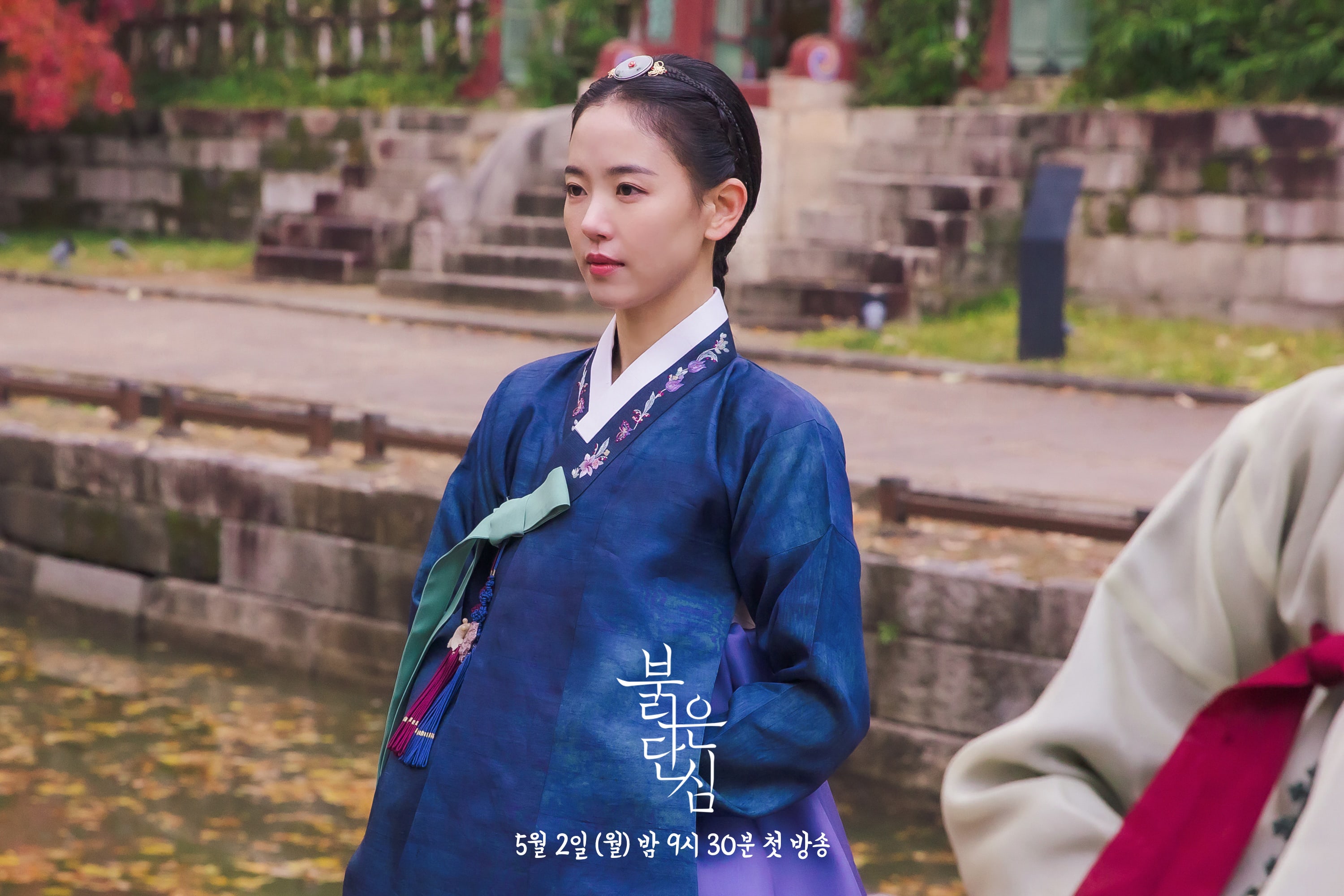 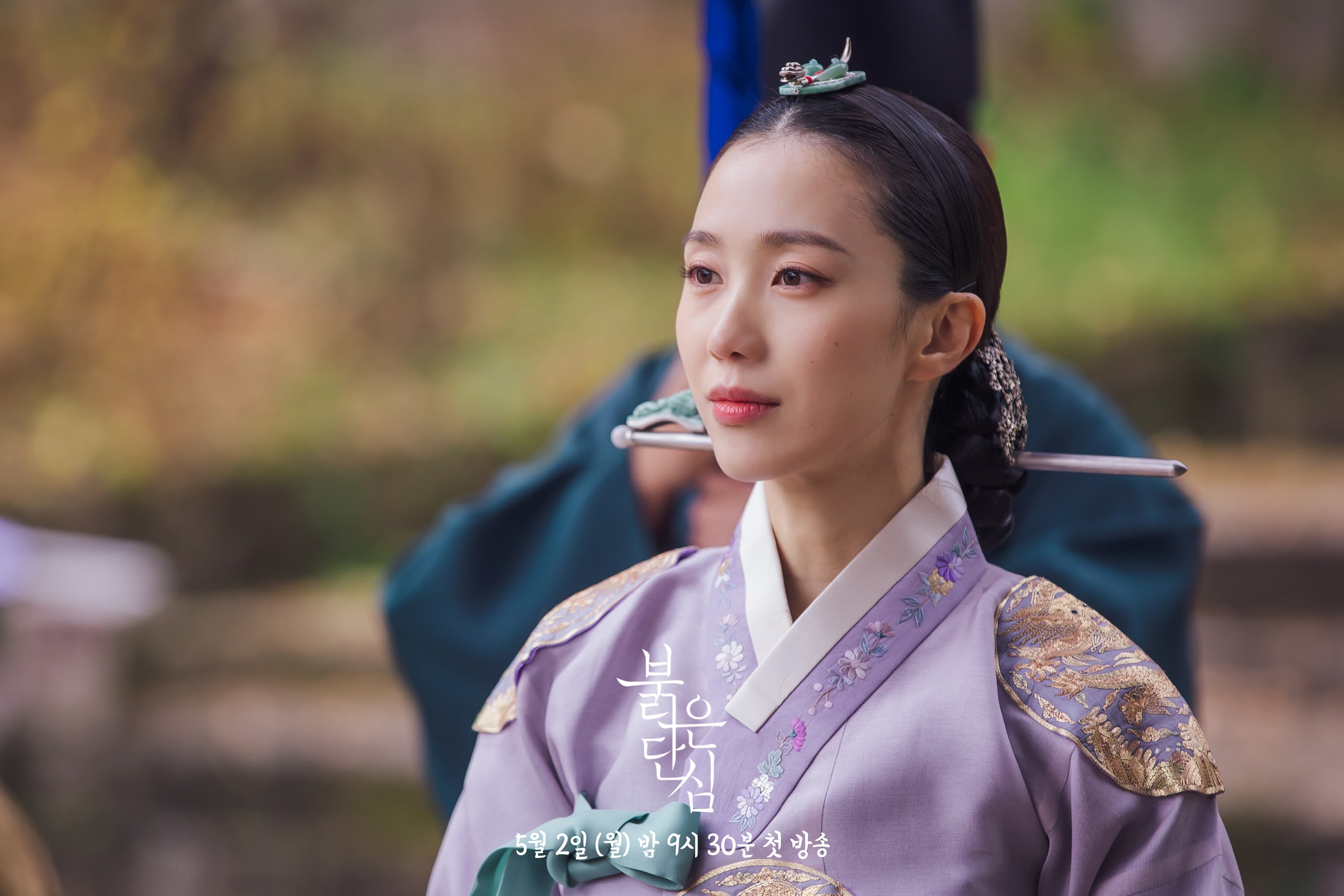 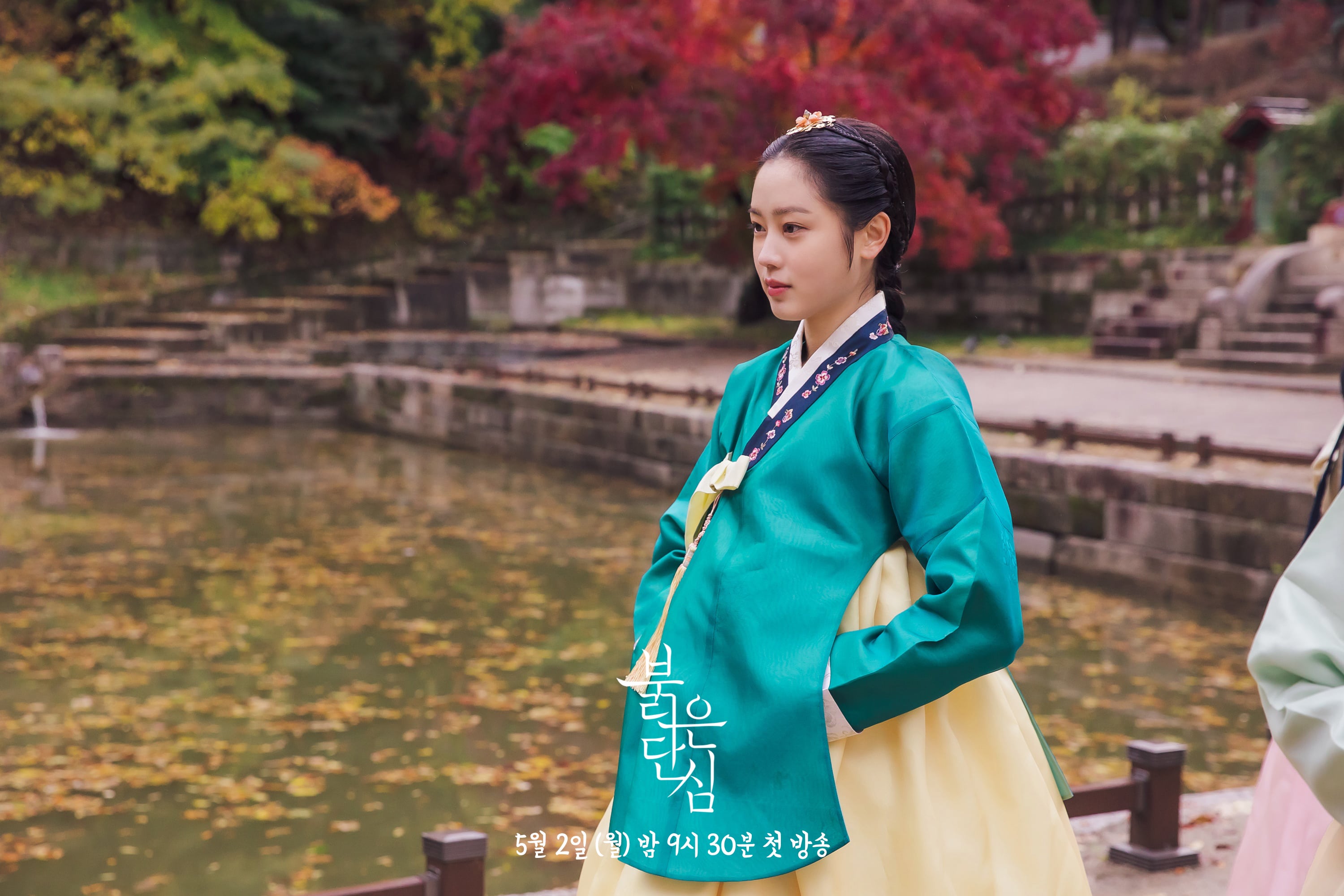 The production team remarked, “Kang Han Na, Park Ji Yeon, and Choi Ri are creating fantastic synergy with their attractive characters. We will make an effort to convey what Yoo Jung, Choi Ga Yeon, and Cho Yeon Hee are devoted to and the passion of these three characters who are closely unraveling their inner selves. Please look forward ‘Bloody Heart,’ which will be filled with fun things to see and exciting developments.”

Watch Choi Ri in “Come and Hug Me” below: