Will Cha Seung Won and Lee Jung Eun’s story end in tragedy on tvN’s “Our Blues”?

Lee Jung Eun stars in the drama as Jung Eun Hee, a fish shop owner who is unexpectedly reunited with her first love after 30 years, while Cha Seung Won plays Jung Eun Hee’s first love Choi Han Soo, who returns to his hometown of Jeju a changed man after years of city life.

Previously on “Our Blues,” Choi Han Soo was revealed to be struggling financially after having gone to extreme lengths—even selling his house—to pay for his daughter’s golf training abroad. When he crossed paths with Jung Eun Hee, who was supporting her family after having become a successful breadwinner, he was both envious and admiring of her success as an entrepreneur.

Although Choi Han Soo initially hoped to ask her to lend him some money, he soon became conflicted. Not only did he feel apologetic to Jung Eun Hee, who was clearly excited to be seeing her first love again after many years, but part of him also wanted her to keep remembering him as the cool dreamboat from her high school memories.

In newly released stills from the drama’s upcoming episode, Choi Han Soo is visibly tormented as the unwitting Jung Eun Hee blissfully enjoys their nostalgic trip to Mokpo. Even as they take a leisurely walk with some cotton candy, Choi Han Soo can’t hide his internal struggle, wearing a pained expression as he wraps his arm around Jung Eun Hee’s shoulders.

Meanwhile, back in Jeju, Jung Eun Hee’s friends become worried about her. After hearing that Choi Han Soo has been asking around to borrow money, they attempt to get in touch with her—and when they’re unable to get ahold of her, they fall into a panic as they discuss what they should do next. 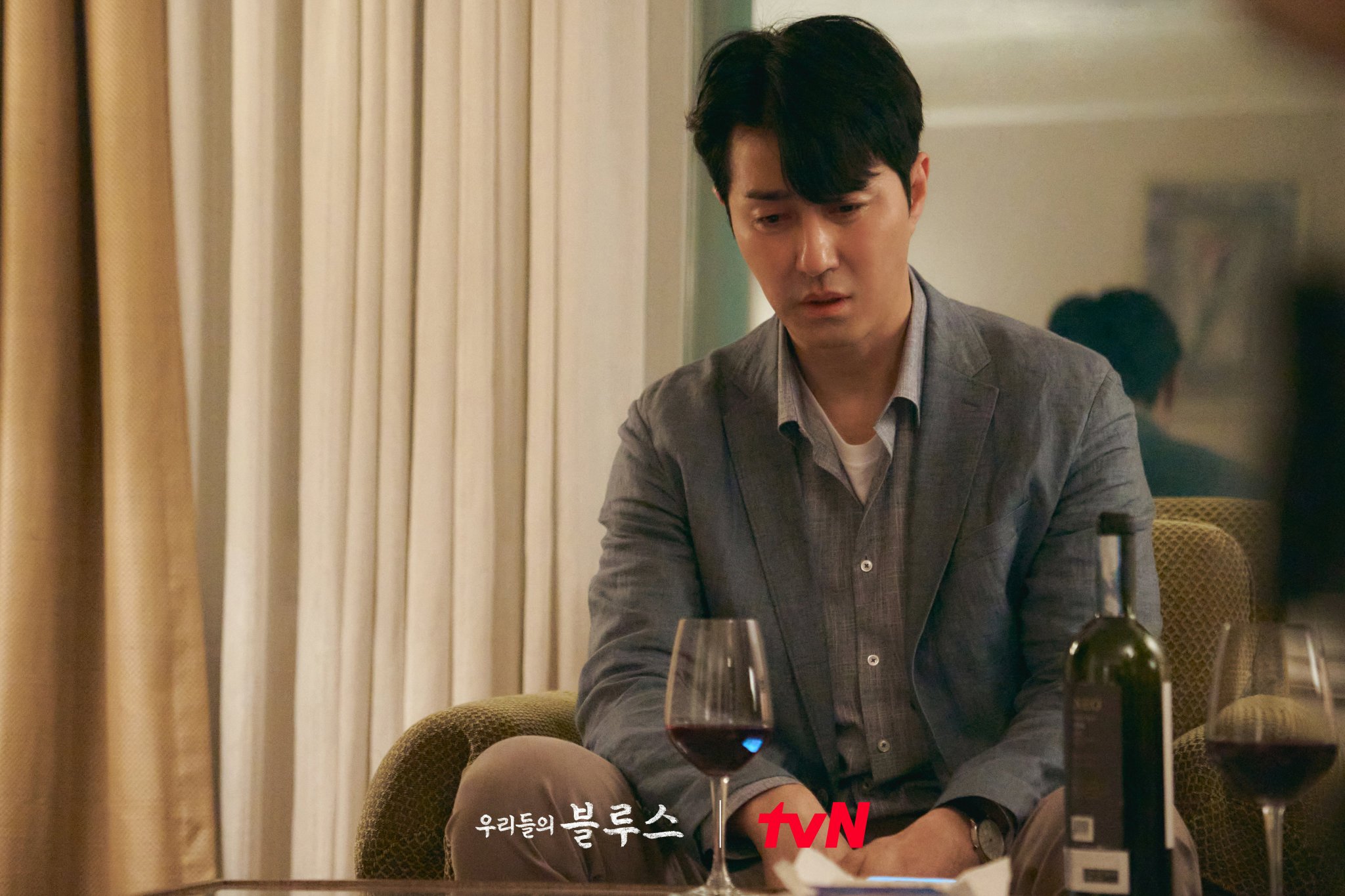 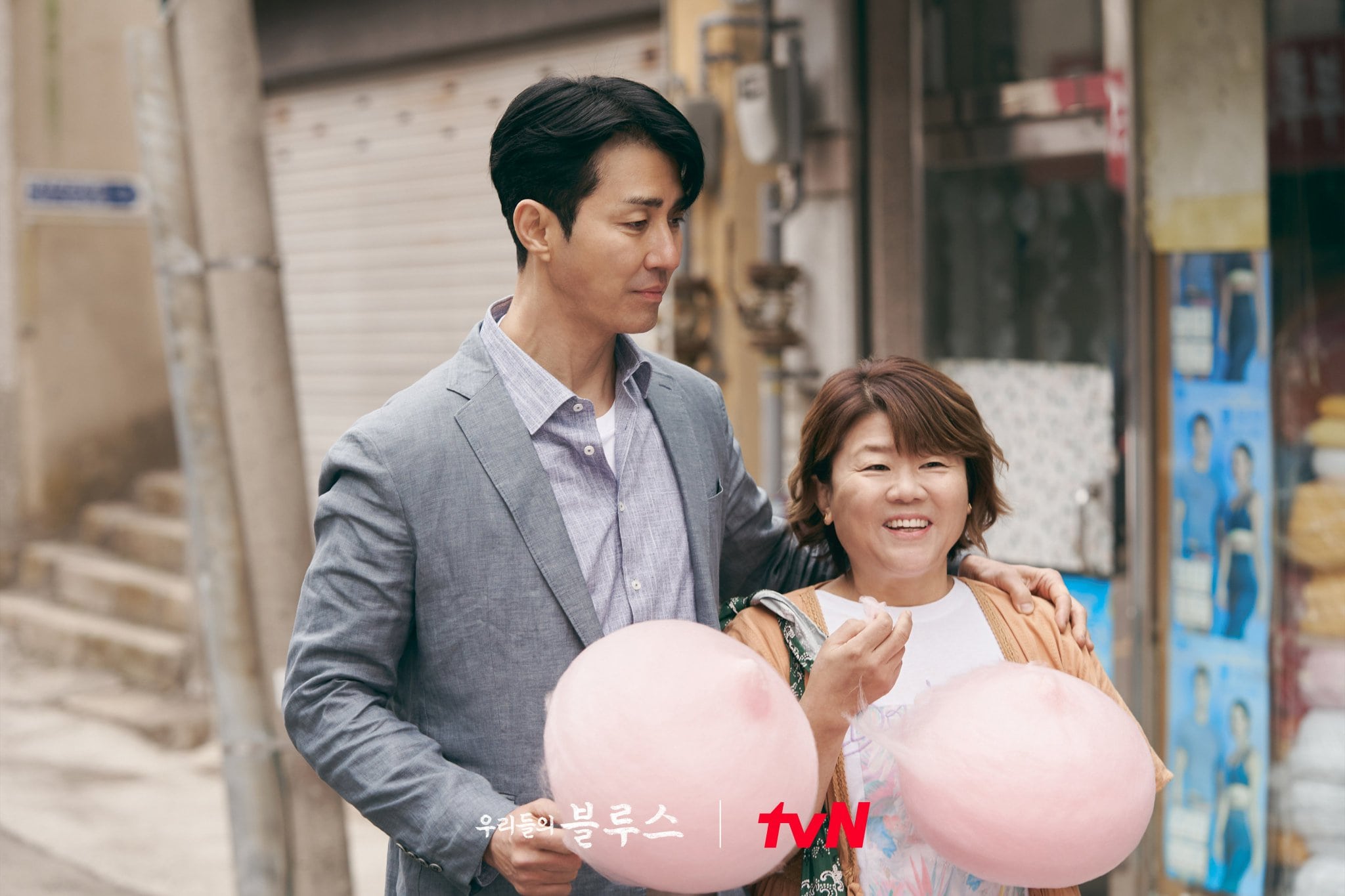 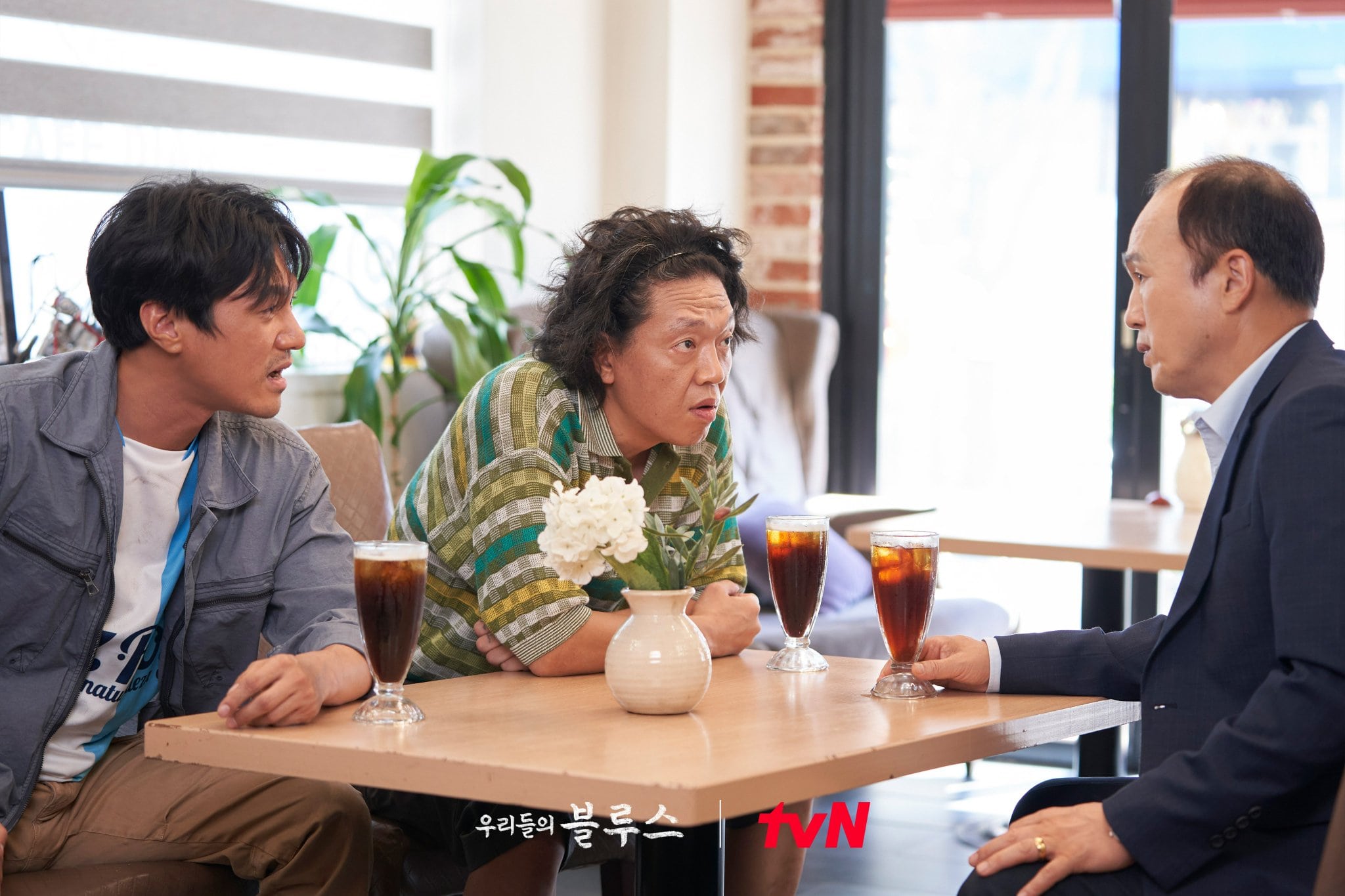 The producers of “Our Blues” remarked, “To find out how Han Soo and Eun Hee will live on in each other’s memories after the end of their nostalgic trip, please stay tuned until the end of their story.”

They went on to praise the two leads’ acting, commenting, “Cha Seung Woo and Lee Jung Eun, who transformed into Han Soo and Eun Hee themselves, fully immersed themselves in their characters’ emotions and acted out every single detail, from the look in their eyes to even the wrinkles in their expressions. Please look forward to the two actors’ passionate acting in the story of Han Soo and Eun Hee, which will linger with you long after [its ending].”

In the meantime, watch Lee Jung Eun in “Once Again” with subtitles here…

Cha Seung Won
Lee Jung Eun
Our Blues
How does this article make you feel?