Kim Hae Sook will be making a rare visit to Earth in the next episode of MBC’s “Tomorrow”!

Based on the hit webtoon of the same name, “Tomorrow” is a new drama starring SF9’s Rowoon as Choi Joon Woong, a mortal who gets into an unfortunate accident while struggling to find a job. As a result, he crosses paths with grim reapers Goo Ryun (Kim Hee Sun) and Lim Ryoong Goo (Yoon Ji On), who work together to save the lives of those who are contemplating suicide, and he winds up joining their team in the underworld as their youngest member.

Previously on “Tomorrow,” the Crisis Management Team successfully stopped Kang Woo Jin (WINNER‘s Kang Seung Yoon) from taking his own life. The preview for the next episode showed their next case is a former war veteran named Lee Young Cheon (Jeon Mu Song).

Newly released stills capture a solemn moment from the upcoming broadcast. The Jade Emperor (Kim Hae Sook), the president of Joomadeung, has made her first appearance on Earth. She’s assisted by an army of grim reapers, and her dignity and charisma could be felt from her firm expression and upright posture. In addition, Goo Ryun, Lim Ryoong Goo, and Choi Joon Woong are all dressed in black, and their neat appearances hint something serious is happening. Choi Joon Woong tries to hold back his tears while saluting someone, while Lim Ryoong Goo attempts to maintain a poker face. Goo Ryun’s eyes are also filled with tears, and their sorrowful expressions make viewers’ hearts ache. 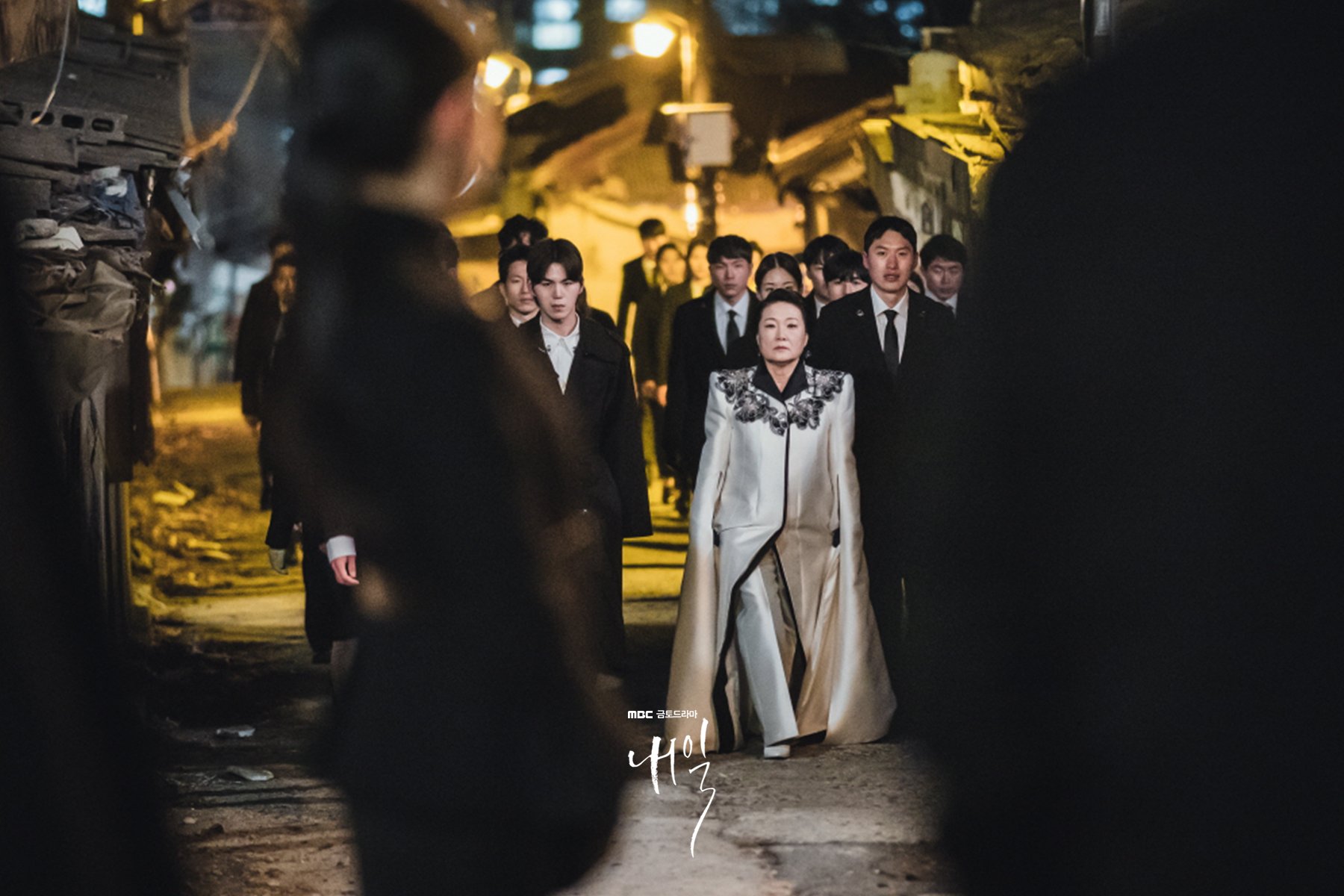 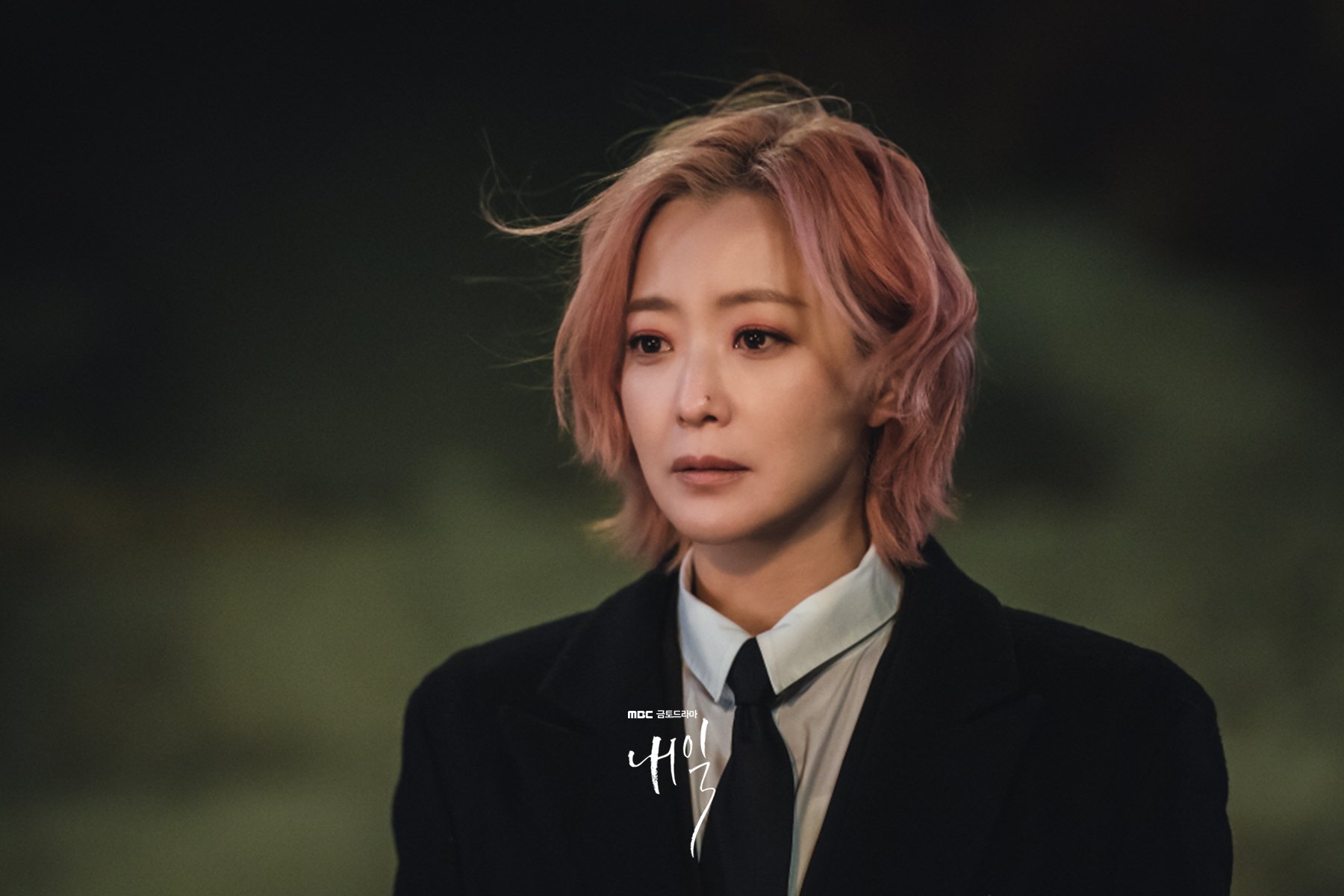 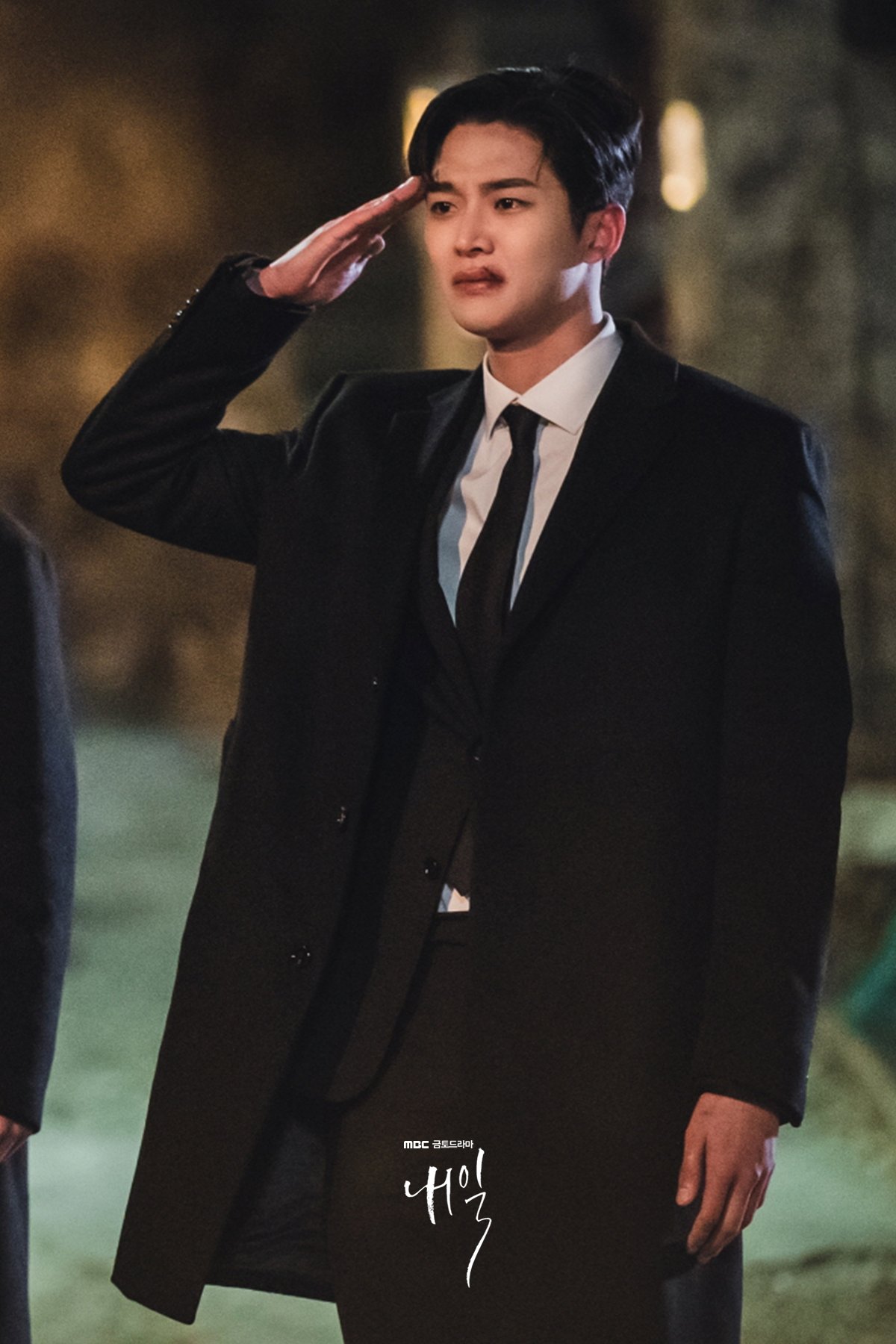 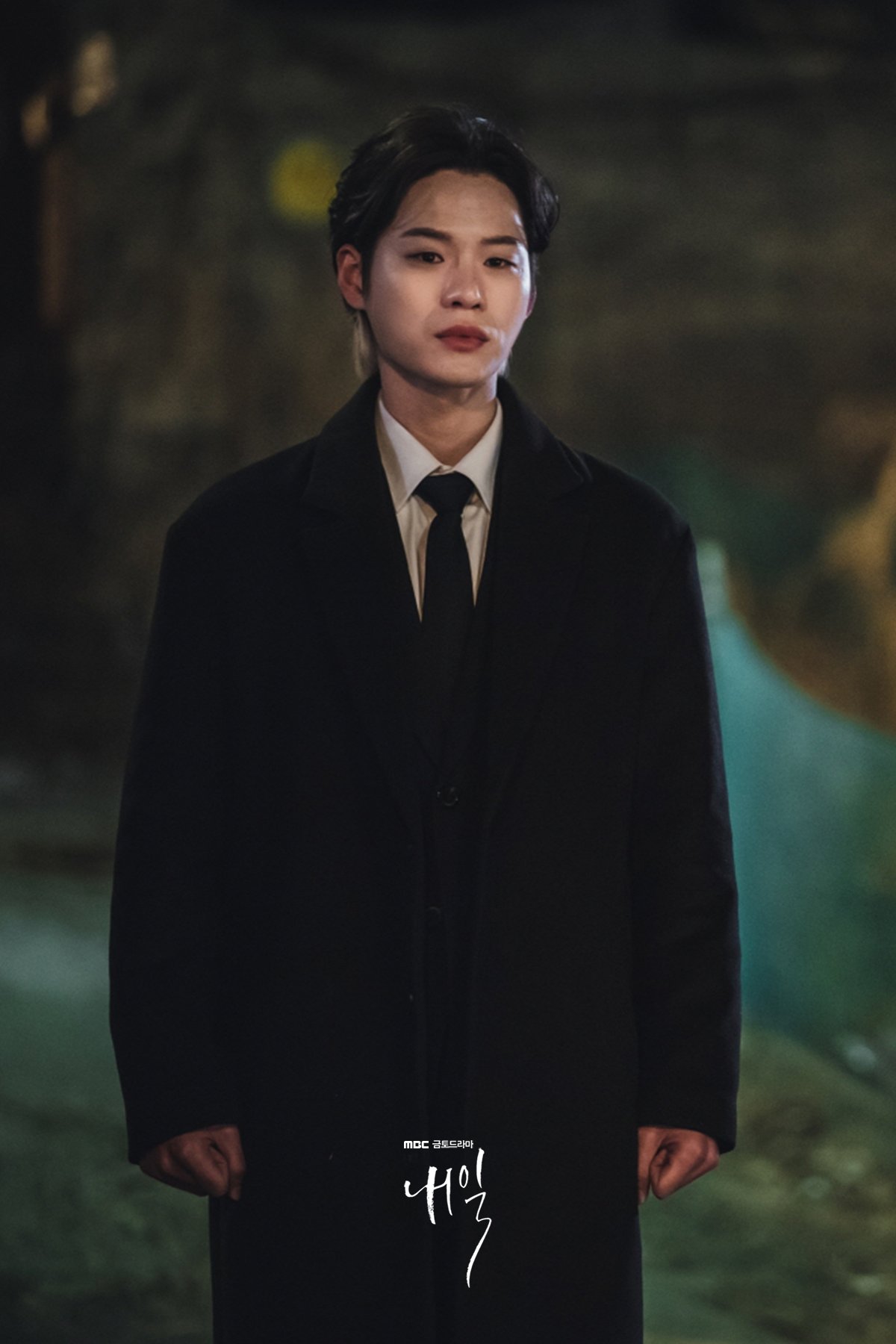 To find out why the Jade Emperor visited Earth and why the grim reapers are filled with sadness, tune in to the next episode of “Tomorrow” on April 16 at 9:55 p.m. KST.

In the meantime, watch Yoon Ji On in “Memorist”: