On the latest episode of “2 Days & 1 Night Season 4,” Han Ga In talked about some of the most memorable gifts she gave Yeon Jung Hoon while they were dating!

The April 17 broadcast of the KBS variety show continued to follow the “2 Days & 1 Night Season 4” cast on their special trip together with Yeon Jung Hoon’s wife Han Ga In.

After watching the couple interact all day, VIXX’s Ravi confessed to Na In Woo and DinDin while getting ready for bed, “I think today was the first time that I felt envious of someone else’s relationship.”

“I’ve never seen that kind of relationship with my own two eyes before,” he continued. “I felt envious… just seeing the fact that he has that kind of healing presence in his life that he can depend on.”

Na In Woo chimed in, “I was so envious of the fact that they had their arms linked the entire time they were walking together.” 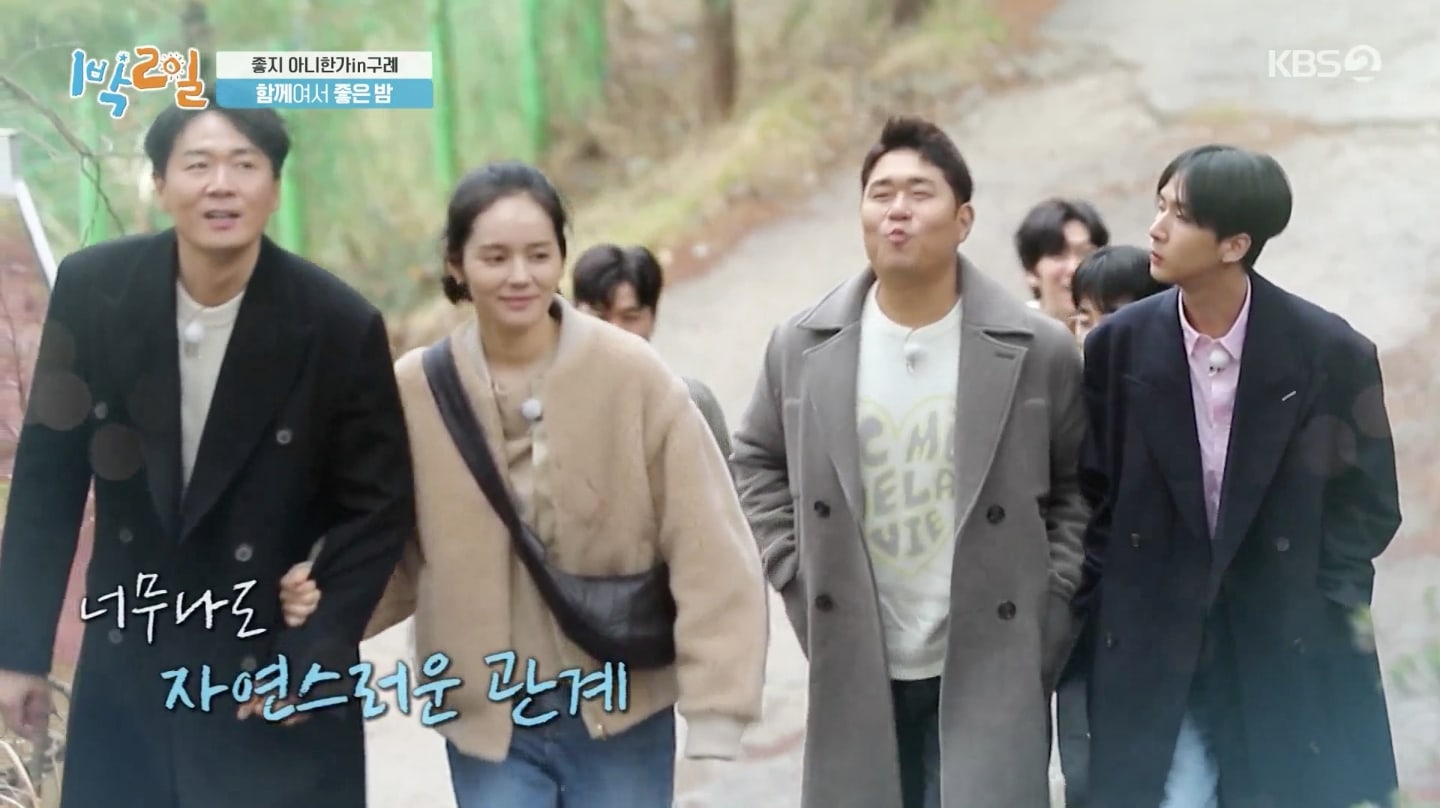 The next day, during a car ride, Moon Se Yoon asked if they had any cute stories about gifts they’d exchanged back when they were dating. Yeon Jung Hoon responded by sharing, “My wife once wrote me a bunch of letters and arranged them in the shape of a cake.”

“I wrote a letter for every day, and then I put them together to make a cake,” Han Ga In explained. “I also once made a cake for [Yeon Jung Hoon] in the shape of a car, since he likes cars, and I decorated it with his name and age before giving it to him.”

The actress also told the story of a gift that her husband had been far less excited about. “[Yeon Jung Hoon] is really scared of dragonflies,” said Han Ga In, “and I’m a really mischievous person. So when a dragonfly happened to land on the hood of my car, so I stopped the car and caught it. Then I put it in a box and gave it to him as a gift.” Yeon Jung Hoon jokingly recalled with a laugh, “I nearly called off our engagement.”

Han Ga In added, “He really hates them,” and Yeon Jung Hoon explained, “It’s because I was once bitten by one as a kid.” 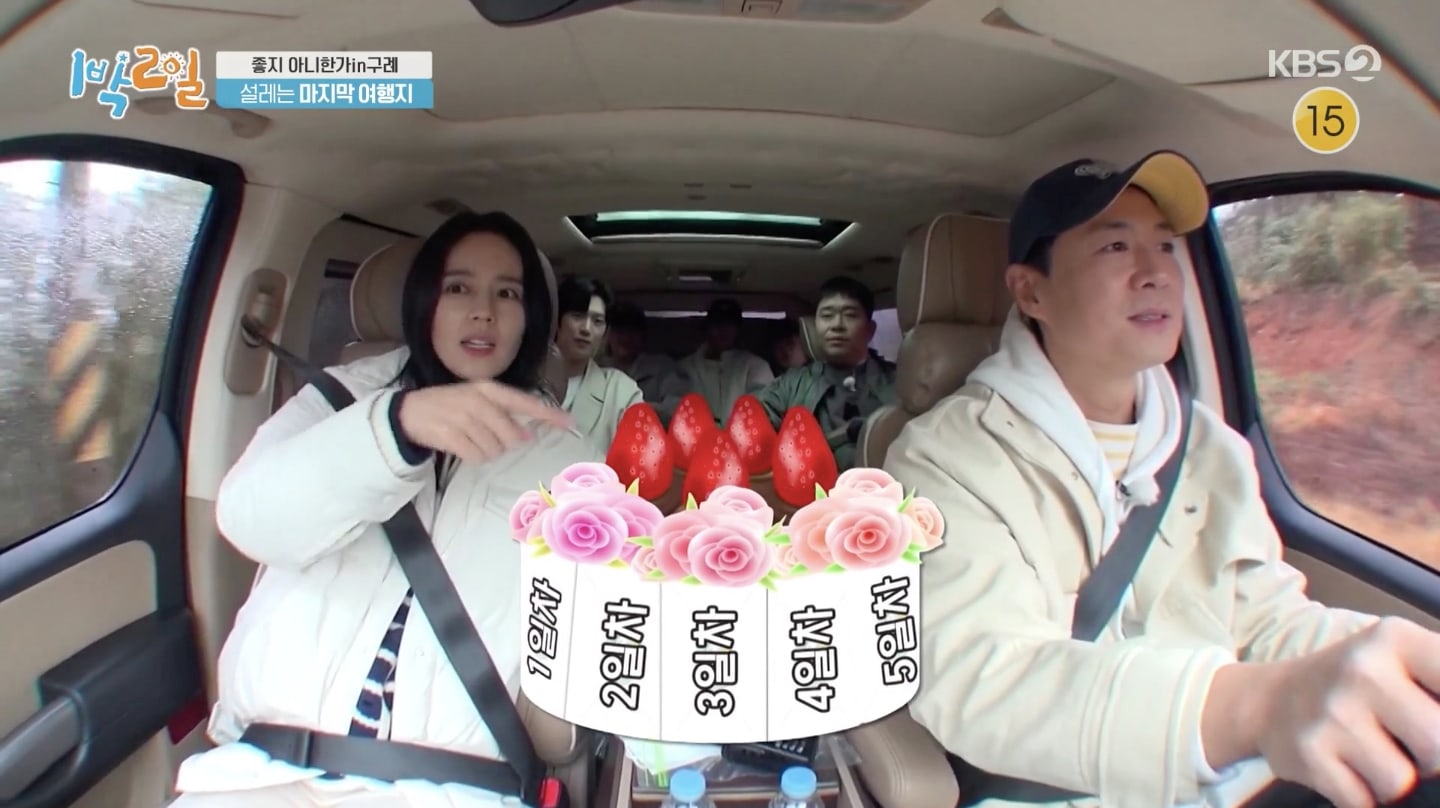 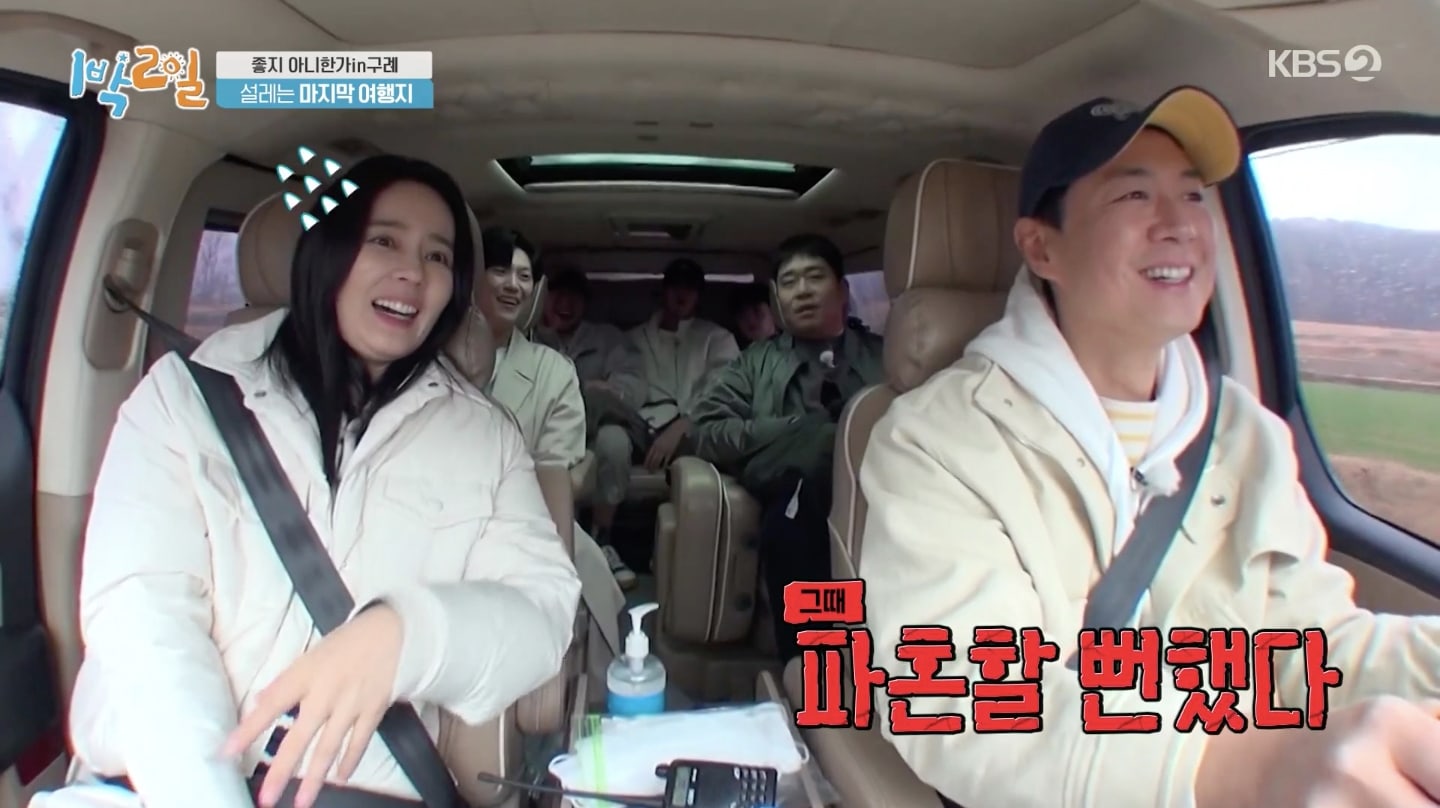