9 Korean Movies We Wish Could Be Made Into K-Dramas

Sometimes when we watch a Korean movie, we wish it could be made into a K-drama. The reason for this is because it’s so good that we want to see it drawn out into a long series so we can cherish what was great about the movie. Films that have a lovable and charming cast, a compelling storyline, and sometimes even the cinematography make you hope for more. Here are nine movies that we wish could be made into K-dramas. 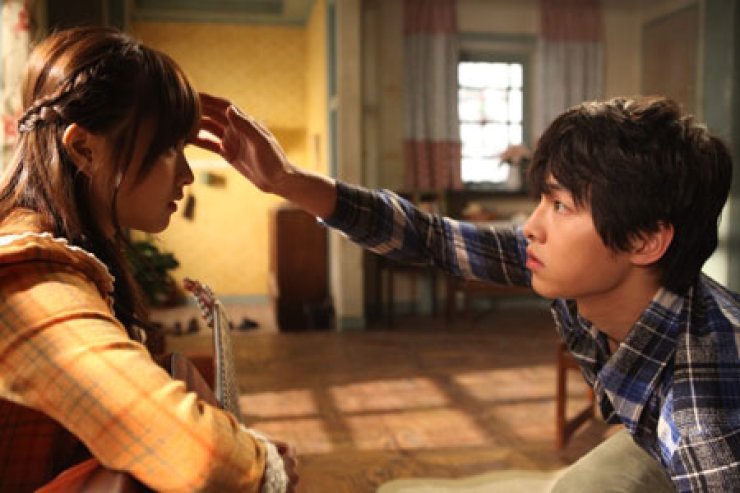 This fantasy love story starring Song Joong Ki and Park Bo Young tells the tale of a lonely girl and a werewolf boy. Park Bo Young plays the beautiful teenage girl by the name of Soon Yi, who moves to the countryside with her family because of her sickness. She meets a feral boy named Chul Soo, played by Song Joong Ki, whom she helps adjust to civilian life.

No one would have guessed that a movie about a werewolf and a woman falling in love with each other could have worked, but “A Werewolf Boy” ended up being screened at various film festivals and has also chalked its way up to being one of the most successful Korean melodrama flicks of all time. This success is a testament to the plot but also the beautiful chemistry displayed by Park Bo Young and Song Joong Ki. The innocence in which their love story unfolds, and the heartbreak that follows is one that deserves to be told in more than a couple hours. Seeing their story and acting in a full series would be a complete delight and blessing! 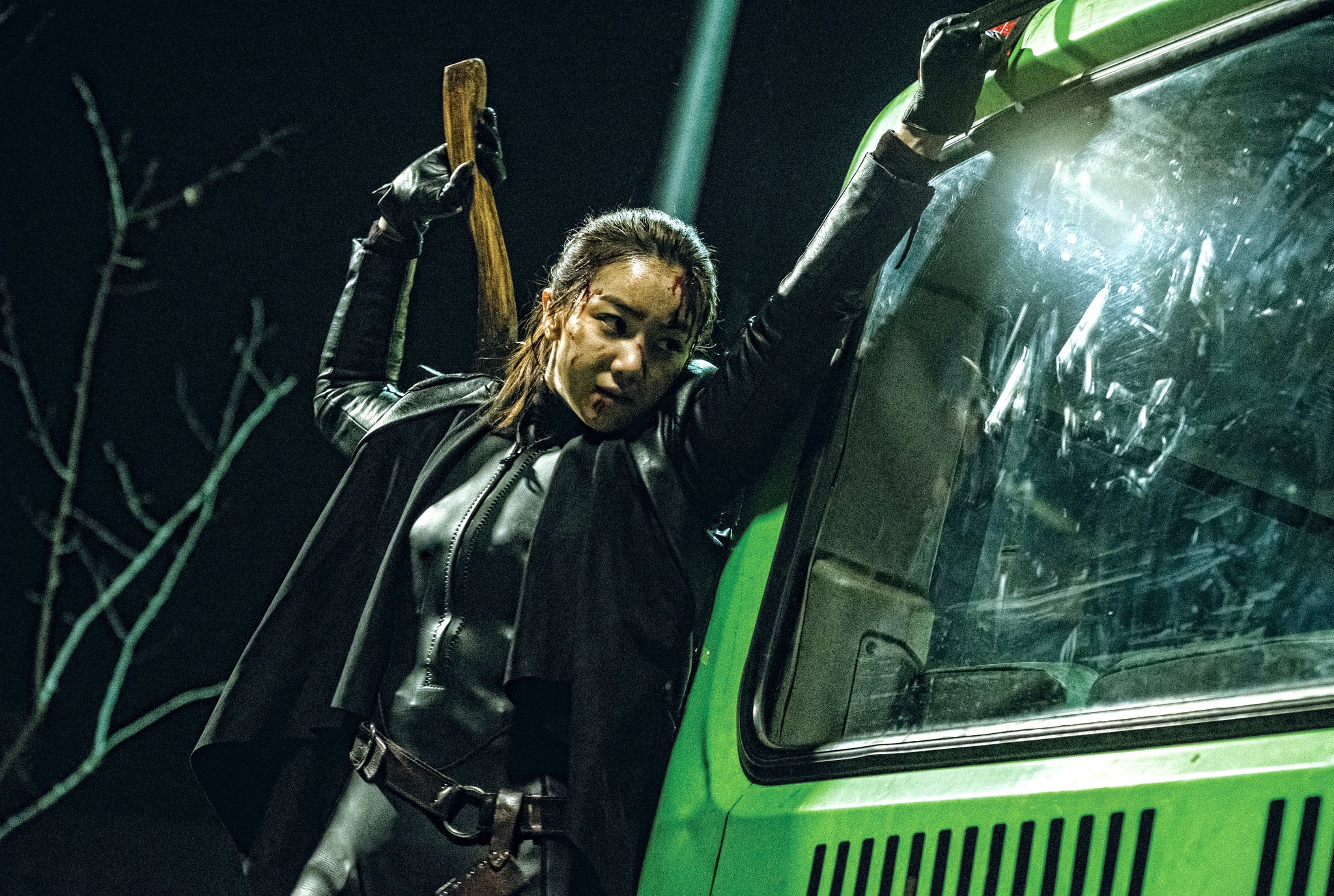 “The Villainess” stars Kim Ok Bin as Sook Hee, a ruthless assassin. She was raised in China, which is also where she learns her fighting abilities. She goes to South Korea and hopes to start a new life, but is unfortunately met with some enemies.

There is nothing better than seeing a badass female lead bringing down the bad guys. Kim Ok Bin’s action sequences as well as her mysterious character generated a lot of buzz and fans. It’s rare to see a female lead in action K-dramas, especially one who is engaging in all of the fight scenes, so it would have been amazing for “The Villainess” to be developed into a full blown series. There is a lot left to be answered in terms of her background, and we could also use a lot more of those crazy fight scenes! 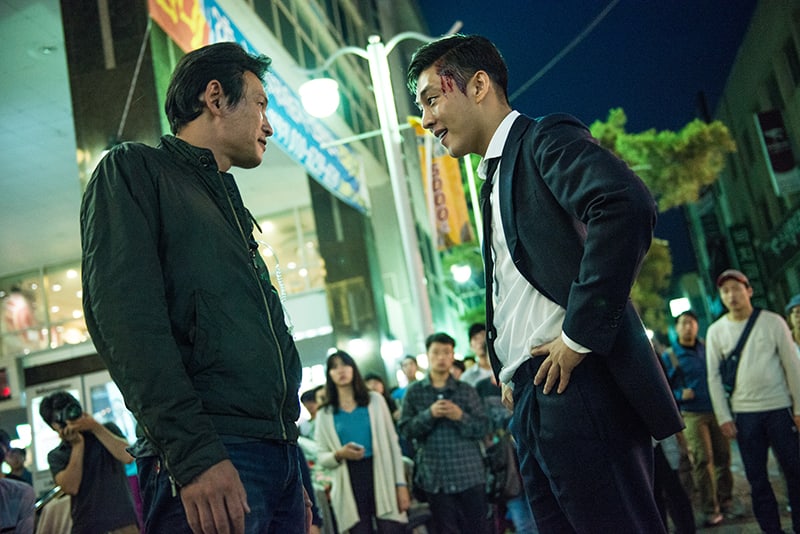 Hwang Jung Min plays Seo Do Cheol, a detective who is trying to take down a large conglomeration. The film also stars Yoo Ah In as Jo Tae Oh, a villain who is cold-blooded and will stop at nothing to get what he wants. The two come head to head, risking everything they have to bring the other down.

This movie was a huge success in Korea, and it was invited to various film festivals all over the world. The storyline is high-paced and when you have two all-star actors as the leads, you know you’re in for an epic watch. This film also marked one of Yoo Ah In’s most memorable roles, and his lines continue to be used and imitated on various shows. If we were able to get a full-fledged series on this dynamic duo, there would not be a single person who wouldn’t be watching! Their acting presence is just that strong.

4. “Along With the Gods: The Two Worlds” 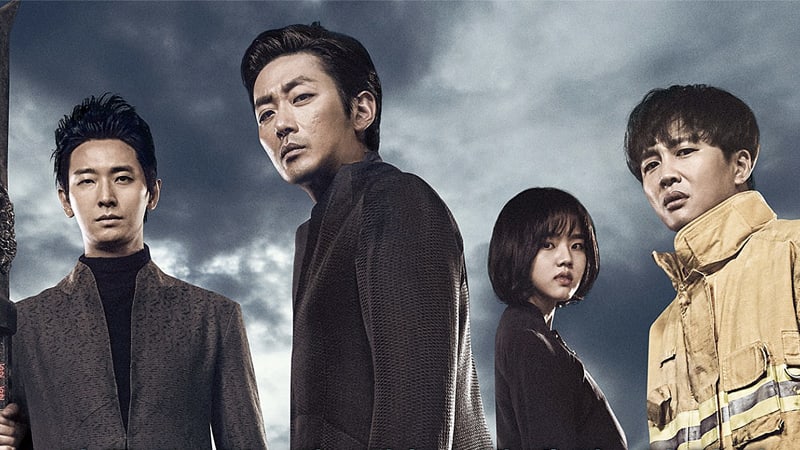 Taking place in the afterlife, three grim reapers, played by Ha Jung Woo, Kim Hyang Gi, and Joo Ji Hoon, guide a firefighter named Kim Ja Hong (Cha Tae Hyun), helping him for the next 49 days. They are to pass seven trials within those days, and if they are successful, he will be reincarnated. The grim reapers will also be one step closer into being reincarnated themselves.

“Along With the Gods: The Two Worlds” has such a unique concept, which is probably why it was so successful. The actors and the production value were all impeccably planned, making it one of the highest grossing movies of all time. Seeing this particular movie made into a K-drama series would be the first of its kind, and one that would keep viewers on the edge of their seats.

Check out “Along With the Gods: The Two Worlds”: 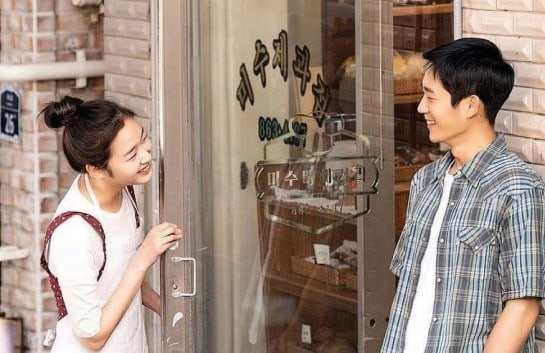 Kim Go Eun stars in this film as Mi Soo, a girl who helps run her parents’ bakery. When Hyun Woo (Jung Hae In) stumbles into their bakery and asks for a part-time job, the two soon fall in love, only to be separated several times as they achieve their dreams. Mi Soo and Hyun Woo finally find the perfect time to be with each other, but are torn when Hyun Woo’s past catches up with him.

Having this turned into a full K-drama series is really just an excuse to see more of this adorable couple. Seeing Kim Go Eun and Jung Hae In acting and promoting the movie together was like a dream come true. The two have flawless chemistry, and they genuinely looked like they had a great time filming the movie. Although “Tune In for Love” focuses on their respective journey in finding each other, seeing them fall in love and understand the true meaning of love in a 16 episode K-drama would be completely worthwhile. 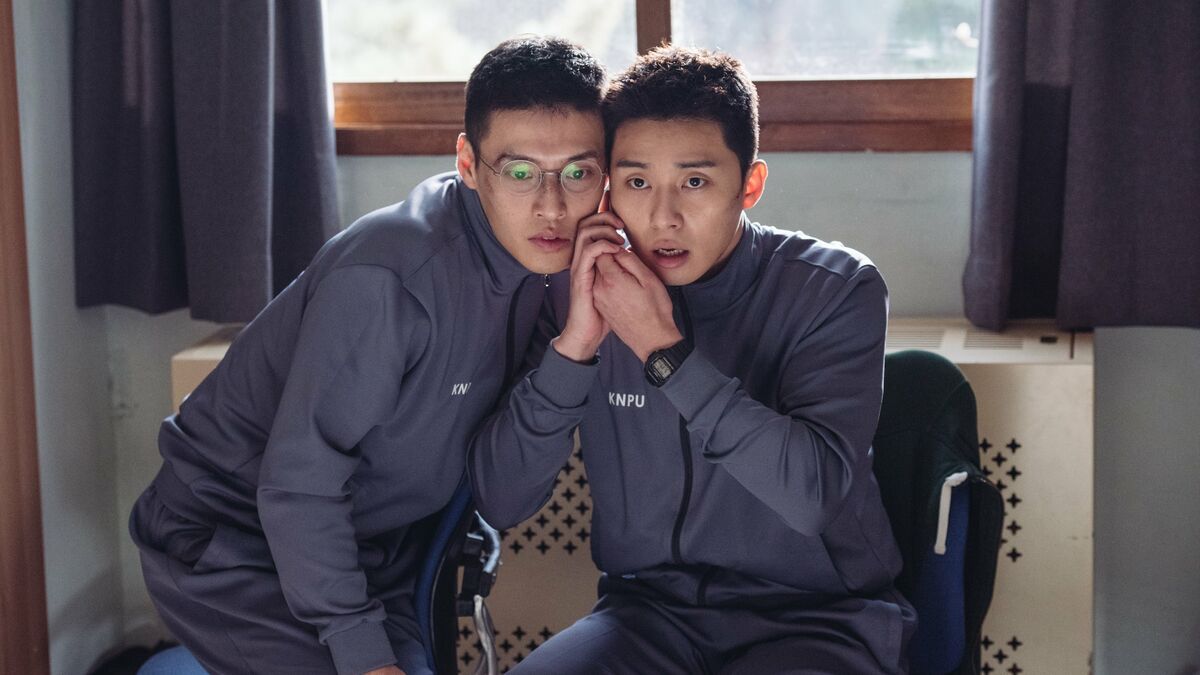 “Midnight Runners” stars Park Seo Joon as Ki Joon and Kang Ha Neul as Hee Yeol. The two characters are training to become police officers and are not exactly the most qualified for the job. They start off despising each other but quickly become best friends. When they find themselves witnessing a crime, they take it upon themselves to solve the case.

It would be amazing to see this movie made into a series as it stars both Park Seo Joon and Kang Ha Neul. It would be absolutely joyous seeing the two display their bromantic relationship in a full-out storyline. Their chemistry was so hilarious and adorable to watch that no one would complain in watching it for 16 episodes. The two were able to brilliantly show a different side of themselves that was both endearing and goofy. 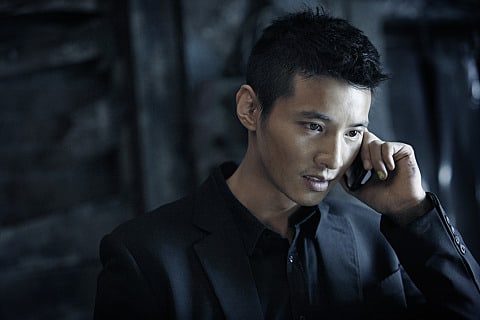 If we had known that this would be one of Won Bin’s last projects, we would have definitely benefited from seeing it drawn out into a full-length K-drama series. Seeing more of the back story of Cha Tae Sik and his wife from the beginning as well as more of those kickass fight scenes would have been amazing. There really wasn’t a boring part in the movie, so a K-drama series would also be just as satisfyingly action-packed.

Check out the film below: 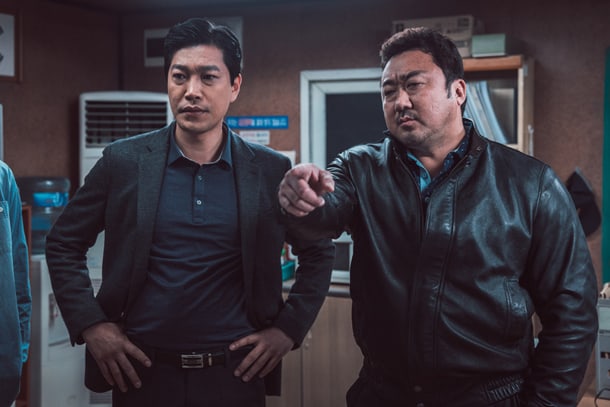 Ma Suk Do (Ma Dong Seok) is a detective who is trying to track down a group of men who are creating havoc in his neighborhood. There are loan sharks, run by Jang Chen (Yoon Kye Sang), who are ruthlessly killing people and are not afraid of anyone who gets in their way. Fortunately, there’s Ma Suk Do, who is fearless and always gets what he wants. He makes it his mission to take Jang Chen and his followers down.

“The Outlaws” was such a success in South Korea and even internationally that a sequel was recently released. Seeing Ma Dong Seok kick some criminal butt is exhilarating and fun to watch in any capacity, which is why this flick would have been thoroughly enjoyed as a series. There is also something about seeing Yoon Kye Sang in a villain role that I can’t get enough of. His acting is on point, and it is sad to have only seen him portraying this character in just one movie. 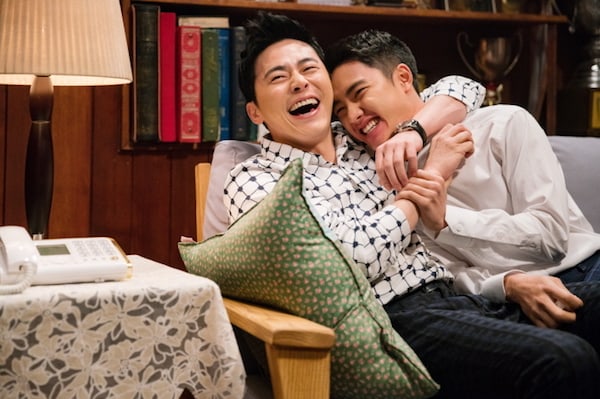 “My Annoying Brother” stars Jo Jung Suk and EXO‘s D.O. in a comedy about two brothers who have been through a lot. Go Doo Sik (Jo Jung Suk) has had a troubled past and has even gone to jail, leaving his little brother to fend for himself after their parents’ death. In a tragic Tae Kwon Do accident, Go Doo Young (D.O.) becomes blind and must live on his own. But Doo Sik shows up to their house one day after being released from jail and attempts to make amends with his brother.

There isn’t much further explanation needed when it comes to this movie. D.O. and Jo Jung Suk together in one movie was the magical duo we didn’t know we needed. Their chemistry and heartfelt relationship throughout the story will make you feel all kinds of emotional. By the end of it, you’re definitely left with wanting more. If this movie had been made into a K-drama, it would have been a delight seeing the two go from having a distant relationship to a close one by the end.

Hey Soompiers, are there any Korean movies you’d love to see in K-drama form? Let me know in the comments below!

Currently watching: “Pachinko,” “My Liberation Notes,” and “Our Blues”
All-time favorite drama: “Secret Garden” and “Star In My Heart.”
Looking forward to: Won Bin‘s return to the small screen.

Soompi Spotlight
Veteran
The Man from Nowhere
A Werewolf Boy
My Annoying Brother
The Villainess
Midnight Runners
Along With the Gods: The Two Worlds
The Outlaws
Tune in for Love
How does this article make you feel?