tvN’s “Military Prosecutor Doberman” has unveiled a preview of an intense trial in the upcoming episode!

In the previous episode, Pyun Sang Ho (Kim Yo Han), who was bullied by the other soldiers, finally blew up. Afraid that Sergeant Ma (Jang Young Hyeon) was going to go after his mom, Pyun Sang Ho started searching the base for him and ended up killing many soldiers in the process. He almost shot Noh Tae Nam (Kim Woo Seok) but remembered he was the only one who had treated him like a human being. Noh Tae Nam was eventually hospitalized along with the other injured soldiers, and the episode ended with him showing signs of post-traumatic stress disorder (PTSD).

The newly released stills share a glimpse of the heavy atmosphere of the court where the trial of the mass shooting case is underway. First, Do Bae Man and Cha Woo In are full of charisma in their prosecutor uniforms, and their expressions are serious and resolute. So far, the two characters have been relentlessly punishing those who deserved it. However, this time, they will feel the responsibility of having to implement justice.

In one still, Noh Hwa Young (Oh Yun Soo) looks shocked at something that happens during the trial, further piquing curiosity. She was the first one to race to the scene after getting her son’s call, so viewers are curious about how she will deal with this matter.

On the other hand, Noh Tae Nam’s expression is cloudy with resentment as he sits along with the rest of the surviving soldiers as a witness. He actually had some kind of bond with Pyun Sang Ho, who had taken good care of him, so it will be intriguing to see how this trial will change him. 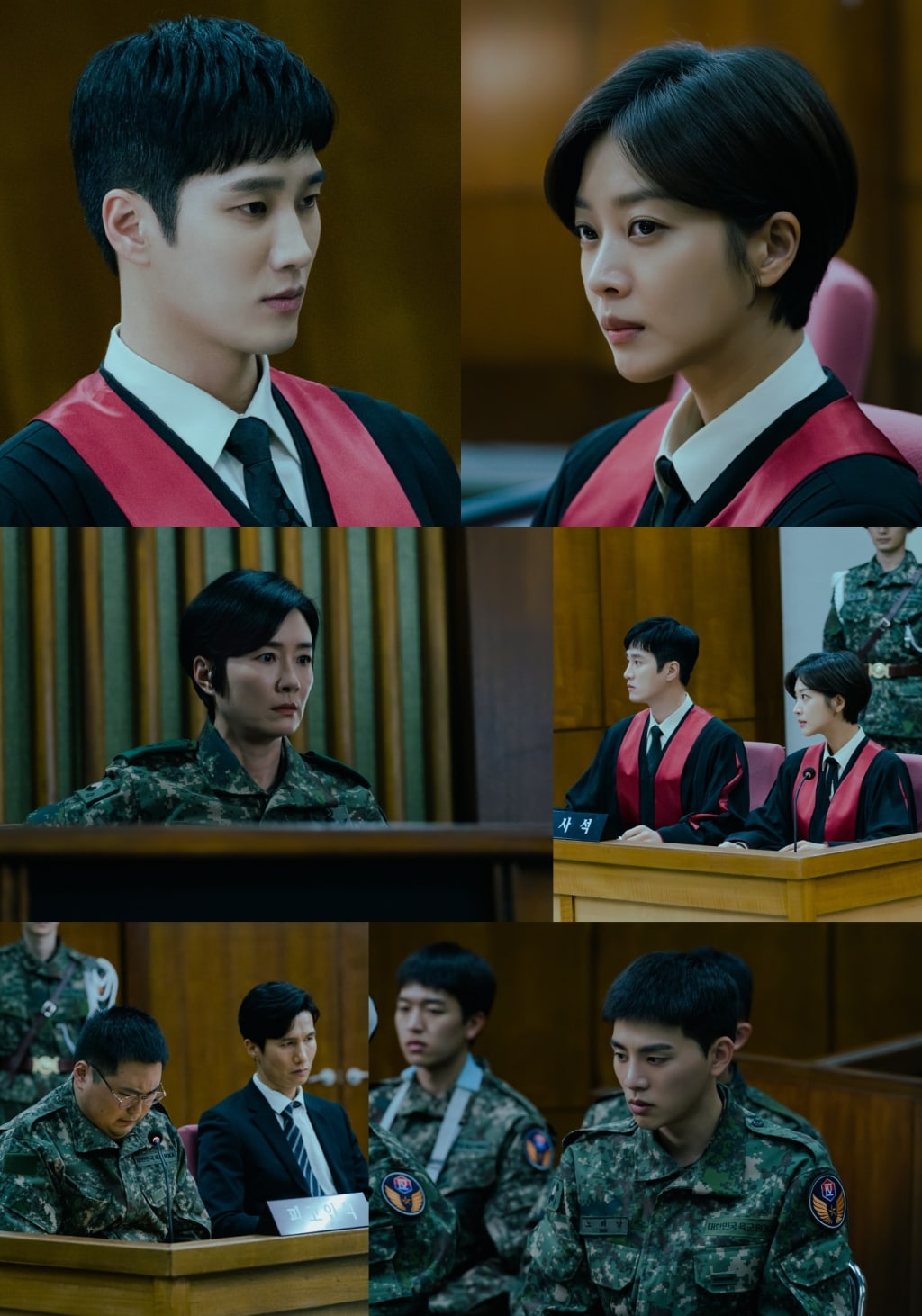 The drama’s producers hinted that this military trial will have a different kind of atmosphere from before and that there will be a variable that will shock everyone.

To find out what happens next, tune in to the next episode of “Military Prosecutor Doberman” that will air on April 19 at 10:30 p.m. KST.