Viewers are brimming with curiosity to find out about Kim Hee Sun’s past life in MBC’s “Tomorrow”!

Based on the hit webtoon of the same name, “Tomorrow” is a fantasy drama starring SF9‘s Rowoon as Choi Joon Woong, who gets into an unfortunate accident while struggling to find a job. As a result, he crosses paths with grim reapers Goo Ryun (Kim Hee Sun) and Lim Ryoong Goo (Yoon Ji On), who work together to save the lives of those who are contemplating suicide, and he winds up joining their team in the underworld as their youngest member.

Previously on “Tomorrow,” the Crisis Management Team showed off their excellent teamwork as they successfully stopped people from taking their own lives. The drama also gave a few glimpses here and there about Goo Ryun’s mysterious past, piquing curiosity about her heart-wrenching story. As the plot unravels, viewers can look forward to finding out more about Goo Ryun and how she ended up becoming a grim reaper,

On April 20, the production team shared a deeper look at Goo Ryun and the questions surrounding her. First off, it was revealed that her trademark red eye shadow originally came from her past lover. Back when Goo Ryun was an innocent mortal, her beloved applied it on her eyes and said it looked good on her. Secondly, a young Goo Ryun was spotted heading towards her marriage ceremony, but the scene of the actual event wasn’t shown. Furthermore, an older Goo Ryun engaged in a bloody physical fight with a figure who hasn’t been unveiled yet. In the present, Goo Ryun has a broken red string around her wrist, and other grim reapers also describe her as someone from hell, leading viewers to wonder if she had previously taken her own life. 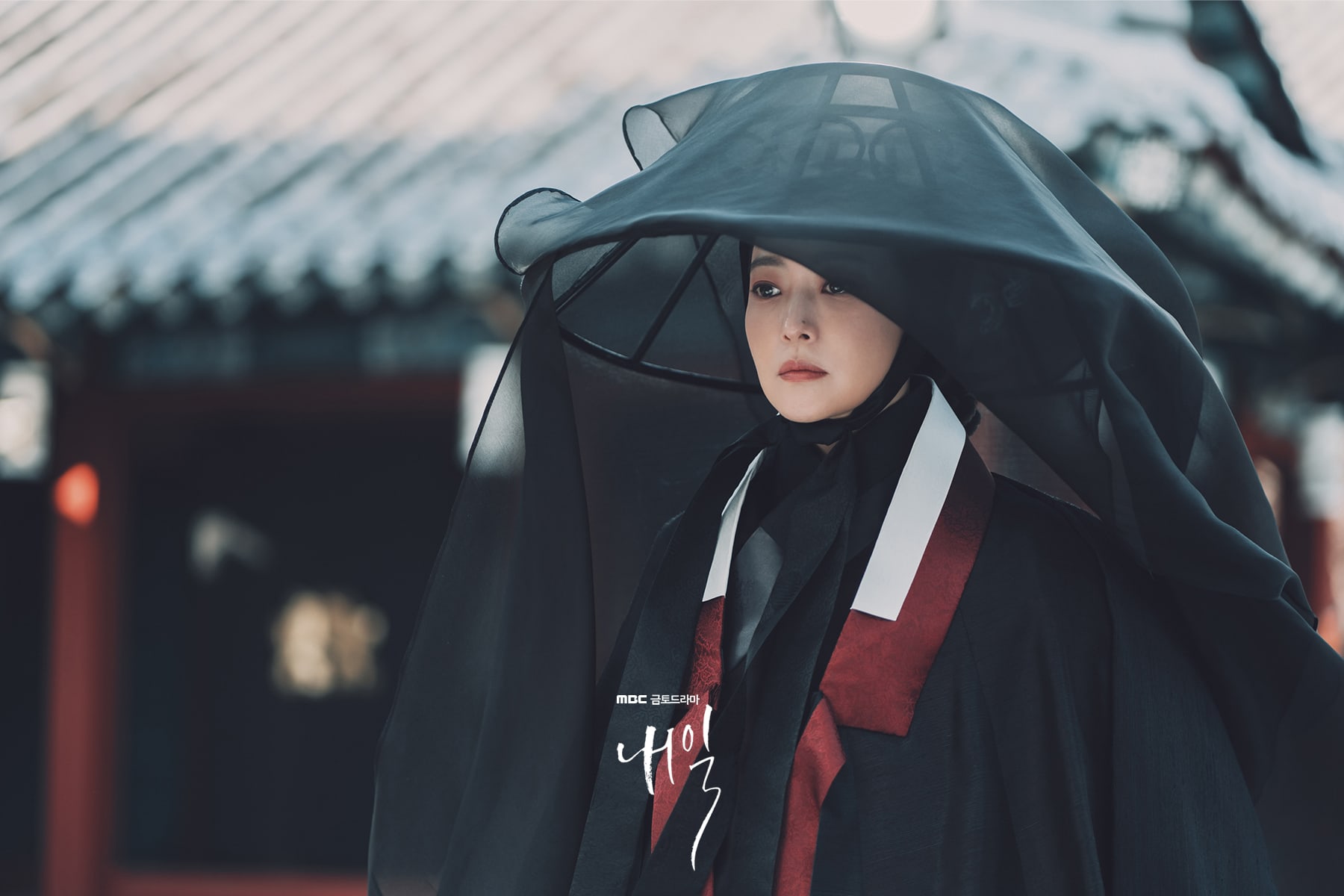 One thing the viewers are anticipating to find out more about is the relationship between Goo Ryun and Park Joong Gil (Lee Soo Hyuk), the leader of the elite Guiding Management Team at Joomadeung. The two previously worked together on the Guiding Management Team, but after she became the head of the Crisis Management Team, they’ve been butting heads over their different perspectives regarding suicide. However, unlike Park Joong Gil, who always treats her with icy fury, Goo Ryun’s eyes are filled with sadness whenever she sees him.

In the previous episode when Goo Ryun stayed next to a dying war veteran to watch his last moment, Park Joong Gil gave her a small smile, saying, “You’ve changed a lot.” They seem to have a long history together, and some viewers are wondering if they were connected to each other in their previous lives. 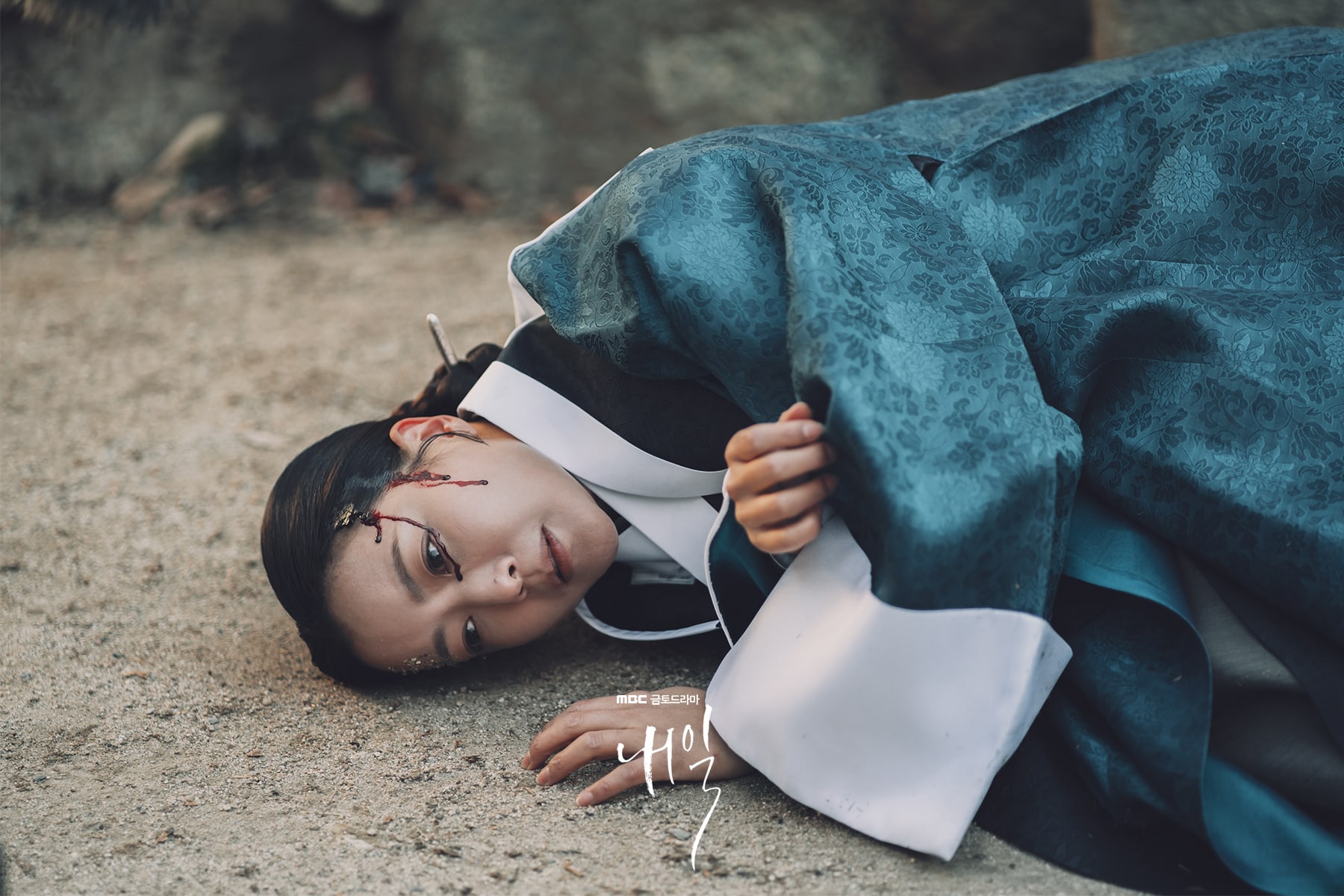 Last but not least, it will be intriguing to find out more about the relationship between Goo Ryun and the Jade Emperor (Kim Hae Sook).The Jade Emperor is the one who brought Goo Ryun out of hell and offered her a job at Joomadeung. She said, “In the distant future, someone you must save will appear. Stop their death if you want to get what you desire.” Who does Goo Ryun need to save, and what is the real reason she has become a grim reaper?

To learn the answers to these questions, tune in to “Tomorrow,” which airs every Friday and Saturday at 9:55 p.m. KST.

In the meantime, watch Kim Hee Sun in “Angry Mom“: