Get ready for a catastrophic job interview on the next episode of MBC’s “Tomorrow”!

Based on the hit webtoon of the same name, “Tomorrow” is a new drama starring SF9’s Rowoon as Choi Joon Woong, a mortal who gets into an unfortunate accident while struggling to find a job. As a result, he crosses paths with grim reapers Goo Ryun (Kim Hee Sun) and Lim Ryoong Goo (Yoon Ji On), who work together to save the lives of those who are contemplating suicide, and he winds up joining their team in the underworld as their youngest member.

In newly released stills from the drama’s upcoming episode, the Crisis Management Team heads to a job interview at a beauty company in order to keep a close eye on one of the employees there. However, Choi Joon Woong is the only member of the trio who’s ever actually been to a job interview before—and it shows.

One of the photos captures Goo Ryun clenching her fists as she tries to contain her anger during the interview, with Lim Ryoong Goo seemingly similarly upset as he glares at the interviewer in disbelief. Meanwhile, Choi Joon Woong turns nervously to his fiery co-workers as if hoping to allay their anger.

The next photos prove that his efforts are futile: before he knows it, the problematic interviewer finds himself on the ground, staring up in shock and fear at a displeased Goo Ryun. But even as Choi Joon Woong rushes to the interviewer’s aid, he secretly sends Goo Ryun a thumbs-up sign behind his back, furtively expressing his approval of her outburst. 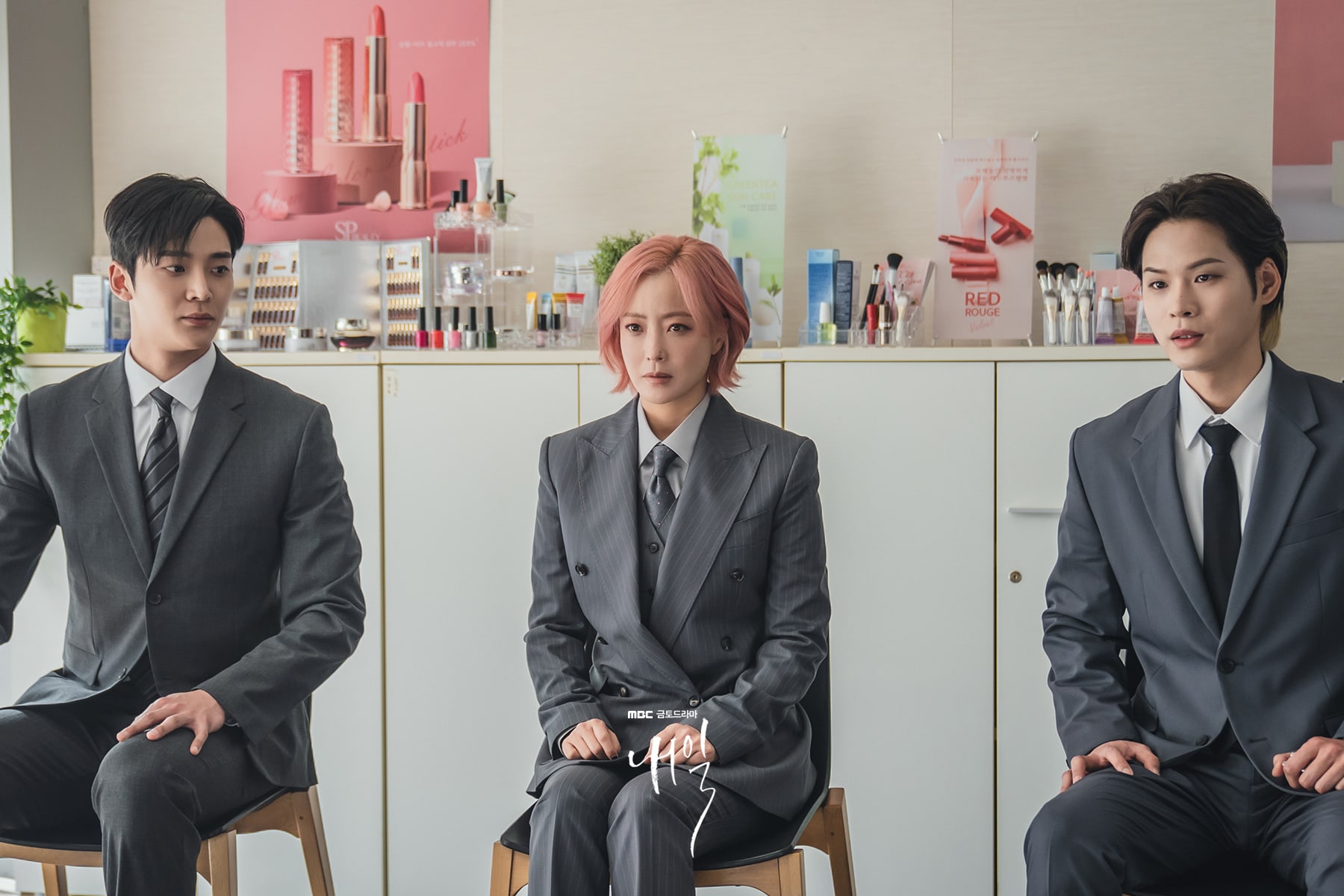 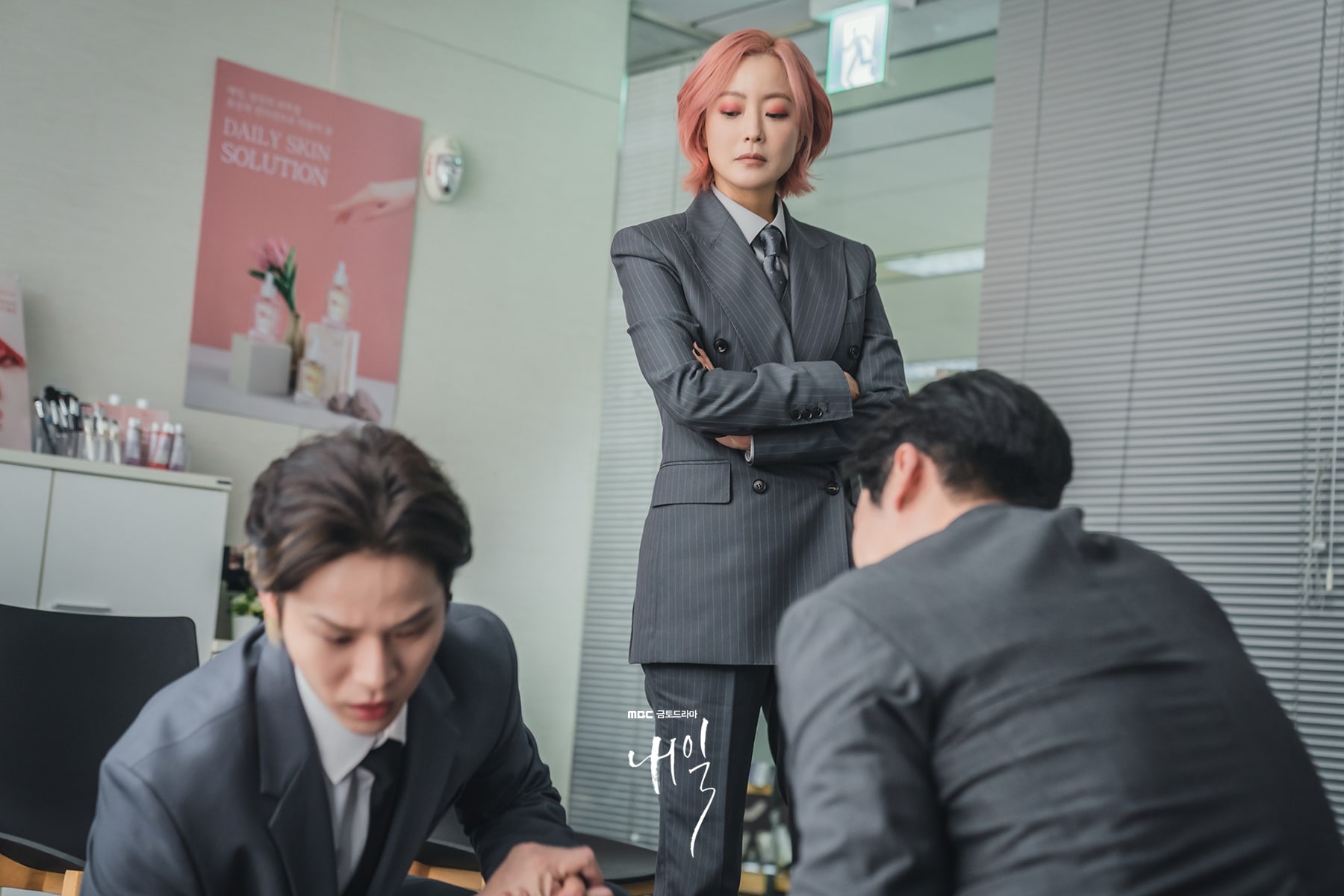 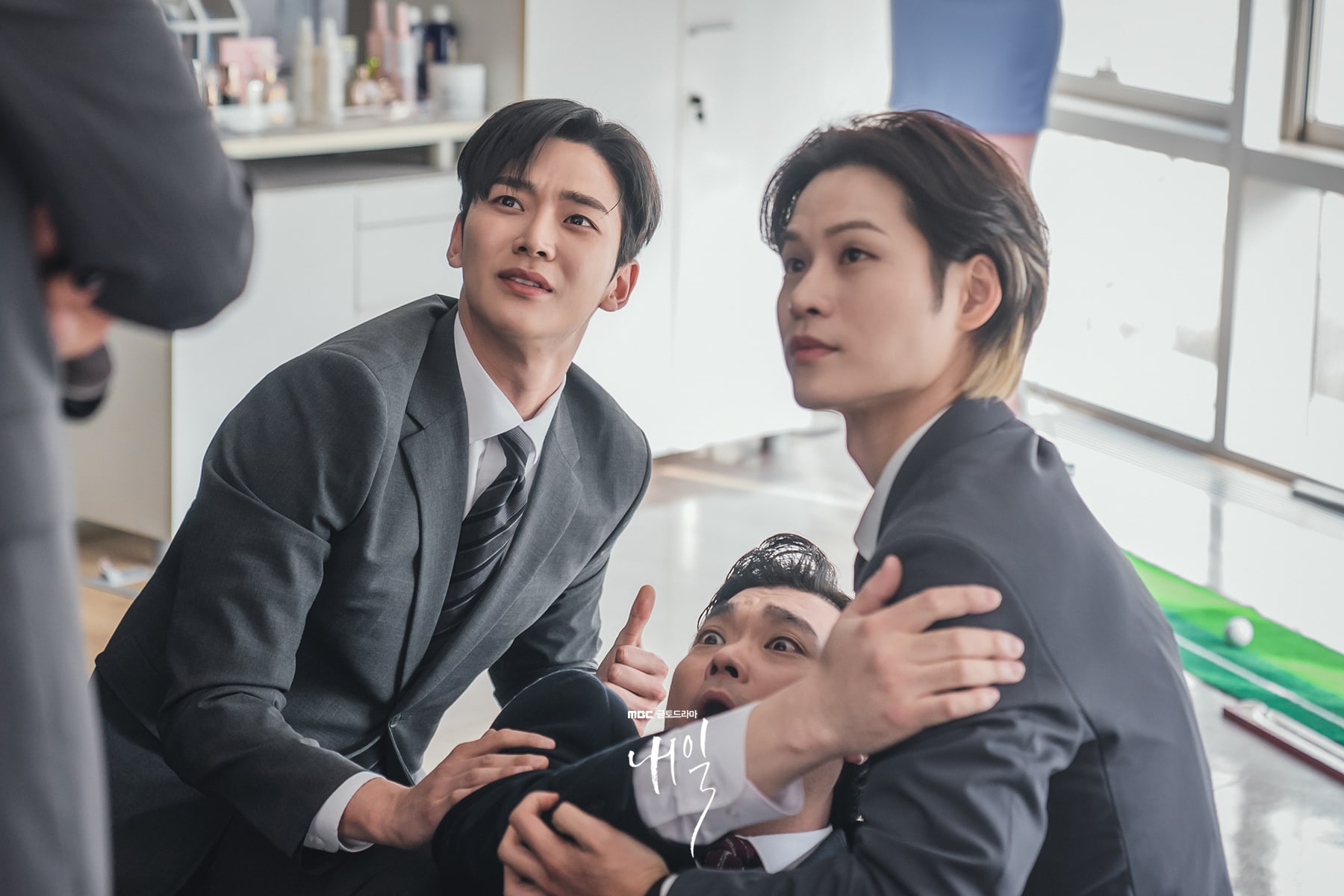 To find out what happens at this job interview gone terribly wrong, tune in to the next episode of “Tomorrow” on April 22 at 9:55 p.m. KST!

In the meantime, watch Kim Hee Sun in “Alice” with subtitles here…

SF9
Kim Hee Sun
Rowoon
Yoon Ji On
Tomorrow
How does this article make you feel?