“Insider” is an action suspense drama about Kim Yo Han, a judicial trainee who experiences a crisis while undercover for an investigation of a corrupt prosecutor and ends up struggling to try to obtain a hand of cards that will change his fate. While in prison, he begins to plot revenge for the betrayal he has experienced. “Insider” will be produced by director Min Yeon Hong who is behind “Missing: The Other Side” and writer Moon Man Sae of “Priest.” The cast also features Lee Yoo Young alongside Heo Sung Tae.

Ahead of its premiere in June, the series is slowly unveiling details of the plot starting with a poster of Kang Ha Neul portraying his character of Kim Yo Han. The poster immaculately embodies the internal clash of Kim Yo Han’s two personas. Divided into two sides with no clear distinction, the prosecutor side of Kim Yo Han looks upright and determined, while the inmate side of Kim Yo Han is ruffled up and covered in wounds.

The only similarity between the two is an unwavering poker face. In a game of life and death, the face is a weakness that gives away one’s desires. With a shrewd mind and careful nature, Kim Yo Han appropriately equips himself with a poker face that has no chance of faltering even in the direst situations. On the poster is the phrase, “Don’t be read, don’t be caught,” inciting more interest in Kim Yo Han’s infiltration, which he has put his life on the line for. 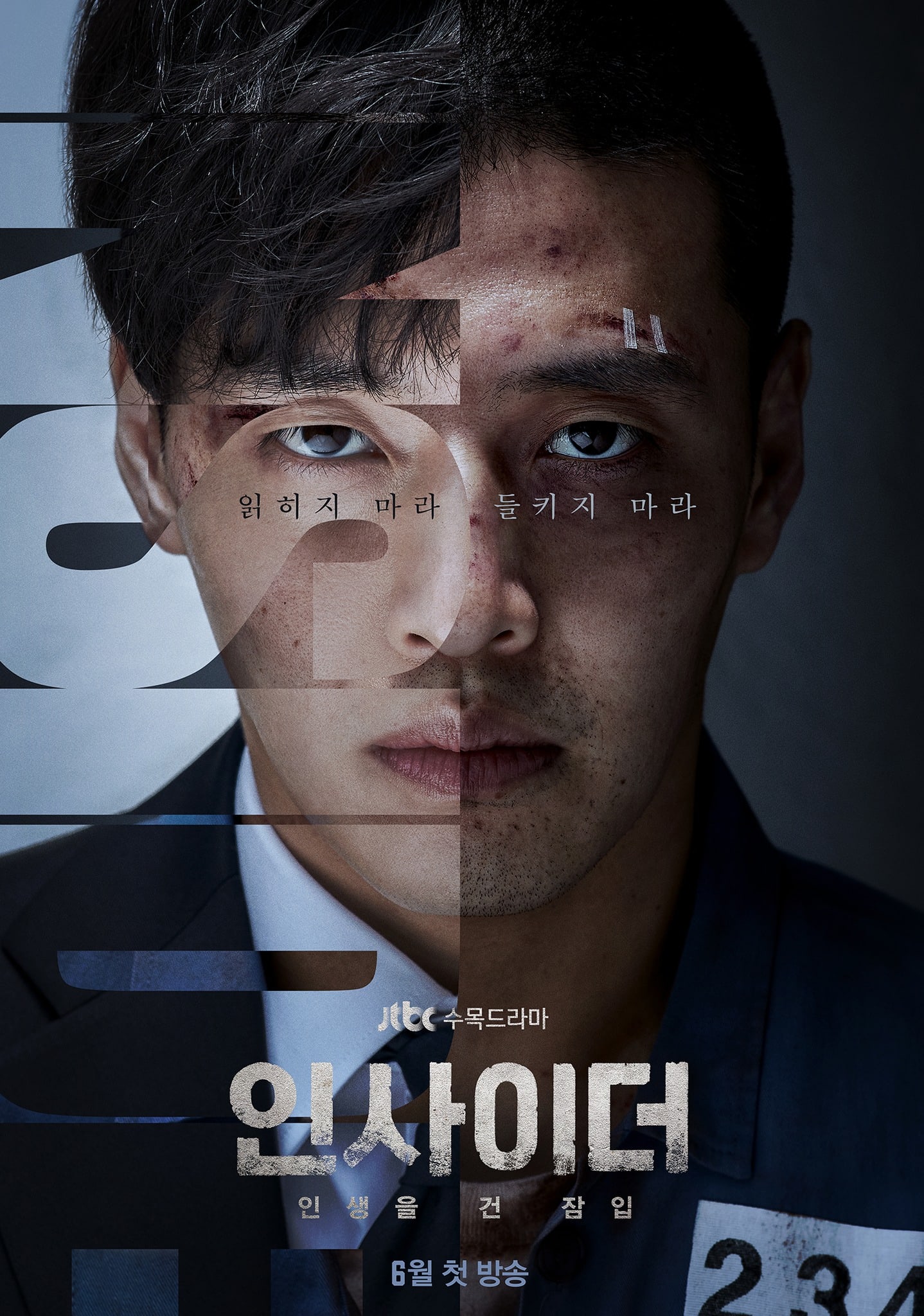 Kang Ha Neul is known for his ability to make each of his characters memorable, creating much buzz around his next transformation. He also displayed versatility in performing well in various genres. His acting skills will bring the complex narrative of Kim Yo Han to life with a sprinkle of action and intense brain games.

The production team for “Insider” commented, “The world that Kim Yo Han so bravely stepped into is not a world of justice but a ruthless world rule by the logic of power. Please look forward to how this man with a secret identity and hidden intentions will fight desperately to change his fate. Viewers will be able to witness the true value of Kang Ha Neul who has intricately expressed Kim Yo Han’s dynamic narrative.”

“Insider” will premiere in June.

While waiting, watch Kang Ha Neul in “River Where the Moon Rises“: