Ahn Bo Hyun has proven once again that he can pull off any role with his latest drama “Military Prosecutor Doberman”!

Although this is Ahn Bo Hyun’s first-ever role as a military soldier and prosecutor, he has showcased the perfect portrayal of Do Bae Man. Here are three ways Ahn Bo Hyun has impressed viewers in “Military Prosecutor Doberman”!

Through Do Bae Man’s memorable lines, Ahn Bo Hyun has been helping viewers relate more to the story in “Military Prosecutor Doberman.” His first line sets the tone for the entire drama as he states, “Someone said this. When you look at the world backwards, you open a new set of eyes. They said the sky becomes a lake, and the mountains become shadows reflected in the lake.”

Although Do Bae Man’s ultimate goal is always to make money, he develops a new perspective after meeting Cha Woo In. Through this, he learns the truth behind his parents’ case and reaches a turning point as he becomes a just military prosecutor. His first line foreshadows the 180 degree flip that Do Bae Man makes throughout the drama.

After Do Bae Man changes the situation during a trial for a medical incident, he expresses his faith in Cha Woo In as he tells her, “If you’re on my side, that’s my justice.” This line captures Do Bae Man’s belief that justice is right and valuable. However, after he learns the full story of the case, he comments, “You can’t properly see your opponent if you take revenge with a passionate heart.” Do Bae Man’s cold heart and rational judgement then causes a divide in the Patriotic Society.

Not only does Ahn Bo Hyun capture the physical appearance of a military prosecutor, he also shows a detailed portrayal of the naturally-occurring complex emotions, speech patterns, and pain of the role too. 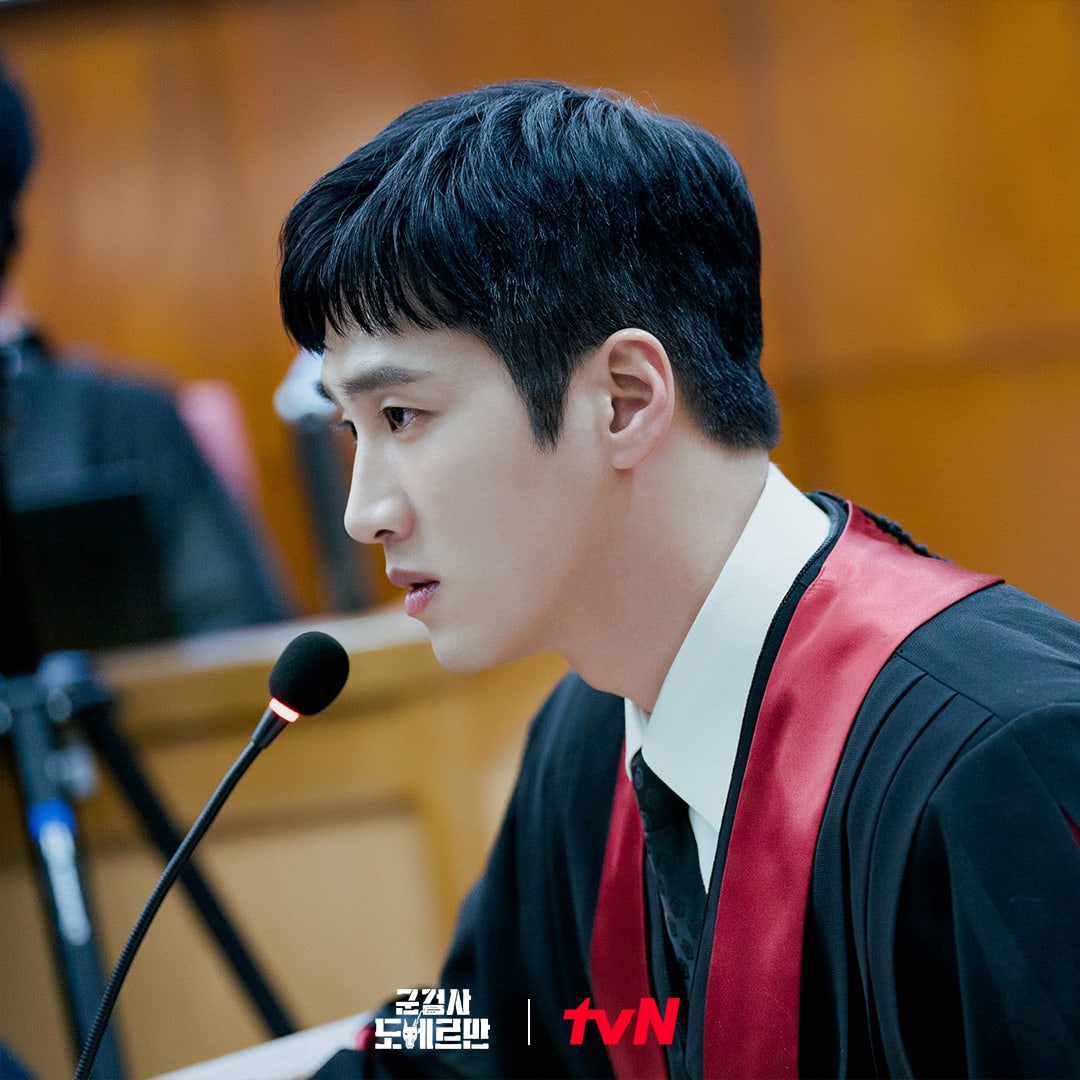 2. Ahn Bo Hyun’s double charms as both a puppy and a hound

At one moment, Ahn Bo Hyun is a tough, aggressive, and intimidating hound, but is the sweetest puppy the next minute who is unafraid to shower his loved ones with affection. While he brings out his aggressive side when dealing with Noh Hwa Young (Oh Yeon Soo), who killed his parents, and the rest of the Patriotic Society, he lays out all his cards in front of Cha Woo In, who he has teamed up with. He’s also incredibly playful and full of jokes when with his long-time friends Yoon Sang Gi (Go Geon Han) and Ahn Yu Ra (Kim Han Na), showcasing his two types of charms.

Throughout the drama, Do Bae Man has dangerously been in between good and evil. On the outside, he solely appears money-hungry, but he has used his own methods to punish perpetrators who covered up their crimes and enlisted in the military. While he starts off as a suspicious character, Do Bae Man has consistently shown growth with the drama’s progression and has become someone who fights for both truth and justice. 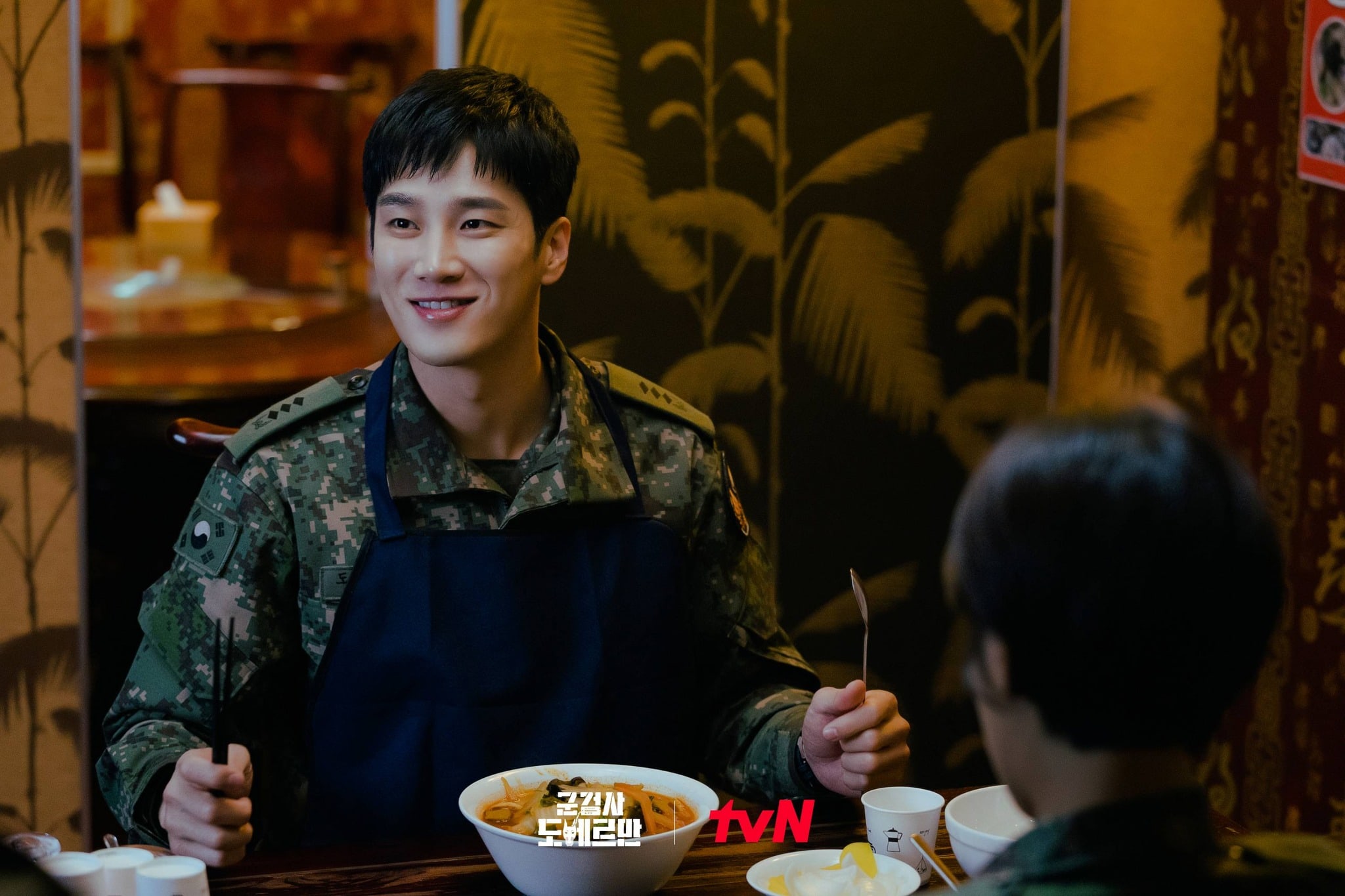 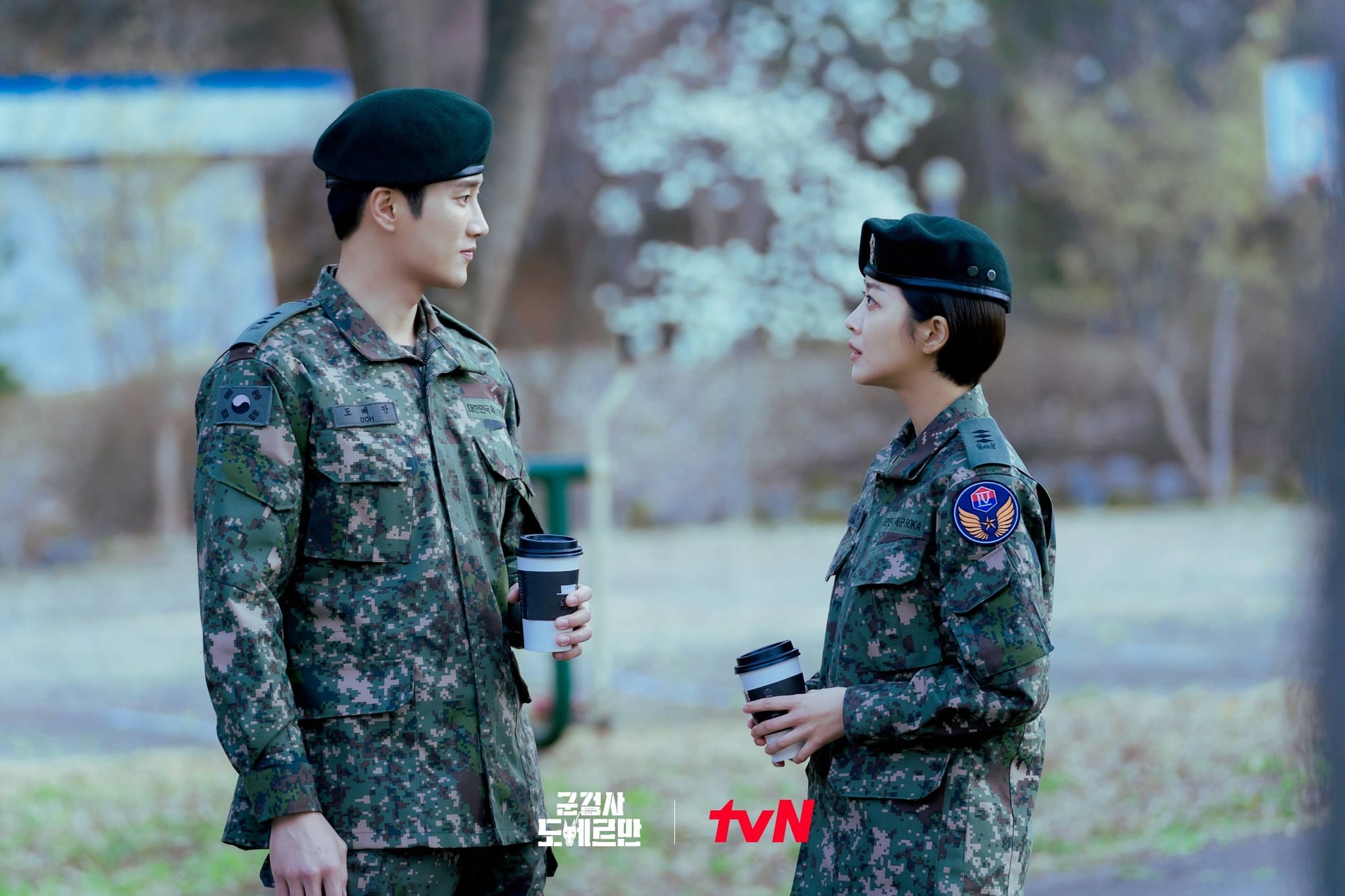 3. Overcoming the pressures of a lead role and creating a unique military prosecutor character

Since “Military Prosecutor Doberman” is the first Korean drama to focus on the military court, portraying a never-before-seen character like a military prosecutor would not have been an easy feat. Through his tenacity, persistence, and character research, Ahn Bo Hyun has been able to create the lively character of Do Bae Man and carry the drama through a successful run. Ahn Bo Hyun’s dedication to acting was also evident through his intense action scenes as well as his detailed emotional expression, helping viewers to immerse into the drama even better. 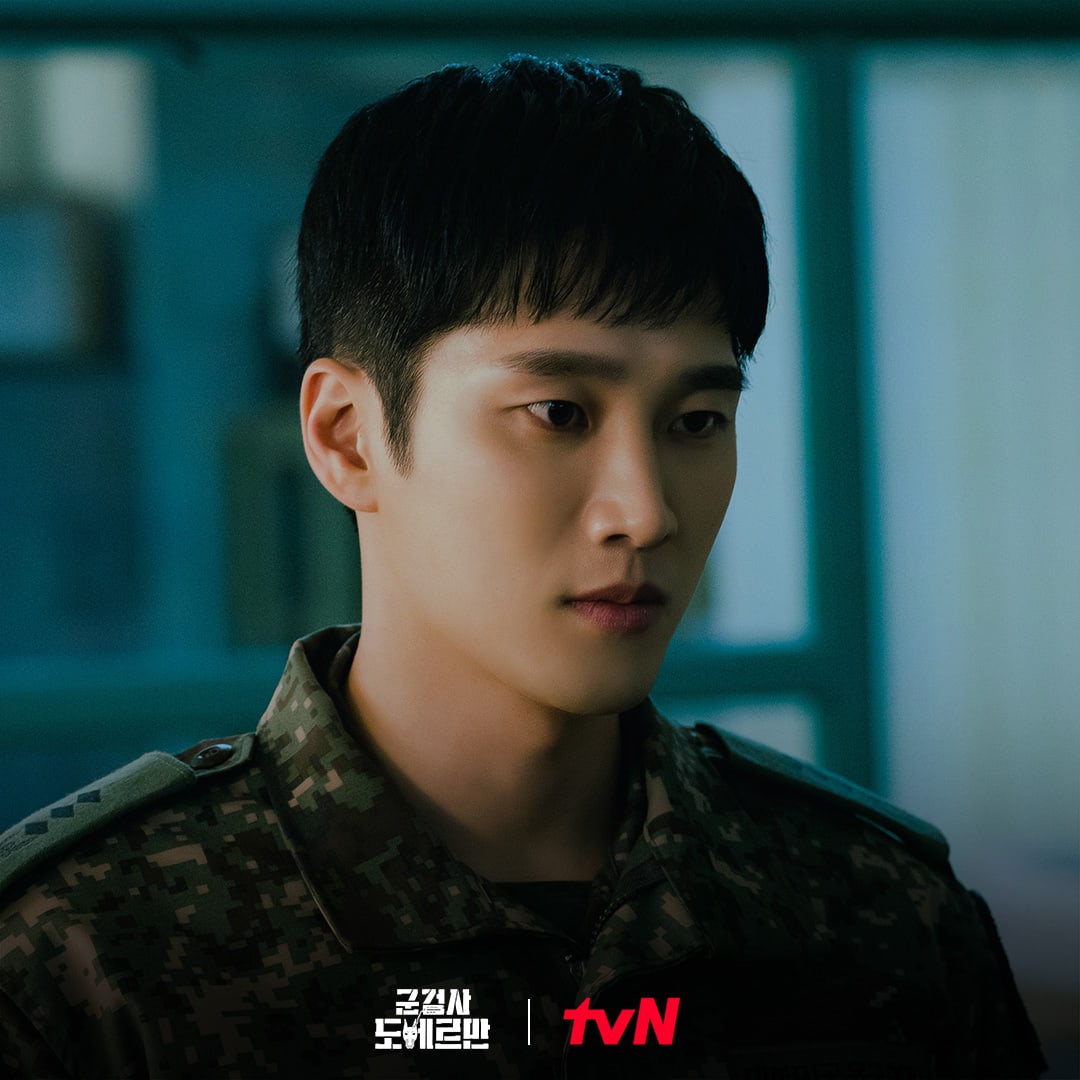 As the core aspect of this drama, Ahn Bo Hyun helped lead the story and made an impressive addition to his filmography at the same time. With his incredible portrayal of this unique and difficult military prosecutor role, anticipation and curiosity is rising for the actor’s next project.

Ahn Bo Hyun
Military Prosecutor Doberman
How does this article make you feel?