The second season of “Yumi’s Cells” is coming this summer!

Based on the hit webtoon of the same name, “Yumi’s Cells” tells the story of an ordinary office worker named Yumi—from the point of view of the many brain cells in her head controlling her every thought, feeling, and action. Kim Go Eun plays the titular role of Yumi, an ordinary woman who struggles with expressing her feelings. The first season of the drama aired via TVING and tvN in September 2021 and received much love for being the first K-drama to combine live-action with 3D animation.

“Yumi’s Cells 2” announces its return through an adorable pink poster of Yumi and her cells. The poster hints at many changes in Yumi’s life as well as her growth with one obvious visible change being that she no longer sports her trademark bob cut. Joining her are the love cell, which is her primary cell (the cell that represents a person), and the writer cell. The love cell is energetic and lovable as ever, while Yumi’s writer cell will mature alongside Yumi as she chases the dream she had temporarily put down. Yumi smiles brightly between her two cells representing love and dreams, making viewers anticipate the second season even more. The sticky notes read, “Yumi and her cells’ second story,” and “Yumi has returned.” 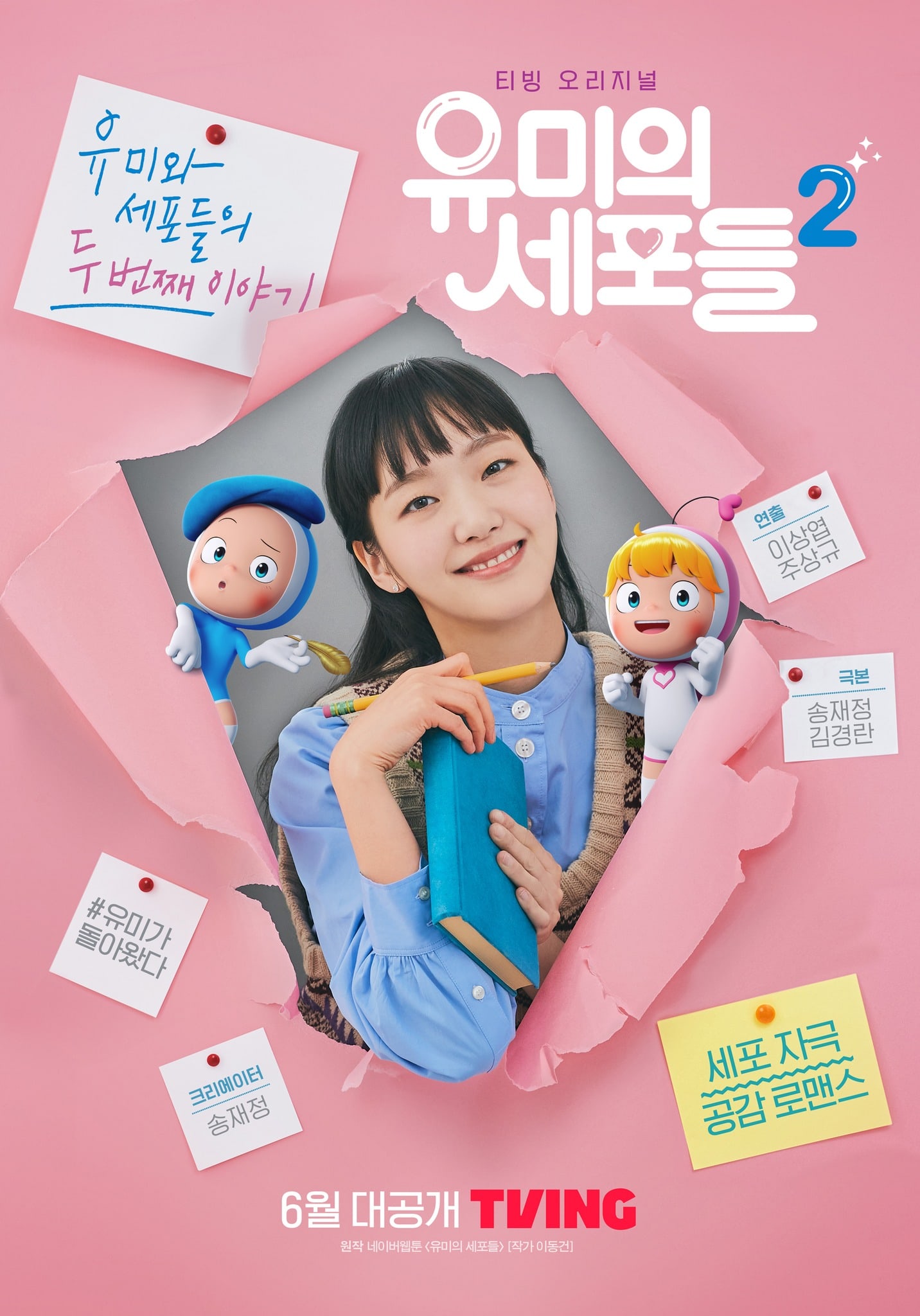 In the last season, Yumi matured through her relationship and breakup with Goo Woong (Ahn Bo Hyun), and she took on a new challenge after gaining the courage to do so from her co-worker Yoo Babi (GOT7‘s Jinyoung). The new season will depict the story of Yumi’s love and dreams.

“Yumi’s Cells 2” will air via TVING in June.

While waiting, catch up with Season 1: