TXT is gearing up for their first-ever world tour!

Although Big Hit Music promises that more dates and cities will soon be revealed, TXT’s first set of tour dates will take them to seven different cities across the United States this July.

After kicking things off with two nights of concerts in Seoul on July 2 and 3—marking their first-ever solo concert with an in-person audience—TXT will head stateside to perform in Chicago on July 7, New York on July 9, Atlanta on July 12, Dallas on July 14, Houston on July 17, San Francisco on July 21, and Los Angeles on July 23.

For fans outside the United States, further tour stops have yet to be announced, so stay tuned for updates! 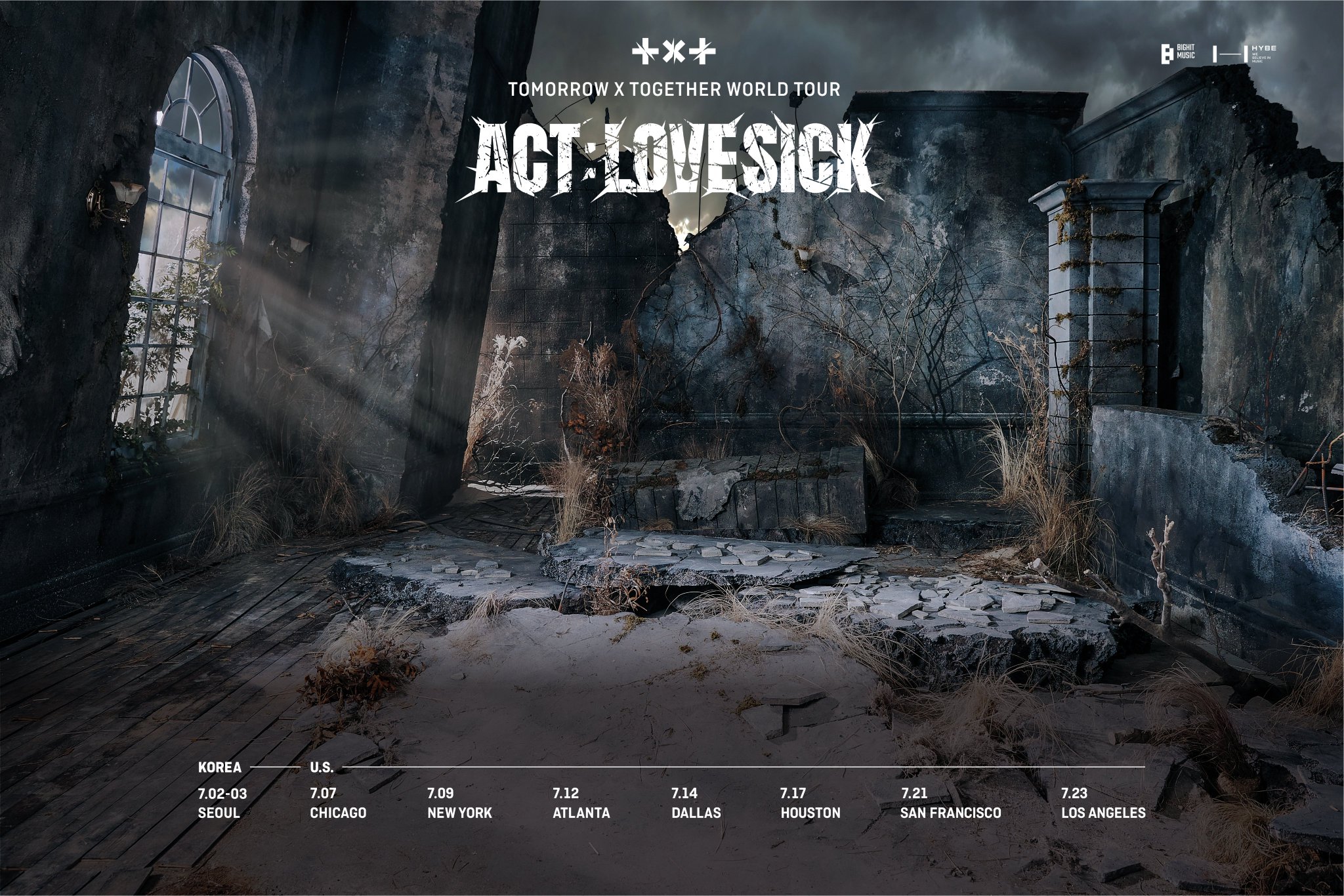 Before they head out on tour, TXT will be making their highly-anticipated comeback with “minisode 2: Thursday’s Child” on May 9. Check out their latest teasers for the album here!