Rain has been confirmed as the host for Mnet’s upcoming “Street Man Fighter” prequel program!

Titled “Be Mbitious,” the prequel show allows solo dancers to compete for a spot in “Mbitious,” a project dance crew slated to join the lineup of “Street Man Fighter.” The applicants for the show range from K-pop idols, choreographers, professors, and dancers with world titles, and only the best of the best will be chosen to join the “Avengers” dance crew “Mbitious.”

As a representative of Korean musicians and a legendary solo performer, singer Rain will be the host of “Be Mbitious.” The show’s producers commented, “Many of the applicants shared that they began dancing after watching Rain’s performances. As an idol of dancers, it was well-suited that [Rain] be the representative MC for the program.” 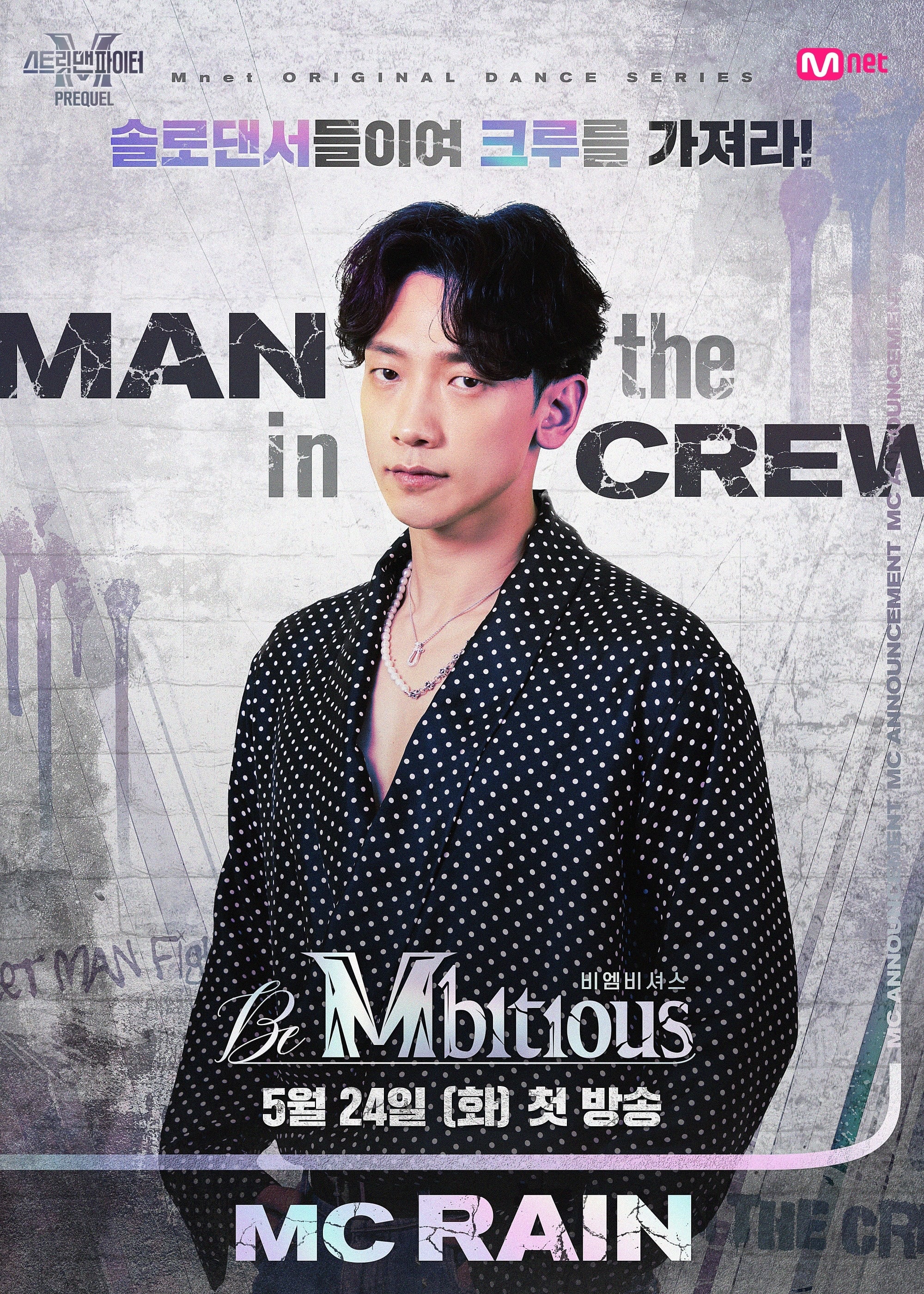 While Rain has showcased his sharp critique and honest advice as a judge on different audition programs, viewers can look forward to a new image of the singer as an MC and a mentor. Rain commented, “I feel happy and welcome that I get to work on ‘Be Mbitious,’ which will be the start of ‘Street Man Fighter.’ I sincerely hope that this year will also be the year of dancers.”

“Be Mbitious” will start airing on May 24 at 10:20 p.m. KST and “Street Man Fighter” is scheduled to premiere this summer.

Rain
Street Man Fighter
Be Mbitious
How does this article make you feel?