Marie Claire has released their new pictorial and interview with SHINee’s Onew!

Comparing the differences between his latest solo album “DICE” and his debut album “VOICE,” Onew shared, “I prepared this [new album] with the hopes that other people would also feel this [difference]. When thinking of Onew, people likely would’ve predicted a lyrical ballad or a song with a slow tempo. This time, I tried to find the middle between Onew and SHINee.”

He continued, “SHINee is a team with definitive performances and character. How should I say this? If SHINee is a totally bright color, I tried to find a bit of a pastel color. Before this, I think my color was a bit hazy. I think this album is the moment I leave my first footstep to finding my own color. Since this is my first time promoting a solo album, I wanted to expand my spectrum.”

Since SHINee debuted in 2008, Onew was asked whether he views his fans any differently now that they’ve been active in the industry for so long. He answered, “The fundamental aspects haven’t changed, but I do think the emotions I feel have changed a bit. I’m the type to relate and immerse deeply into others’ emotions. For example, if someone looks at me very happily, I feel happy too. [My b-side] ‘In the Whale’ captures that desire. That feeling of ‘we can overcome this together, I want us to become happy like that.'” 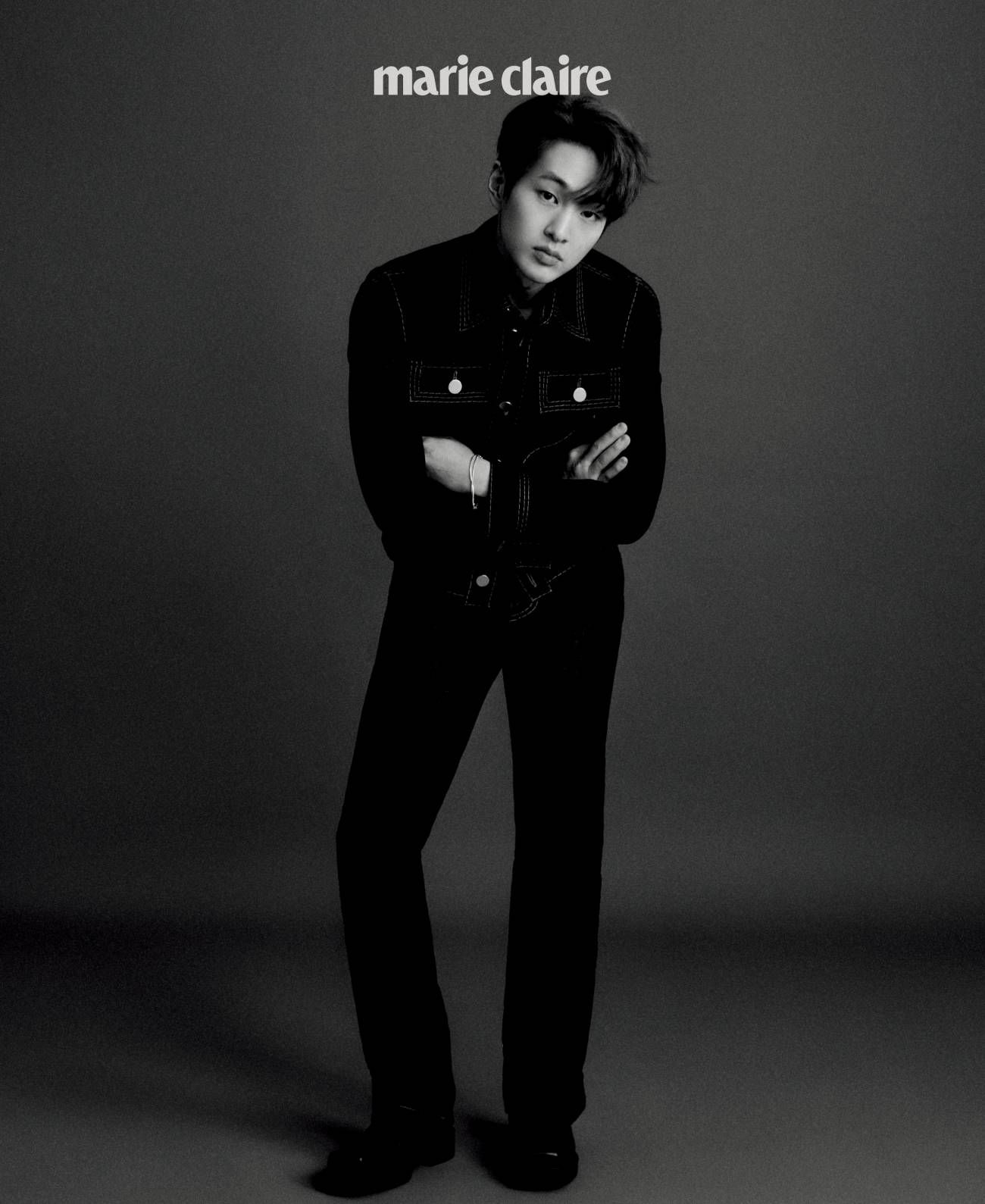 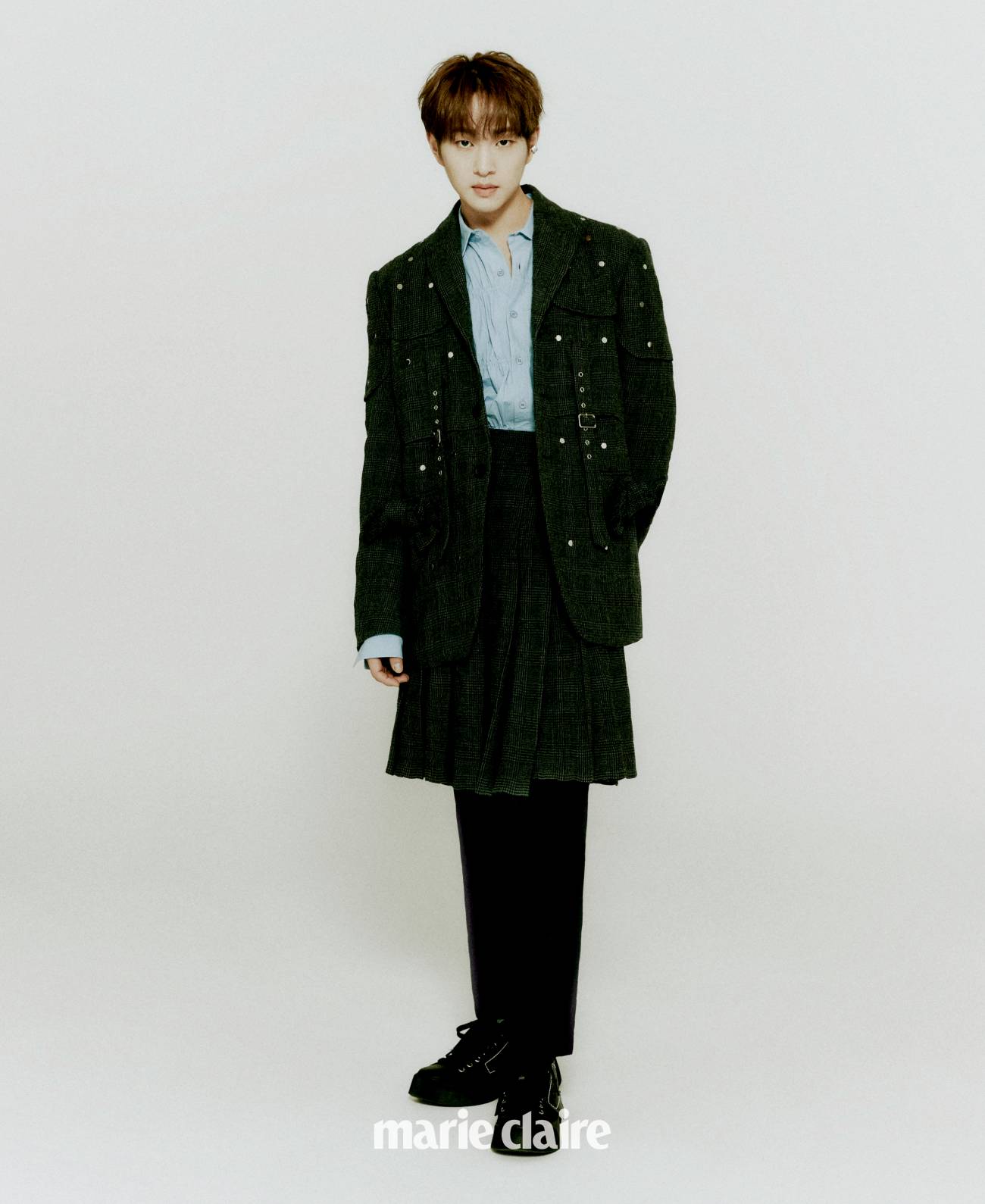 Onew elaborated on how he constantly strives to do better, saying, “I want to do unbelievably well. However, by my standards, I’m still not doing that well. While singing, I don’t think I’ve ever been fully satisfied [with my own performance]. That’s why I want to keep filling that.”

He shared, “In the past I even thought, this is the extent of my talent and I cannot improve from here. But from a certain moment, I realized that I started as SHINee in order to sing and that singing was what I enjoyed the most. Since I’ve turned what I like most into a career, that’s such a happy thing. I have to be happy at the fact that I could do that.”

Onew continued, “With the thought that I will definitely become happier if I improve and am more satisfied with my singing, I still practice my vocals now. Also, I want to make music that has a positive influence. These days, they say a lot of people are experiencing the COVID-19 blues. We have to meet people and share our pain, loneliness, and sadness, but because of COVID-19, I’m sure there are a lot of people enduring that alone. I want my music to be hope for these people too. To love others more and treat them with a kinder heart. That’s also why I’m trying to change a lot too.” 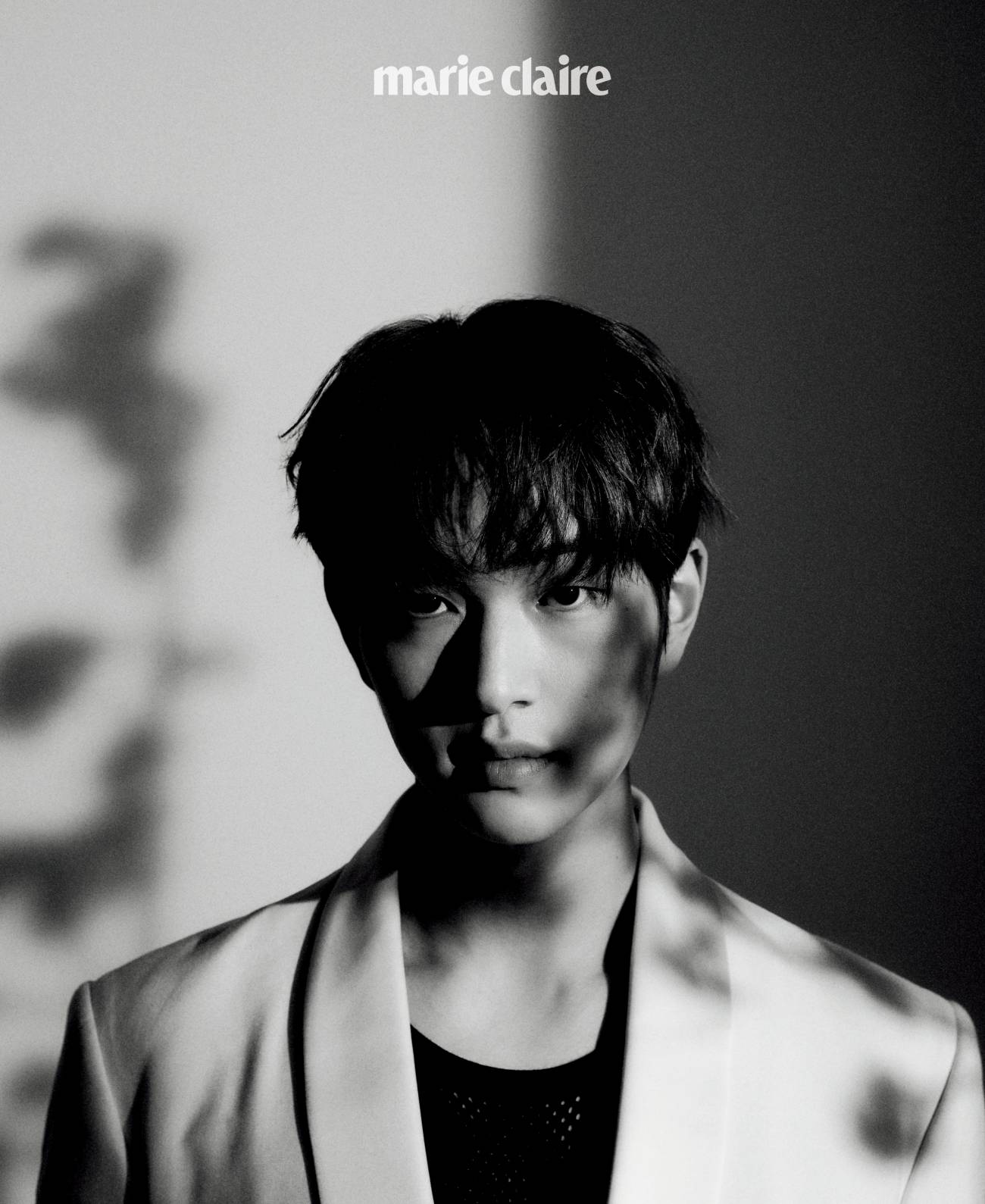 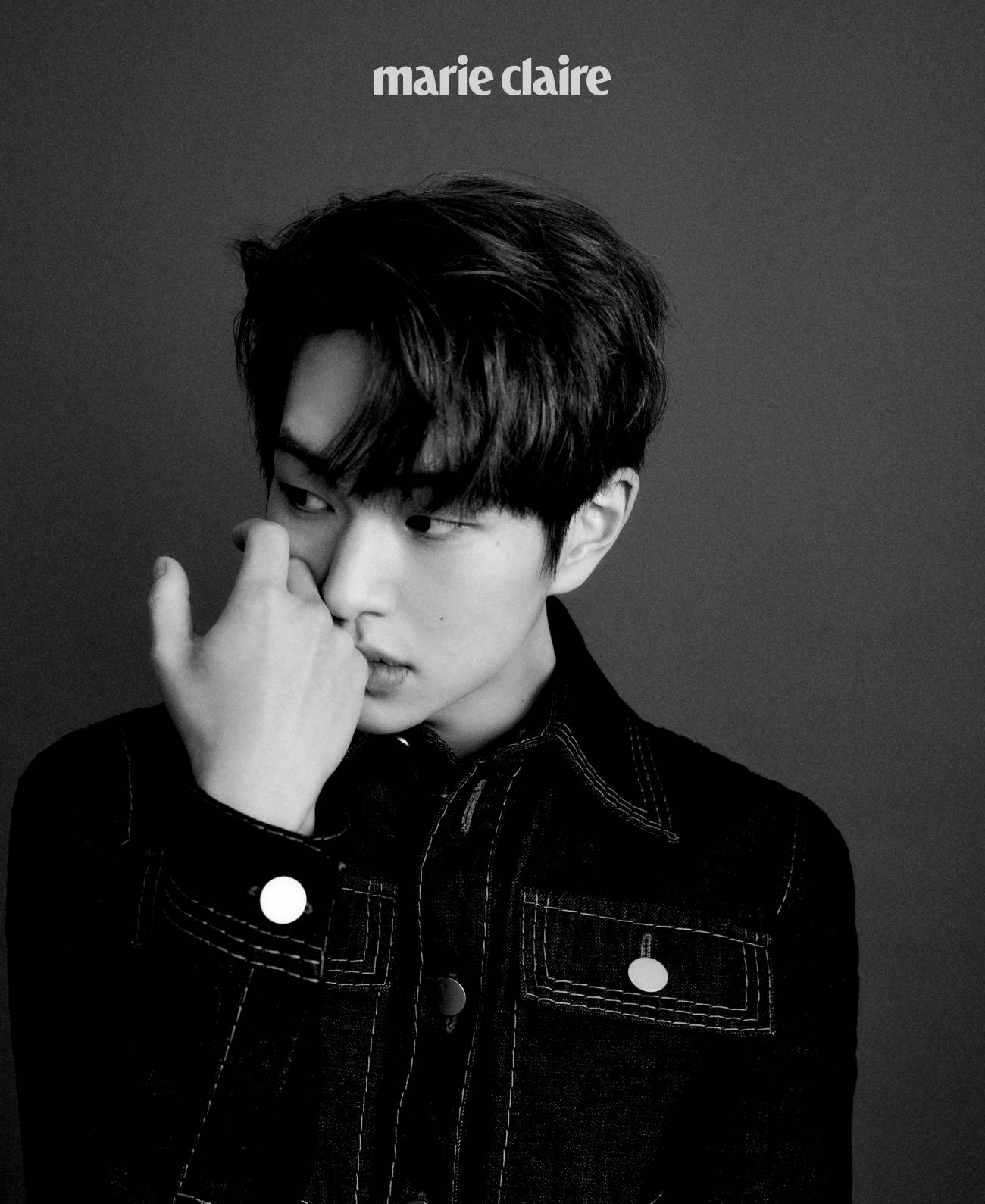 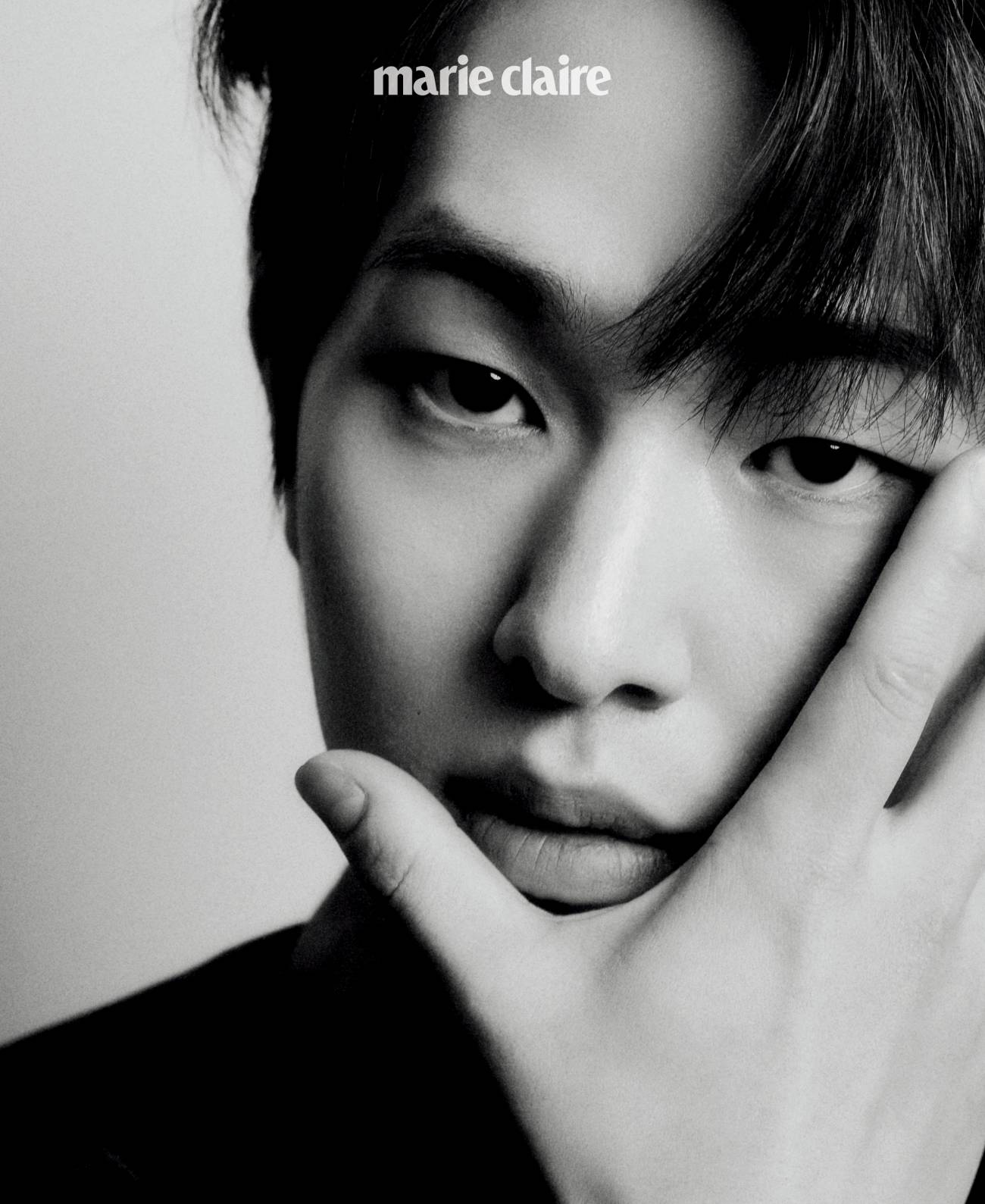 Onew credited this desire to have a positive influence to his parents, sharing, “Although they’re the people who I share everything with who laugh and cry with me in hard times and happy times, I’m still shy to say that I love them.”

He continued, “But I can’t hesitate and just have to act. My parents have gotten older and from a certain point on, I started thinking that I wouldn’t be able to live forever with my parents. At first, I was also just like, ‘I should go home often.’ Then it became, ‘I should go home and eat with my parents,’ and after that, ‘I should make them a meal myself, we should go to karaoke after eating.’ Like this, I gradually ended up doing more things.”

Although 14 years into his career, Onew described his album “DICE” as a start and only at the 50 percent mark of everything he wants to achieve. Since he’s already achieved so much, the interviewer reassured Onew that he didn’t always have to try something new. Onew replied, “But there’s this compulsion. I think it may be because I’m SHINee. I started ‘VOICE’ with the thought that I wanted to let go of that compulsion for new things. Then when I was preparing for my second album, I thought that I’d be able to do more things in the future if I did something different than last time. While I can, I want to do everything I’m able to. I’m going to try and find what I like in each moment.” 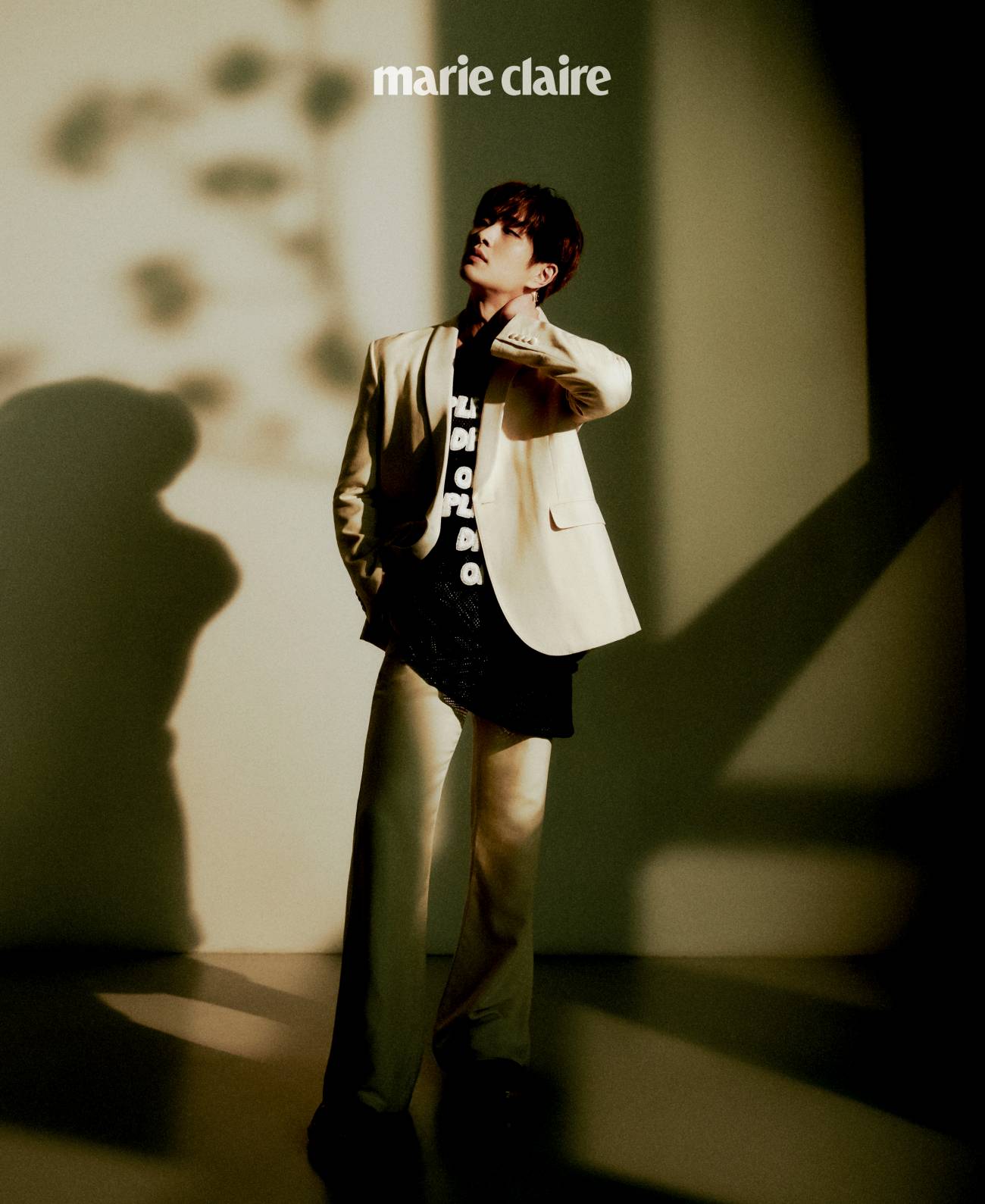 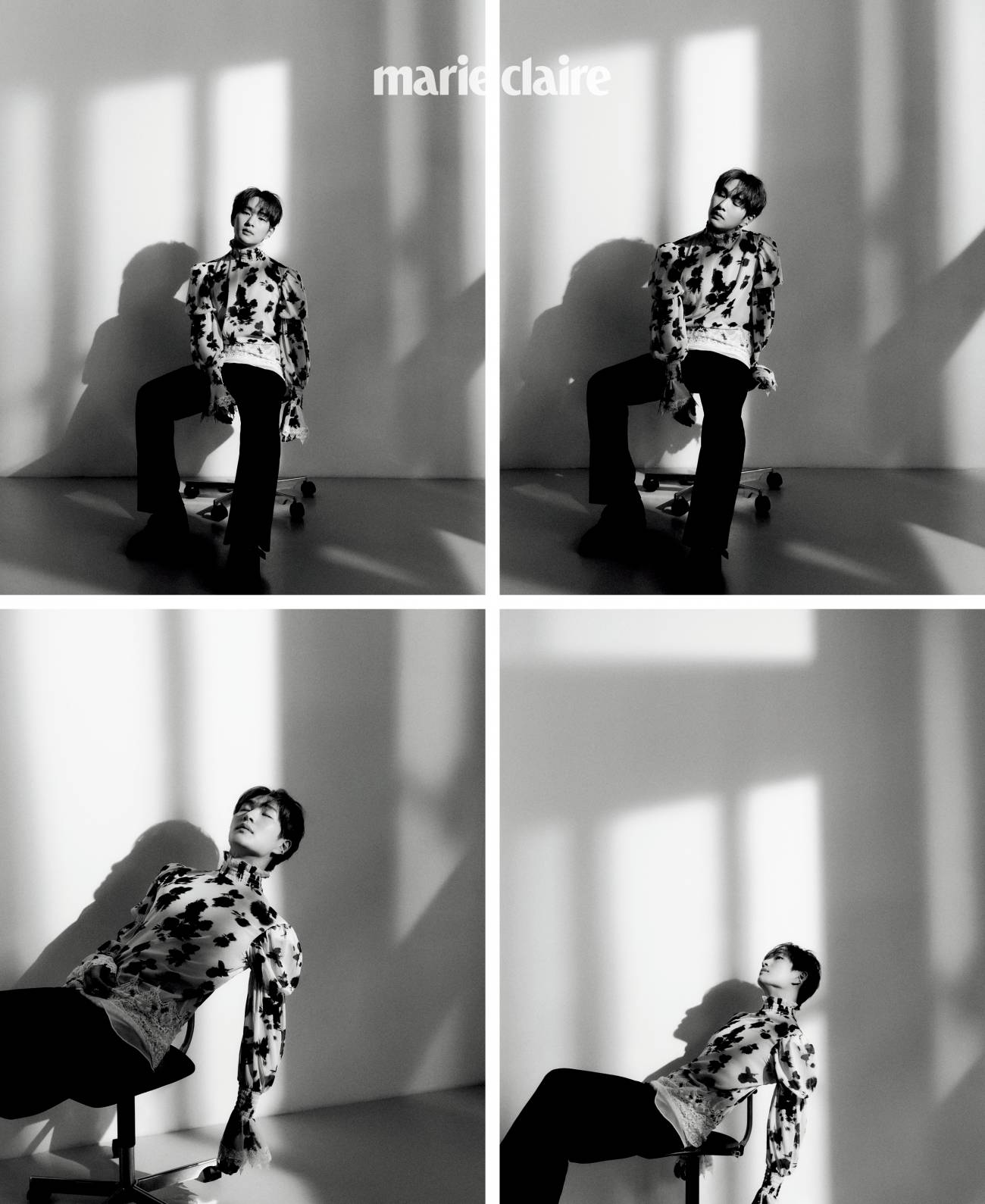 When asked about SHINee’s influence on his solo music, Onew shared, “It’s the driving force that makes me think. Because I had my members, I am able to be here now, and because I had my members, we are able to be together as SHINee. If I didn’t have SHINee, I wouldn’t have been able to do the music I wanted to do. As time goes by, the image of my performances may change a lot. However, I want to protect the stage for a very long time.”

In Onew’s last interview with Marie Claire, he spoke about being “SHINee-like.” For this interview, he expanded on being “Onew-like” as he commented, “I think being ‘Onew-like’ is showing a good image, even if the pace is a bit slow. I have an active promotion period and a non-active period. In my non-active period, I want to showcase a lot but I tend to be a slow-paced perfectionist. Instead, I assure you that I won’t ever show you less of me.”

At the end, Onew spoke about the need to truly feel an emotion for it to be properly conveyed to others. He elaborated, “You need to subconsciously exude happy energy for listeners to feel that it’s real and smile. Just because you’re smiling, doesn’t mean you’re happy.”

He confessed, “In the past, I thought that I intentionally had to smile in every situation. Now, I’ve learned that other good things happen when I express my own thoughts more and end up smiling as a result of that. Right now, I don’t like when bad energy gets inside of me. I’m trying to honestly express what I don’t like and find uncomfortable to move forward while taking responsibility.”

Onew’s full interview and pictorial will be available in Marie Claire Korea’s May issue!

Start watching Onew in “Descendants of the Sun” here:

SHINee
Marie Claire
Onew
How does this article make you feel?