“Eve” is a romance drama dealing with the inside story of a chaebol’s 2 trillion won (approximately $1.7 billion) divorce lawsuit that shocks the entire nation. The fatal revenge story is about a scheme that is 13 years in the making in order to take down Korea’s top 0.1 percent.

Seo Ye Ji stars as Lee Ra El who was born between a genius father and a beautiful mother. After experiencing the shocking death of her father at a young age, she transforms into a woman who is likened to a “dangerous flower” with a fatal charm. Lee Ra El is also the woman at the center of the unbelievably expensive divorce lawsuit, and she plans on taking down Kang Yoon Kyum (Park Byung Eun), the CEO of LY Group and one of the main culprits who destroyed her family.

On April 28, “Eve” released a new individual poster of Lee Ra El who wears an elegant black dress, creating the imagery of a black swan. She captivates with a dark aura and a stifling gaze that is without even a hint of warmth while she burns with the desire for revenge.

Furthermore, the way Lee Ra El crushes a red rose in her hand leaves a powerful visual impact on viewers. The text reads, “At the hottest moment, I will take you down in the coldest way.” The poster previews how Lee Ra El’s revenge will begin the moment she confirms Kang Yoon Kyum’s love for her. 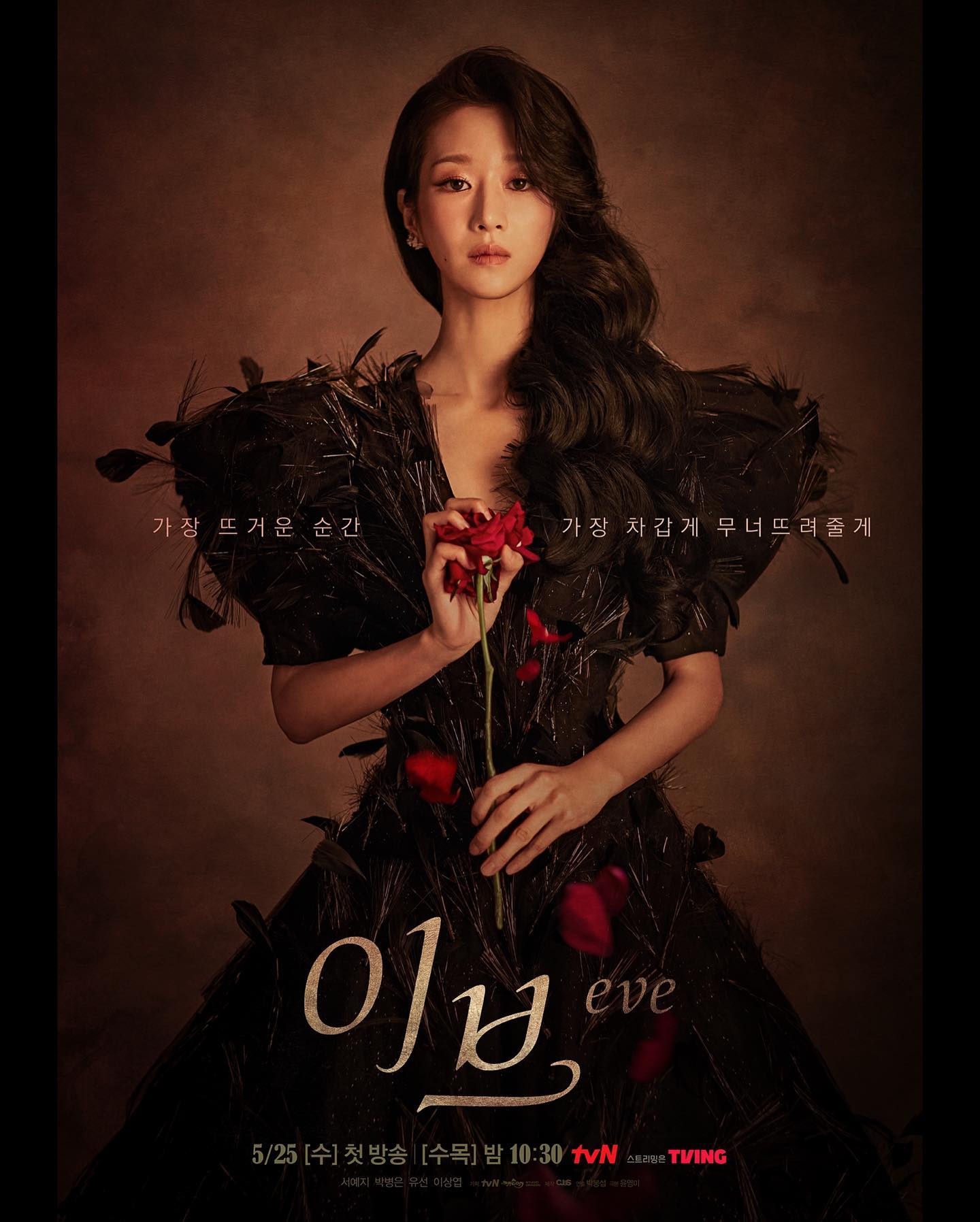 Seo Ye Ji
EVE
How does this article make you feel?