On the latest episode of “Queendom 2,” the contestants divvied up into brand new units!

In this battle, each team will submit members as vocal and dance representatives. From there, they will form three new vocal units and three new dance units that are exclusive to “Queendom.” With 5,000 points on the line for this battle, Round 3 can easily shake up the current rankings.

Host Lee Yong Jin announced, “There are spots to pick between three songs and each team can find the spot of the song they want, to create a unit with a different team. The songs and units will be chosen in reverse order from rank No. 6, from the combined rankings of Rounds 1 and 2. If there are multiple teams that want one song, the team with the lowest combined ranking will automatically be pushed out.”

As they did not participate in Round 1 and were thus ranked in sixth, LOONA’s dance unit picked their song first. Both LOONA and Kep1er chose No. 3 song “purr,” while Brave Girls’ Eunji chose “I’m Greedy.” 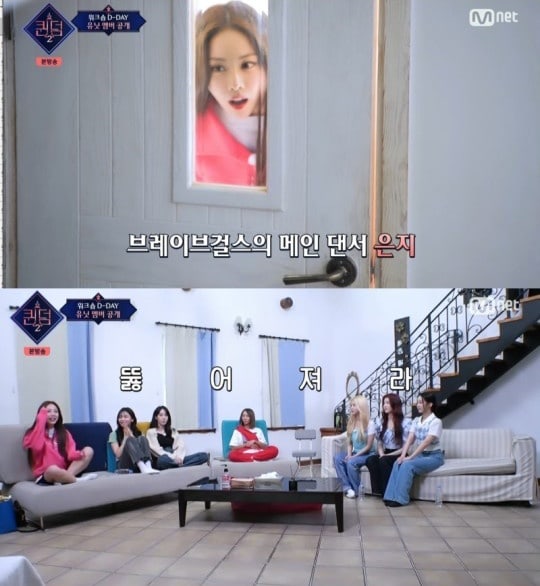 However, LOONA was pushed out when VIVIZ also chose “purr.” They then chose “KA BOOM” and were quickly joined by WJSN. Last up was Hyolyn who cried out, “This is cruel!” as she chose “KA BOOM.” As they were pushed out once again, LOONA had no choice but to join Eunji’s team. Yves disappointingly commented, “The stairs [to track No. 2] were the stairs of hell. It made me feel determined to grind. I was so angry. Because I am angry, we will place first.”

After a lengthy discussion, Hyolyn decided to participate in Round 3 as part of both a vocal unit and a dance unit, as the program’s only solo competitor. Among all the other vocal unit competitors, Hyolyn was chosen as the member everyone wanted to team up with. 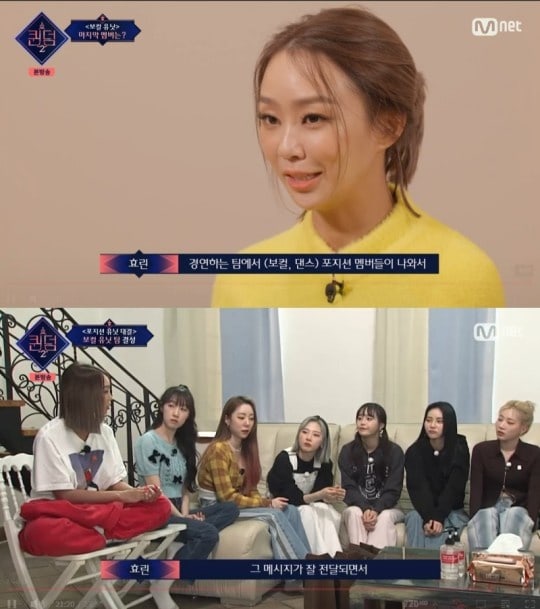 Despite the fierce competition to work with Hyolyn, she eventually decided to team up with Brave Girls’ Minyoung. Hyolyn commented, “We’re the same age. We’re friends. Just act comfortably.” While the two were already deep in discussion about which song to sing, WJSN’s Soobin and Yeonjung came into the room. They told Hyolyn, “Just thinking of you, we brought a cat snack gift and wrote letters.” However, Hyolyn expressed her devotion to working with Minyoung and WJSN eventually went to room B where they formed a unit with VIVIZ’s Eunha. 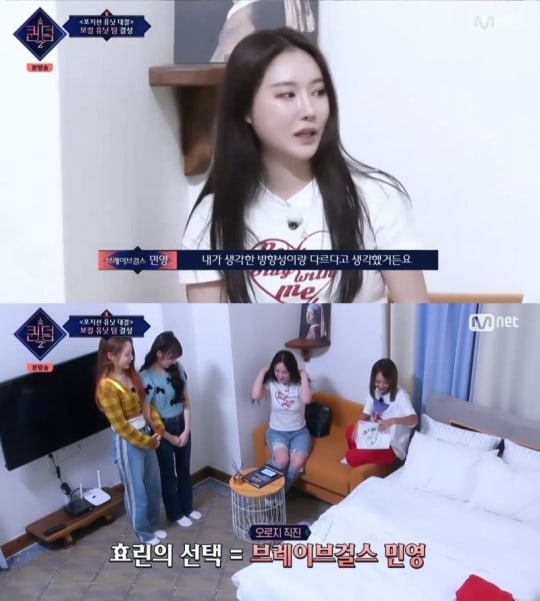 As Hyolyn had mentioned earlier that she wanted to perform BOL4’s “To My Youth,” Minyoung tried practicing the song even though she didn’t know it well. Although she immediately related to the lyrics, Minyoung expressed concern that she wouldn’t do well.

Hyolyn reassured her, “You haven’t even made a mistake yet so why are you worrying already? Even if you do make a mistake, I can just go in first [to cover up].” She continued, “I was upset wondering why she was thinking like that. I’m someone who doesn’t feel out of place no matter where I go. But that’s not because I’m successful. After debuting from a smaller agency, I wanted to do so well and turn it all upside down. I always told my members not to feel discouraged because we are so good, so I think that’s why I spoke to Minyoung so strongly.” 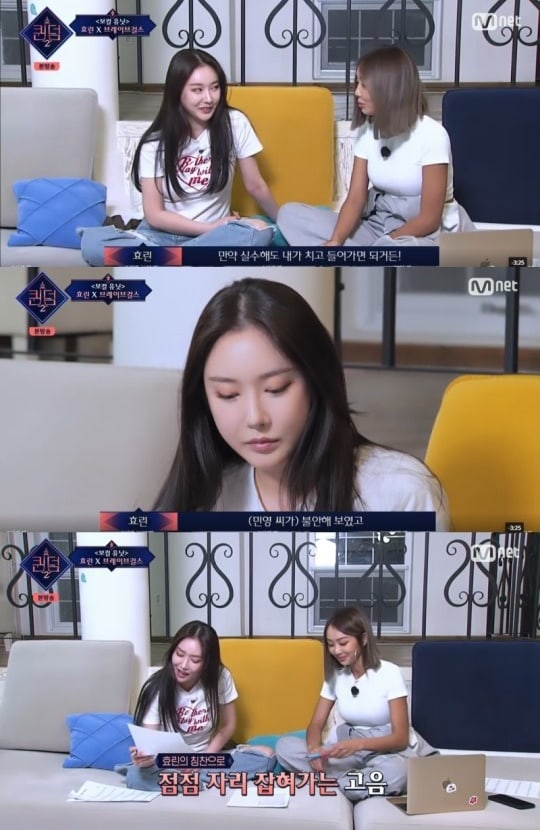 Later, the vocal units held a midway performance check. First up was VIVIZ’s Eunha with WJSN’s Yeonjung and Soobin performing Baek Yerin’s “Across the Universe.” Next, LOONA and Kep1er sang EXO’s “Don’t Go.” Finally, Minyoung and Hyolyn sang BOL4’s “To My Youth.”

As she was experiencing after-effects of COVID-19, Minyoung made a mistake during the performance, which was immediately covered up with Hyolyn’s help. The winner of this midway check will be revealed next week. 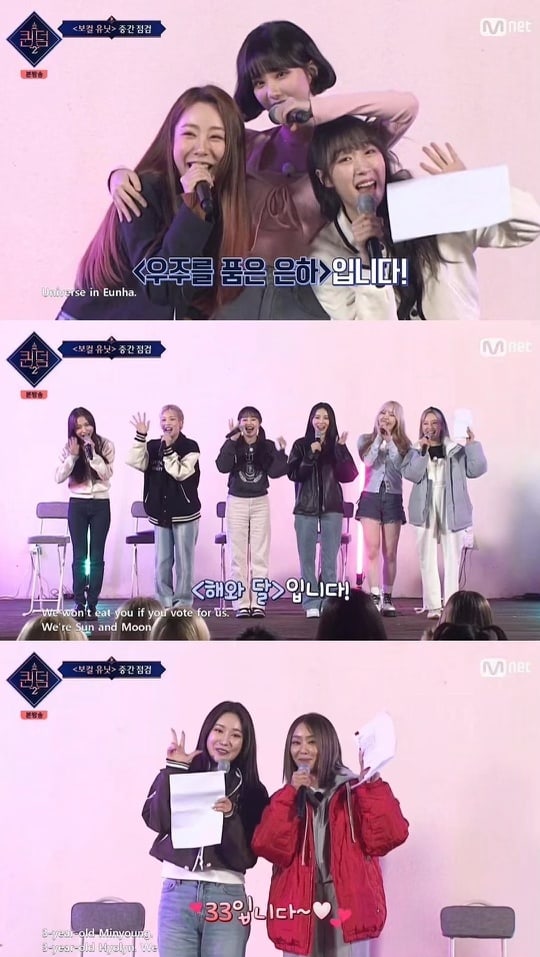 Additionally, next week’s episode will feature the dance units being mentored by PROWDMON’s Monika, La Chica, and HolyBang’s Hertz from “Street Woman Fighter.” “Queendom 2” airs on Thursdays at 9:20 p.m. KST and is available for live global streaming on Mnet’s YouTube channel.