“Marriage White Paper” is a relatable romance drama starring Lee Jin Wook and Lee Yeon Hee as a couple in their thirties preparing for marriage. While they were expecting a happy ending like something out of a fairy tale, the reality of their preparations proves to be somewhat different.

The newly released poster captures the blissfully engaged couple Seo Joon Hyung (Lee Jin Wook) and Kim Na Eun (Lee Yeon Hee) at their happiest moment, beaming radiantly as they prepare to walk down the aisle. The two characters’ ecstatic smiles—and the joyous caption declaring “We’re getting married!”—make it seem as if absolutely nothing could go wrong on their wedding day. 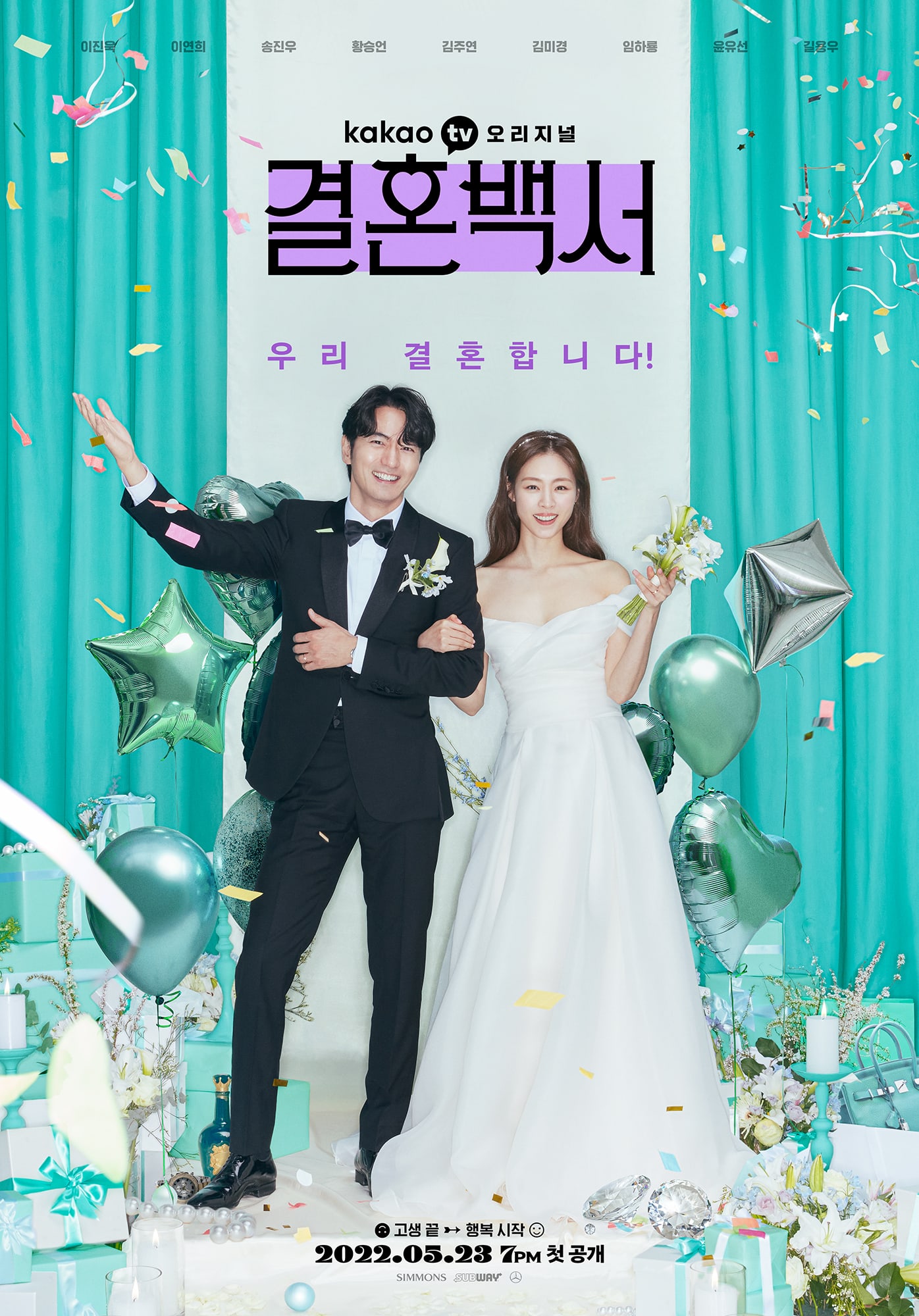 However, the “Marriage White Paper” production team has revealed that a new, more honest poster will be released for the drama next week: one that will capture a very different side of the couple as they prepare for their wedding.

“Another version of the poster, which will depict [the couple’s] real hidden truth that exists on the other side of this happy wedding poster, will be released next week,” teased the producers.

They went on, “‘Marriage White Paper’ will focus more on reality than an idealized [version of marriage], and it will depict a wide variety of incidents that take place during the marriage preparation process, tackling things like the meeting between the in-laws, marriage expenses, finding a house for the newlyweds, deciding who handles the finances, and more. Please tune in to find out what kind of reality awaits this couple.”

“Marriage White Paper” premieres on May 23 and will air in 12 episodes that run for 30 minutes each.

In the meantime, watch Lee Yeon Hee in “New Year Blues” with subtitles below!