MBC’s “Tomorrow” has shared a sneak peek of Kim Hee Sun on her next mission!

Previously on “Tomorrow,” Goo Ryun transformed into a TV producing director (PD), psychiatrist, marketing employee, and more to keep watch over those at risk of attempting suicide.

In newly released stills from the drama’s next episode, the grim reaper will make another memorable transformation—this time, into a sharp-eyed prosecutor with an intimidating aura. To protect a suicidal victim of sexual assault, Goo Ryun steps into the courtroom dressed in the robes of a prosecutor, glaring fiercely at those present at the trial. 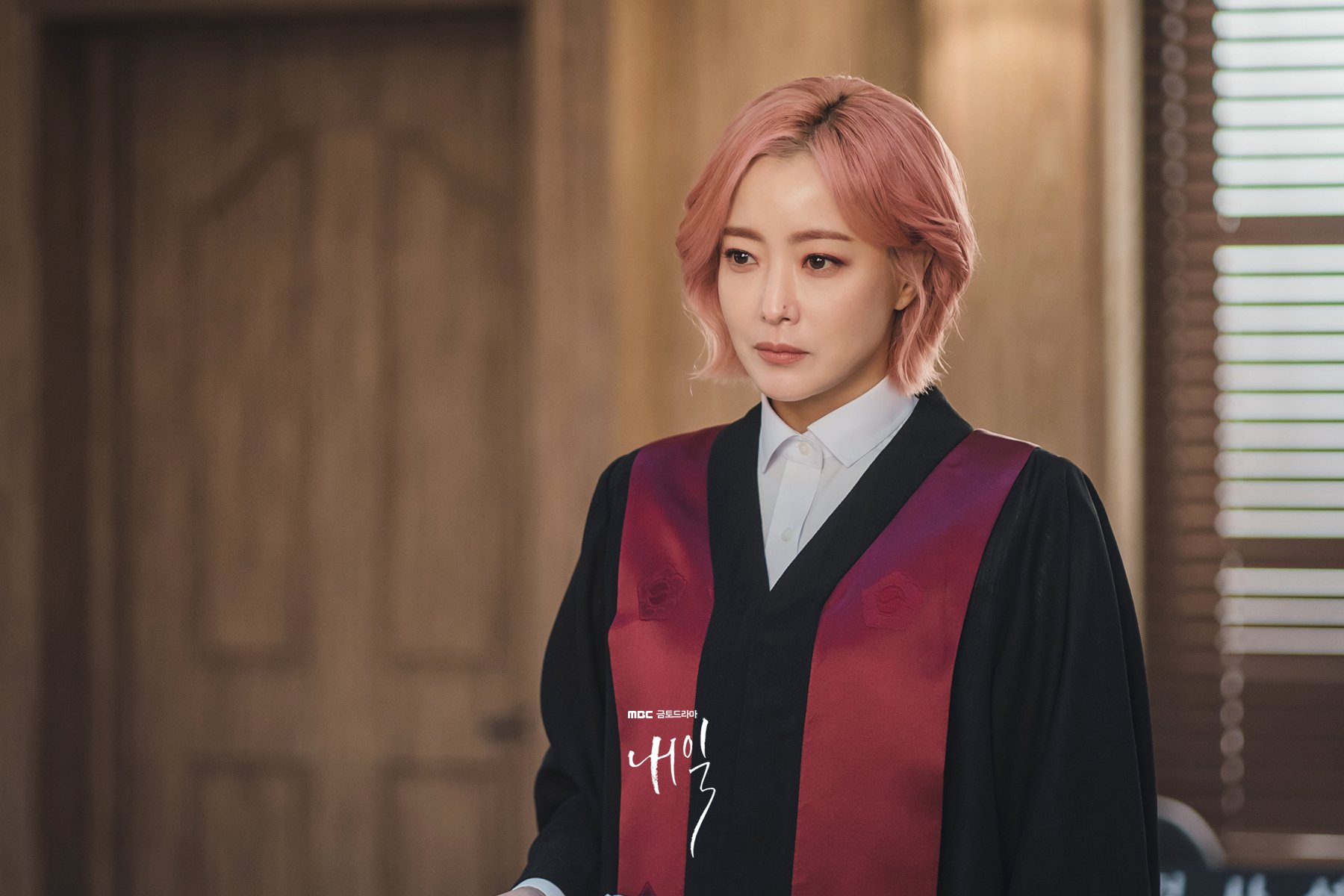 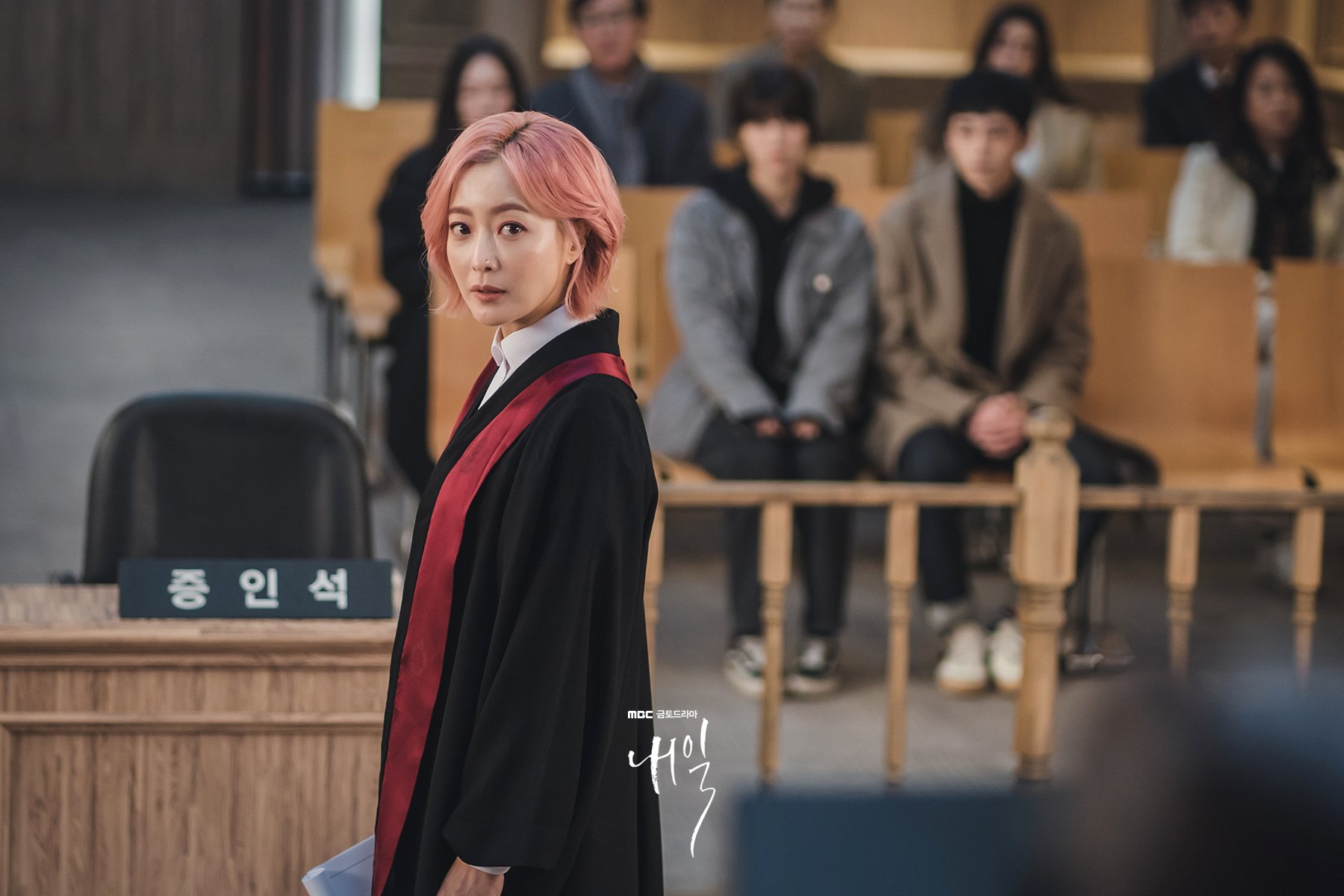 In the meantime, watch Kim Hee Sun in her previous drama “Alice” with subtitles below!