Yoon Ji On Talks About His Character In “Tomorrow,” Working With SF9’s Rowoon And Kim Hee Sun, And More

Dazed has released their new pictorial and interview with Yoon Ji On!

The actor is currently starring in the MBC series “Tomorrow,” which is based on the hit webtoon of the same name. The drama stars SF9‘s Rowoon as Choi Joon Woong, a mortal who gets into an unfortunate accident while struggling to find a job. As a result, he crosses paths with grim reapers Goo Ryun (Kim Hee Sun) and Lim Ryoong Goo (Yoon Ji On), who work together to save the lives of those who are contemplating suicide, and he winds up joining their team in the underworld as their youngest member.

In the interview following the photo shoot, Yoon Ji On talked about “Tomorrow,” saying, “I’m sure it’s a natural reaction, but I was really nervous during the first broadcast. It’s a drama that requires a lot of CG production, so I was very curious about how my acting would come out. It was fun seeing it on TV, but the scene taken on the overpass was especially impressive. I thought, ‘So that’s how that scene was made,’ and I was amazed while watching it.” 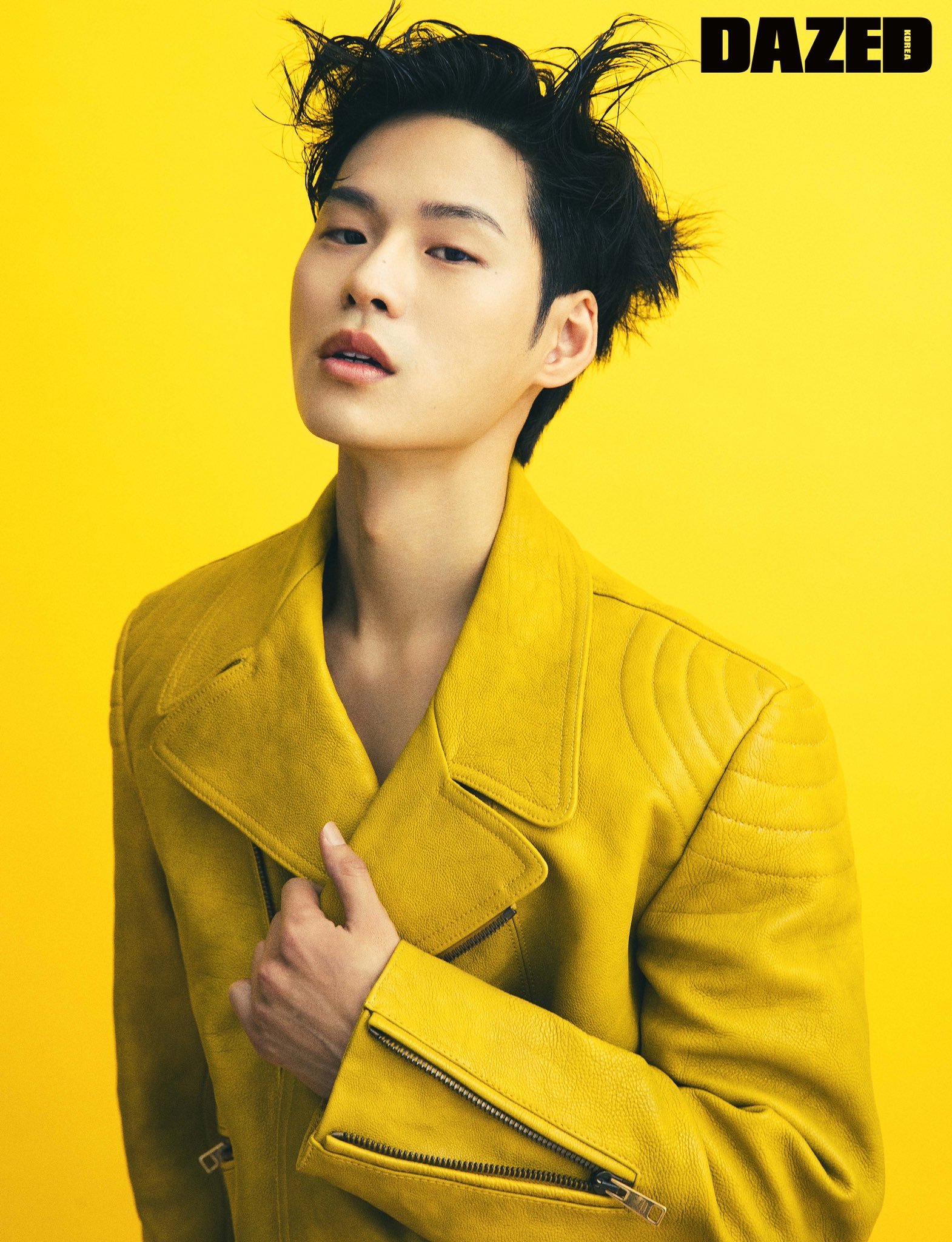 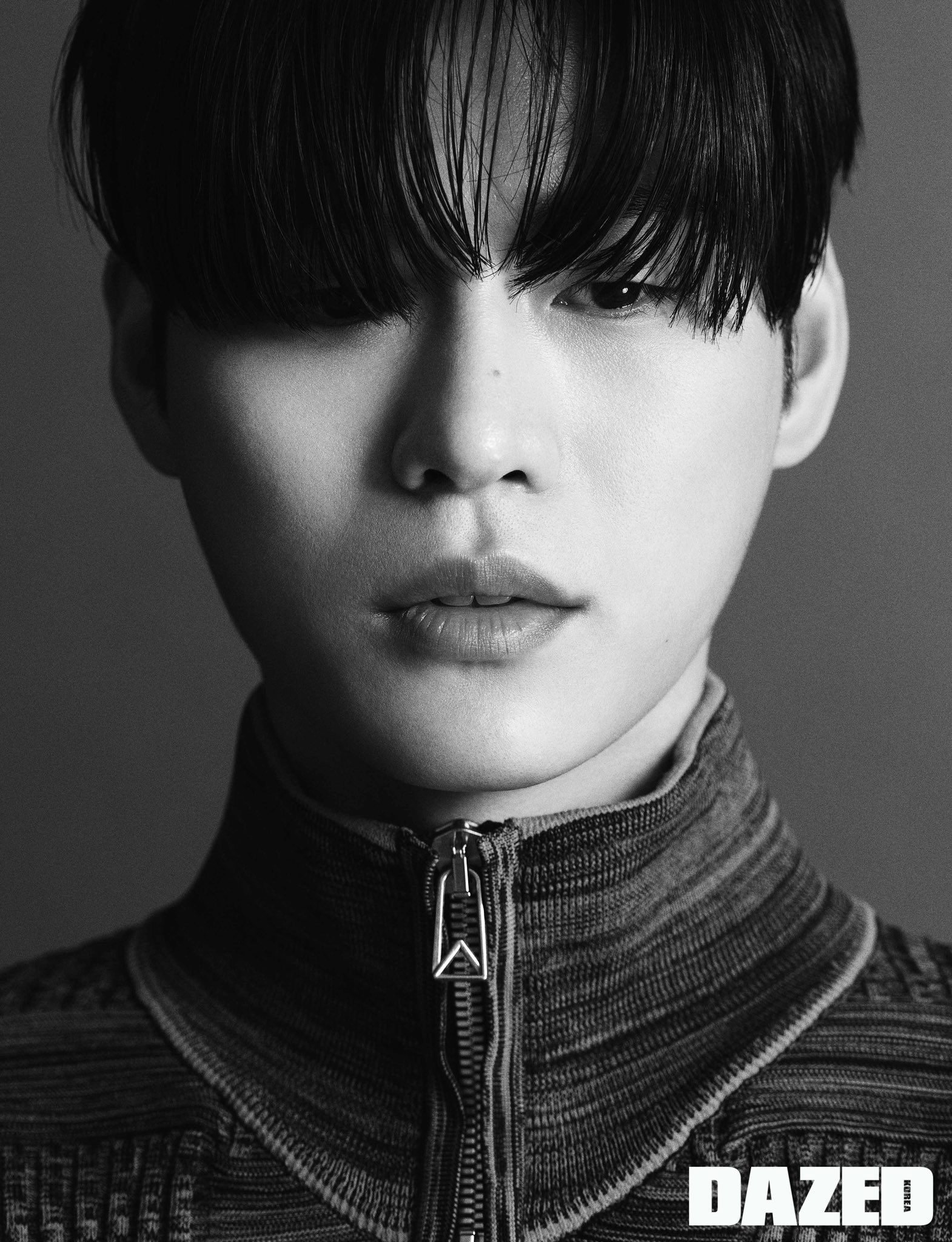 Concerning his character Lim Ryoong Goo, Yoon Ji On commented, “Lim Ryoong Goo has an honest disposition and seems to be the most rational person on the team. He’s a principled and introverted character who doesn’t like to meddle in anything, and he advises rather than admonishes others.” Then he added while laughing, “Oh, above all, he considers ‘Work and Life Balance’ important.”

Then he mentioned his teamwork with his co-stars Rowoon and Kim Hee Sun. He shared, “Because of reasons like the characters’ relationships and characteristics, we weren’t able to reflect the atmosphere of the set. So it was a bit disappointing. Rather, we had more fun than what was shown in the making-of videos. It’s too bad that we couldn’t show all of our teamwork. That kind of atmosphere on the set seems to have allowed us to make ad-libs and act more freely.” 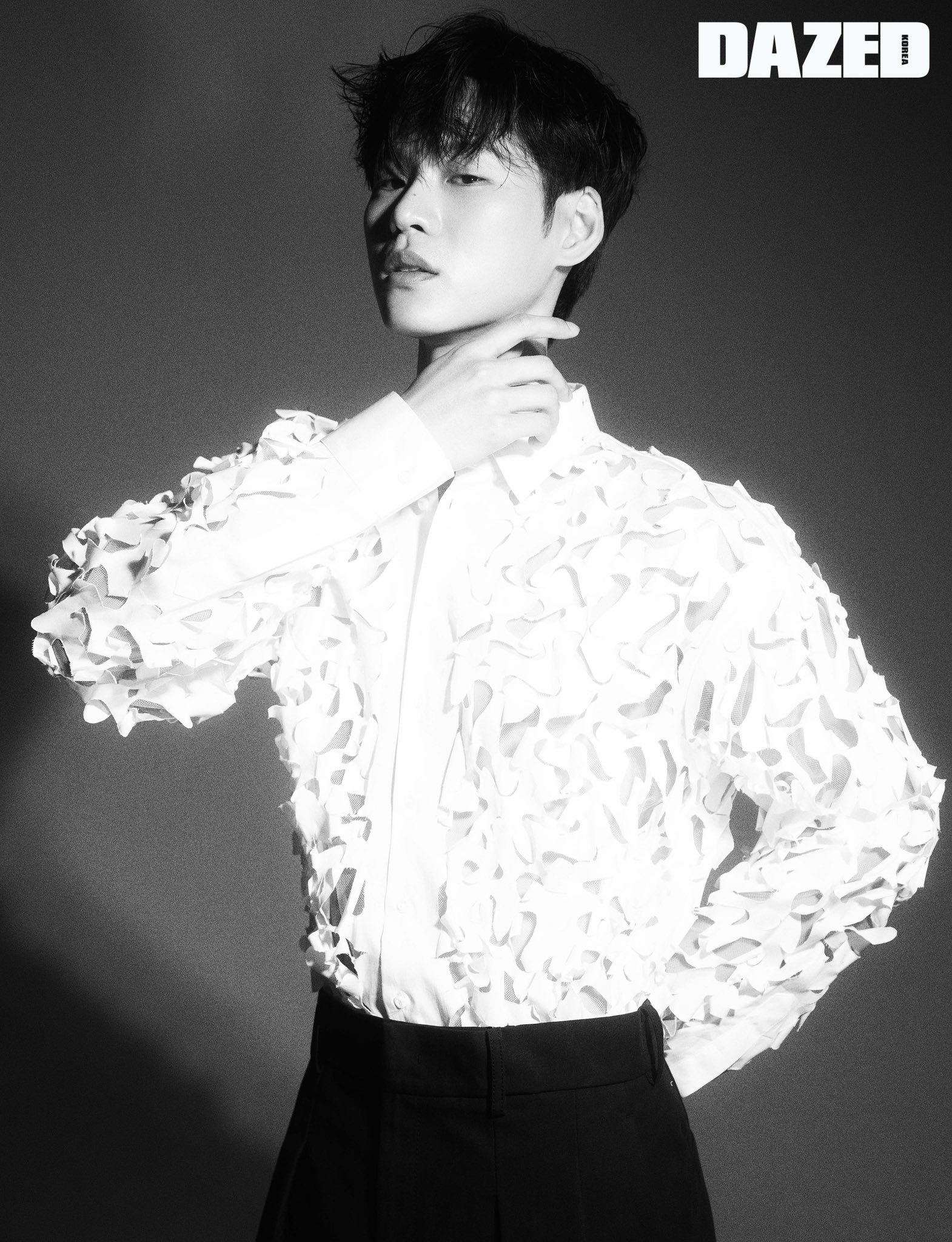 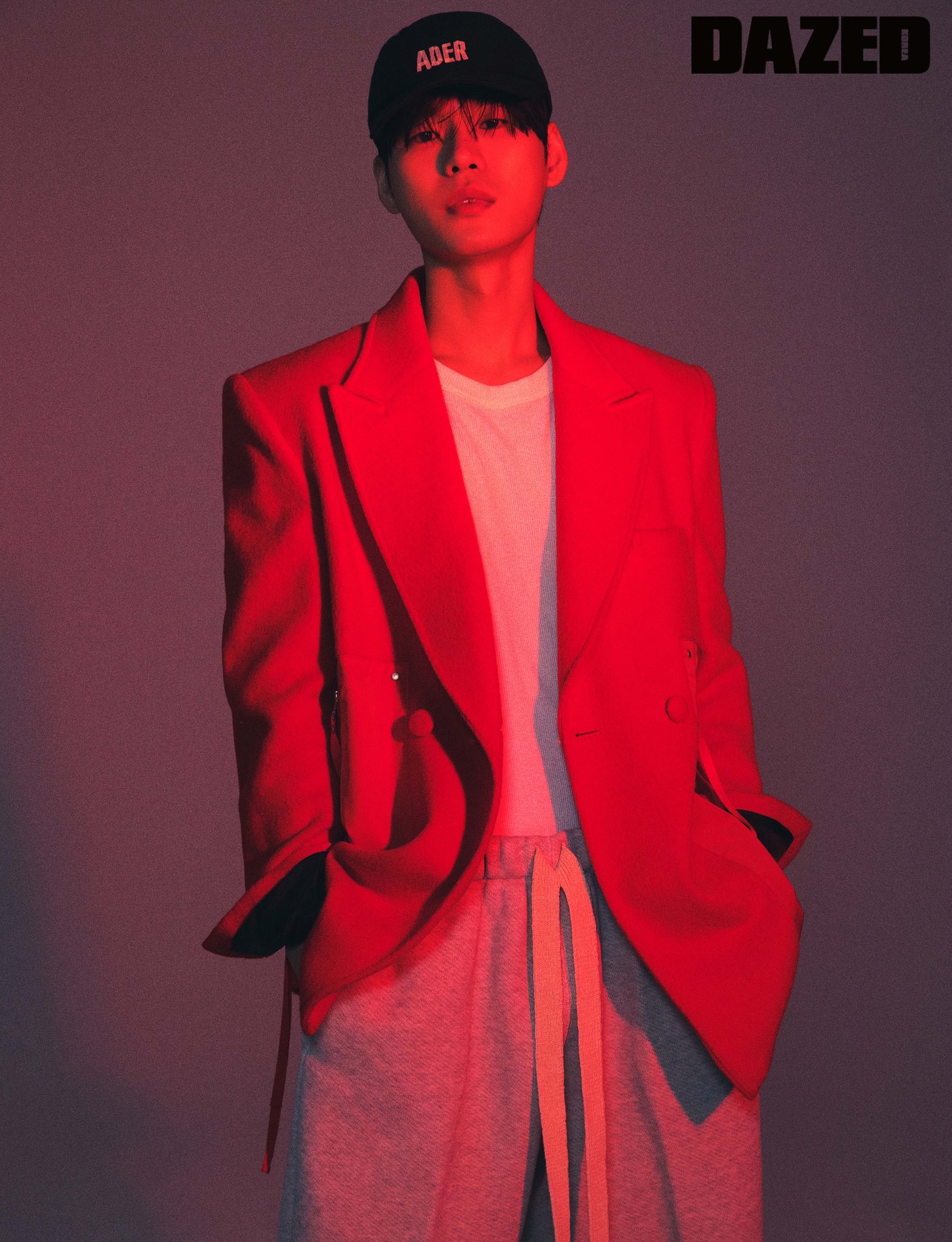 Yoon Ji On reflected on his past roles and remarked, “I don’t think there’s anyone in the world without a story. Whether the role is large or small, each character has their own narrative and story. And I think it’s my job to find out their story and express it and their life with actions and lines. I think and ponder about why this character chose this word out of so many words.”

When asked about the dreams he wants to achieve, he replied, “Rather than dreaming about something big and approaching it, I try to do my best slowly and silently in the precious things now, including the projects given to me. I think they’re small steps that help me achieve something bigger than my big dream.” 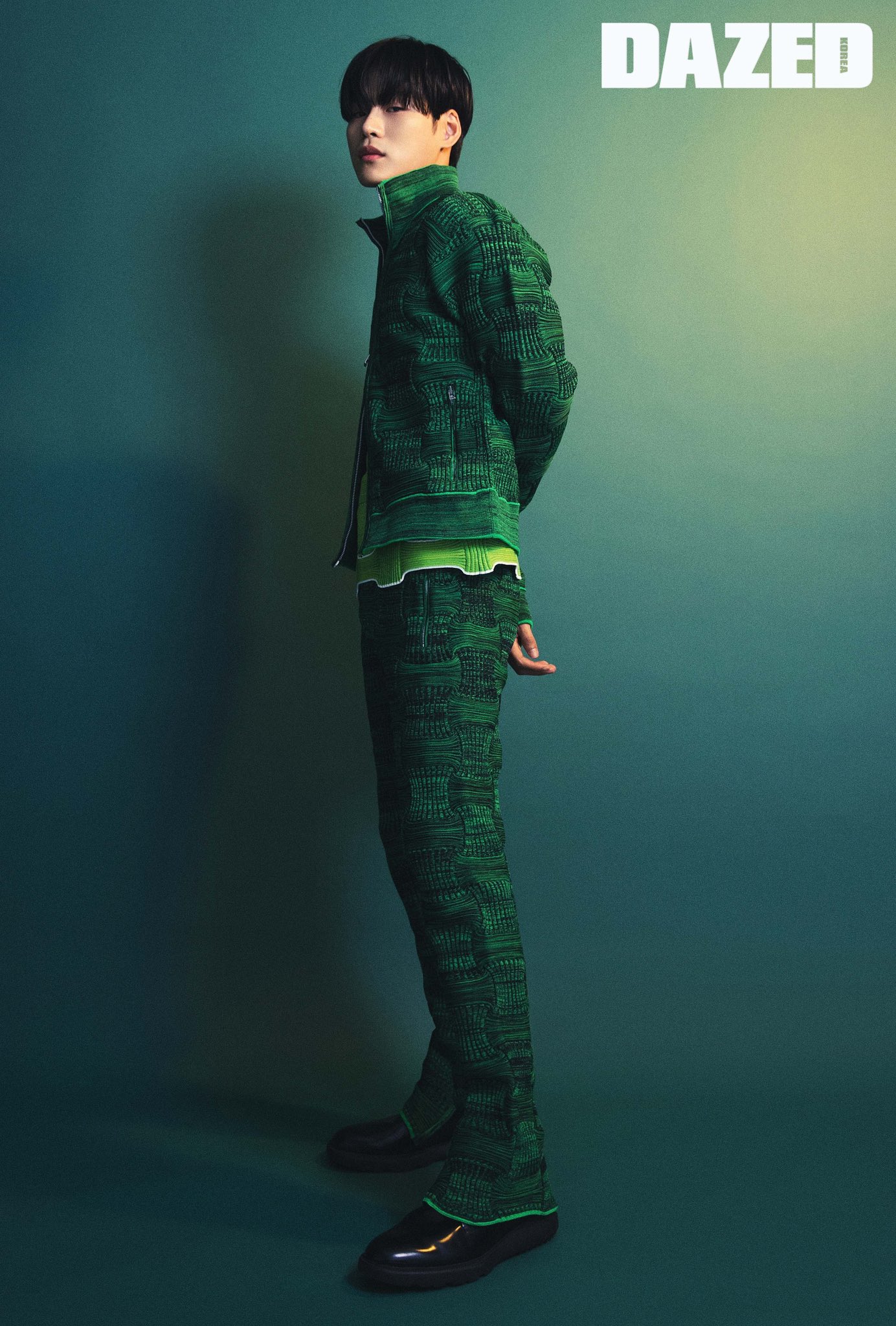 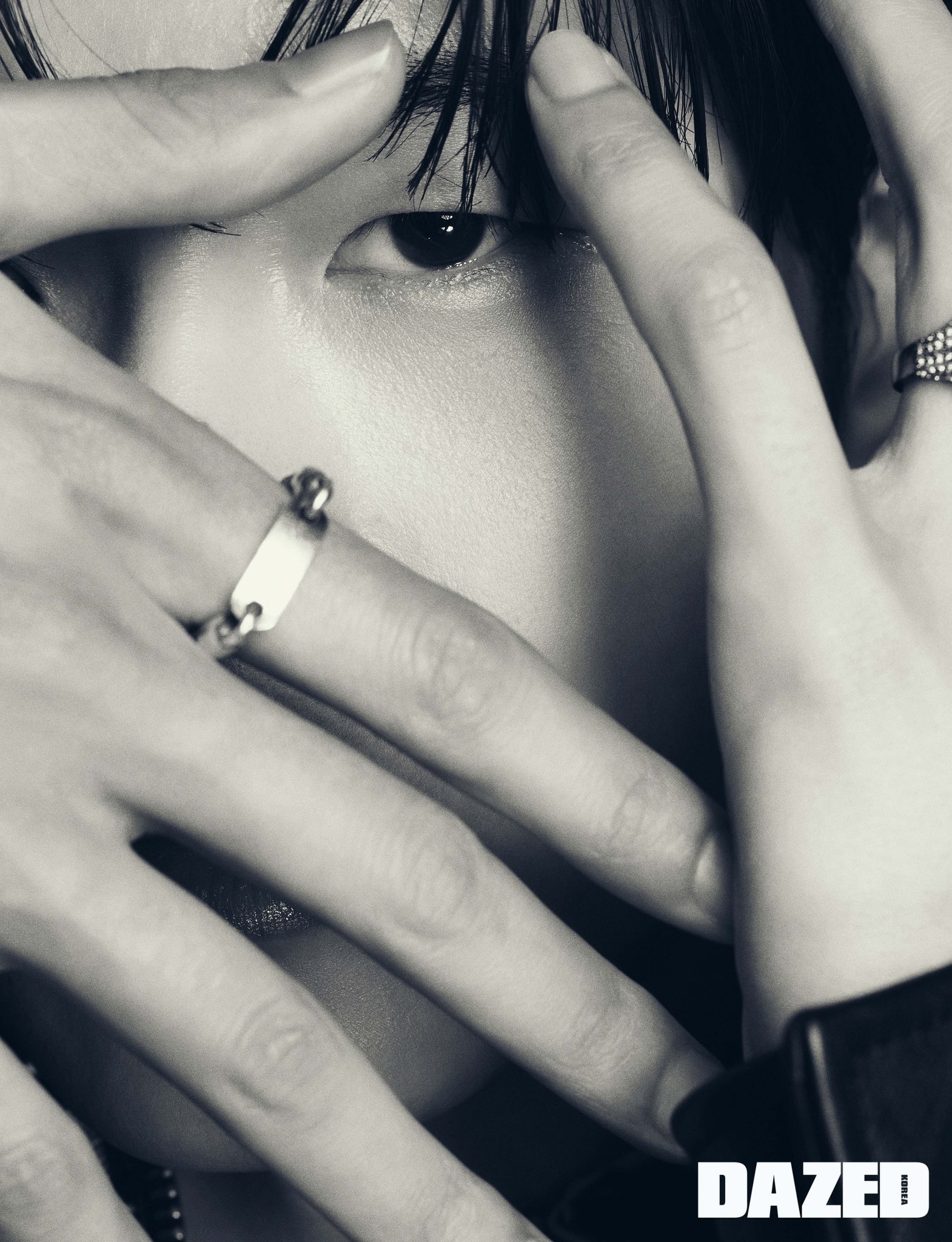 Watch Yoon Ji On in “Melo Is My Nature“:

Dazed
Yoon Ji On
How does this article make you feel?