3 Reasons To Catch The Must-Watch Premiere Of “Bloody Heart”

There’s much to be excited about in the upcoming drama “Bloody Heart”!

KBS 2TV’s latest fictional historical drama is about the bloody political romance between Lee Tae (Lee Joon), a king who has to abandon the woman he loves to survive, and Yoo Jung (Kang Han Na), a woman who has to become the queen to survive.

Closing in on the premiere, here are three elements that will keep viewers’ eyes glued to the screen in the first episode!

A merciless play of fate

Lee Tae and Yoo Jung still love each other despite their history of being lovers back in much simpler times and breaking up. In the first episode, the complete backstory, from why such lovers had to face a painstaking breakup to how they came to lead lives in completely different worlds, will be revealed.

Furthermore, an unexpected turn of events will follow suit as Yoo Jung enters the palace which Lee Tae resides in. Viewers are curious to find out what has caused the two lovers to meet again but this time, as political enemies who can’t coexist under the monarchy. In a situation where one’s existence dangers the other’s, viewers wonder if they will be able to draw their blades against one another.

A complex web of tangled relationships

Jang Hyuk stars as Park Gye Won, the first vice-premier and the real head of power in Joseon. He is termed as the “Kingmaker” and is known for his undeniable charisma without even having to raise his voice. Park Gye Won is determined to never see his beloved Joseon weakened by another tyrant. He also keeps an eye on anyone and everything related to the king, naturally coming to butt heads with Lee Tae. On top of all this, Park Gye Won happens to be the queen dowager’s first lover. Thus, queen dowager Choi Ga Yeon (Park Ji Yeon) supports Park Gye Won’s political agenda by using her great political power accordingly.

Heo Sung Tae plays minister of war Jo Won Pyo who is the most influential power after the first vice-premier. Together with his daughter Jo Yeon Hee (Choi Ri), who lived an ordinary life before meeting Lee Tae, and Jung Ui Kyun (Ha Do Kwon), a former martial artist who mysteriously became Lee Tae’s eunuch, the three characters will add additional murkiness to the complex storyline. 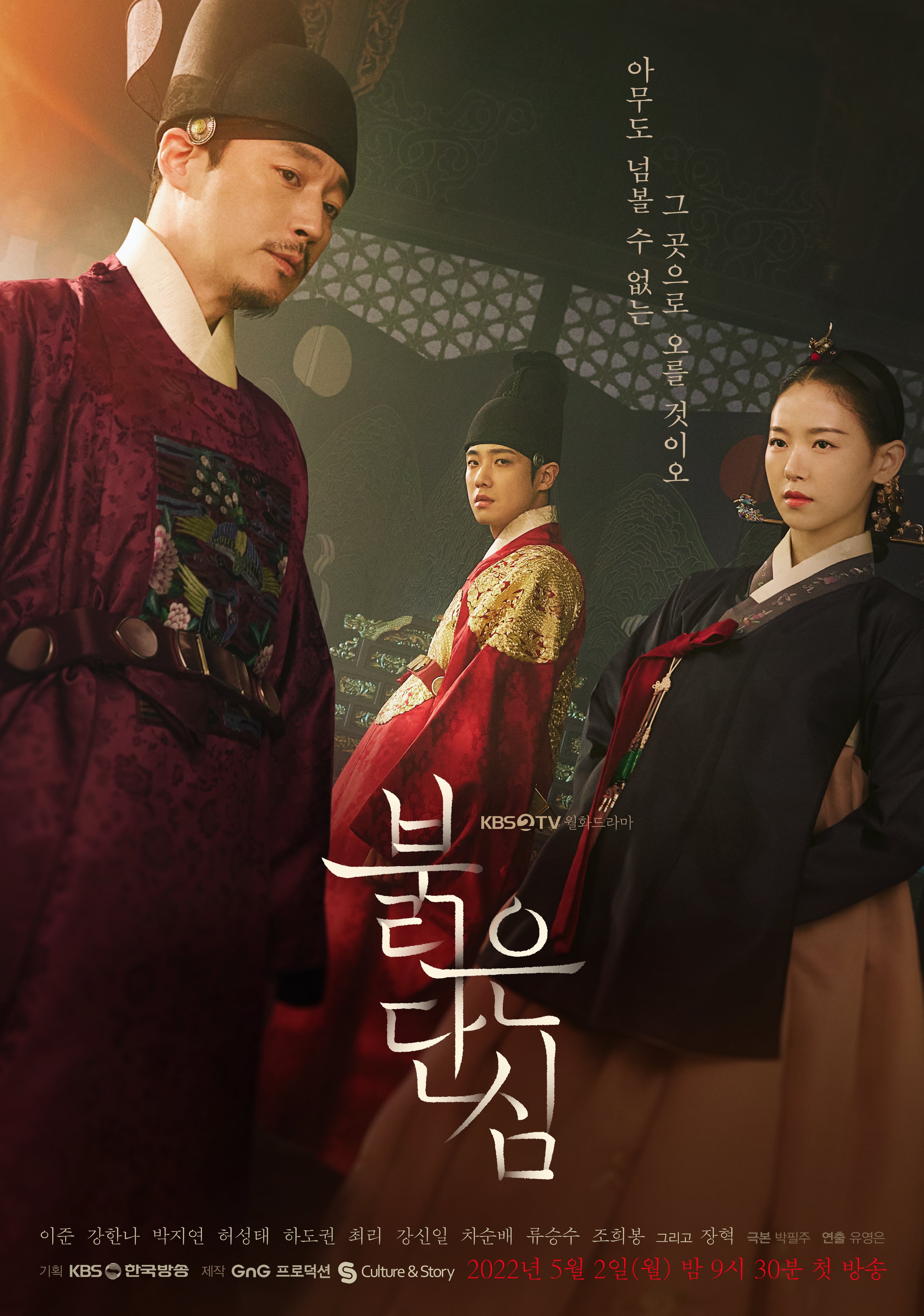 An intricate fusion of individual narratives

“Bloody Heart” will be a joining of characters manning their own narratives. As they mold together, the story will encompass a spectrum of emotions, resonating with the audience in the process. This will especially apply to Lee Tae’s and Yoo Jung’s stories as they navigate a series of obstacles and hardships to portray the royal romance of the century. Will the characters be able to stay in control of their growing desires and passions? Stay tuned to find out!

In the meantime, watch Lee Joon in “Heard It Through the Grapevine“: