The new launching poster shows the spaceship that travels between 2022 and the Goryeo Dynasty to allow the film to be set in both time periods. Ryu Jun Yeol stars as the wishy-washy Moo Reuk, a Taoist who is neither this or that, but is determined to get ahold of the legendary sword. Kim Tae Ri plays Lee Ahn, a woman who can shoot thunder.

Kim Woo Bin portrays Guard, who is in charge of escorting alien prisoners, while So Ji Sub plays Moon Do Seok, a detective who ends up getting chased by aliens. Yum Jung Ah and Jo Woo Jin play the two gods of Samgak Mountain, Heuk Seol and Chung Woon. 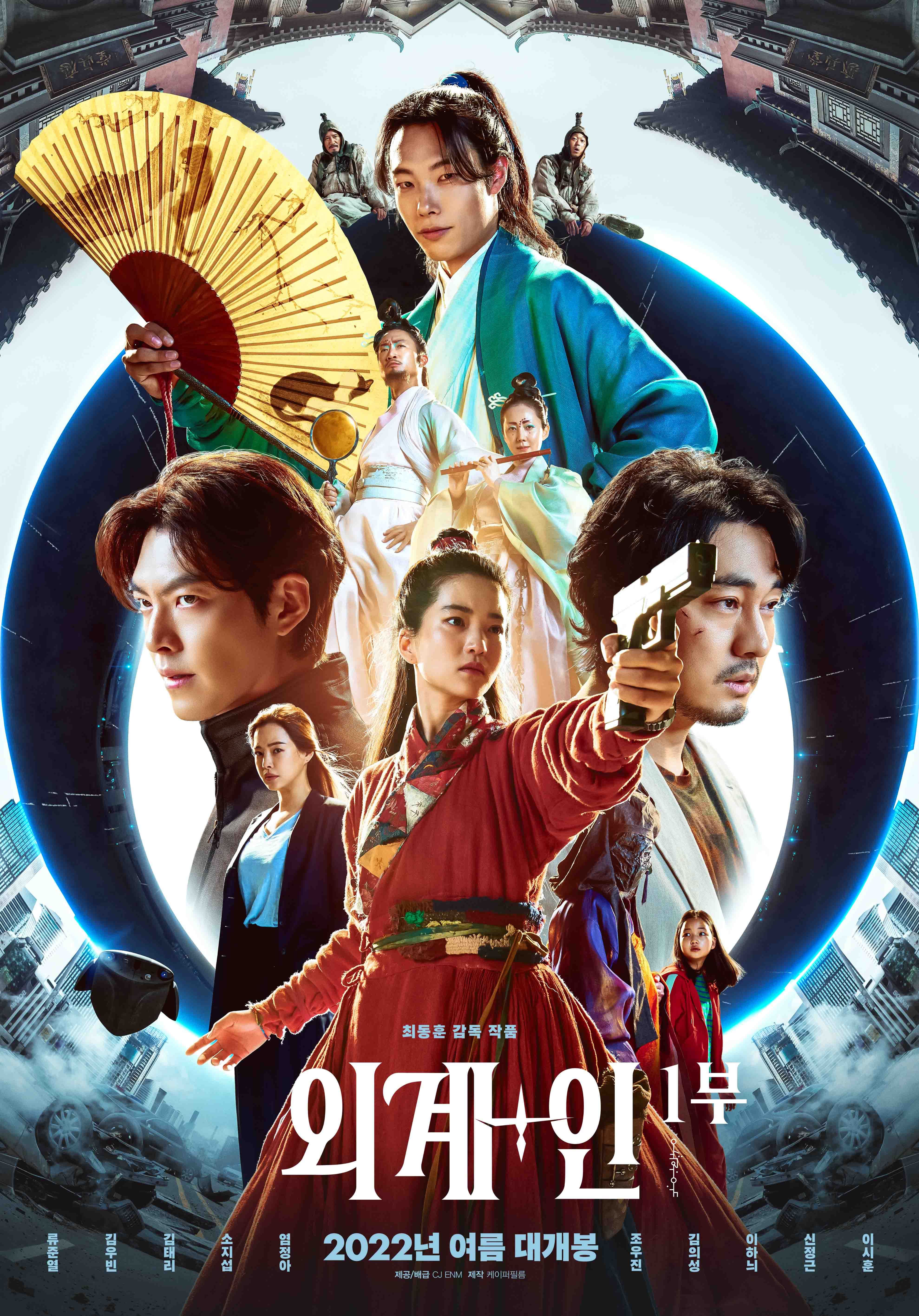 The dramatic trailer for “Alien” kicks off with a car falling from the sky – but during the time of the Goryeo Dynasty. As the clip jumps back and forth between the Goryeo Dynasty and 2022, the screen reads, “In 2022, the new world you’ve been most looking forward to and curious about will arrive.”

After a chaotic series of robots, supernatural powers, and action scenes, Moo Reuk asks, “What the heck is this?” Later, in present day, Guard firmly comments, “Blocking that is my mission.” With just as much determination, Lee Ahn states, “I can’t lose what’s mine.”

Before displaying another set of wildly intense action scenes, the trailer takes a quiet turn when Guard, as if bored, asks, “Hey. How much longer do they say I have to stay on earth?”

Part 1 of “Alien” will be released this summer.

In the meantime, watch Ryu Jun Yeol and Kim Tae Ri in “Little Forest” below: